Hey guys, the Arena of Valor Tier List with Florentino and Sephera has been updated. An additional important change has been made to Quillen status. The entire AoV Tier List can be found HERE.
Quillen

, at the time of his release and for the short time after, was expected to dominate and to be hard to deal with. What we didn’t expect is for that time to last this long. Considering this is Solo Q Tier List, and Quillen has proven difficult to deal with without team coordination (we all know how much of solo q team are coordinated 🙁 ). For this reason, we have moved Quillen to Epic status. 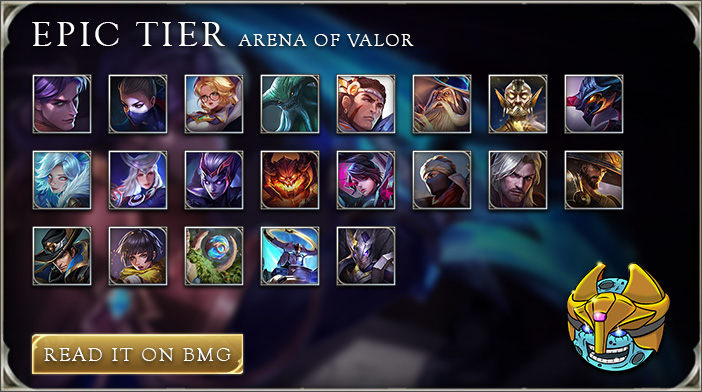 release has not made such an impact like her predecessor, and she landed in between the roles of Mid and Support. Thou gifted with some nice sustain, for both her and the allies, as well as being untargetable for the duration of her ultimate, Sephere struggles in few crucial departments. Thou proclaimed as Mage/Support, Sephera is played mostly as Mid-lane champion, with her presence not being among better ones. With bad scaling and weak burst (if we can even call it a burst), Sephera relies on her utility for effectiveness in the game. An overall very boring champion without to much power. Because of the potential for somewhat creative play with her ultimate, we placed her at Fair status (she definitely feel like underwhelming). 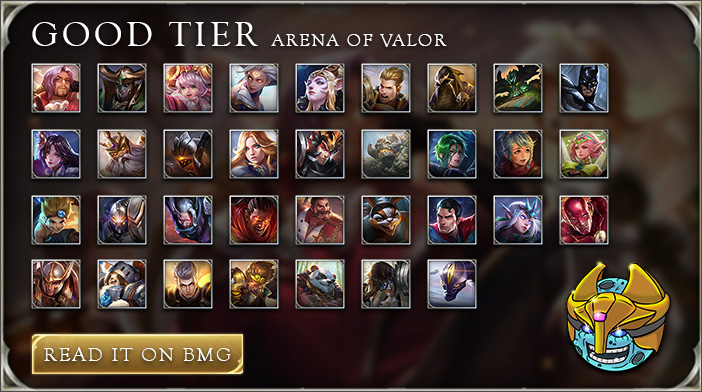 And finally, the lover boy, the one all woman are dreaming about and man are asking: ”What…? Him!?”

Florentino’s arrival at the AoV scene seems almost as Tencent is making up for the simplistic play of Sephera. Florentino, the Gentle Blade, is quick, flashy and very hard to play at the maximum level. The amount of burst damage and being elusive in combat makes this champion fun, but very demanding to play. That being said, he is not without weaknesses, the complexity of gameplay is one of them, the necessity of landing good Blossom and picking up flowers, while in midst of the combat being another one. For now, Florentino belongs in Good tier, but again as with Quillen his status will be monitored in the next few weeks and if necessary, changes will be made. 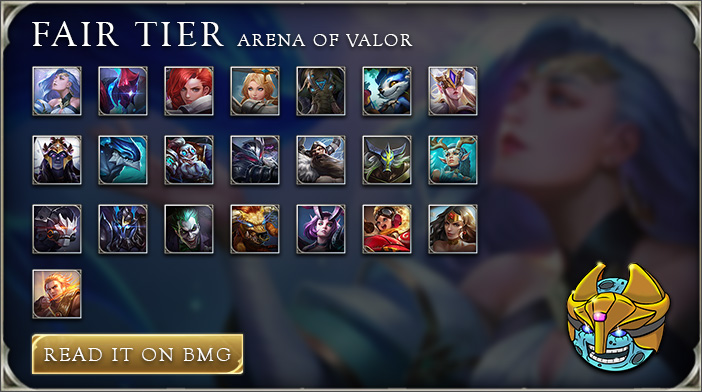 As an added bonus, I want to let you know that we are in process of completing the tools we had in plans for Arena of Valor and as soon as it is completed, we will let you guys know and will release it for public use.
Stay in touch with the source of all-things-gaming here at Bluemoongame.

Vojin Obucina, also known as “Old Fart”, or “Supreme Leader”, is among other things a content creator for Bluemoongame. His interests vary from Philosophy and Economics to Gaming and Engineering, but his true passion are games with a good mix of RPG & strategic elements as well as good tabletop/DnD campaign.