Winter is coming and with that the new Arena of Valor update named “Winter Wonderland” set for release on 13th December 2018.

EDIT (13. December 2018): The update is released and with the number of changes, both major and minor we are working on implementing and updating our content, from guides to tier lists. A large number of well-performing champions got nerfed, and some of those less used got some buffs. The main question is where are they going to land in new meta-game. For more info stay tuned with Bluemoongame as we got our ears to the ground and during the weekend we will finish our analysis and share our findings.

There is a large number of changes planned for this update, so we have taken the time to note the most important ones. 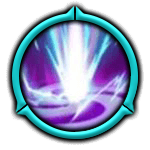 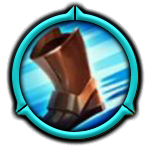 1. Talent – Daze and Sprint buffs (Stun instead slow effect it reduces enemy damage by 40% for 2 sec and Sprint got large burst of speed for the first second.)

3. Tower damage reduction with no minion wave is reduced from 80% to 70% and added Damage limit of 1000 for one instance of damage by her towards a tower.

4. When summoned Drake will lock onto nearest minion wave instead of the nearest tower.

6. Annette – don’t need to cast continuously for the ultimate.

8. Batman – cannot be targeted during the flight if it’s activated while being in stealth.

9. Baldum – buffs across the board that push Baldum more toward Jungler role.

18. Arum – passive: Ravenous Beasts, when Arum is in the brush and not in the enemy’s vision, the ravenous beasts summoned by Arum cannot be seen by the enemy.

These are just some of the major changes planned for 13th December 2018.

Vojin Obucina, also known as “Old Fart”, or “Supreme Leader”, is among other things a content creator for Bluemoongame. His interests vary from Philosophy and Economics to Gaming and Engineering, but his true passion are games with a good mix of RPG & strategic elements as well as good tabletop/DnD campaign.