Welcome to the Arena of Valor (AoV) Jungler Tier List. Here I will try to present the current Solo queue hierarchy of all relevant jungle champions
Jungle role is one of, if not, the most influential role in Arena of Valor. Because of that, it is in the state of constant chaos, everything is rapidly changing but mostly the value of assassins and marksmen.
The current state of things is as on the picture below.
Mid  DS  Marksman  Support 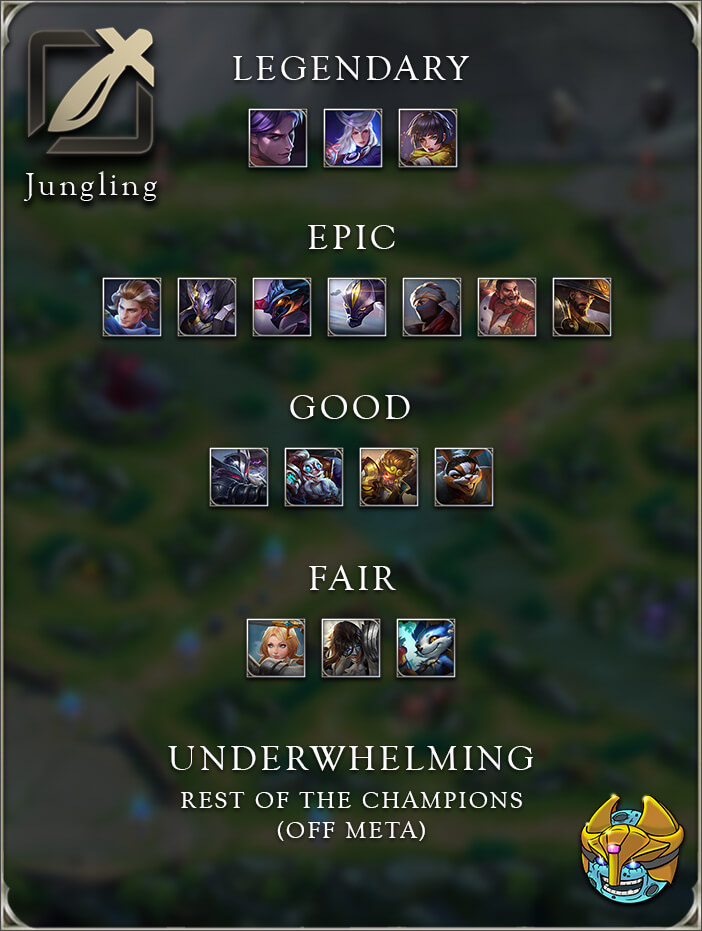 Because jungler is acting like a glue for the team, it is important to fit in with team composition. For example, it is perfectly reasonable to have marksman in the jungle, but not so if there is already one inside Abyssal Dragon – lane. One of the safest jungle picks is Zephys. He is rarely the best champion for the current meta, but he is one of the most versatile heroes around. Lots of damage, tons of control, mobility and resilience gained from passive, all this makes Zephys one of the most used champion around. However, the Tier Lists always promote current metagame and so versatile champions are rarely at the top.

We have seen some of the “weird” picks in jungle lately, like Mganga and Wonder Woman, but we decided to wait and see if the frequency of that kind of picks increases, and if so, we will implement it in out Arena of Valor Jungle Tier List.