Marvel Strike Force 2.4 Update is coming next week and FoxNext is about to make major balance changes in the game! As you know, in the new update Ronan and Kree minions will be improved but that is not all – two new Kree characters, Minn-Erva and Captain Marvel, will enter the fray as well. Changes will be significant and we will definitely get another META team for both Raid and Blitz. Since we still don’t know anything about Captain Marvel (she supposed to be one of the most powerful Heroes in the whole Galaxy according to comics) and her skills, it is early to predict the influence of the Kree team in the Arena. The thing we know for sure is that Kree minions and Ronan will finally be useful and I will now talk about their new skills. 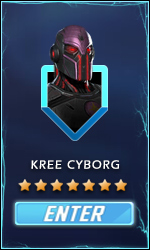 Kree Cyborg will have increased stats and a new ability to chain his attack to the next target after killing an enemy. Additionally, he will be granted ability energy after each kill and that is very important since Ronan will heal every Kree minion who gets additional energy. Also, his special ability will grant a bonus attack at 100% rate. Above all that Cree Cyborg will apply Offense Up on self and random Kree ally whenever an opponent uses Taunt ability. 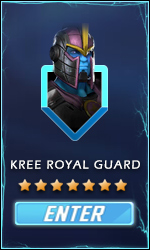 Kree Royal Guard will have increased health and increased healing upon using Taunt if Ronan is an ally. When someone attacks him while he is Taunting he will grant ability energy to Kree allies which means that whenever he is attacked some of the Kree minions will receive healing from Ronan. 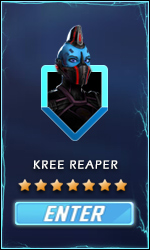 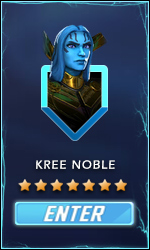 Kree Noble will now have a chance to remove the positive effect from enemies with her basic ability and if she successfully removes the buff she will grant additional ability energy to Kree allies. Her special ability will now grant assist to an adjacent ally so be sure to put best damage dealer next to her. Best of all is that now her passive ability will remove 2 negative effects from Kree allies (1 from other allies) on her turn. 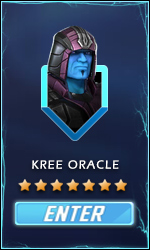 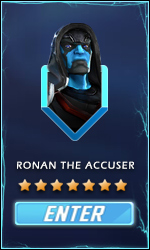 Ronan is the leader of this team and he is a practically totally new hero! His basic will first remove 2 positive effects from an enemy and then inflict unavoidable piercing damage (this whole attack is unavoidable!). His special ability will remove 2 negative effects from all allies and summon 2 Kree minions (Kree Reaper and Kree Noble are possible summonses). His ultimate will now deliver decent damage to all targets and apply ability block for 2 turns to primary target and ability block for 1 turn for another random target. Ronan’s passive ability will be incredible – he will grant extra damage, extra resistance and extra health to self and all Kree allies as well as he will grant heal and improved Speed Bar to any Kree ally who gets additional ability energy.

I am not sure if you are aware of the potency of this team but trust me, Kree Team will be definitely the best team for Raid with those changes. However, we must wait to see if the Speed of Kree members will be improved before reaching to conclusions but I am sure that FoxNext must change that as well.

In the end, let us talk about the new character Minn-Erva. Minn-Erva will be Cosmic Kree Villain with amazing healing abilities. She will be available soon after the update in the special Minn-Erva Campaign Event. Her basic skill will grant Regeneration to the lowest health ally and will have a chance to apply Bleeding to the target. Her special ability will heal an ally with the lowest health and generate ability energy to Kree allies. Additionally her special will revive a fallen ally and apply Deathproof to that ally. Minn-Erva’s ultimate is incredible – she will redistribute health from enemies to allies bypassing HealBlock in the process. Her ultimate will also apply Bleed to enemies and grant Regeneration to allies. If her allies are Kree, they will get Deflect as well. Minn-Erva’s passive grants her increased Speed Bar every time an ally dies and after each enemy kill she will heal the most injured ally. Minn-Erva’s skill-set is very useful and she will be a great addition to any Raid team and not only the Kree team.

Captain Marvel will be introduced later and we don’t have any information about her abilities. Keep in mind that Captain Marvel is one who destroyed Thanos and that her powers are unparalleled with any other Marvel Hero. I can’t imagine how will the Kree team look like with her after all those changes. They seem unbeatable already and I am curious what will FoxNext do next in order to improve this great game…

Until then, good luck and may the RNG be with you!