Castlevania Grimoire of Souls, the latest gaming entry in the famous franchise, is coming exclusively for mobile gaming. The upcoming side-scrolling adventure will include characters from the series and it was announced at the 2019 Tokyo Game Show (TGS 2019) that the game is set to hit both iOS and Android devices, and no other platform. The release date is still, unfortunately, unknown.

The upcoming game will follow Genya Arikado, who is known to the fans of Castlevania: Aria of Sorrow and since. As the revealed story so far goes, Genya receives info about the Grimoire’s awakening. As he is asked for help, he charges head on to prevent the spread of evil. However, at TGS 2019, it was confirmed that Genya is not the only character playable, as the game will also include Simon Belmont, Alucard, Maria Renard, and Charlotte Aulin.

The Castlevania Grimoire of Souls gameplay was already featured several times, with the fan’s even having the chance to try out the flashy moves of their favorite characters before in a closed-beta test. That was in May 2018, and the fans are raging since the release date keeps eluding them. However, Konami has confirmed that the game is coming to both iOS and Android and that it will be available worldwide by the end of 2019, so we hopefully won’t wait too long.

On the brighter side of things, TGS 2019 did provide further insight into the game. All of the mentioned characters will be coming with their unique abilities and skills, some faithful to the source material and some new. For instance, Simon Belmont will, of course, have his whip and Charlotte Aulin will cast various spells. The side-scrolling hack & slash gameplay is the series’ trademark and tradition, and it will not be tempered with of course, like in Lords of Shadow. 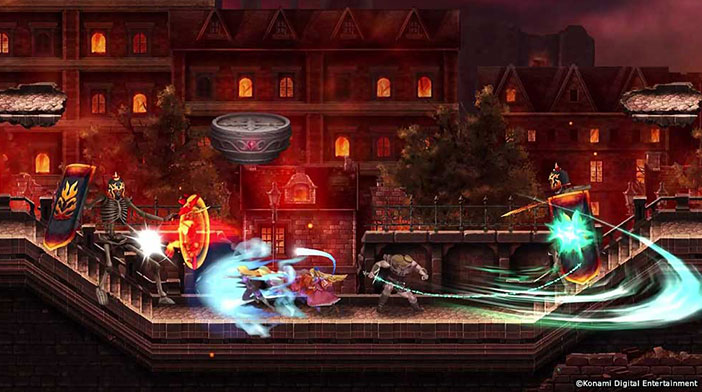 New features also include the multiplayer mode, where the players will get the chance to play as a team and go on a Bounty Hunt to defeat as many of their enemies as they can within a set time limit. It is rumored that up to four players will be able to participate in this slaying extravaganza. Castlevania Grimoire of Souls mobile exclusive is coming to Google Play and iTunes App Store by the end of the year, so we’ll just have to bide our time.