The last week of December is behind us, as this one is shared by 2019 and 2020. New Year’s Eve is in just two day’s time and we hope you will spend it in good health and fun with your loved ones. The last week was eventful in the gaming industry, as plenty of new things have happened. However, there were mostly good news and discounts offered, so here is a brief recap in case you missed anything.

Our online partners in journalism, iPhone Glance, presented a horror game with Lovecraft trademarks for all Ctulhu lovers – Dread Nautical. It is an indie title developed with great ambition, and delving into Lovecraft’s devious mind is always fun. 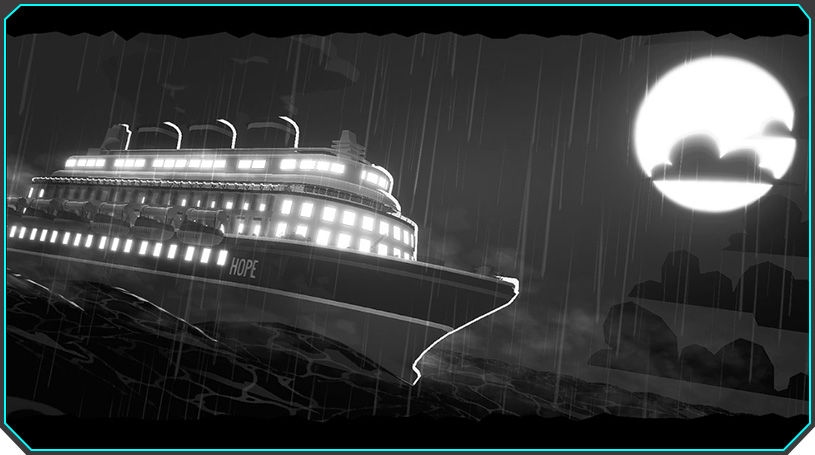 Google Stadia games pricing was revealed with the discount for Pro subscribers. Deals for games like RDR2, Rage 2, and others are certainly looking quite attractive, while the pricing model presented by the cloud gaming service is reportedly better than anyone had hoped. People are generally content and sending favorable reviews for Google’s decision to charge no monthly subscription fee for streaming games that the users own. Still, the Pro membership also hides its own merits, and they are abound.

The Pro membership brings free/discounted games and better quality streaming capability, which is fine by anyone’s standards. The prices for each title that launched on Stadia were revealed on Christmas, and a Mary one it was. Mortal Kombat 11 is still available for $41.99, Red Dead Redemption 2 Launch Edition for $47.99, and Tomb Raider 2013 for $10. Many of the games also come with their special editions, which are mostly all discounted, so check it out.

Figures came in last week and, as expected, twitch rules supreme, staying the #1 streaming platform for the year 2019. League of Legends is #1 streaming game, while the most popular streamer in 2019 was Tfue. LoL remains the first and even marks a 7% increase compared to last year, while Fortnite has had a -28% decrease. Twitch is well ahead compared to all others and holds 73% of the streaming market share, when hours watched count.

Next is YouTube Gaming with 21%, and Facebook gaming and Mixer both have 3%. Mixer and Facebook Gaming are relatively new and have marked a slight growth, as well as YouTube. Last year, in 2018, Mixer has had 1%, Facebook Gaming 1%, YouTube Gaming 22%, and Twitch 75%, so it appears that they have snatched a few percentages off from the giant, undoubtedly after their talent acquisition, like Ninja.

Tfue is #1 with 87.78 million viewing hours billed in 2019, with Shroud from Esports taking #2, summit1g #3, Ninja #4, and Asmongold #5. Top female streamer was Saddummy, with Amouranth and itsHafu right behind.

The western version of Black Desert Mobile got its first major update with new content and events, and it is already live worldwide. It came even earlier than Pearl Abyss promises, due to many of the features from the Asian version missing in this western one, let’s call it that. New content includes a new region, South Mediah, with its sub-areas like Abun Village, Altinova, Marni’s Second Lab, and Abandoned Iron Mines. It also includes new quests and Boss Rushes. Max level cap has been raised to 60, up from 55, while the original cap is 65.

Weapon and armor Enhancement cap is also increased to 35, up from 30, and now players with high level can further strengthen their weapons and armor which goes hand in hand with the new areas and battlefields, and the release of the Mystical new powerful gear. As far as the events go, we now have the Hammer of Fortune Event, which is practically a holiday event given its timing, but it lasts until December 31.

Nintendo Switch Holiday Sale begun last week, for all fans of the arguably best family video game developer in the world, and certainly in 2019. At The Game Awards 2019, Nintendo’s titles like Luigi’s Mansion 3, Super Mario Maker 2, Super Smash Bros/Ultimate, and Yoshi’s Crafted World were 4 out of five nominees for the Best Family Game, with Luigi’s Mansion 3 winning the title.

Their offer includes Nintendo Switch system + Mario Red Joy-Con controllers at just $299, and many other games, like The Princess Guide for $19.99, Disgaea 4 Complete+ for $39.99, GOD WARS The Complete Legend for just $19.99, and others.

Google and Apple removed ToTok from their stores

ToTok messaging app is no longer found on the Google Play Store or the iTunes App Store, since last week. According to online sources, it has everything to do with the government surveillance reports update. While the info on this is scarce, ToTok developer has already issued a statement to address this question. However, the statement has done little to disprove the allegations and is only strict denial at this point.

The two main people behind ToTok are its co-founders Long and Giac, who have addressed the allegations in a manner harshly condemned by other online sources. Mainly, the article by The New York Times has stated that ToTok is a “spy tool built by the Israeli intel officers” which serves to “track personal appointments of its users”. But, computer experts, government sectors, the New York Times, and a large number of the population are quite displeased with the reply these two gentlemen gave regarding the accusations.