Probably one of the best looking Hero-Collector RPGs, Epic Seven was available solely in Asia for the first few months of release but is available for the English speaking market for a few months now and the feedback is entirely positive. There are but a few in-depth overviews on the web so let’s have a go at this seemingly new generation of turn-based, hero collector, RPG, action, and what-not game.

Smilegate is developing video games since 2002 and has over half a dozen subsidiaries, including for investment and entertainment. Epic Seven was nurtured by their Smilegate Megaport section, but it doesn’t matter much because the whole company’s priority is video gaming, publishing, and social contribution. They are based in South Korea, the place from where all the gaming myths and legends come from, and they make PC, mobile, and virtually all other platform games there are.

They are behind such titles as CrossFire, SoulWorker, Lost Ark, SkySaga: Infinite Isles, ChaosMasters, and more… It appears they have a particular tendency to not leave any space in-between the titles of their games.

The game naturally looks up to the new generation of anime-friendly game modeling, with their own contribution in the incredibly detailed character appearance and overall mechanics that flash over the entire screen like Christmas, only better.

The best thing about it is probably the cutscenes, which are in fact done like short animes. So, there are these entire animated movies that tell the tale and introduce the player with the characters and the plot. And, before you start thinking that these are maybe some animations similar to a motion comic style or something like that, you need to realize they are actually fully developed anime, with animation quality that matches Attack On Titan, for example. 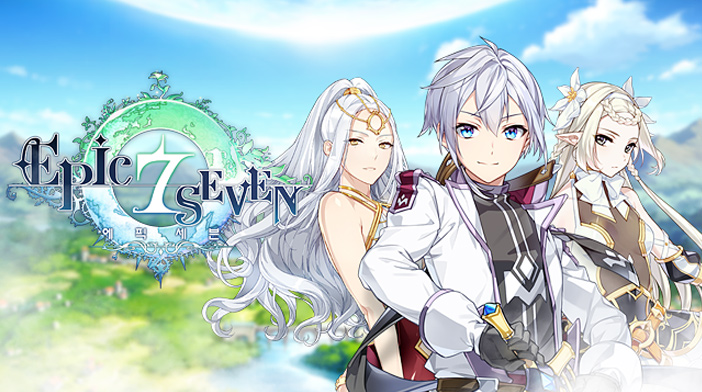 The rest of the game looks amazing as well, with artful backgrounds that really help put the atmosphere to the play. Every detail visible on your screen has got its light and shadow rendered to perfection. Every character model has its unique appearance and style, and all are quite distinctive giving new players easy time to get to know the story fast. Spells, animations, and virtually everything in this game light up in a way that it will bring satisfaction to even the most demanding soul.

Who better to tell the tale but the Asians?

Since the game has only recently become available for the English speaking market, the story was fairly unknown to players who still managed to get the game via some assistant client. The initial plot resembles Greek Mythology in terms of personifications of the divine.

So the Gods are at war and this Celestial conflict already claimed many lives and victims. One of those victims is Orbis, who was also supposedly the lover of Diche, a goddess with the power of creation.

Diches sorrow and sadness for the death of her love makes her create an entire world on his lifeless body, which is the world we as players begin on. Diche then pledges to abandon the Celestial war and entirely dedicate herself to watching over her new creation. – the Orbis-land.

Ilryos, a friend of both Diche and the deceased Orbis, attempts to snap Diche out of her sorrow-stricken trans and urges her to aid them in the ongoing conflict. His methods become violent, as he sends out his own Arch-Demon to attack the Orbis-land and destroy what he calls illusion Diche is preoccupied with.

In return, Diche creates a superhuman called Ras, who is donned the ‘great heir’ title and she also creates 4 of his subjects, the lesser heirs.

These lesser heirs are normal beings in the Orbis-land, who help Ras fight the Arch-Demon. They are given the power to do so, like the power of rebirth (but without the memory of their previous life).

When all guardians fall, the entire world resets, and only Ras keeps the memory of what transpired, which is an interesting way to incorporate the usual gaming system to the story. It is not anything out of the ordinary, but at least they took the time and effort to fuse the story and the gameplay together.

As the title suggests, Epic Seven is an animated, Online, RPG, turn-based, action game that takes its core gameplay from familiar games such as Summoners War. Here you move your team of 3 guardians, all with 3 unique abilities, and encounter demons in the Orbis-land you need to destroy. The character progression is naturally present in all aspects of the game, as well as the other familiar mechanics such as items, special attacks, combos, etc…

During the off-stage of the game, you Heroes chill in the tavern, where you can apply all the usual stuff, like buffs, potions, items, special boosts, packs, level them up, and everything you all are quite familiar with, no doubt.

The damage sources in this game, however, do not just have the usual rock/paper/scissors mechanics and are entirely unique and independent, only relying on your skill, character progression, and damage type like magic or physical.

You collect the usual stuff, like resources, gems, crystals, and use them to purchase various upgrades for your characters, like runes, weapons, ability boosts, and stuff. An especially welcomed addition in Epic Seven is the initiative bar, placed on the left side of the screen by default. It lets you know the order in which the characters will have their moves in combat. This was lacking in many titles in similar genres so far.

Epic Seven is taking over the English speaking market fast and with a good reason. It is a beautiful game, with a fusion of several highly popular genres, and all that is packed in an incredibly progressive environment. Everything other similar games lack, South Koreans did right and it is no surprise. The game has a 4.8-Star rating in the App Store (6.8K votes) and 4.3 on Google Play (94K votes) which proves its awesomeness. Epic Seven is easy to pick up but offers endless content and quite a rewarding experience, so it comes highly recommended!

Epic Seven is taking over the English speaking market fast and with a good reason. It is a beautiful game, with a fusion of several highly popular genres, and all that is packed in an incredibly progressive environment. Everything other similar games lack, South Koreans did right and it is no surprise. The game has a 4.8-Star rating in the App Store (6.8K votes) and 4.3 on Google Play (94K votes) which proves its awesomeness. Epic Seven is easy to pick up but offers endless content and quite a rewarding experience, so it comes highly recommended!