Elune is a turn-based strategy RPG that has been cooking in our pot for a long time even though the game came out not that long ago. The reason being is that it was building up its player base quickly, growing exponentially, and expanding along the way. As the game progresses, guides and strategies evolve along the way. It is not at a good place, with critical acclaim achieved, so we’d like to take a closer look and see what it is like. Also, we have composed guides for some of the most popular things asked by the community, in the second part of this page.

Elune mobile game was developed and published by GAMEVIL and they initially targeted Android platforms, but iOS was eventually covered as well… 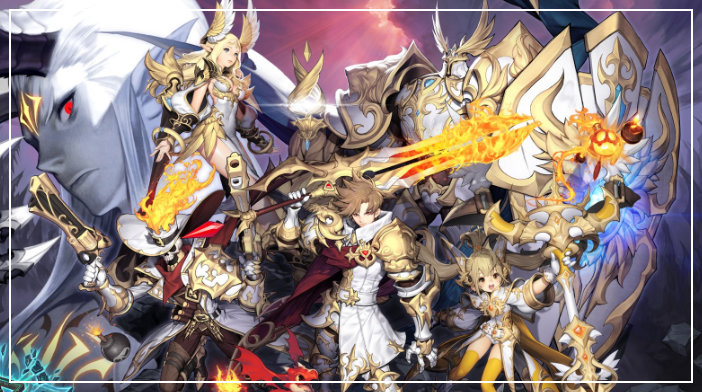 Elune mobile game was developed and published by GAMEVIL and they initially targeted Android platforms, but iOS was eventually covered as well. The game came out in mid-2019 and has thus far managed to amass a decent following, with community gatherings on Reddit and other forums, as well as building its Wiki publication. On Google Play, Elune game now has a solid 3.8-star score from over 20 thousand votes, while on the iTunes App Store it has a much higher 4.6-star score from over 2 thousand votes. It appears that unintentionally, this game was more suited for iOS owners, although it has over 500 thousand downloads on Android.

One of the Elune game’s strong suits, its atmosphere is achieved by very advanced graphics for mobile gaming in general… 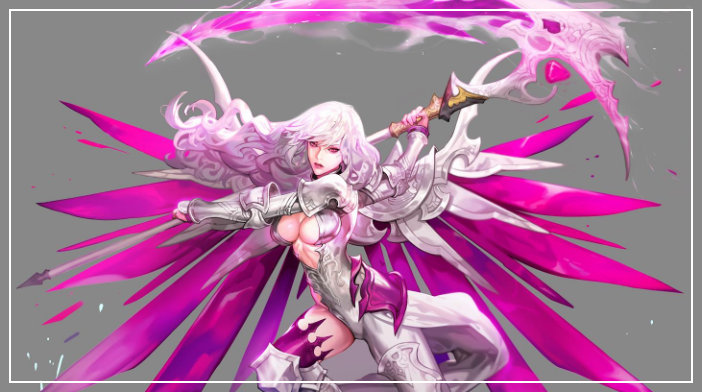 One of the Elune game’s strong suits, its atmosphere is achieved by very advanced graphics for mobile gaming in general, incredibly beautiful details, models, and animations, the traditional turn-based genre taken to the next level, and plenty more. Since the main elements which make up a game’s atmosphere are visuals, sound, and the narrative, The game certainly lacks in neither and will make you feel like you’re playing the next-generation mobile game. The story takes place in Dimensions of Elune, which are engulfed in chaos and only the righteous few can save it, which is a pretty straight forward plot to these kinds of games.

While its atmospheric components are very advanced, Elune relies on well-established gameplay elements for its core experience… 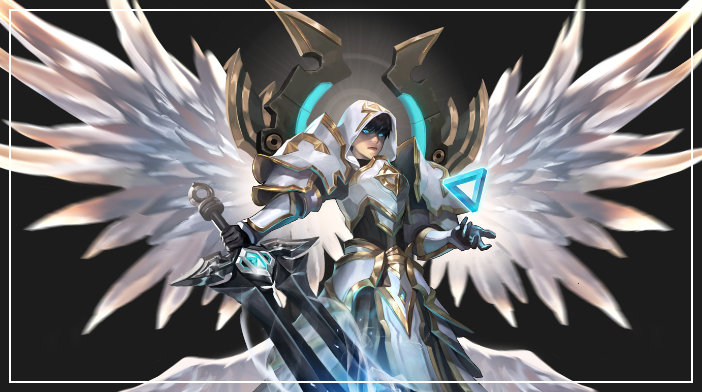 While its atmospheric components are very advanced, Elune relies on well-established gameplay elements for its core experience, adding a bit to it. It uses basic turn-based strategy gameplay for combat, naturally with many new and improved mechanics and plenty of additions of its own. Outside of combat, it fuses the experience with role play game hallmarks, hero collector, and offers high gaming diversity with other features, mini-games, modes, etc… Simply put, this is a gacha game.

Of course, Elune gacha adapts the traditional resources, awards, questing, and all the features people who are into mobile RPGs want in a game such as this. But, it manages to add its stamp through it all, with various innovations, improvements, and generally good ideas. The players summon, reroll, and evolve their heroes and they compose teams with the best ability, role, and effectiveness fusion.

Elune is very advanced in terms of visuals and appearance… 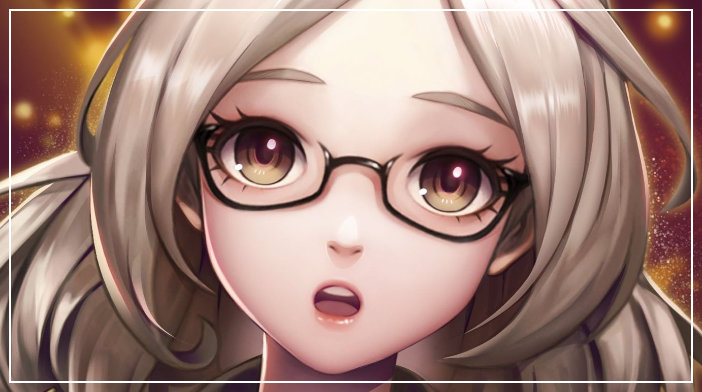 As mentioned, Elune is very advanced in terms of visuals and appearance. The game came out in 2019 and is still the last word in RPGs in this regard. It uses beautiful background illustrations, incredibly detailed 3D models, sophisticated animations, and very clear visual cues for all things in-game. This helps the game’s atmosphere greatly as this mobile game sometimes feels like a PC game altogether.

Elune is not for the faint of a mobile, sort to say… 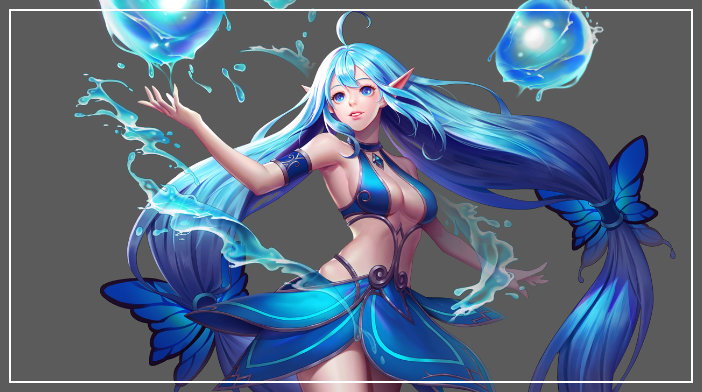 While it does feel like a PC game and it is pretty advanced and beautiful, Elune is not for the faint of mobile, sort to say. This game will need a stronger device, something with at least 2GB of RAM or ideally more. It requires iOS 10.0 or later and Android 4.4 and up. While it is compatible with older phones, like iPhone 5s, it won’t run smoothly on many of these outdated devices and it also needs over 2GB of storage space minimally. 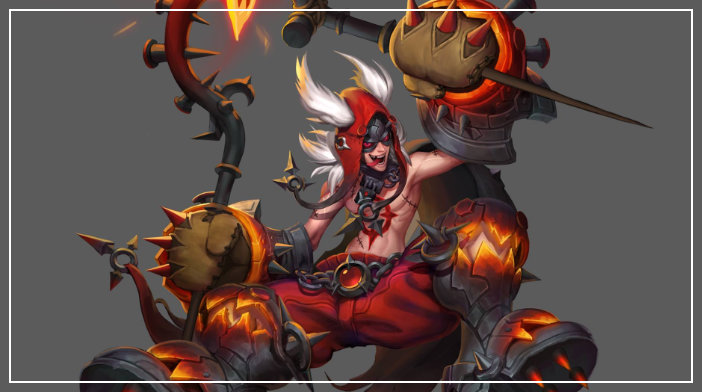 The game is free to play on both Android and iOS devices. The game features traditional in-game monetization systems, with some premium resources that you can hardly get without spending real money and stuff you need to farm forever if you want to get it without paying. Also, playing it competitively without spending real money is probably going to be hard. In-game microtransactions range from $2.99 to $99.99

The game pairs all the traditional hallmarks of turn-based strategy and hero collector mechanics and does not attempt to fix what isn’t broken with the genres, which is its strongest suit… 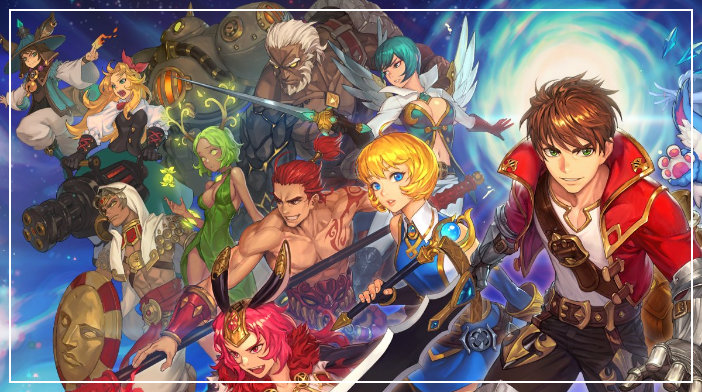 We said Elune is one of the most advanced RPGs in terms of visual style and appearance, and we stand by that. The game pairs all the traditional hallmarks of turn-based strategy and hero collector mechanics and does not attempt to fix what isn’t broken with the genres, which is its strongest suit. However, it comes at a price, for wrapping this traditionally good gameplay in such advanced graphics will require stronger mobile devices. All in all, the fans of these genre mixes do not need our recommendation to play the game, for they probably are playing it already. 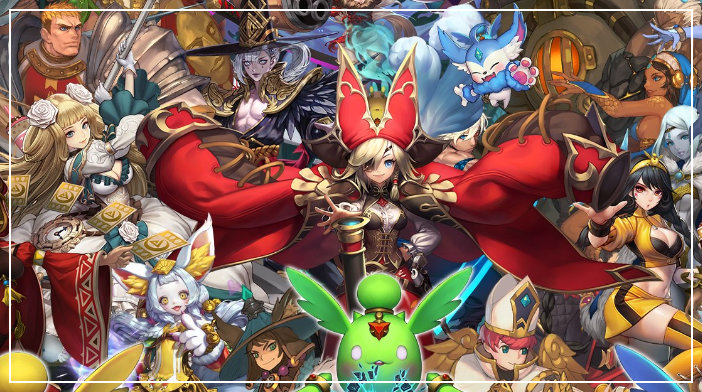 While we’ve covered the basics of Elune gameplay in the first part, it is interesting to note how quickly the player community gathered around this game. Reddit sections, Wiki fan data, and other sources appeared all over the web in the first 6 months since its release, and it now looks like the game’s been here for ages. We’ve scoured all of the mentioned sources to compose some of the more demanded guides and to answer frequently asked questions about Elune, which are:

Since it came out in 2019, it features some of the most refined mechanics of the gacha genre. The reroll process is a bit more advanced than usual, allowing the player to get better at it provided they dedicate enough time and effort to figuring it out. Doing it free requires making multiple accounts like it is the tradition in gacha. Elune allows you to name your account immediately, so do not name your side accounts with the name you want to go within your main. You can change it later though. Most of the guides recommend you go up to a 1-5 storyline chapter to do the reroll, but it can be done at 1-2 adventure part. They are very quick and can save you a lot of time, while you can reroll more times at max speed.

How to select summon?

When it comes to rerolling, the select summon is hyped a lot. This is again thanks to the advanced features this game has, so it allows various ways to go about its features, including the rerolling. Select summoning refers to Elune summons, and when you create your new account to reroll, you will get one for free with rare quality. Also, when you start over, you will be getting a decent amount of

Eons for free, which you will need for the select summons. However, while you need only go to stage 1-2 for the usual reroll, to do the select summons, you need to get to 1-5. When you finish it, you can get your one exclusive select summon ticket, which is worth around $30 otherwise. After you get it, just go to the Summon tab and use the Free Select option, which you can reroll 30 times for free.

Transcending is the last part of character evolution. To evolve the characters, you need to do the usual traditional gacha stuff. Firstly, you need to level your Elunes with Exp from adventures and Training. You can also use your other Elunes to sacrifice for EPX and grow your favorite ones like it is tradition. There are class seeds and Growth Lightures, and when you reach max level, then you can evolve. Evolve menu will require max level Elune or Evolution Lighture that is of the same grade and rarity as it, and it will cost you other materials.

How to get class seeds?

Class seeds can be obtained two times per day in the Lighture Temple, and the particular class will depend on a particular day. Monday will yield Tank class seeds, while you must use your Rubies to get any other class seeds on that day. The difficulty level will dictate the number of seeds, with Easy yielding 1 and Conqueror yielding 5. Class seeds can also be purchased with honor, rubies, awarded from missions, affinity, and from other sources.

This gacha is like many other gacha games in this regard. It features quite similar mechanics to evolve your characters. They need to reach the max level at certain tiers (stars) so that they can evolve further. When a character is maxed out on a certain tier, an Evolve icon will appear in that character’s info interface. Just Tap it and it will give you the cost of materials you need for evolution, like Elune seeds and Class seeds.  Finally, Evolve process will cost some Gold and, when you are ready to pay up, your character will evolve to the next star tier, with 6 being the top currently. Their attributes and stats will increase, and they will be able to level further to the maximum of that tier.

How to get exclusive gear?

How to use soul stones?

Various strong Elunes can be summoned with Soul Stones, which can be found in Mobius Dungeons. Depending on how rare your Elune is, they will require a higher number of Soul Stones. Rares require 60, Epic requires 80, and Legendary requires 100. Also, Evolution Lighture Soul Stones can be used for summoning Lightures of different grades. You can also purchase certain Elune’s soul stones in time-limited offers.