Idle Mafia – Tycoon Manager is finally a game that gets just right what The Godfather movies, The Sopranos, and many other Italian gangster-themed movies showed us. It is a mobile simulation game that deals with that kind of life, the hierarchy, the family, the criminal aspect, and the business part.

Several titles in the past have delved into the topic, but this part does hit some of the marks missed by others. I liked it because of how accurate some features are, like how the mob gets its business done, but overall it is a good game. I will tell you all about it below, while I will also produce some guides in the second part of this page, down. 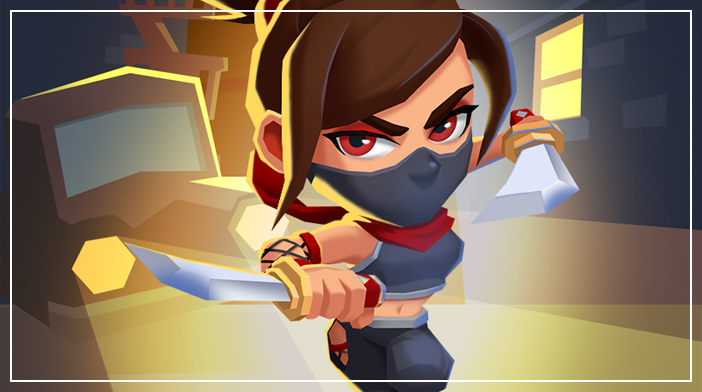 This game is developed and presented by Century Game on both Android and iOS. It is a famous studio for their King of Avalon: Dragon War game, while they also dished out Family Farm Seaside, Guns of Glory: Build an Epic Army for the Kingdom, and more.

They launched it in early 2020 and so far the game has done well. It was downloaded over 1 million times on Google Play, where it has an average user rating of 4.5 stars, out of around 100k votes. On the iTunes App Store, the iOS version has a somewhat lower 4.1-star rating, but out of very few votes as to be considered viable.

Here, the mob is even more powerful, shaking hands with the president himself… 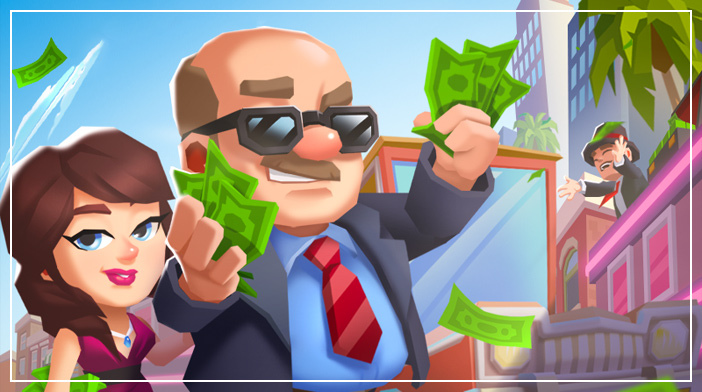 Did I say that this game is the same as The Sopranos and The Godfather? Here, the mob is even more powerful, shaking hands with the president himself. Of course, you don’t get anything handed to you. The player starts as Fario, an up and coming “manager” in the family. The story starts as the Big Boss entrusts a territory to Fario.

The Italian theme continues throughout the game which is, of course, set on the streets of New York, the Old Italy, and neighborhoods like that. You take over territory from other organizations and you grow your business until you move on to another neighborhood.

This is a simulation, but it has the clicker (tapper) element to it and, of course, the idle element… 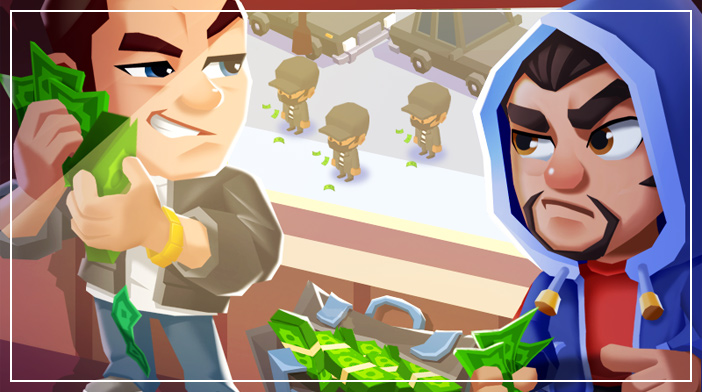 This is a simulation, but it has the clicker (tapper) element to it and, of course, the idle element. The player is presented with the street or neighborhood that you need to snatch for the family, which is currently owned by another organization.

Every street has a few crucial buildings you need to own, mainly businesses. You can buy them to work for you, take them with a fight, or perhaps some other methods later on. If you fight, you will need your Capos to do the fighting.

Capos are like your generals, they fight for you, but also manage your business. 1 Capo per 1 business. When you have the best Capo (that matches the job position) assigned to a business, you then don’t need to tap to collect the earnings all the time. They will accumulate.

While advancing to a new neighborhood resets your earnings and businesses, your Best Capos stay with you. They are your heroes of sorts, which makes this game somewhat a hero collector as well. Capos have attributes, which determine what jobs they are best suited for.

The manage target attributes to determine which job best capos are suited for:

Capos also have other attributes, like Income (multiplies your income) Fight Power, health points, and Skills. Their skills are mostly passive increases to income or other stuff, or they are combat skills, like bombs, knives, etc…

The players would upgrade their best Capos to have suitable ones for their businesses. A Tech business will require a Tech Capo to run it.

This is a polished game, with good-looking models, some decent animations, and an overall cartoonish visual style… 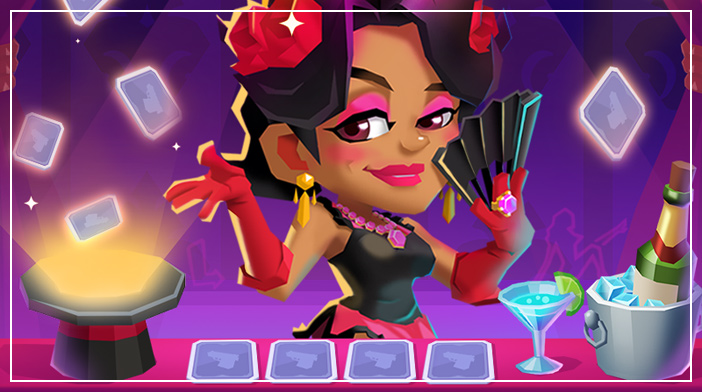 This is a polished game, with good-looking models, some decent animations, and an overall cartoonish visual style. The lighting and the textures are a bit basic, but visual cues are comprehensive and clear. The game’s UI is also clear and accessible, without unnecessary offers or ads.

Despite its low lighting capability and simple textures, Idle Mafia – Tycoon Manager has challenged my device… 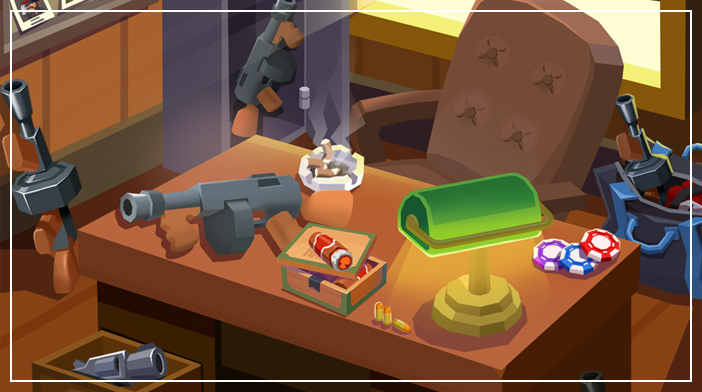 Despite its low lighting capability and simple textures, Idle Mafia – Tycoon Manager has challenged my device. I have 3GB of RAM, Adreno 505, and Snapdragon 430. Needless to say, I like testing out new games on low-end devices. My phone came out in 2018, so it’s not that outmoded. It can run the game fine, but at some points, I do get low frame rates.

For Android users, it requires OS 5.0 or up, and for iOS users, you will need iOS 10.0 or up. The installation file is not large, around 200 MB, but the game does ask for updates immediately after. It is compatible with iPhones, iPads, iPads touch, and most Android phones.

As an idle game, this game has a high free-to-play friendly score as far as we are concerned… 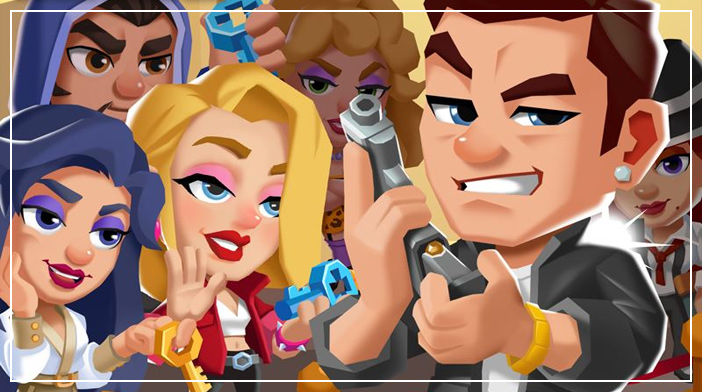 As an idle game, this game has a high free-to-play friendly score as far as we are concerned. You earn the in-game currency with no problem, and even some premium occasionally. The game does not promote heavy competing amongst players, so you won’t be inclined to spend on anything.

Real money microtransactions are mainly targeted at purchasing diamonds, which is the game’s premium and most valuable currency. Top-ups and packs range in price from $0.99 to $26.99. 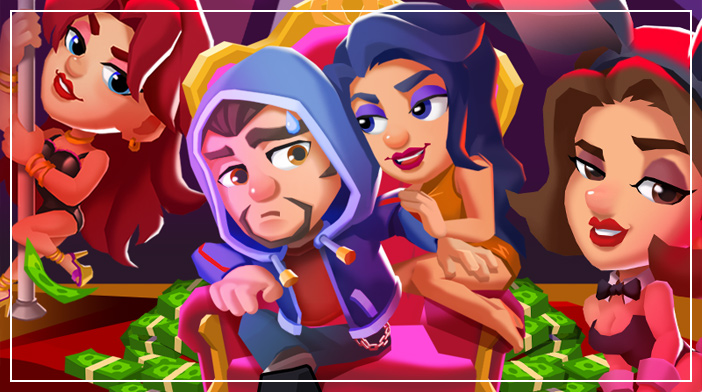 What I immediately loved about this game is the way it uses the commonly known workings of a mobster family and incorporates it into its gameplay. Combining that with an idle, simulation mobile game is admirable. The game also gets out of its way and does not bother the player with too many ads or paywalls. If there was a little bit less clicking, it wouldn’t hurt in my opinion, otherwise great game!

What I immediately loved about this game is the way it uses the commonly known workings of a mobster family and incorporates it into its gameplay. Combining that with an idle, simulation mobile game is admirable... 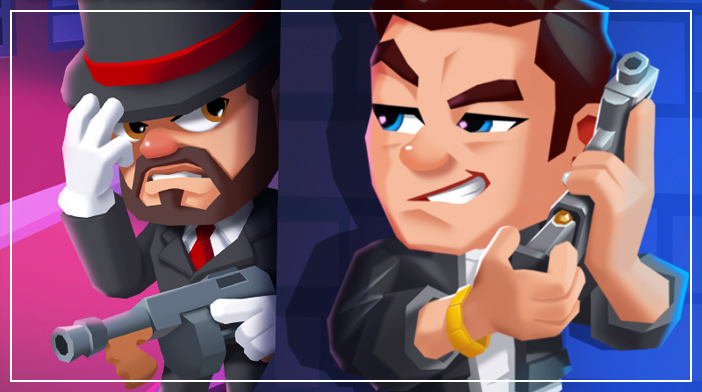 As I’ve talked before, this game has received quite positive feedback from audiences all around. The game has over 1 million downloads on both Android and iOS, so the community is strong. There are a couple of questions that keep popping up in various places, so I thought I’d address them here.

How to exchange a Capo card?

Capos are a crucial part. They come in different tiers, like normal, elite, rare, and excellent, where the Excellent is the best capos of course. Capos are obtained from the shop by purchasing either keys or Capo cards, which can both also be awarded from various sources in the game.

When you get duplicate Capo cards of your Best Capos, you can use them to raise that Capo’s star level. You do it by:

Go to the Capo screen

Tap the upgrade icon beside the star level

Raise its star level by spending the duplicate Capo card.

How to get Cigars?

Cigars are very important because they are used to level up Capos. The best Capos you choose to employ continue to fight for you even while you are offline, which is a part of the idle feature. Offline earnings are viewed at the fight screen after you get back in the game, and they can award cigars.

However, the main and best way for obtaining Cigars is through Cigar Wars, which is a gameplay mode accessed through the Cigar Fight icon at the bottom right corner of the game’s home screen. Just tap it, and see who you can fight against for a big pack of cigars.

How to win an event?

There are several very important in-game events, like the Las Vegas event. While they all have their own rules, some offer big prizes and multiply your winnings. The Las Vegas event lasts 3 days and it can award keys, gems, and even Capo cards.

The higher up you go in the event prizes, the better they become. The Las Vegas event also gives some of Capos’ new cosmetics, suits, and hats. Sadly, the truth of every in-game event is that you do need to log in a bit more frequently than usual. Some store timers are 2 hours, and they don’t start again until you collect.

Also, you need to watch the ad to double the chips every time you log in, during the Las Vegas event. An in-game event is also a good time to activate the Family Bonus, which gives more coins of course.

What I immediately loved about this game is the way it uses the commonly known workings of a mobster family and incorporates it into its gameplay. Combining that with an idle, simulation mobile game is admirable...