KartRider Rush+ is perhaps the most anticipated kart racing mobile game, that has had a tremendously successful registration period before the launch. Audiences were allowed to secure their copy of this game several months ago and within that time, the community grew to a sure 3 million and more registered players. The game finally launched in May 2020, and I’ve played it and you will see how happy I am in the full-on review below. The second part of the page will be reserved for some guides and FAQs about the game, which is mostly for the beginning stages. 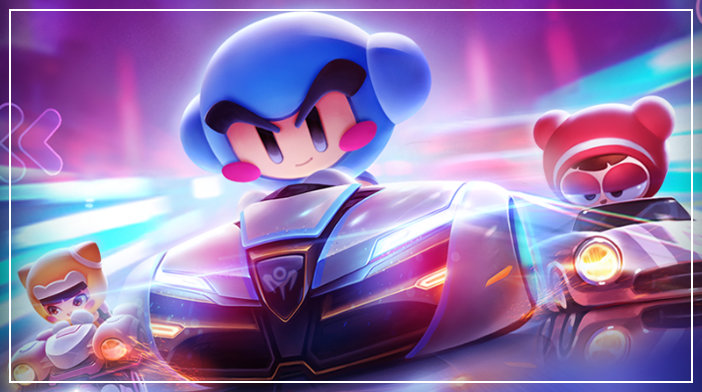 This title is the sequel of a very successful game called Crazyracing Kartrider, that came out in 2004 for PC. It was very popular back in the day and is still enjoyed by people today. Both games are developed and published by Nexon, a renowned company from Korea that needs little introduction. And, both games are a part of that developer’s Crazy Arcade franchise that was started in 2001 with an eponymous game that combines different gameplay modes and genres of mostly casual games, like Tetris, puzzle, Hidden object and such.  While the games changed the genre direction much, many of the characters in KRR+ already made their appearances early on in the franchise.

Each entry in the franchise has earned critical acclaim, and this latest game is proving to be a worthy revival of the series. KartRider Rush+ release date was on May 12, 2020, and the game already had over 5 million downloads by the end of its first month. On Google Play, the android version has a solid 3.8-star score so far, while on the iTunes App Store the iOS the situation is even better with a 4.6-star score out of several thousand votes.

The fresh technical pallet of the game is obvious from the first second, with the visuals, the gameplay flow… 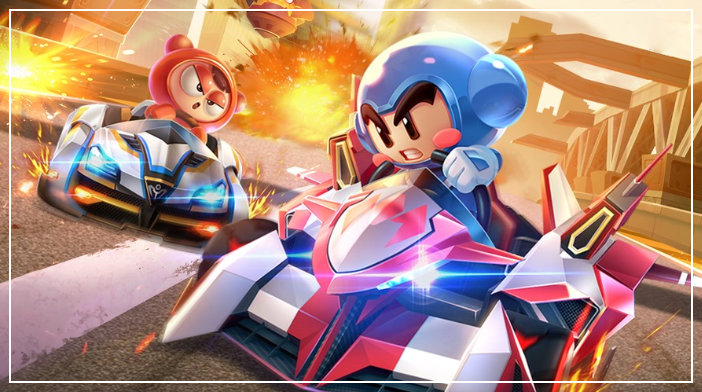 Racing games achieve their atmosphere with a combination of gameplay speed, visual and audio cues, and overall player engagement, and KRR+ has it all. The fresh technical pallet of the game is obvious from the first second, with the visuals, the gameplay flow, and the feeling of the game being very much “current affairs” and sort of avant-garde when it comes to mobile racers. You’ve probably played Mario Kart Tour and Crash Bandicoot kart racers at least some time in your life. Well, atmosphere vise, KRR+ is somewhere in between. The characters here are:

The kart racing gameplay needs little explanation, and it is more or less traditional here…

The same thing said about the atmosphere applies to the gameplay and certain parallels and differences can be concluded when comparing this game to either Crash Bandicoot or the Mario Kart series. While all these games undoubtedly appear quite similar to the untrained eye, I know they did to me, there are differences in many of the aspects, some big and some delicate. For instance, compared to Mario Kart’s hallmarks, KartRider Rush+ is noticeably faster…much faster. One could say it targets a higher age group of players. Also, compared to Crash Bandicoot, this game is noticeably less frantic and chaotic, and the player feels like he or she has a higher level of control over the things happening.

With that said, KRR+ is every bit as engaging, intricate, and crazy fun. You will drive very fast karts, collect weapons to use against other competitors, and use various other things in a race that is not for the faint of heart. Whether it’s a heat-seeking missile or just a banana peel, there are no holds barred for the methods used to prevent the success and to seriously endanger the well-being of your competition. It sometimes becomes the primary focus of a given race, more than the race itself.

The kart racing gameplay needs little explanation, and it is more or less traditional here. Outside of races, you have various shops where you get different karts, change visualizations, accessories, character cosmetics, and other stuff. This game has high levels of character customization which is again a bonus feature compared to Mario Kart or Crash Bandicoot. You even have your own house outside of the race, which you can fully customize as well, with a garage for your prized kart.

Currently, there are over 50 race tracks and 20+ karts, with more being added to the game constantly. New and heavy customization opportunities emerge so that no gameplay experience will be the same for each player, making this a pretty competitive game. Online multiplayer PvP competitive racing is available in real-time globally.

There are also several different game modes offered for the player to explore:

The game looks, feels, and runs as a PC game… 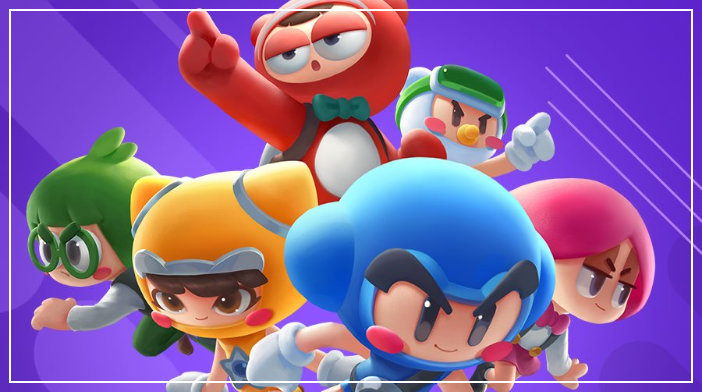 KartRider Rush+ is one of the most visually advanced racing games on mobiles, on par with both mentioned competitors of the genre. It is of course more advanced than its PC predecessors, but more importantly, the game looks, feels, and runs as a PC game. Character models themselves are not as polished up as Nintendo does it, but that is a matter of personal preference and style. Visual cues are clear and the well-placed user interface is clean and comprehensive in all parts of the game

Graphics and visuals are highly advanced on this title, no two words about it. But, not too burdening on your Smartphone… 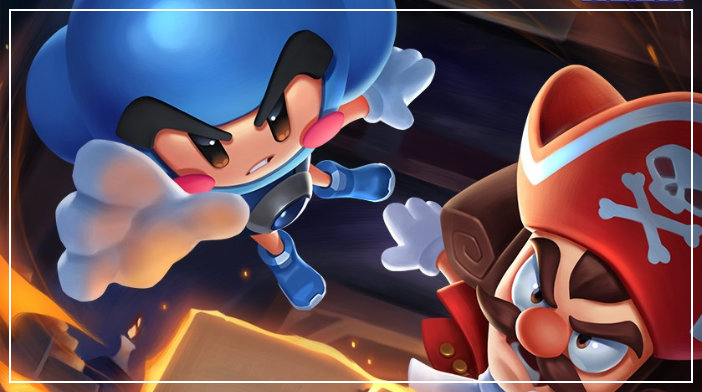 Graphics and visuals are highly advanced on this title, no two words about it. But, not too burdening on your Smartphone. Any average Flagship or below Flagship even can manage it. Textures and lighting are somewhat in a lower quality range than Mario Kart, for Nintendo does like to make their games shiny. This works well for it differentiates KRR+ from the mainstream kart racers today and gives it a somewhat more professional look, and it is also easy on the hardware. You need iOS 9.0 or higher or Android 4.4 or up to run it. The game also has a wide range of controller support, which is how some people choose to race on their mobiles, instead of the touchscreen. The minimum RAM recommendation by Nexon to play this title is 1GB of RAM, although we recommend you have at least 2GB.

This is a very relaxed game when it comes to microtransactions… 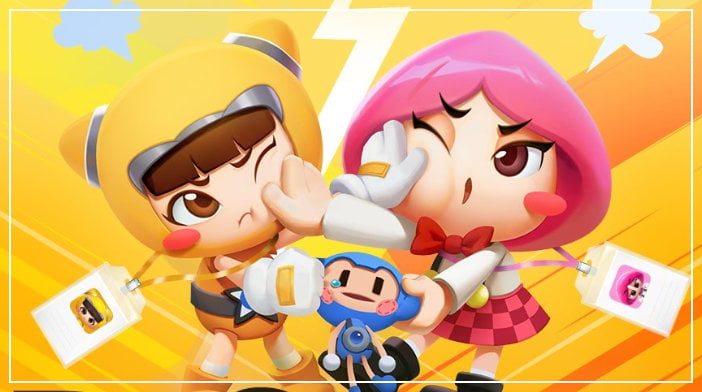 This is a very relaxed game when it comes to microtransactions. There is no need to even worry about the in-game resources and stuff because you get access to a wide variety of karts and customizations for free. If you do not want to farm for something, in particular, there are options to purchase items for real money, but really through just playing it, you can access all of it in time. The game is, of course, free to download and play. 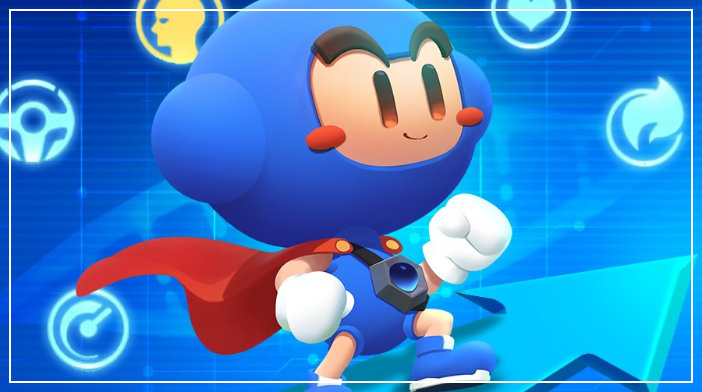 This is a big comeback for the Crazyracing Kartrider series and KartRider Rush+ is just the title to familiarize younger gamers with Nexon’s work in this genre. The release date was on May 12, 2020, as mentioned, and the game has certainly set some kind of a record for the pre-registration phase with over 3 million people responding to it. After the release date, the community immediately skyrocketed to over 5 million players on Google Play and also big numbers on the iTunes App Store. KRR+ has immediately taken its place right up there with Mario Kart and Crash kart racing mobile games. Well deserved! 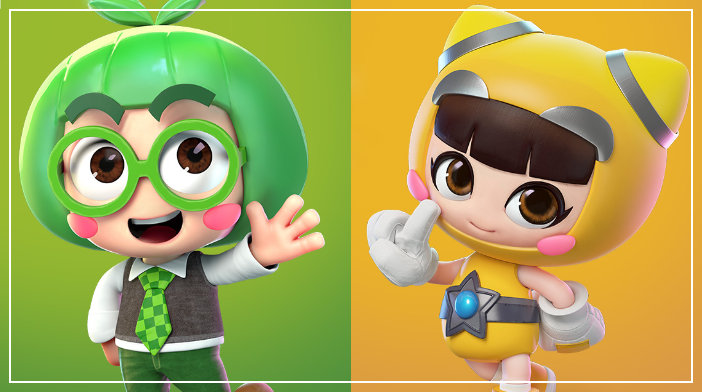 The community has grown fast, as mentioned, but KRR+ has only been out for a short amount of time, at the moment of this writing. Also, the game is quite intuitive and comprehensive, and there are little problems the players need help with. With that said, there are several frequently asked questions we wanted to cover briefly for this guide section, mostly posed by new players joining into the game, and they are:

How to add friends?

As with most mobile games, you’ll first need to finish the tutorial to do anything other than what the tutorial guides you through. So, no functions and buttons are available to the player until you finish your tutorial race, but it does not take a long time, 5 min max. After that, in the game’s home screen, in the bottom bar, you’ll find the icon named Social. Tap it and there you’ll be able to manage your friends and social.

Go to the home screen of KartRider Rush+

Tap Social (the bottom center of the screen)

Once you have friends, you’ll be able to invite them and create races to play with them or participate together with. Having BFF requires your account to be at least level 6, as well as the Mentorship feature, which provides different cool opportunities for both you and your friends.

How to change server?

It is still not possible to change the server without losing all your current progress, if you made any on your current server. You can change the language of the game in the settings tab, under the Account interface. There, you can also choose to merge your guest account with your Google, Facebook, or other accounts, if you so wish. their support team might be able to help you with server change, but at this point, all you can do is to create another account from scratch and choose a different server.

KRR+ is one of the best, if not the best racing game in terms of controls. The extremely responsive and well-organized control scheme is what enables such a fast pace this game has. When you use drift during a Nitro Boost period, that is what is called a Drag. You can find tutorials in the practice tab of the game, with Drag being in the Skills category. You can find all kinds of instructions there, from learning Road Signs, to others.