One of the latest entries in NetEase’s Onmyoji series is the all-popular fantasy MOBA Onmyoji Arena. It is a free-to-play third-person full 3D multiplayer online battle arena, and it has earned its keep through its impressive visuals, but also unique heroes’ styles, outlandish heroes in general, and the same kind of fast-paced action MOBAs all strive for.

Onmyoji Arena comes from NetEase’s Onmyoji series and it retains the original atmosphere, characters, and lore. It builds upon the experience and blends it perfectly with the MOBA hallmarks, in a full 3D game that has also brought a lot of new features to the genre, like the Onmyodo system that replaces the usually paid rune system.

As mentioned, this game is a part of the Onmyoji series, which began as a novel series in 1986, written by Baku Yumemakura… 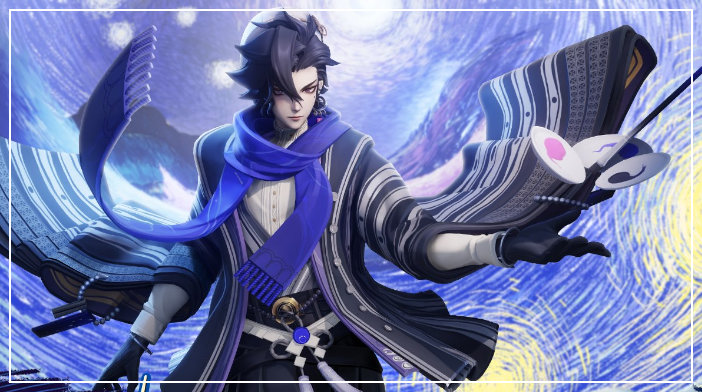 As mentioned, this game is a part of the Onmyoji series, which began as a novel series in 1986, written by Baku Yumemakura. It followed the life of an onmyodo master, which is a Japanese traditional cosmology, and it was followed by a manga adaptation in 1993, by Reiko Okano, which lasted throughout 2005 and won numerous prizes.

The story achieved critical and commercial success and many other installments in all forms and mediums followed. Thus, NetEase dished out Onmyoji, a mobile RPG, that has had over 200 million downloads and enjoys critical success. The latest title, as mentioned, builds its lore on the rich character and storyline base of the original franchise and the previous game, and brings it to the MOBA experience.

Onmyoji Arena enjoys similar success as the previous game on mobile platforms. It came out in 2018, July, and it is rated with 4.2-stars on average on Google Play, and an even better 4.8-star score on the iTunes App Store. It has over 5 million downloads on each and it is generally favored greatly over similar games, although most MOBAs are popular today, because of the widespread reach of the genre. 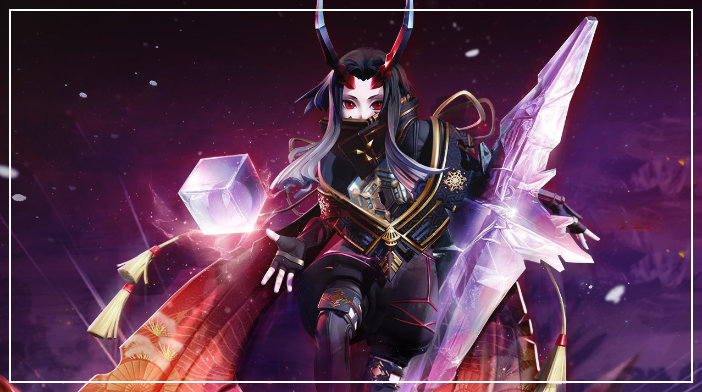 The first thing that makes this game stand out from other MOBAs is its Japanese elegant aesthetics and the rich original voice acting, which the game retained from the series. The game perfectly recreates Kyoto from the Heian era. Of course, the genre’s biggest atmospheric component is its competitive element, and it doesn’t lack a bit in this one.

This game retains all of the hallmarks of the MOBA genre… 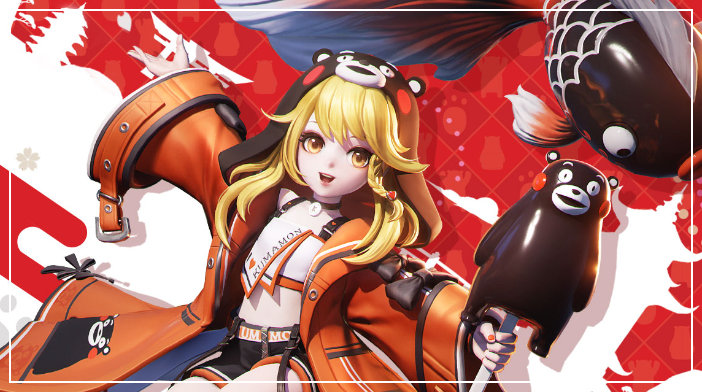 This game retains all of the hallmarks of the MOBA genre. The gameplay includes the main 5V5 mode, with a map that has 3 lanes that are patrolled by NPCs, minions. The lanes also contain towers, 2 per lane for each faction, which serve to guard the main base for each team.

Entering the base and destroying buildings is the top priority for each team while demolishing the main building (i.e. core) wins the game instantly. All of the players from the two teams control a hero each, that has access to unique abilities, level up to improve them, and also purchase items to further gain an advantage.

As mentioned, this game does revitalize the genre quite a bit and replaces some of the mechanics with its unique solutions. The paid rune system, utilized and invented by League of Legends, is removed and instead, in Onmyoji Arena we have the Onmyodo system, which is completely free. The game, of course, brings a lot of the same stuff, like different gameplay modes that include Mahjong Chess, 3v3v3 Royal Battle, Shikigami Defense, and many more.

Of course, the main 5V5 arena experience is the primary focus and it works just like any fan of the genre would expect, but it also brings a refreshingly cool Japanese art style from the original story and it has a beautiful 3D visual layout.

This is a heavily demanding game… 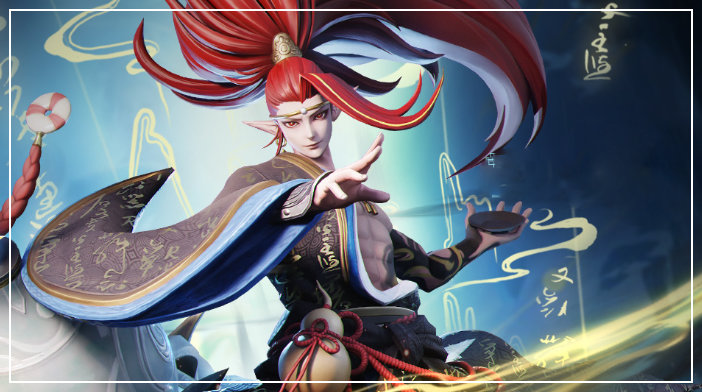 This is a heavily demanding game. I haven’t managed to run it on my device, but for a smooth experience, you will need something stronger than 3GB of RAM, Adreno 505 GPU, and Snapdragon 430 CPU. But, the game is really beautiful and the 3D capability will increase your gameplay enjoyment and entirely change your outlook on MOBAs.

The demanding nature of this game goes to several different aspects… 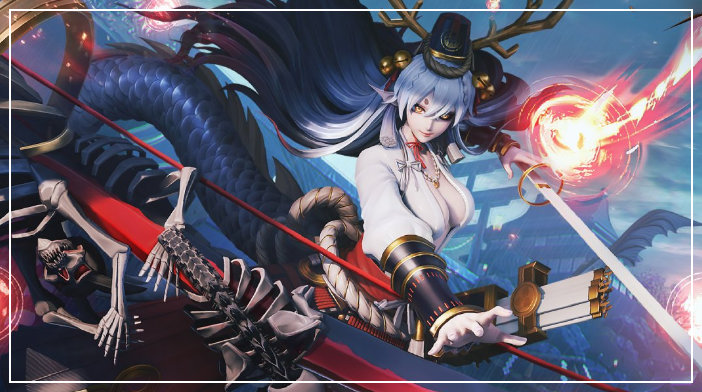 The demanding nature of this game goes to several different aspects. First of all, the starting download for my Android device, which uses the EMUI 10.1 was 2.9GB. Needless to say, I had to begin deleting some of the videos, and then the other mobile game app I had. I can only have one at a time, I’m so poor.

Secondly, the install process lasted for quite a while. Now, I have 20mb/s connection and things usually run smoothly on my Smartphone, but this time it was aged for downloading it. I couldn’t even start it a few times before I freed up some space. My device has 3GB of RAM and uses an Adreno 505 GPU. It’s certainly not en par with today’s flagships, but some players may even have older Smartphones.

As it is traditional in MOBAs, this game focuses its monetization mainly on cosmetics or obtaining some in-game elements faster than free methods… 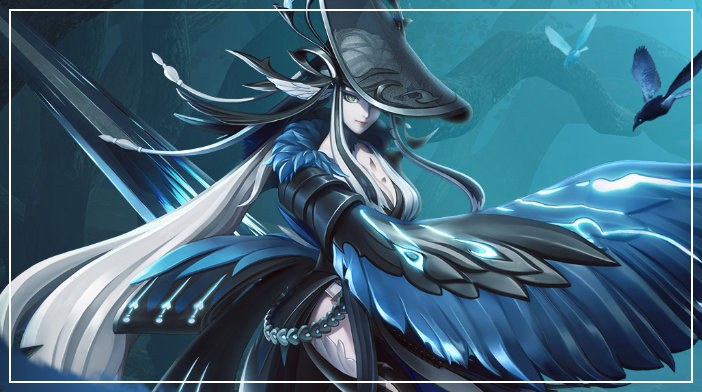 As it is traditional in MOBAs, this game focuses its monetization mainly on cosmetics or obtaining some in-game elements faster than free methods. This is regarding new heroes mainly, which are purchased for all kinds of currency, but they cost more of the basic, easily-obtainable one.

All aspects and gameplay features of this game are available and accessible to free-to-play players, all heroes are unlockable, and the game is completely free to download and play on both Google Play and the iTunes App Store.

Onmyoji Arena brings a great visual and atmospheric component to the MOBA genre, most other similar games have not even attempted… 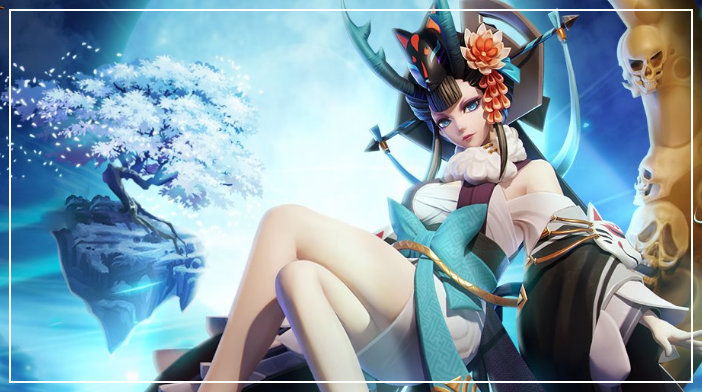 Onmyoji Arena brings a great visual and atmospheric component to the MOBA genre, most other similar games have not even attempted. The gameplay still looks the same as tradition demands, but the game has its discernible style no doubt. There are no paywalls and the game has a solid player base for the multiplayer experience to work. Its only downside is that the 3D visuals and high-end graphics, with beautiful models and cool animations, will demand something much stronger than my Huawei Y7 Prime 2018. 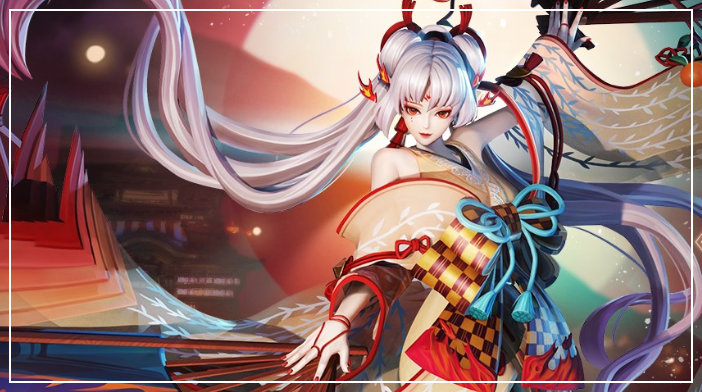 Since the game’s release in 2018, Onmyoji Arena amassed a vast player community. Things like guides, tier lists for heroes, fan art for characters, and all other imaginable stuff is all over the place. We wanted to gather the most important questions and answer them all in one place. So, this is the FAQ:

How to get Inuyasha?

Inuyasha was available for a brief time during a crossover event for Onmyoji and Onmyoji Arena, back in 2018. The hero was so well-received that all community channels were filled with players wondering how to obtain Inuyasha. Unfortunately, the hero is only obtainable through the event and players will be able to get Inuyasha when the event is back. NetEase did promise it will be back.

How to get Sesshomaru?

Sesshomaru is a hero that arrived in the same event as Inuyasha. The two were part of a crossover event. They are only obtainable through the event, so you have to wait for the event to come back. NetEase promises it will be back.

How to get coins fast?

Coins are the basic currency in the game. Thus, they are generally earned fast. As long as you don’t plan on buying all of the heroes in two days, you should be good farming coins through the usual methods. And, those are:

How to get soul stone?

Soul Stones are required for legendary skins for heroes. They are a premium currency and serve a few other purposes. They are obtained when you get a duplicate hero during the summoning. You will get a soul stone instead.

How to switch servers?

Unfortunately, switching servers is impossible, with an existing account of course. So, if you want, you’ll need to create a new account. This is not a problem for recent players, but veterans are really having difficulty.

How to summon an amulet?

How to get kikyo?

Kikyo can be bought with gold. That’s the simple and easiest way to get her, although she will cost a bit much. To wait for her shards to drop is usually too long, so most players opt for just farming gold and purchasing her.

MOBA jungle is virtually the same in most of the games of the genre. By that I mean there are many universal things and rules. Things like the spawn timers, buff durations, ganking, etc… Not all heroes are fit for the jungle, and those who are do it differently.

Always remember when jungling that you can and should call for the team player nearest to you to help with a particular difficult pack. For instance, if you are killing Kirin, have your teammate leash it and do some damage to it. However, once it is down to about 500 HP, have them back off. You don’t want to share experience and rewards from the jungle.

Gank the lane that is close to the side you are on currently, obviously, and it is especially good to gank mid, although it is risky and can end badly. Also, going for a smite is a must for virtually all heroes who do jungle.

If your teammate loses a tower, you should go to that late and help them until you get the enemy tower down at least. Focus on Kraken and mind your positioning.