As mobile trends keep evolving and gaming mechanics keep opening new grounds, Shadowgun War Games brings us online shooter RPG action at its best. As we all know, adapting the genre to mobile gameplay is a challenge, even if there are some mechanics traditionally used. Each new good game brings something new and better, and this one is no exception.

I’ve played it for some time and I must stress that I am not particularly accustomed to playing shooters on a mobile device. This is because of the way they handle the auto-shoot aspect, that I’m not used to. But, I must say I liked Shadowgun War Games. The controls are more accessible than in other similar titles and the character presence is much stronger. Read on to see just what I mean by that…

This game is developed and presented by MADFINGER Games… 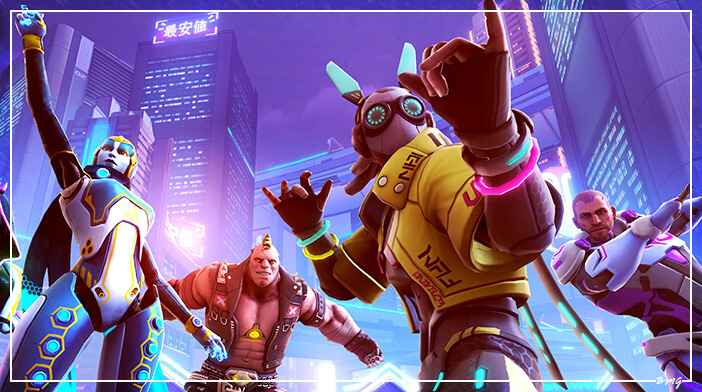 This game is developed and presented by MADFINGER Games. It is the studio that also has games like Dead Trigger 2, Unkilled, and others dished out. They also released Shadowgun Legends, the prequel to War Games, which was huge and enormously successful. That title has over 5 million installs on Android alone and a very good 4.2-star score.

As far as its sequel, Shadowgun War Games – Online PvP FPS mobile game goes, it is their latest release and it has a similar score of 4.1 stars, out of over 80 thousand votes so far. It has been downloaded over 1 million times on both Google Play and the iTunes App Store, and it enjoys generally positive reviews all around.

The characters are so different and unique, and it is not only for their appearance but primarily through their gameplay style… 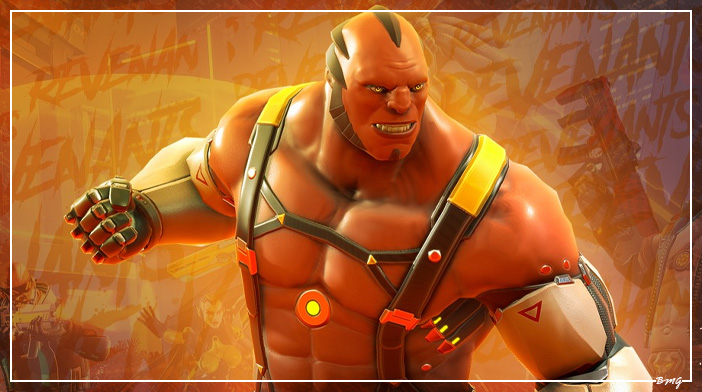 PvP oriented shooter games achieve their atmosphere mainly through the competitive gameplay, while the story, however deep, always comes second. This is not necessarily different in this game, but the addition of colorful characters really helps elevate it into something more than just a first-person shooter game.

Here, the characters are so different and unique, and it is not only for their appearance but primarily through their gameplay style. Actually, depending on which character you choose to play as, you may have a completely different experience of the game, not just because of the different role they fulfill, but for their unique mechanics. 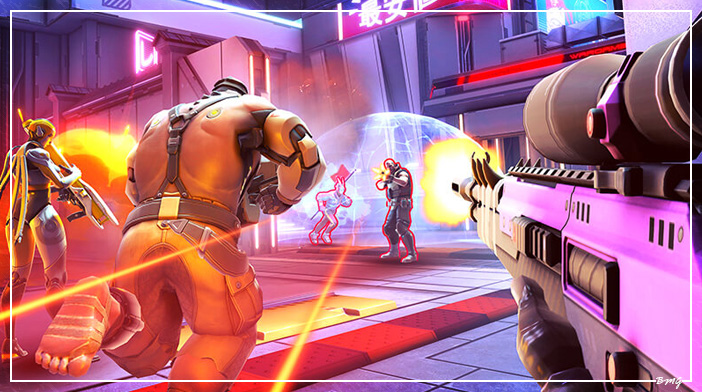 It is obvious enough at first glance that this game, as well as its prequel, takes the traditional gameplay elements from PC games like Overwatch and Paladins. But, the developers had a challenge of fitting such intricate and unique controls for each character onto a mobile touchscreen, so they got away with expanded options.

In the Controls section of the Options, you can set up your Fire Mode to several different options. By default, your character will fire as soon as an enemy target is at your corsairs. This is also true even if you use the controller. But, you can choose between Simple, One-top ADS, Hip Fire, and Custom Per Weapon, where you can set up the manual fire for each of the many different weapons in the game.

And, talking about weapons, it is the primary difference between the characters. There are only a few characters available currently, but MADFINGER Games are adding them frequently with in-game patches and new content.

At the time of this writing, the characters available are:

These 6 characters playable now, demonstrate sufficiently how different your gaming experience can be depending on which you choose. Each character has two weapons and two special abilities, ranging from grenades to different abilities.

Slade is the classic all-around commando, with one mid-ranged automatic rifle and one semi-automatic with a zooming scope. He has the Grenade and Medkit as special utilities.

Revenant suits best in the tank role as he is bulky and very durable. He has high health and he uses shorter ranged weapons, but with burst damage. This character uses two special utility abilities. He has the Roar, which slows and disorients enemies, and Inner Rage increases movement speed, damage you deal, and damage reduction.

Sara character fills the support role. She is equipped with a rocket launcher and can use her support abilities to aid allies, which are the Healing Blast (a grenade that heals allies in the detonation radius) and the Protection Dome, that comes in handy in group fights.

Willow fills the sniper role. She is one of the top damage dealers with maximized Damage and Range stats. She uses a sniper rifle, of course, and her abilities compliment her playstyle. She has Supercharge, which increases shot damage, and Flash Mine, which blinds enemies that step on it.

Jet is a very quick and sneaky character. His class is called the Runner and he is a kind of a short-range assassin. He uses his utilities to get ahead of his enemies, outmaneuvering them before they can react. His abilities include Time Rift, which transports Jet into an alternative timeline where he is completely invulnerable and can harm enemies. His other ability is Blink, which teleports him a short distance into the direction he is facing.

Daisuke is the latest addition to the character roster, at the time of this writing. He is also a runner like Jet, but he is not just fast, but also has great damage and some support, with low range and health stats. He uses dual pistols and katanas as weapons and he is trained to use Ninjutsu. His abilities include Tripple Slash, which uses his swords, and Tech Jammer, which disables enemy skills in a radius around him.

Each character has 5 stats mentioned earlier, which include:

The balance between these 5 as well as a combination of the two weapons and the two special abilities make each hero unique and have its own gameplay experience. The only drawback is that there are only 6 characters in the game currently, but as mentioned they are quickly adding more with several already announced at the time I am writing this.

While in a match, combat and gameplay are handled the traditional way. You spawn with your allies and you hunt for opponents in one of the 4 currently offered gameplay modes. The gameplay modes are:

As said, the presence of different characters resonates quite loudly in each team, but there can be more than one of the same characters, which will happen often at this stage of the game. Outside of the match, the player sorts out his characters, cosmetics, you can purchase something from the shops, and check other stuff.

The models, animations, visual cues, and everything seen looks quite amazing… 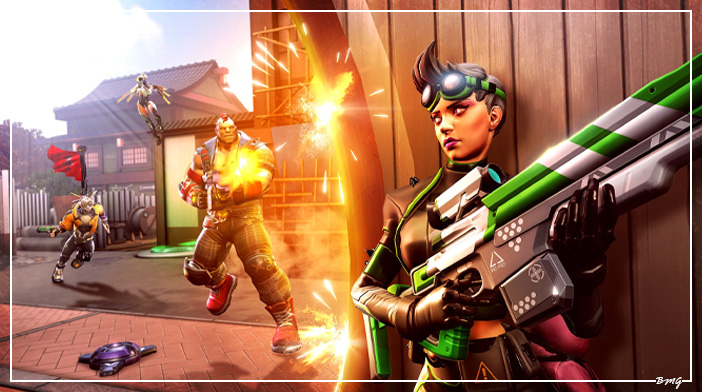 This game goes quite far in bringing this genre mix that is native on PC, especially visually. The entire game looks very close to the PC counterparts like Overwatch and Paladins. The graphics are amazing and there is a wide range of settings to adapt it to different devices. The models, animations, visual cues, and everything seen looks quite amazing for mobile device performance. 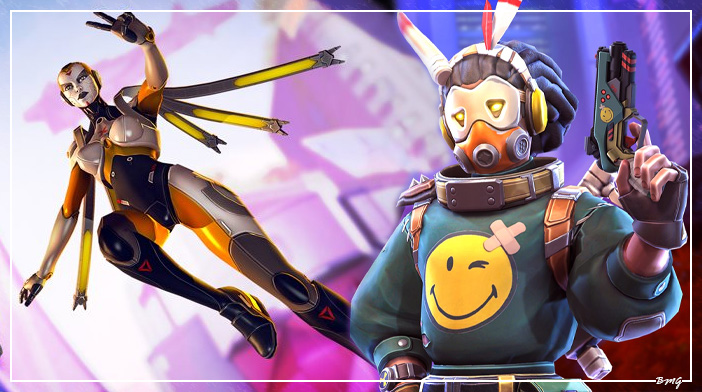 Despite the increased visual style, this game can be played smoothly even on the below-average mobile devices of today. I played it on 3GB of Ram, Snapdragon 430, and an Adreno 505 GPU, and my experience with the game was seamless. The game requires Android 6.0 and up or iOS 10.0 or up and around 1GB of storage space, depending on the device.

This game is entirely free-to-play. No aspect of it is in any way pay-to-win… 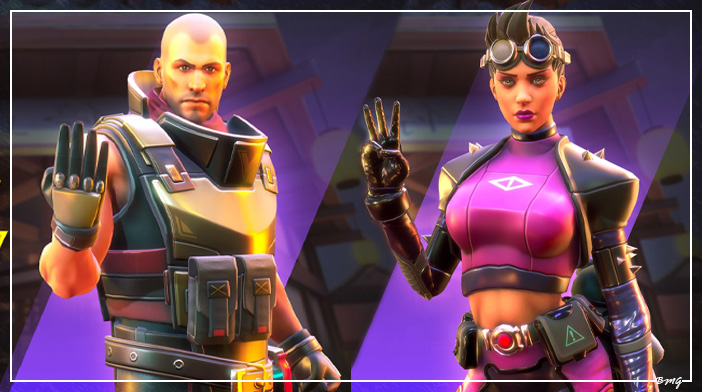 This game is entirely free-to-play. No aspect of it is in any way pay-to-win. Real money microtransactions only refer to cosmetic items that do not affect gameplay in any way. The in-game currencies otherwise used are earned through playing, and farming characters might take a bit time.

It is a faithful continuation of the studio’s Shadowgun Legends, which is one of the best RPG FPS games on mobiles… 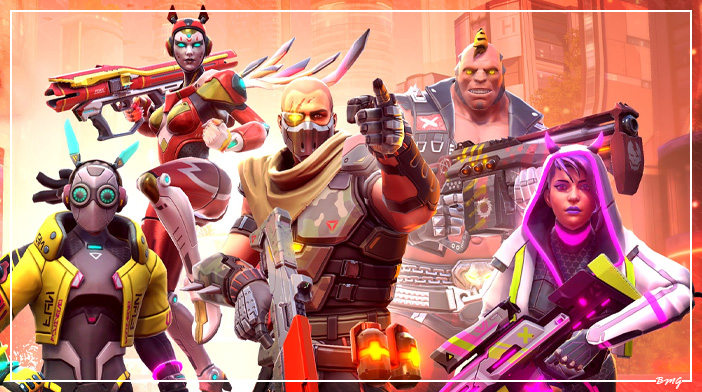 Shadowgun War Games is a faithful continuation of the studio’s Shadowgun Legends, which is one of the best RPG FPS games on mobiles. It comes with touched-up gameplay, better-sorted characters and mechanics, and updated everything. It is definitely built for the fans of the genre mix and it is growing with content regularly. I definitely recommend it to everyone!

Shadowgun War Games is a faithful continuation of the studio’s Shadowgun Legends, which is one of the best RPG FPS games on mobiles. I definitely recommend it to everyone! 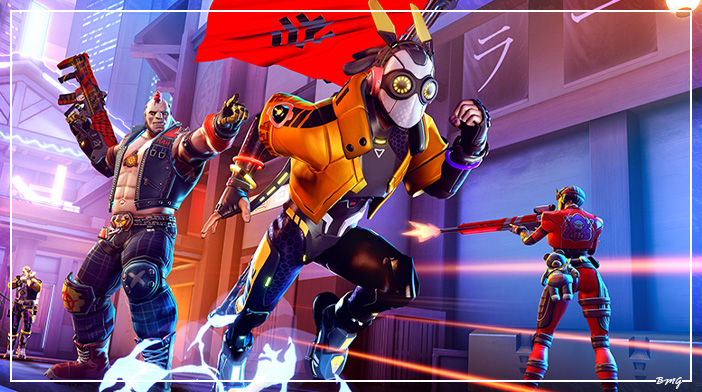 While the game is relatively young at this stage, the community Is growing. There ain’t too many questions about the gameplay itself, as it is quite comprehensive. But, the players are looking to hook up and play together.

Unfortunately, Shadow War Games is practically in early access still. The gameplay modes along with many other features are being added on the go, along with more characters. Thus, setting up a match with friends is currently unavailable.

The players can enjoy one of 4 gameplay modes currently available: Team Deathmatch, Zone Control, Capture the Flag, and a Ranked Match. Custom matches will hopefully be added soon.

However, players have managed to play together by synchronizing the exact time they queue for a match, on the same server. You can use the official game’s Discord channel or your own custom one. There is a high chance of ending up in the same match in this method, but it still is random.

How to add friends?

Since there is no way to create a custom match currently to play together with friends, there is also no option to add friends in the game. As mentioned, much if it is early access still and there are several gameplay modes and features available.

The best you can do is to link your account with Google Play or Facebook and hope for the best. Matchmaking pairs up players randomly, while we are hoping for the add friends feature soon. You can choose the server you’re on in the Settings menu, in the Servers section.

Shadowgun War Games is a faithful continuation of the studio’s Shadowgun Legends, which is one of the best RPG FPS games on mobiles. I definitely recommend it to everyone!

User Rating: Be the first one !
guides review