Gaming genres are constantly evolving and Solo Knight is a presentation of a combination of dungeon crawling, idle, tapper, and several other. The attraction is immediate for the fans of action RPGs while the game certainly also brings its own new thing to the table, or shall we say the mobile device, so let’s dig in…

The game is offered by shimmer games on Google Play, while the game is still waiting on its iOS release… 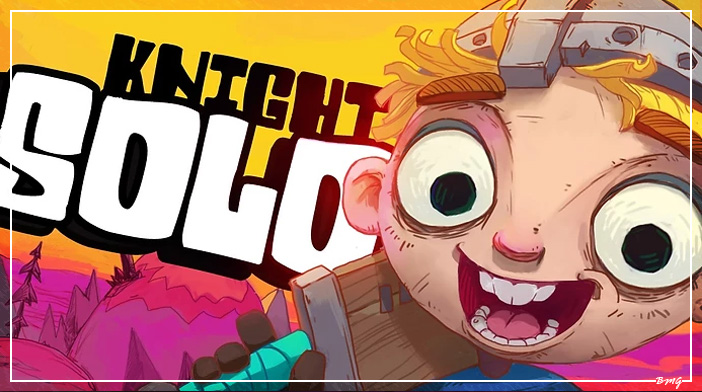 Solo Knight is offered by shimmer games on Google Play which are it’s developers as well, while the game is still waiting on its iOS release. Shimmer games have only one more entry on the store titled Just Trap.

Followed by a brief early access phase that lasted through Q2 of 2020, Solo Knight officially launched in August 2020. For the past couple of months, it was downloaded over 100k times and the review average score currently stands at above-average 3.6 stars out of only around 400 votes. 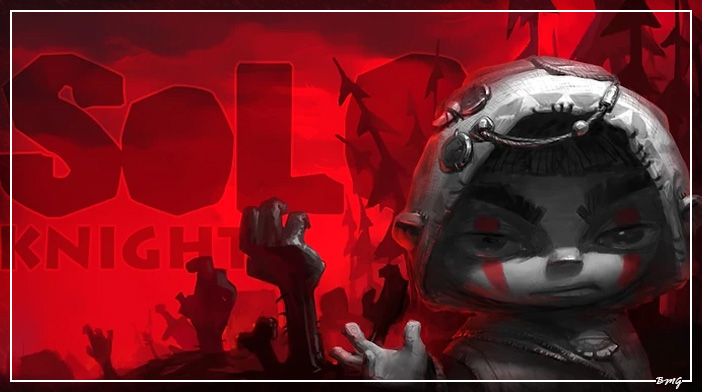 Action dungeon-crawler RPGs achieve their atmosphere mostly with, well with dungeons i.e. the environment. In game, the planes you cross do this job well. Everything is either engulfed in fog or filled with enemies, but usually both.

The main character traverses levels as they are some kind of different dimensions and it gives the other-wordly feeling. Also, the addition of the idle mechanics removes the endless tapping to fire, which is an improvement for the genre in my honest opinion. 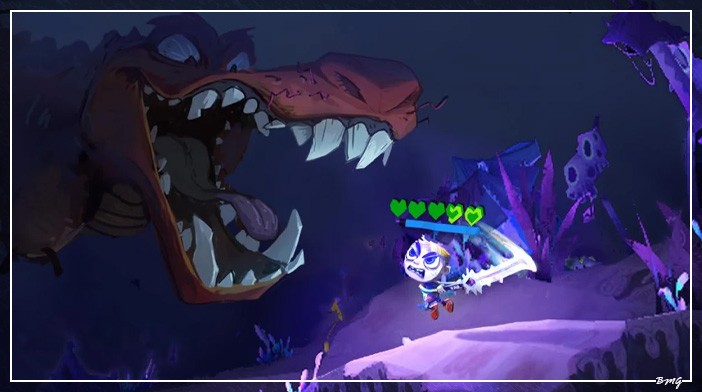 As mentioned, the main elements in its gameplay are dungeon crawling and idle mechanics. Your character will attack automatically when enemies are near, starting with the nearest. However, the player can still attack with a tap and there are other things to use, like special items, potions, spells, etc…

You can also move to anywhere you tap on the available terrain, but if not the knight will idly move throughout the floor. Each floor has a certain number of enemies you need to slay to transition to the next, but they may also have some other objectives like killing the boss.

As far as weapons and armor go, there are all kinds of things you can collect and equip, including:

All these vary in types and properties greatly, which increases as it progresses. Items also include shoes, armor, helmet, and cloak. A very cool feature of this game includes the forge, which enables you to forge all items you don’t need to empower one that you own. It is available at any time and it is done very easily.

You can empower both weapons and other items, not just by forging other gear but also by adding runes and stones to them. The increase of an item doesn’t just go through sheer figures, but you also unlock other perks and abilities.

Your main character also progresses as the game goes on and unlocks Perks. In fact, you unlock perk points which you use to purchase various upgrades from the perk tree. The upgrades range from passive improvements to damage and armor to other stuff, like having multiple shots, penetrating shots, etc…

Weapons and armors also have special activated abilities themselves, which range from regeneration, projectile penetration, to summoning beasts to aid you. I upgraded a wand that summons wild boars and it works great. The boars also go and attack the nearest enemy, while my character fires bolts from the wand from a safe distance.

Staves are also fun, for they usually fire a beam that pierces all enemies. You just tap and hold the fire item icon, and then swipe in the direction you want to fire the beam. It is a lot of fun!

Once you are done with your current floor, at any time you just tap the next floor icon which will appear in the center top part of the screen. You can also check the current floor info and what’s ion store in the next few by tapping the floor figure.

The graphics are quite advanced and smooth, while the overall visual style is cartoonish… 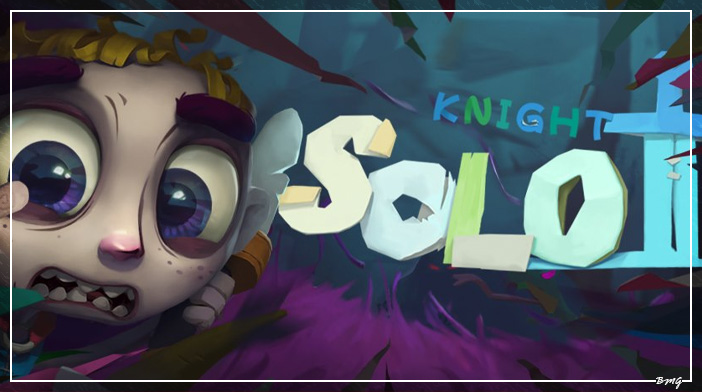 This game looks great. The graphics are quite advanced and smooth, while the overall visual style is cartoonish. The environment is dark and gloomy, depending on the floor, and it works rather well for the atmosphere. Animations are also decent, although not very complicated. Everything is a combination of 2D models, but visual cues are rather clear and comprehensive. 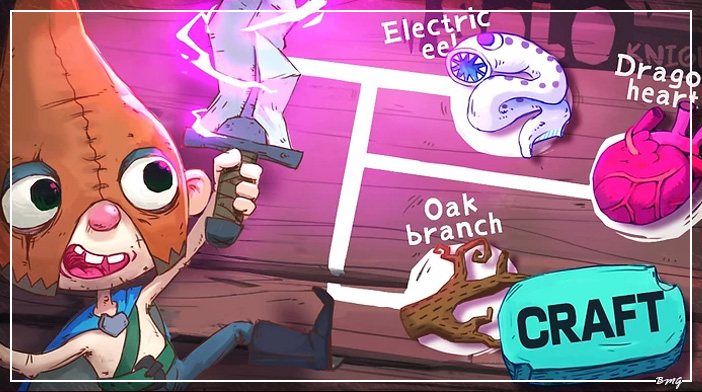 While it does look good, polished, and advanced, the 2D nature of the visual presentation makes this a rather approachable game tech-wise. You do not need an expensive smartphone to play it. It runs quite smoothly on my device, which has 3GB of RAM, Adreno 505, and Snapdragon 435. It requires Android 4.4 and up.

This is where the idle genre really shines through… 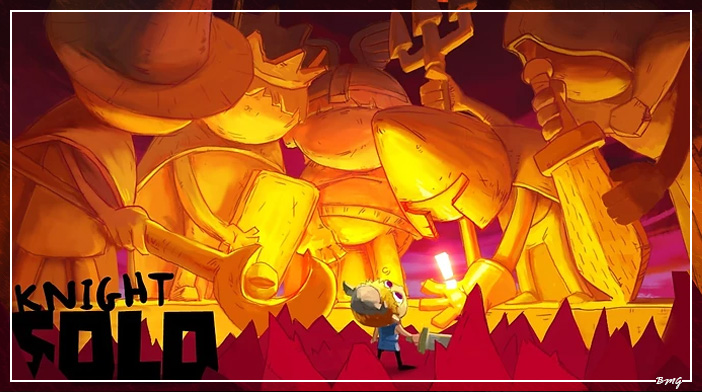 This is where the idle genre really shines through. In game, your character continues to grind the floor you are at when you close the game. Not that he has a chance to die or anything, but depending on the time you were away, you will get some average rewards, currency, and a chest when you get back.

The amount of the loot you get while offline depends on the killing efficiency, which is being measured as you play. It is naturally directly affected by the might of your character, your gear, and the current floor difficulty.

The basic currency is coins, which are used for all basic things like forging and purchasing consumables. However, there are also gems, which are the game’s premium currency, and they are used for more exclusive stuff. However, I did not find any need for them, at least not in the beginning stages of the game.

Solo Knight is a very fun variation of the idle dungeon crawler genre. The game feels, looks, and plays smoothly… 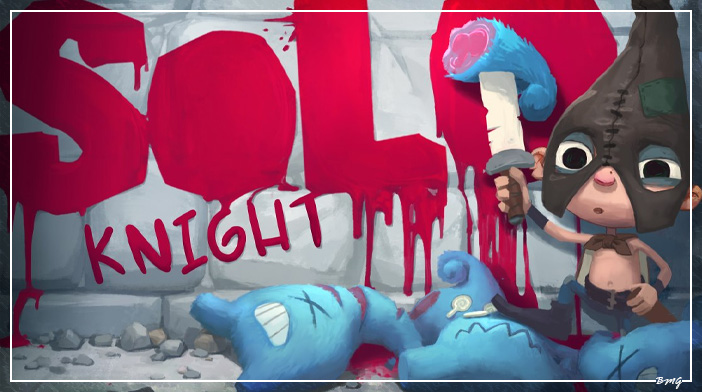 Solo Knight is a very fun variation of the idle dungeon crawler genre. The game feels, looks, and plays smoothly. It really does leave a feeling of playing a well-made game, where everything functions properly and as intended. IT will attract people who like these kinds of genres, while it is also widely accessible for all kinds of audiences.

Solo Knight is a very fun variation of the idle dungeon crawler genre. The game feels, looks, and plays smoothly... 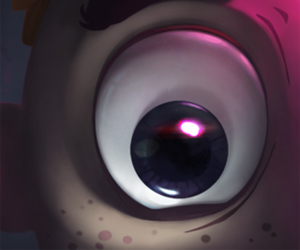 Solo Knight is a very fun variation of the idle dungeon crawler genre. The game feels, looks, and plays smoothly...