I used to think that I don’t and never will like space strategies, but I must admit, Stellaris: Galaxy Command made me second question my choices. Prejudice is something we all know is wrong but still, we cling to it when our preferences are in question. Well, not only did this game remind me of that, it managed to keep me engaged and entertained much more than an average mobile game does, and I will give you my completely honest in-depth opinion of it. Also, while I was there, I’ve picked up some useful info throughout various community sources, guides, and similar stuff, so I will include this in the second part of this page, down below…

Well, Stellaris: Galaxy Command is based on Stellaris, or better said, it is that game’s mobile port and it came out in October 2019… 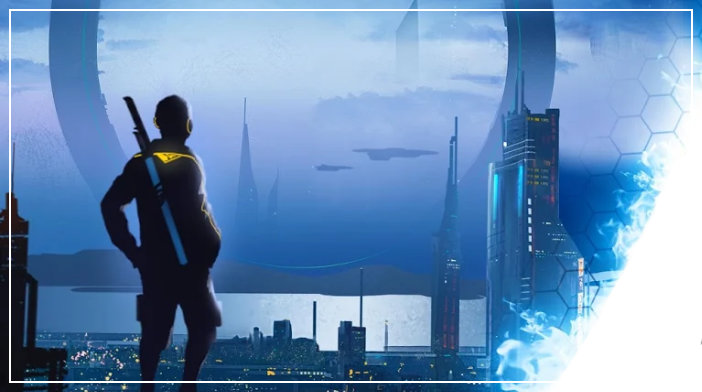 This game is developed and offered by Paradox Interactive on both Android and iOS, with Game Bear also credited for the mobile port. Paradox Interactive is a company that started in 1999 and is especially known in Europe and the United States. Of course, before delving into mobile gaming waters, they have focused on PC franchises and many of their titles are world renown. You might have heard about Europa Universalis series, or Magicka, Bloodlines 2, Crusader Kings series, and the likes. Yup, all incepted by this very team, which includes Stellaris, an award-winning PC strategy game that has Very Positive reviews on Steam.

Well, Stellaris: Galaxy Command is based on Stellaris, or better said, it is that game’s mobile port and it came out in October 2019. And, similarly to the original, it has left a positive impact on the community, but not quite as high as the original. On Google Play, the game currently has a 3.8-star score, but from only around 1k votes, which is a too low sample to be relevant. On the iTunes App Store, the game has even less total ratings, despite being downloaded over 100 thousand times on both stores.

As a veteran in the strategy genre, Paradox Interactive knew what makes the most appeal in these kinds of games… 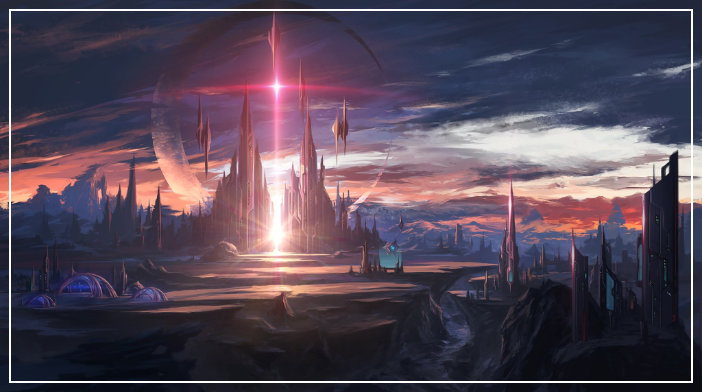 As a veteran in the strategy genre, Paradox Interactive knew what makes the most appeal in these kinds of games. And, they’ve fitted it perfectly here. The overall feeling of control, the thrill of dominating the galaxy, the excitement of space combat, harvesting resources, planning, building, everything, and more…it is all accounted for here. I can’t help but be reminded of EVE Online. This game managed to port space combat to mobile platforms, and it did so in 2019, while EVE Echoes still hasn’t come out almost one year later.

In game, the story is set many centuries in the future where we, the humans, have colonized deep space. So far, so obvious. There was a great war, but as it is finally over and the alien invaders are pushed back, we begin to take back what was lost and re-colonize. You play a captain of the United Nations of Earth (UNE) that is tasked with establishing one such colony, which is in our Milky Way solar system (this is only where you begin) near the planet Uranus, and you grow from there.

As expected, right from the start, you are heavily involved in the city-builder aspect of the game, only it’s not a city, it is an entire space colony… 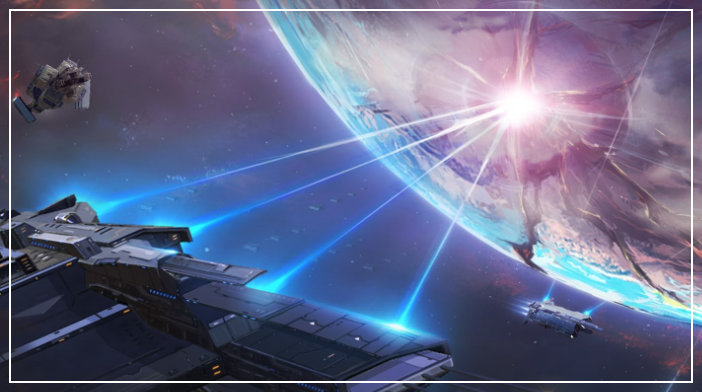 As expected, right from the start, you are heavily involved in the city-builder aspect of the game, only it’s not a city, it is an entire space colony. You need to build up residential, military, industrial, and virtually all other kinds of buildings and institutions for this to work. Also, you need to build up your military proves, but more than that, you must choose what you stand for early on.

Yes, you read that right – you need to choose what you stand for as a leader. This means you need to choose your Ethics principles and abide by them, which are divided between two major ideas: Pacifism and Militarism. Each choice bears its bonuses and features, but once you start walking down a particular path, choosing to act following your Ethics will reward your further, while opting to go against it will decrease your progress within the chosen code. This is by far one of the biggest features in the game and it is one of the few that sets it aside from other similar strategies.

Of course, since this game is a highly engaging multiplayer experience like EVE is as well, one of the leading aspects is interaction, cooperation, and competition with or against other players. And, while you are the governing body and the man in charge of everything in your colony, you also appoint your generals, scientists, and other NPCs which will provide you with valuable bonuses and other features. Stellaris: Galaxy Command also features daily quests, events, Special events, bonuses, daily missions, and much more. To describe all of its functions would be futile as the content is endless, but this is the gist of it.

This is a visually impresive game… 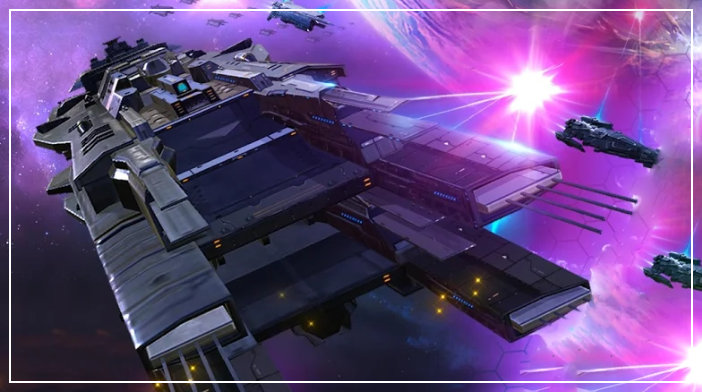 Stellaris Galaxy Command is visually an impressive game. Models and objects are all 3D, although, with some modes textures and rendering since they are all mostly miniatures, it works to the game’s benefit. The background and character portraits are 2D, and the games UI is highly responsive, complex yet comprehensive, and well-organized. Voice acting also ads a lot to the visual style, which is to say that this game feels next-gen.

Despite its impressive visual style, the game’s miniature models and animations make it go easy on your Smartphone’s GPU… 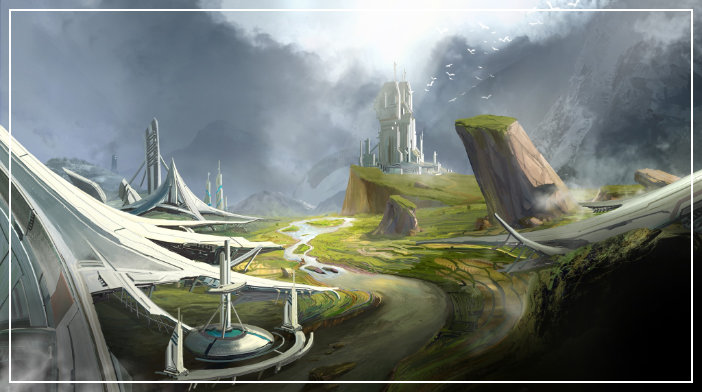 Despite its impressive visual style, the game’s miniature models and animations make it go easy on your Smartphone’s GPU. So, Stellaris Galaxy Command is not a demanding game and it will run decently on most devices, although you do need 3GB or Ram or higher for it to run smoothly all the time. It requires Android 5.0 and up or iOS 9.3 and up, for the respective devices, and it takes up anywhere between 1.3-2GB of storage space. 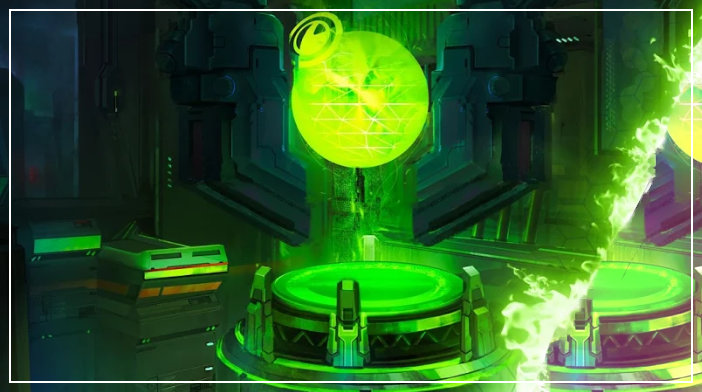 You do not have to pay a dime to play this game. It is free and all of its in-game features are available without the premium currency. With that said, this game relies on the standard time-saving mechanic for microtransactions as strategy games have relied upon ever since the ‘00s. This means that everything you do takes a certain amount of time, which at later levels becomes a LOT of time. Then, you are offered to pay with the premium currency to instantly complete that task, or wait forever. If you are in no hurry, this will be a free-to-play experience. If you are impatient, it could drive you crazy. Packs range from $1.39 to $139.99 and they are mostly for resources, of which there are a total of 32 in the game. This must be the highest number of in-game resources in a single game ever, and they are divided into categories

If it only had more regard for the players’ time and if there was less waiting when you are a free-to-play space cadet, it would have been perfect… 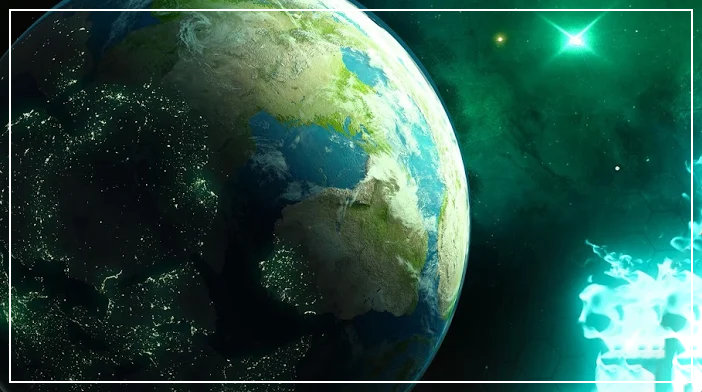 I reckon that any EVE Echoes fan who was tired of waiting for the game to come out (which was postponed three times) has been tempted to try this one out, and many of them stuck with it. This is a user-friendly game from that niche, with just as much content, just as much excitement, and just as much reward, but with less fuss and perhaps even a more snappy gameplay. If it only had more regard for the players’ time and if there was less waiting when you are a free-to-play space cadet, it would have been perfect.

If it only had more regard for the players’ time and if there was less waiting when you are a free-to-play space cadet, it would have been perfect... 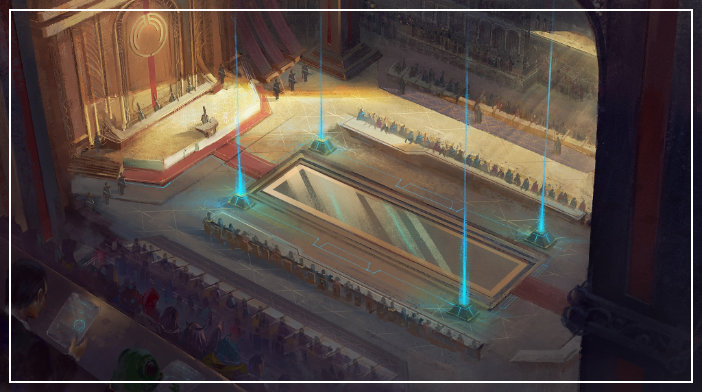 While this game came out relatively recently (in 2019) its community has grown to significant proportions. In-game visual and gameplay cues are comprehensive, but any game with this large scale of details and features is bound to raise a lot of questions with the audience. The community is mostly interested in resources and how to obtain them.

How to collect minerals?

Minerals are a big part of this game and it is the resource that is also used in the original Stellaris game. It is mostly spent to build and upgrade your buildings in the space station and it is obtained via:

How to get gel?

The Gel is one of the 5 basic resources. It is mostly harvested with workships if they are harvesting deposits in sectors that have gel, which is displayed in each sector’s info. The Gel is also obtainable in the resource forge, but it will produce gas if you are in a sector that contains gel.

How to get energy credits (EC)?

Again, one of the main resources, Energy Credits are vital to your gameplay. They are generated by various sources but mostly pops. There are 4 pops in the game:

How to get Chad?

Chad is one of the most sought-after leaders. There are currently no premium leaders, but if there were, Chad would be one of them for sure. Luckily, he is unlocked in the Nexus, like all other leaders. But, unlike most other leaders who only require your Nexus to be a certain level, Chad is unlocked by completing a mission titled “Let’s Be Friends”. Chad is a Commander Class leader and while the planned for the mission is different from player to player, you need to scan right. There will be 3 levels before unlocking Chad, so you need to explore carefully.

If it only had more regard for the players’ time and if there was less waiting when you are a free-to-play space cadet, it would have been perfect...