There are many games based on empire management, taking inspiration from the history books, and they usually deal with Medieval Europe or ancient empires like Rome or Egypt. Game of Sultans, however, puts you in the shoes of Sultan of the mighty Ottoman Empire, one of the last Empires that existed in the modern World, reaching even all the way into the 20th century.

In Game of Sultans, you’ll be managing the empire from its early days and well into the peak of its strength. Will you be the Sultan all your people will remember for centuries after your death, or will your reign be fast forgotten in the turbulent tides of history? It’s up you to ensure the former as you skillfully navigate through each aspect of being a Sultan including war campaigns, Vizier management, resource attainment, romancing the perfect consorts and getting strong heirs and allying yourself with the neighboring rulers. It can be a pretty daunting task, especially if you’re not used to games in this style. This is why we’ve prepared a comprehensive guide of tips and tricks you can utilize to improve your performance as ruler of the Ottoman Empire. Read on! 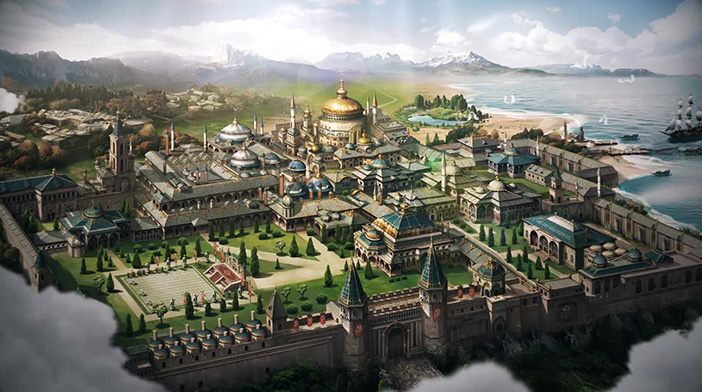 This seems intuitive and logical, but it’s paramount to being successful in Game of Sultans. The more time you spend in the game and the more you click, the more you can get out of it. The game rewards you for coming back to it, and you’ll be on your way to becoming the Sultan every citizen hopes for if you stay vigilant and tend to the needs of your empire. This means completing your quests as soon as they come up, successfully winning your campaign battles, getting all the small bonuses you can at your Imperial Palace, like the ones the fortune teller gives you and making good on every little offer the game gives, in order to get that edge. Every other tip in this guide can be seen as a corollary of this one, so keep that in mind.

Tip #1 Level your Sultan up as fast as possible 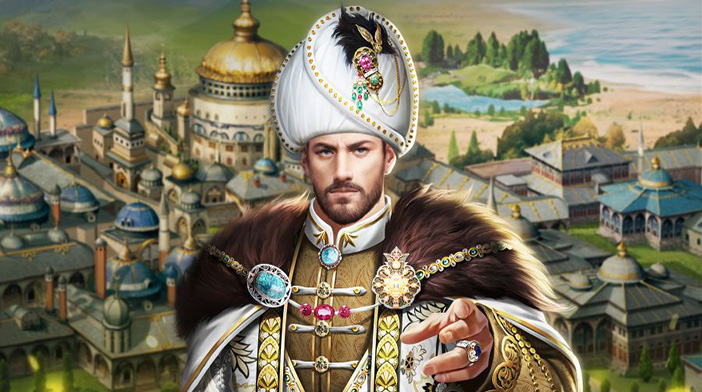 Leveling up grants you a variety of new abilities, including unlocking some of the facilities at the palace like the Masquerade, where you get to meet your potential love interests, or the Arena, where your trusty Viziers help you in PvP combat. However, the biggest benefit from leveling up is the increase in levies at your Imperial Parliament, granting you the ability to gather Wealth, Grain and Soldiers faster.

As this is a military expansion game, your number of soldiers could quite possibly be one of the most important factors deciding your success, so you’re going to want to keep this number as high as possible. Leveling up can be done in a couple of ways, including completing campaign battles, using the XP boosts in your inventory, which you get at certain intervals, as well as choosing the “No” option in the Imperial Affairs. These affairs usually involve a nice bonus of either Wealth, Grain or Soldiers as one option, or a couple of XP points as the other. Being a self-sufficient Sultan and declining the extra resources increases your XP, so choose this option if the extra resource isn’t urgently needed at the moment. This can be more useful in the long run and lead to more resources than if you just take the extra. Speaking of Imperial Affairs, that leads us to the next tip.

A tip that’s based on Tip #0, which is to keep coming back to the Game of Sultans Imperial Parliament to consult with Ahmelek and Hocas. The former keeps your Levies in check, so you’ll want to go to him to acquire your resources as fast as they stack up (when you level up to Grand Sultan I you’ll get the option to auto-levy, but until then you’ll want to keep clicking). The latter keeps your Imperial Affairs we already talked about in check, and new issues and questions rise up regularly, so you’ll want those bonuses as fast as they come up. A good Sultan is in constant contact with his Viziers, which brings us to the next tip. 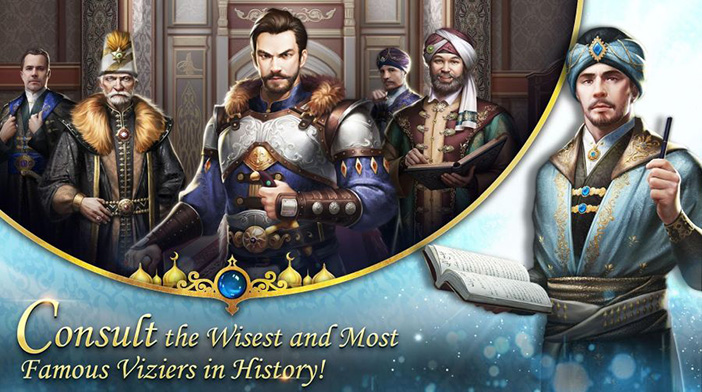 Your Viziers are among the most important people in your kingdom, and they help you with running and expanding your domain immensely. Viziers have 4 skills in Military, Research, Political, and Prestige, but each Vizier specializes in just one of these, which you can tell by the appropriate icon glowing in their profile page. The skill points in this category will also be highest, so you can easily tell which Vizier has what specialty. You’ll need your Viziers in your military expansion, as they’re the ones who take down the enemy generals and win territory for you, so you’ll want Viziers with strong military capability. As a matter of fact, the military skill seems to have the highest impact on your empire, so you might want to prioritize Viziers that excel in this category, like Veli, Fazil, and Hadim.

It’s best to have a fewer number of highly trained Viziers as compared to a higher number of mediocre ones. Early on in the game, you might want to have just one or two main Viziers that you spend all your gold leveling, and then moving on to four more when the campaign missions start to ask for 6 or more high-level Viziers. The education of your Viziers is also crucial, so keep them busy at the Academy as much as you can. You might even want to unlock an extra slot at the Academy so you can send two Viziers at a time to study.

Another important factor when it comes to Viziers is the Consort affecting them. Each has one, and they get quite the bonus if that Consort is leveled up, so keep that in mind and check which pairs of Vizier/Consort are the most beneficial for you. Speaking of which…

Tip #4 Get the best Heirs from your Consorts 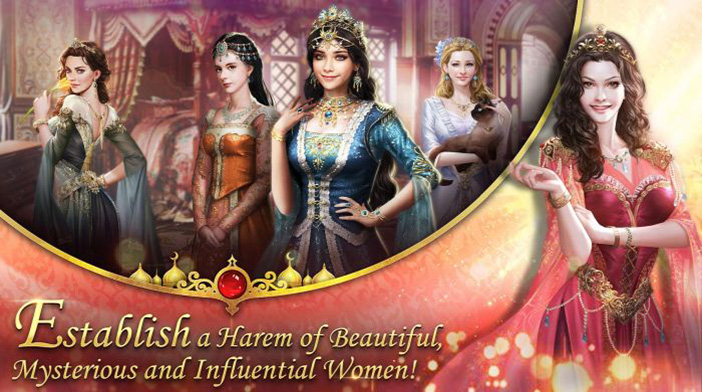 A good Sultan is desirable and strong, so he’ll have many wives in his Harem, and those wives will give birth to many strong heirs to further solidify the empire with strategic marriages. You get one Consort early on, but as you keep playing you’ll unlock many more of them, whether in the Masquerade or by purchases. Apart from affecting your Viziers, the main role of Consorts is to help boost your empire’s stats by giving your heirs. Not all Heirs are created equal, though, as much as you love them all for being your children, some are just rarer and better than the others. The rarity, and thus stats of an heir depend on your intimacy level with the consort birthing them, so you’ll want to have consorts leveled up to give you the highest chance of getting the best Heir possible.

Contrary to the advice on Viziers, you’ll want to spread out the experience level on all Consorts, as you only get random visits to the Harem, and you never know which Consort will acquiesce to your wishes. Unless, of course, you pay diamonds to choose which Consort you meet, but that is not sustainable in the long run unless you like spending money needlessly. Consorts also have a Charm stat influencing her XP, which in turn influences the Vizier she’s associated with. As mentioned in the section on Viziers, you’ll want to keep your most relevant Consorts high in XP so as to grant the biggest bonuses to your generals.

Heirs, on the other hand, are useful for increasing your kingdom’s stats and, when they reach adulthood, solidifying your relations with other kings by marriage. This matrimony is actually to an Heir of another real player, and not an AI, so you’re interacting with other mighty Sultans. Finding a suitable match for your Heir can be challenging and expensive, but in the long run, it will be worth it.

Tip #5 Make use of the Hunting Ground and Fortress Siege

These are timed events and not available at will, so again we come back to Tip#0. The more you play, the higher the probability you’ll encounter the Grounds or the Siege available. Or you can just memorize or write down when they are open, and log in at that time to make use of these options. Here you can win some extra goodies and items for you, your viziers, heirs, and consorts.

All in all, to be a better player of Game of Sultans you need to know as much as you can. Reading guides like this and continually playing the game is an excellent start, and even though the game has a very steep learning curve with much information to take in, once you get the ball rolling you’ll quickly be able to start adeptly managing your empire. Go on, Sultan, make your empire known the world over!