Grand Chase was a free-to-play, two-dimensional side-scrolling MMORPG developed by the South Korean company KOG Studios. We said was because in April the game ceased development and terminated its service worldwide, with the North American server being the last to close. As of 2018, all official Grand Chase servers have been shut down. In 2018, the main game received an official sequel in form of the mobile game Grand Chase for Kakao which later released internationally titled Grand Chase: Dimensional Chaser. This game brings a continuation of the story after the events that occurred in the Tower of Disappearance.

The story focuses on Kyle and Cindy, the apprentices of Kassias Grandiel from the world of Kricktria, as they embark on a journey to secure the avatars of God from the hands of darkness and retrieve the Grand Chase members who went missing in action after their battle against a group of Asmodians in a dimensional fissure.

Grand Chase Dimensional Chaser is a game wherein players can attack numerous enemies with a simple tap and drag operation, a strategic team combo battle system up to a team of four members, directional skills, and various sequence combo control. Moreover, there will be new characters in the new storyline aside from the original heroes. For PvP, players need to defeat AI opponents set by other players to rank up. 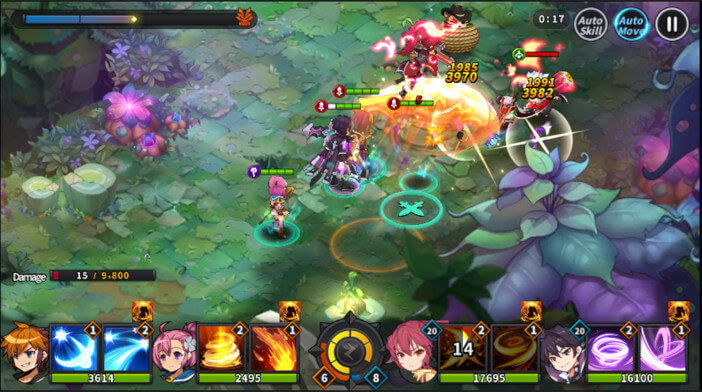 Unlike the PC game, all playable characters in Grand Chase Dimensional Chaser are classified into five different types: Assault Type, Tank Type, Ranged Type, Mage Type and Support Type. As of now, the Grand Chase members are ranked as Rank-SS while the rest being Rank-S, Rank-A and Rank-B. High-ranked characters are often obtainable through Gacha summon and ticket draws while the low-tiers are rewarded in regular missions and chest draws.

The Dimensional Chaser’s battle system changed comparing to the PC version of Grand Chaser. It contains a series of modes in Grand Chase Dimensional Chaser where tons of missions and rewards can be found. Every mode gives necessary items that players need to upgrade their units. There are recommended battle points for every stage and each mode has different mechanics on how players use their abilities to complete the mission. Speaking of battle modes, there are Trial Tower, Dimensional Boss, PvP, Hero’s Tower, Daily Defense, Wizard’s Labyrinth, Dimensional Chasm, World Boss, and various Events, like Parley PvP, Battlefield of Choice and Kounat Operation Escape. 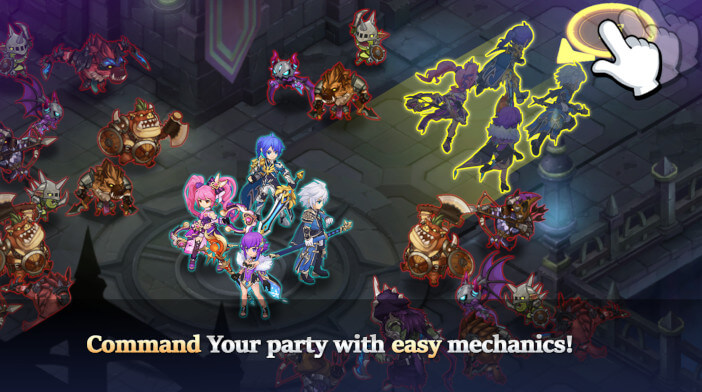 The reception of this game was exceptional. The number of users exceeded one million in just 10 days during the pre-registration period in Korea, while the Philippine server has reached 10,000 in just a day. Grand Chase for Kakao became an instant hit upon release in Korea that it ranked 1st place in the App Store and 2nd place in Google Play. It also caught the attention of the international community and is set to be localized before 2018 ends.

Dimensional Chaser is a great sequel to a great game, which managed to simultaneously adapt the gameplay elements to the mobile version and to keep everything which made the original game so good.

Dimensional Chaser is a great sequel to a great game, which managed to simultaneously adapt the gameplay elements to the mobile version and to keep everything which made the original game so good.