Hello everyone, it’s time for the Part Two of Become a Prefect Adventure Walkthrough for Harry Potter: Hogwarts Mystery. In the previous part, you learned from your Head of House that you’ve been selected as one of the candidates for the future Prefects. However, the road to becoming one is full of tests and hardships and is not something to be taken lightly. Your first obstacle was the Transfiguration class which you successfully passed. Then you studied with Tulip and prepared for the next step – Charms Class. Afterward, you learned that Charlie is also aiming to become a Prefect, so you’ll have some healthy competition.

Now, you should proceed to the Corridor and report to your Head of House. 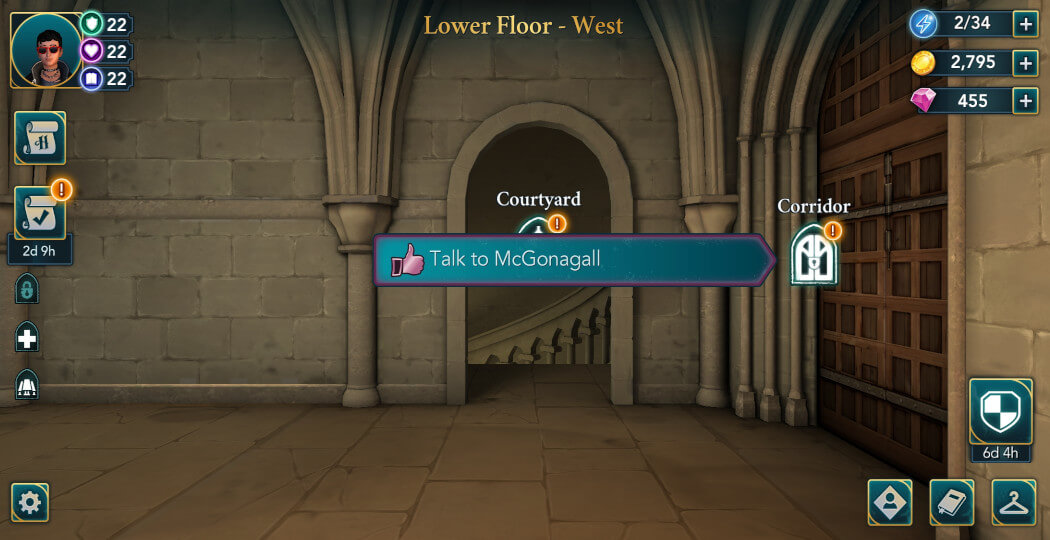 You’ll be praised for your performance so far. Then, you’ll be asked if you can enforce school rules, which means even taking House Points from your own House. You have two response options. Both of those will lead to the same outcome, so you don’t need to worry about this choice, simply pick whatever you prefer, but keep in mind that the second option is worth more attribute points. 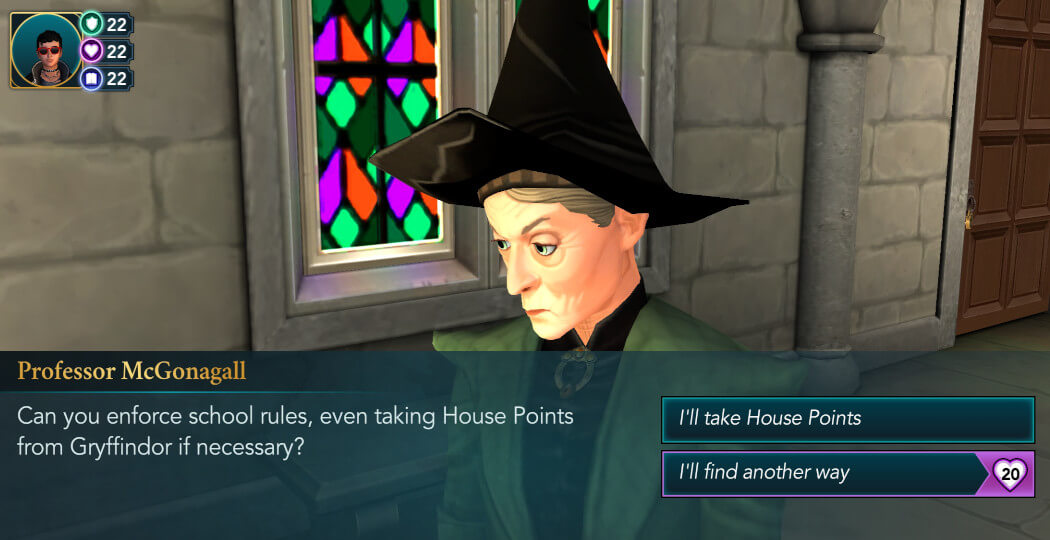 For the next task, you should head to the Clocktower Courtyard and make sure that your housemates are following the rules. 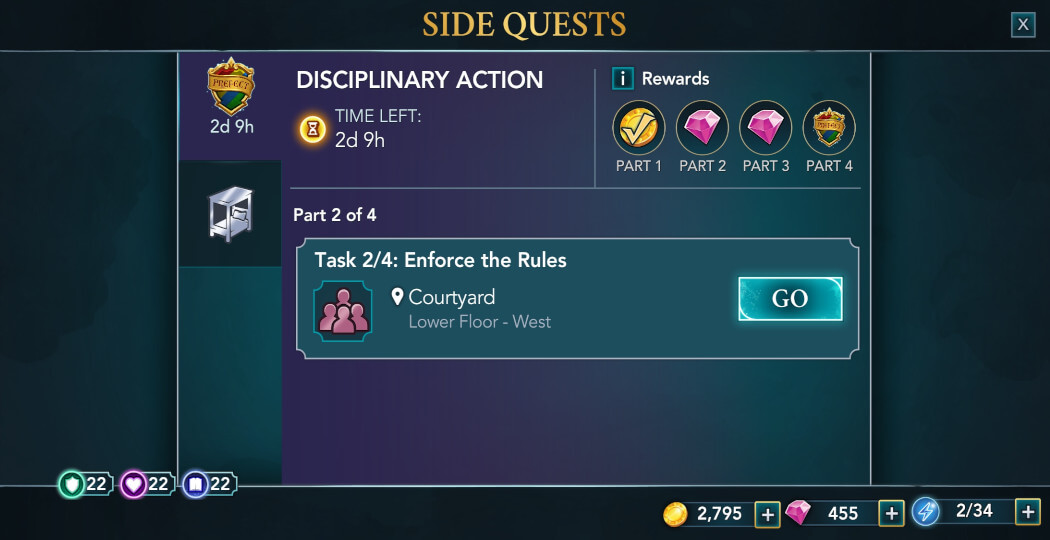 Upon arriving, you’ll be able to interact with some of the students. Simply tap on their speech bubbles to see what they have to say. 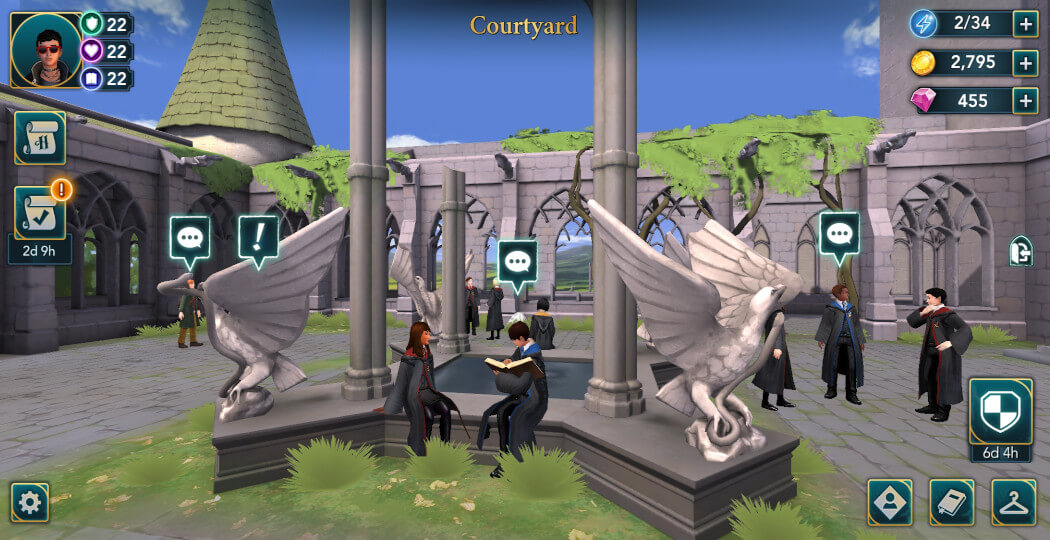 You’ll then be greeted by Rowan and two other members of your House. 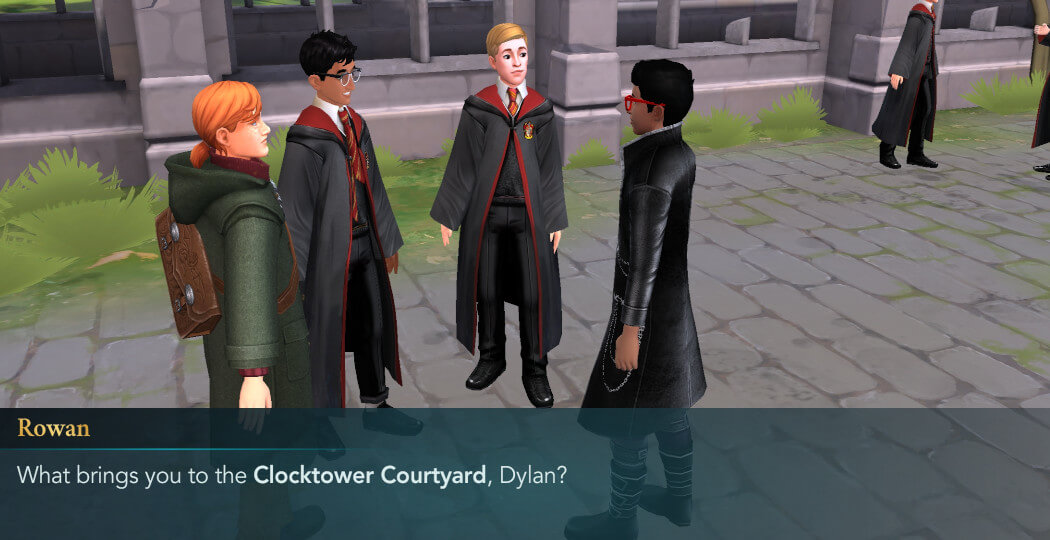 After talking for a while, you’ll get the task to watch over the Courtyard. To complete it, you need to earn five stars within three hours. Since you need all the stars to pass, you definitely don’t want to begin this with an empty energy bar. 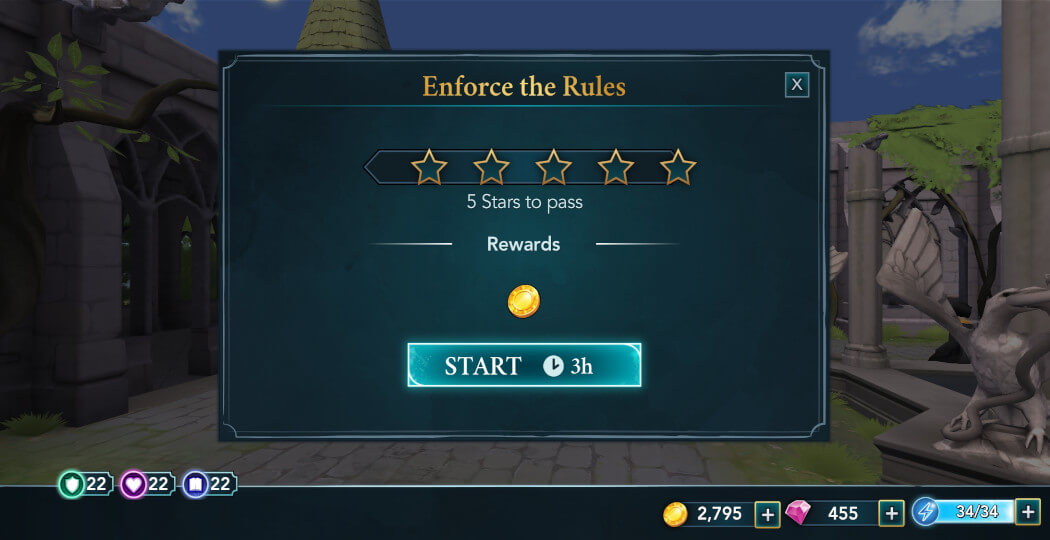 Sadly, there are no actions with the high cost here, so it could take you close to sixty energy to complete this. Other than that, it’s pretty much the same as any other story task. 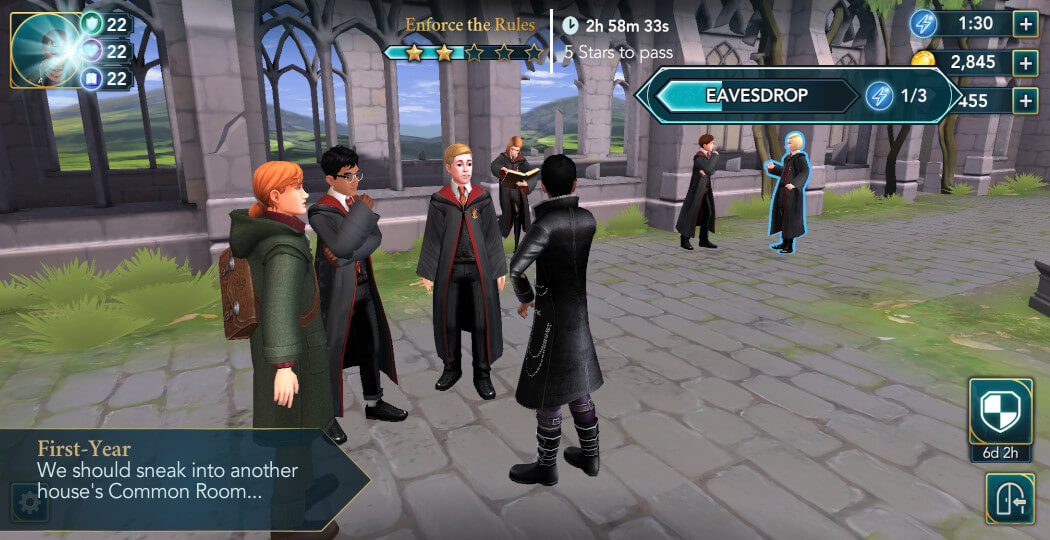 When you are done, you’ll notice two of the students using the magic outside the class. What’s worse, they used the Dancing Feet Spell and one of them can’t stop dancing uncontrollably. 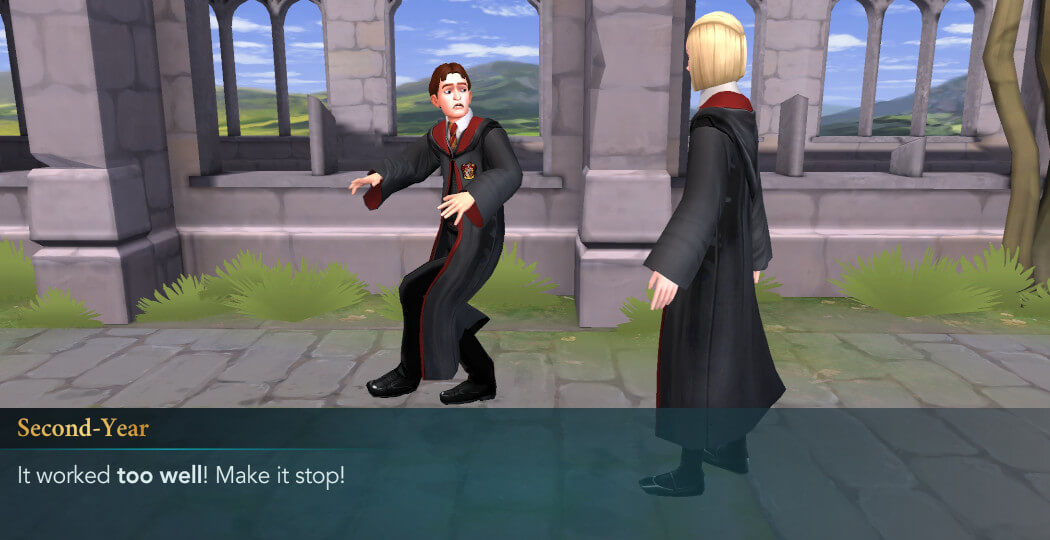 It’s up to you to help the poor lad by casting the counter-spell. Trace the wand movement on the screen to cast Finite Incantatem. 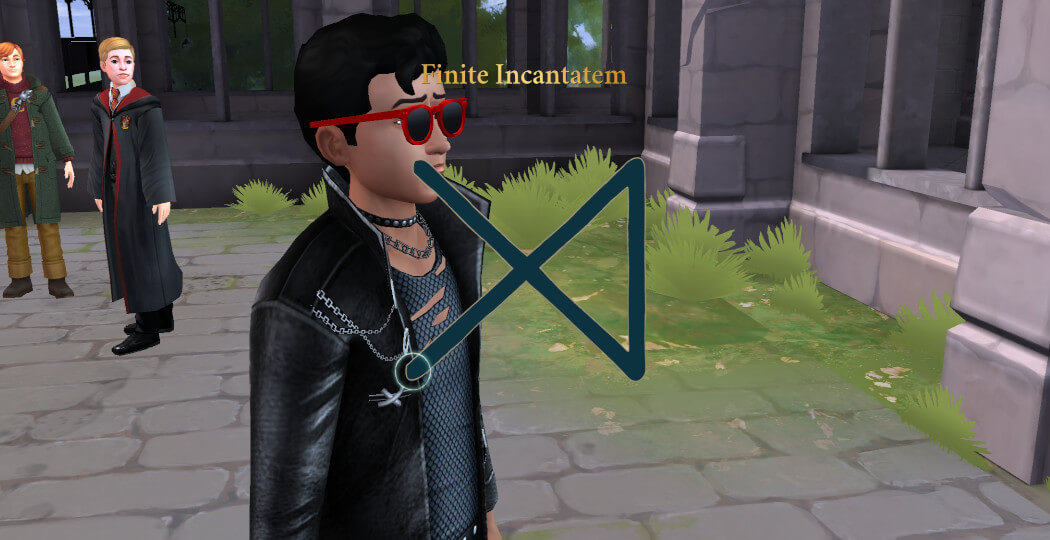 You’ll then have a choice to either report them or let them go. Since you are aiming to become a Prefect, it is highly advised to pick the first option. 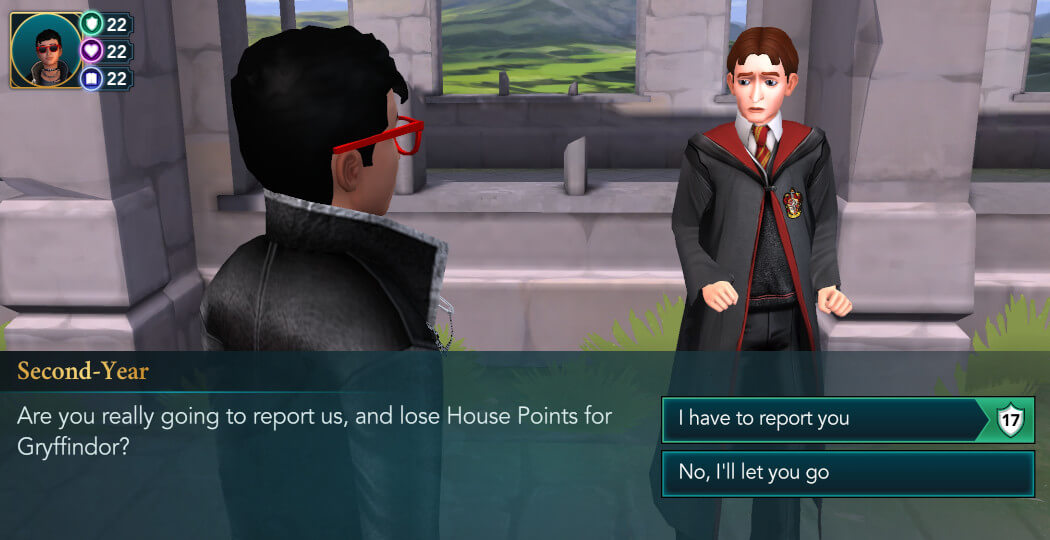 Next, you’ll have to head back to the Corridor and report to your Head of House. 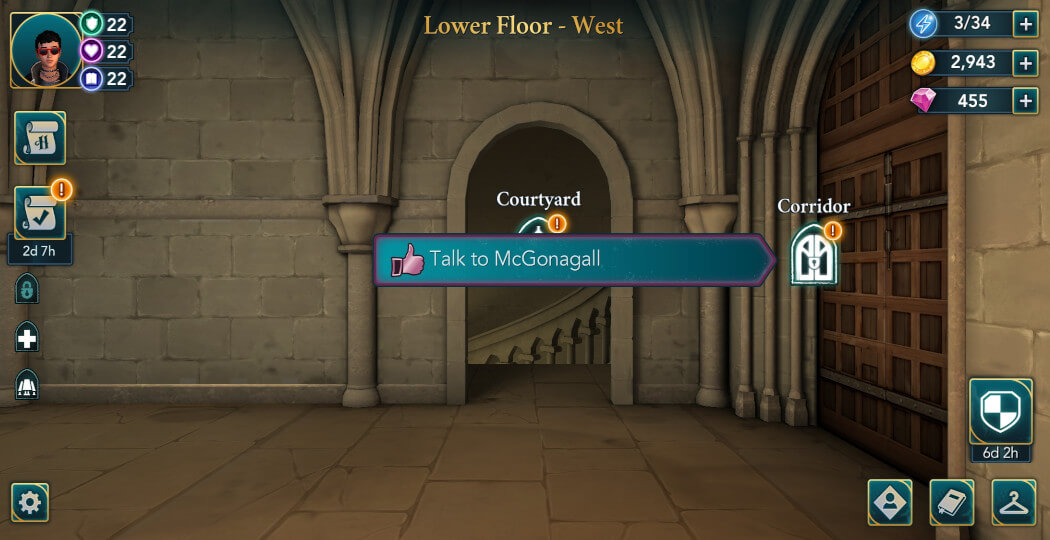 After reporting the situation, you’ll lose ten House Points, but it’s a necessary sacrifice on the road to becoming a Prefect. 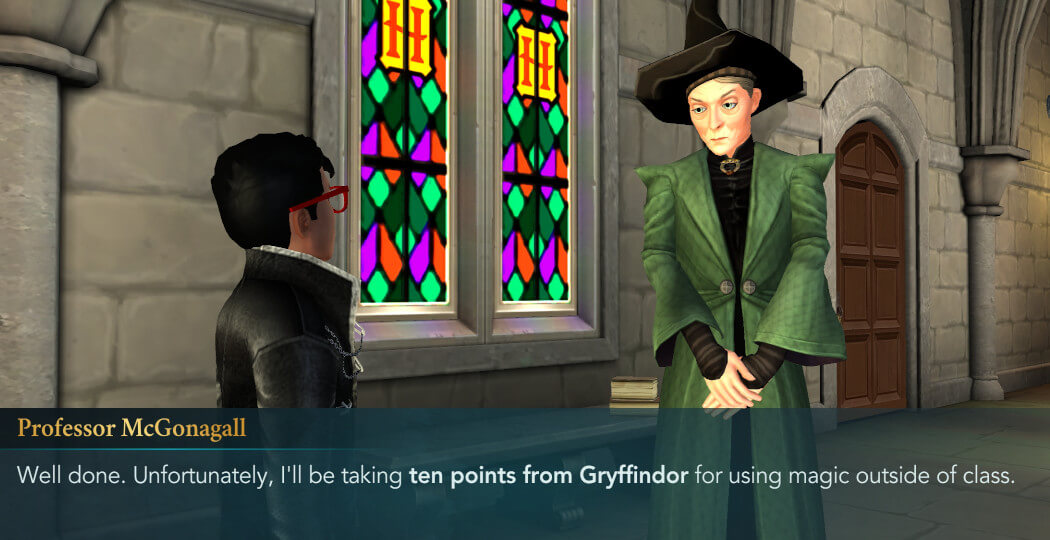 For the next task, you should proceed to the Three Broomsticks to meet Bill in order to learn some useful things from him. 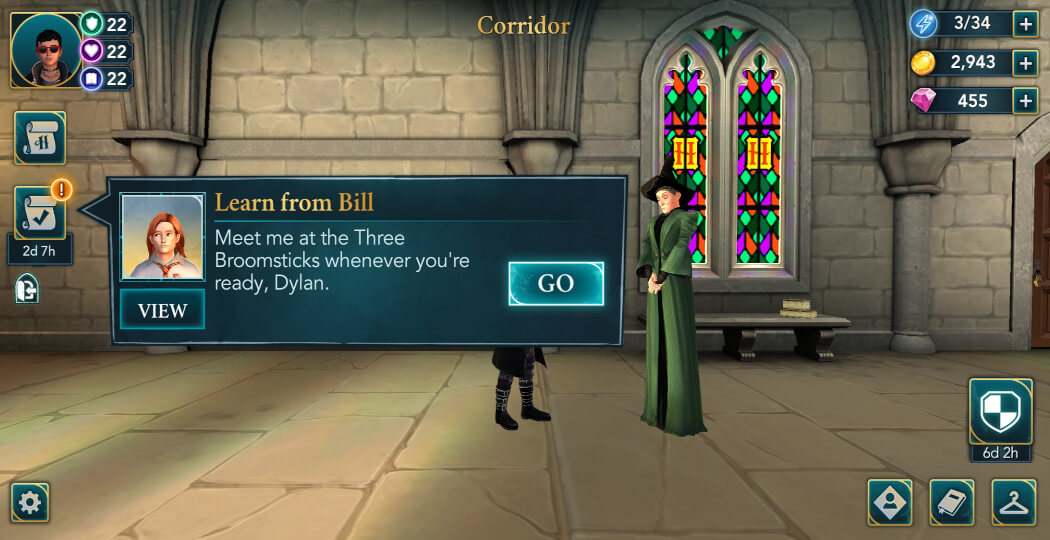 When you get there, you’ll notice the speech bubbles above some characters. Tap on those if you want to see what they have to say. 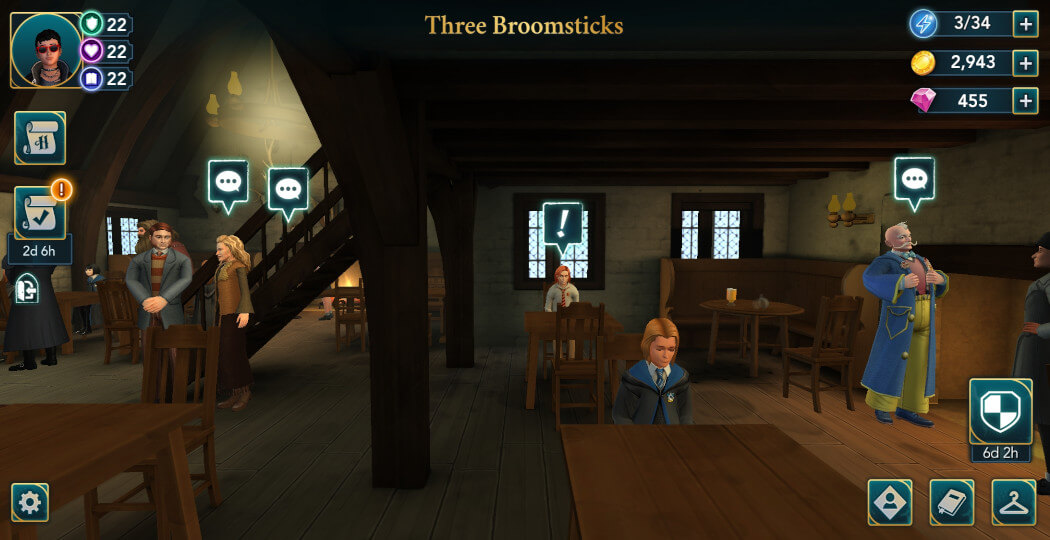 Learning from Bill is a three-hour task with the passing requirement of five stars. 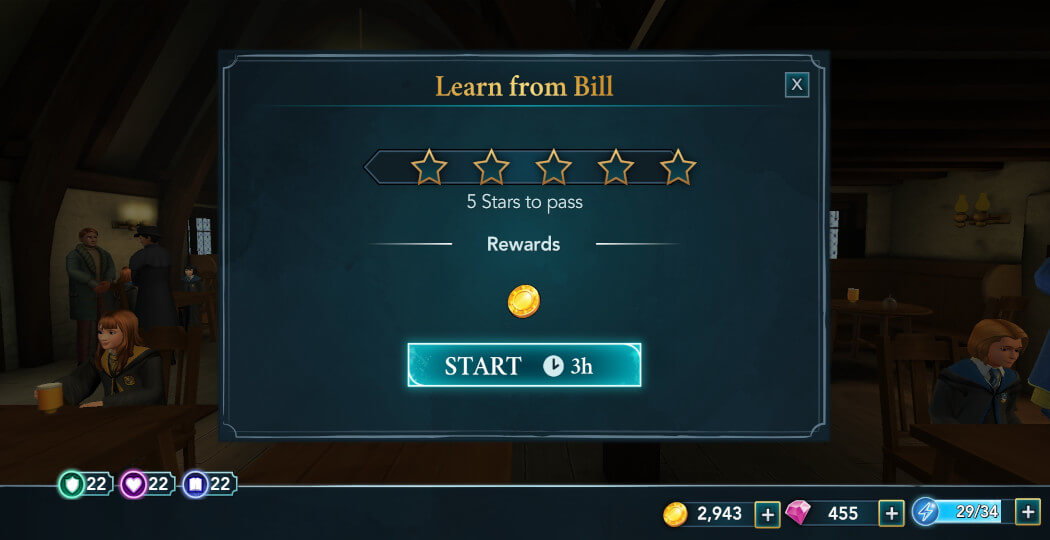 Keep in mind that you can slide the screen left and right in order to see all the available actions. 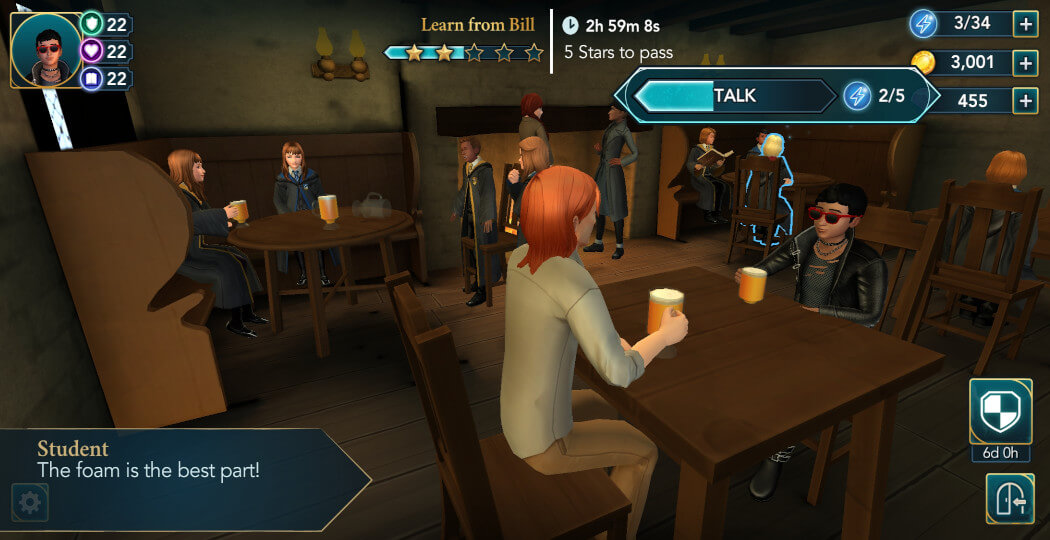 Shortly after you finish the task, Part Two will be completed. Hit the Collect button to claim your reward. 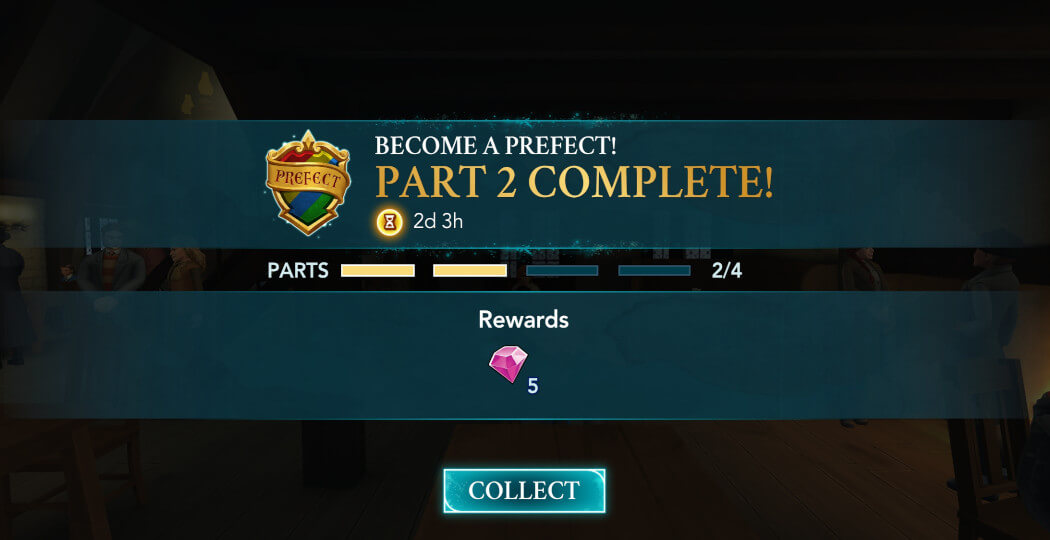 There were some interesting choices you had to make and there will definitely be more to come. Becoming a Prefect is not an easy task. But what other obstacles will you have to pass? What other challenges will you face? Find out in the next part of this exciting adventure!
Thank you for reading. Until next time.

You can check out our video playthrough of Part 2 HERE