Hello everyone, welcome to the Part Three of Become a Prefect Adventure Walkthrough for Harry Potter: Hogwarts Mystery. Last time, you were tasked with watching over your housemates and making sure that no one breaks the school rules. You also had the opportunity to learn some things about being a Prefect from Bill.

Now you can continue where you left things off. Hit the GO button and proceed to the Corridor to meet your Head of House. 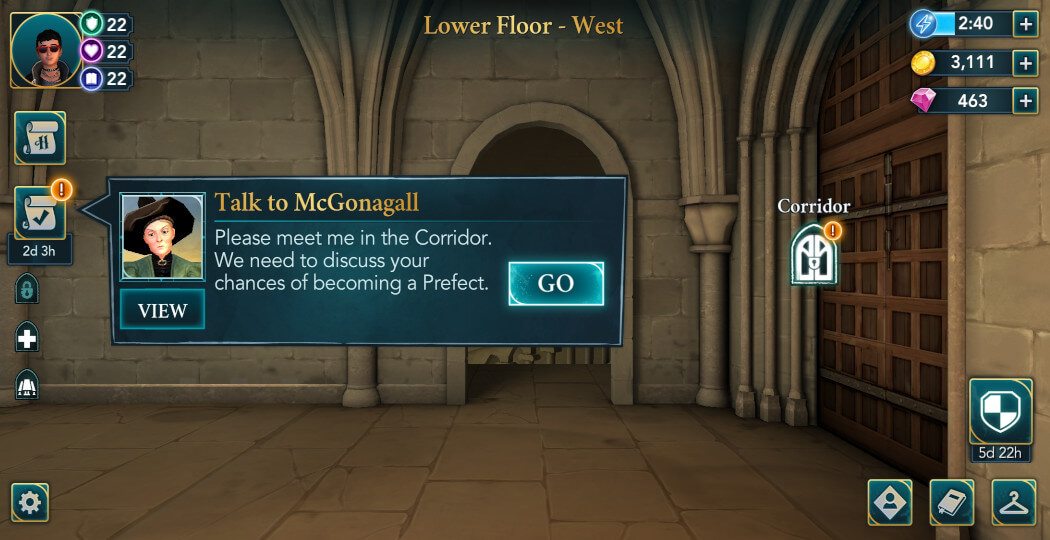 You’ll be commended for your effort so far, but there are more obstacles to overcome on your way to becoming a Prefect. 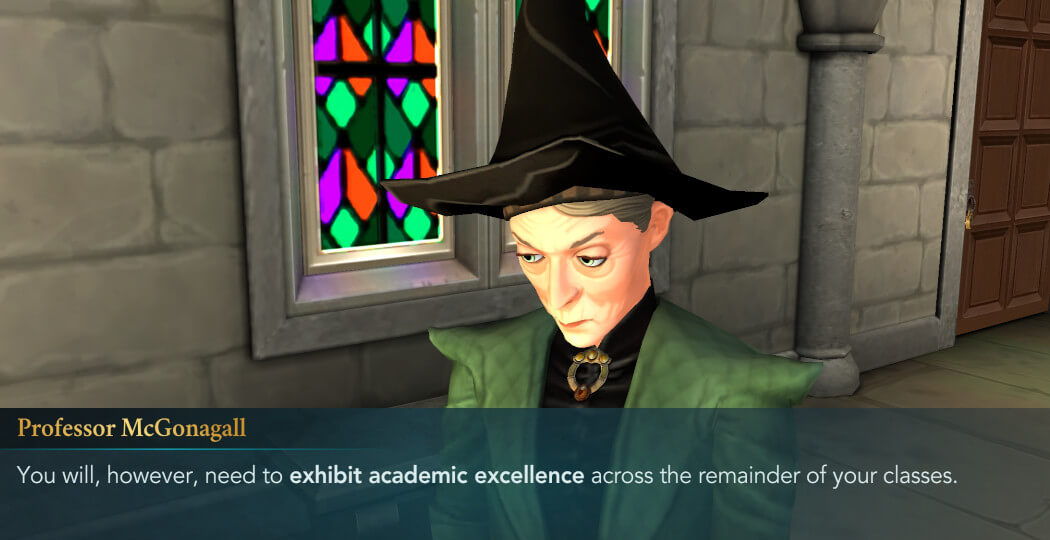 For your next task, proceed to the Herbology Classroom. 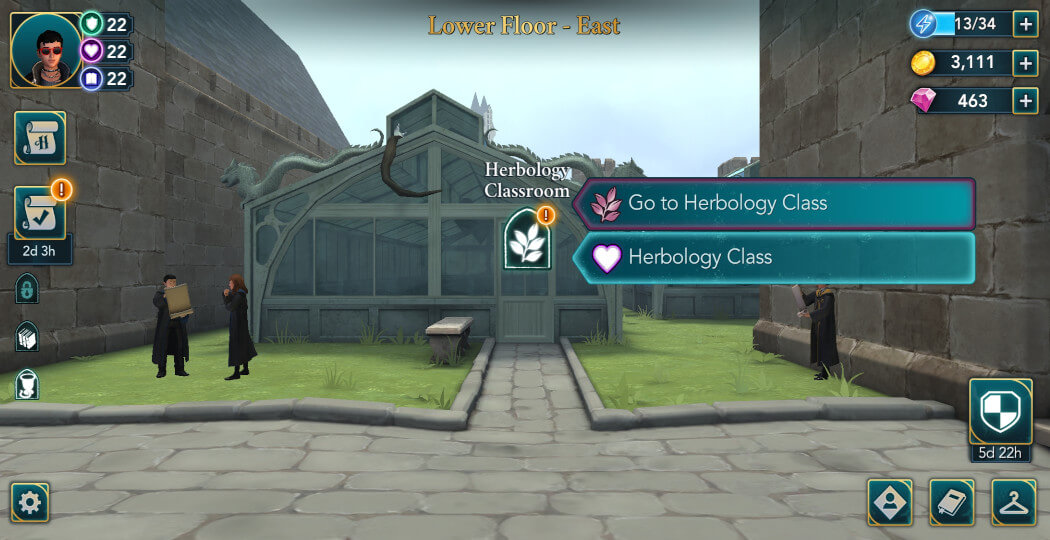 When you arrive, you’ll notice that some of the students have something to tell you. Tap on their speech bubbles to see what they have to say. 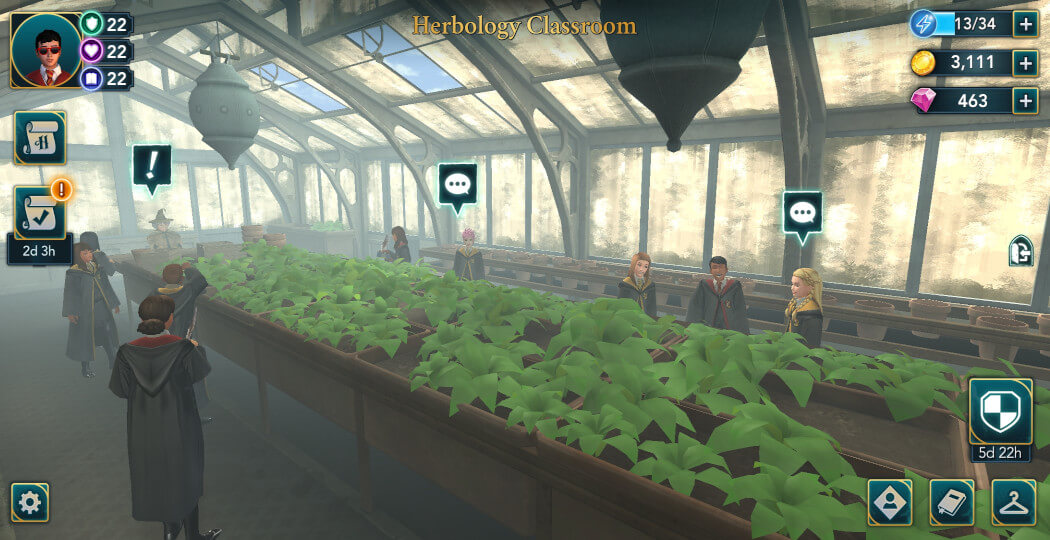 Professor Sprout will hold a short introductory speech before the class begins. This task requires you to earn at least one out of five possible stars within three hours. 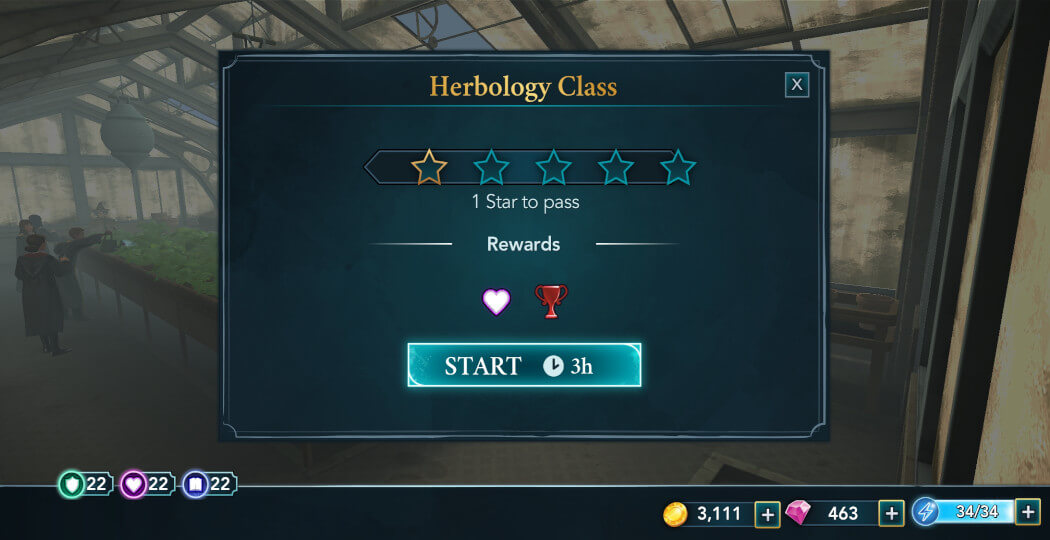 This is pretty similar to any of the regular classes, so follow the usual routine – tap on the glowing objects to complete actions. This will fill up the star meter and eventually, you’ll earn stars. 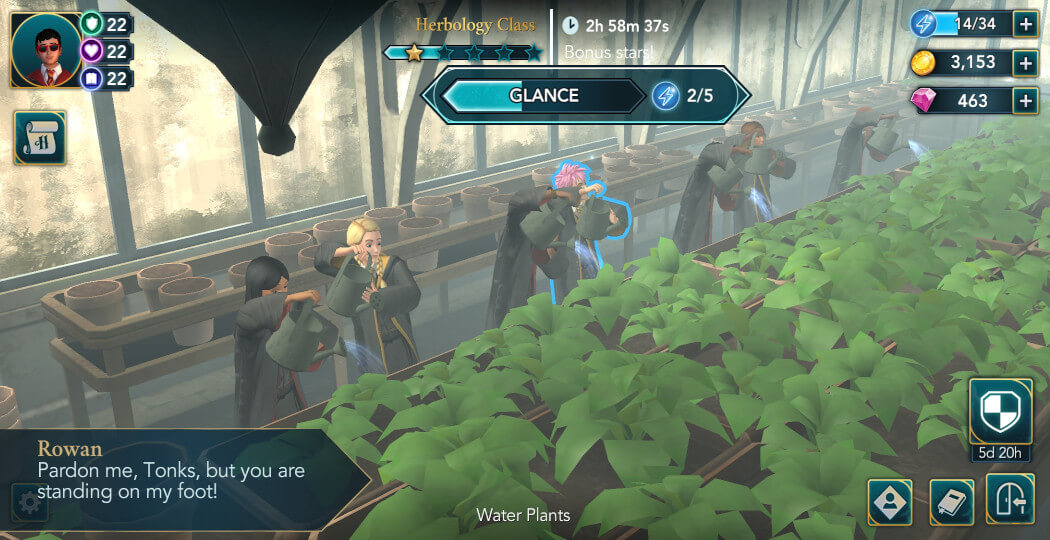 Also, pay attention to the mini-tasks since successfully completing each of those will award you ten Empathy points. 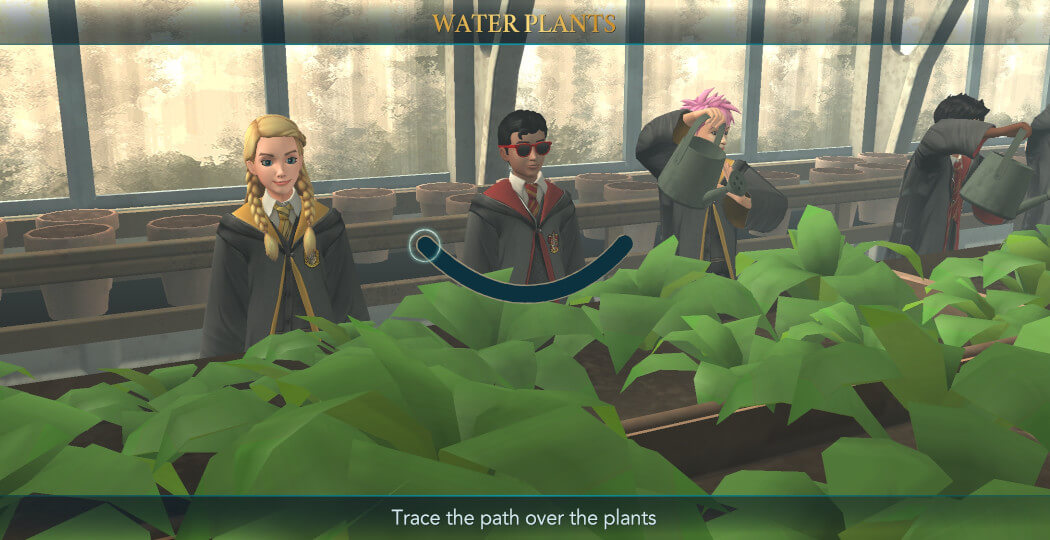 When you are done, you’ll learn that Tonks is also trying to become a Prefect. 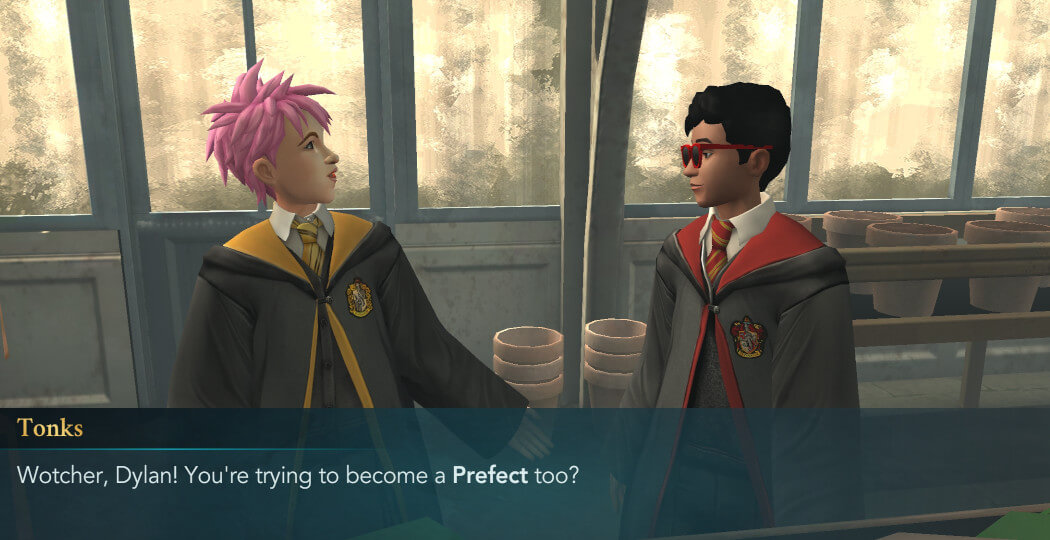 She’ll then invite you to Zonko’s to catch up with her. Proceed there once you are ready. 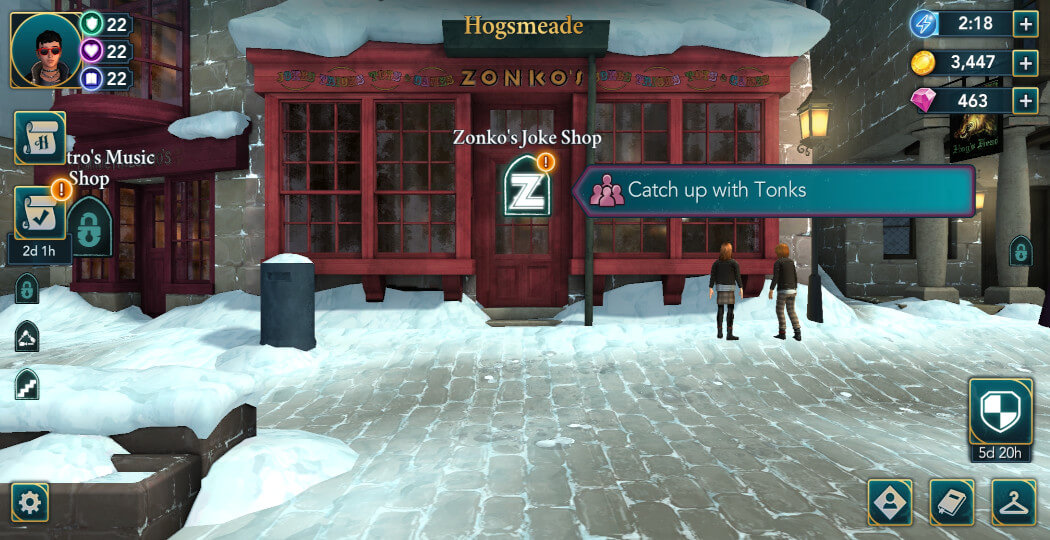 Upon arriving, you’ll be able to interact with some characters and see what they have to say. 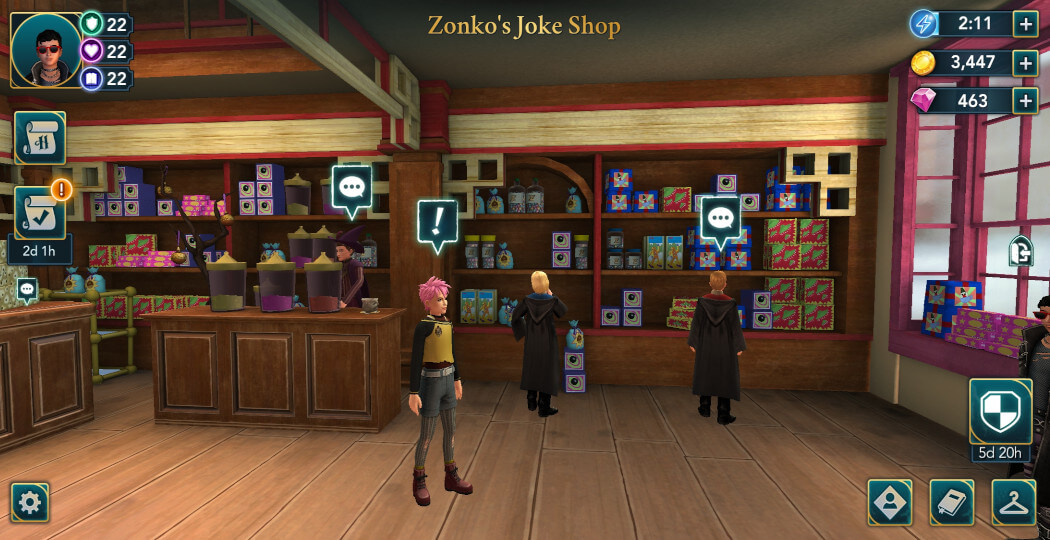 After talking for a bit, Tonks will ask you which pranking item would cause the most trouble. You have three response options. 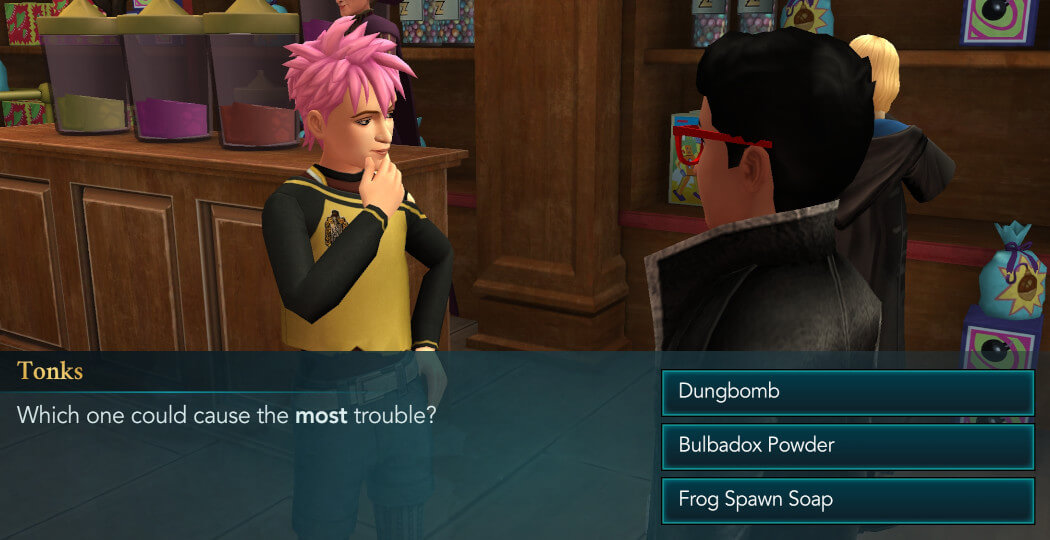 Each of those will give you five attribute points, but the outcome is pretty much the same, so pick the one you like the most. You’ll talk to Tonks some more before receiving the next task. Once you are ready, hit the GO button and proceed to the Great Hall to meet Penny. 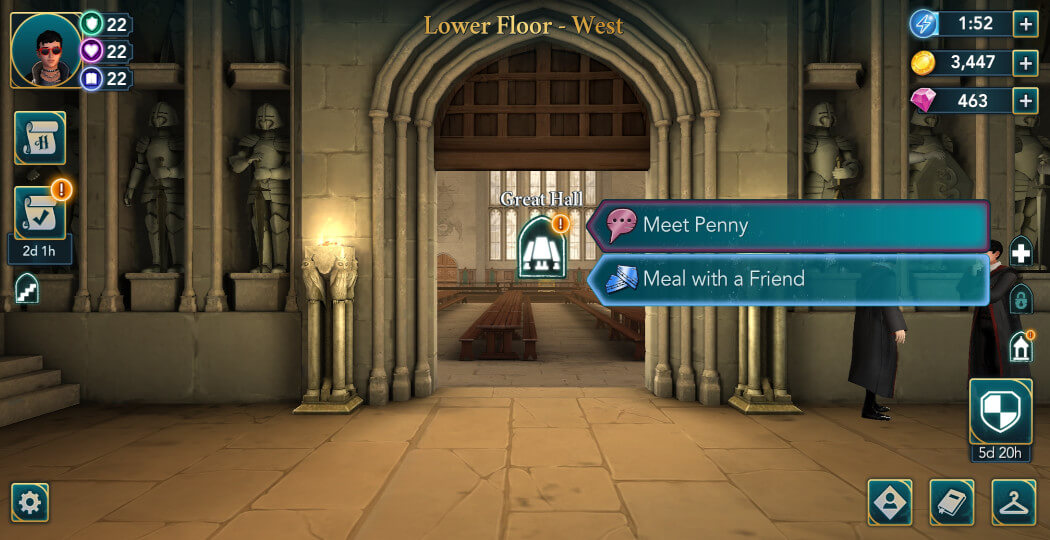 As you arrive, you’ll notice the speech bubbles above some characters. Tap on them if you want to see what they have to say. 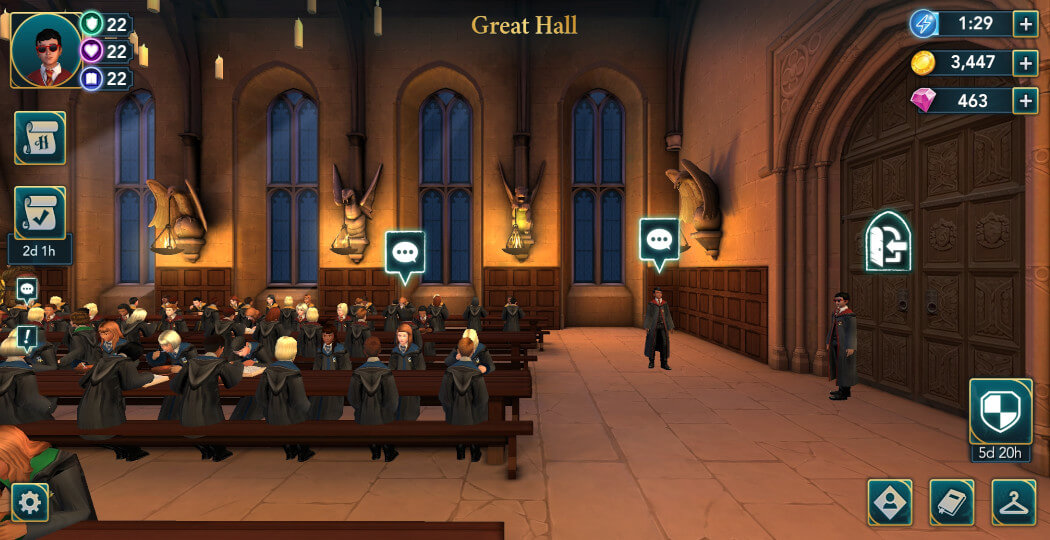 You’ll talk to Penny and she’ll tell you there is a possibility that Rowan also wants to become a Prefect and that you should probably talk to him about it. You can react to this in two ways. 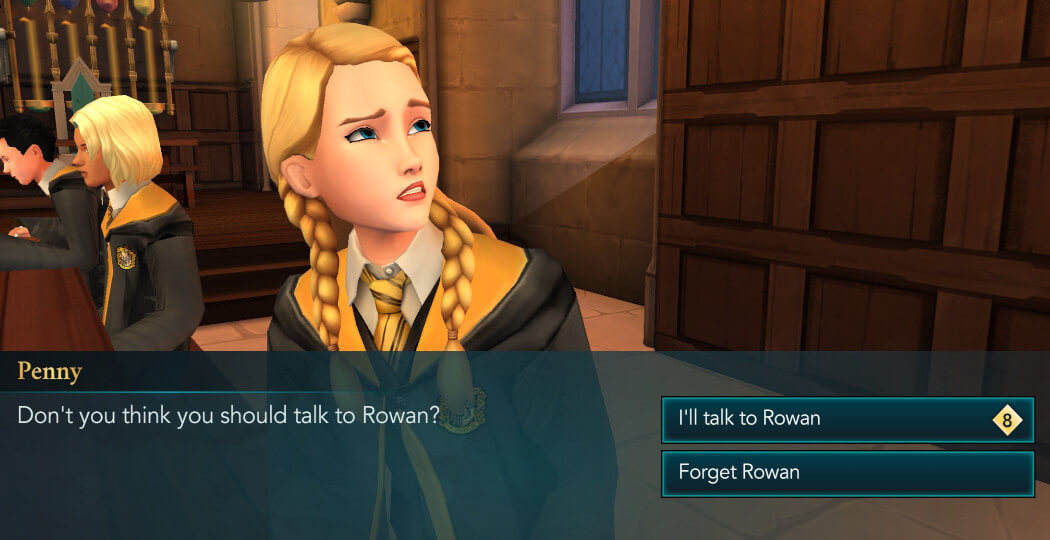 It is strongly recommended to go with the first option if your friendship level with Rowan is eight or higher, which at this point shouldn’t be a problem. Selecting the second choice would result in some rather unpleasant scenes which you definitely want to avoid.
For the next task, proceed to the Library to meet Rowan. 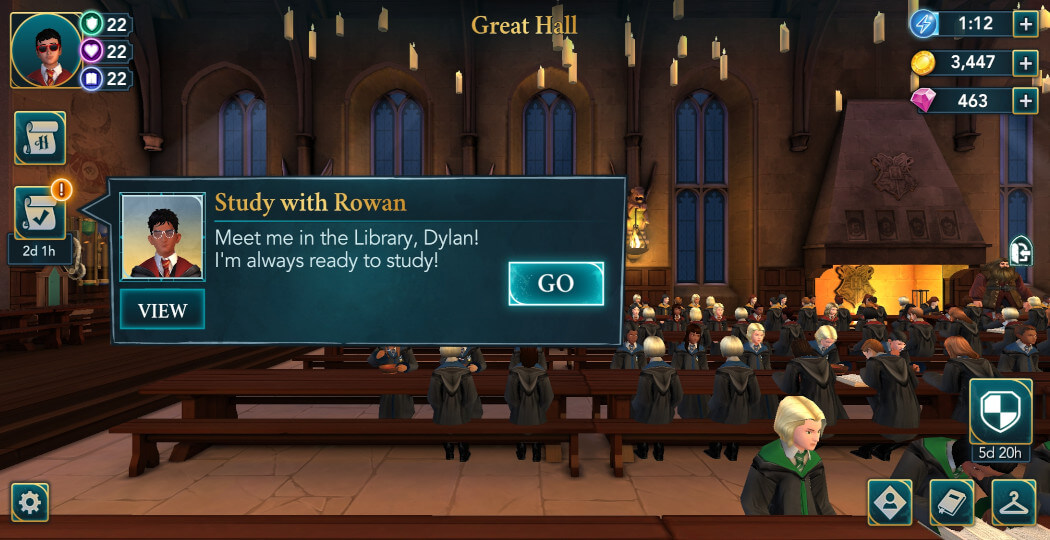 Upon arriving you’ll be able to interact with certain characters and see what they have to say to you. 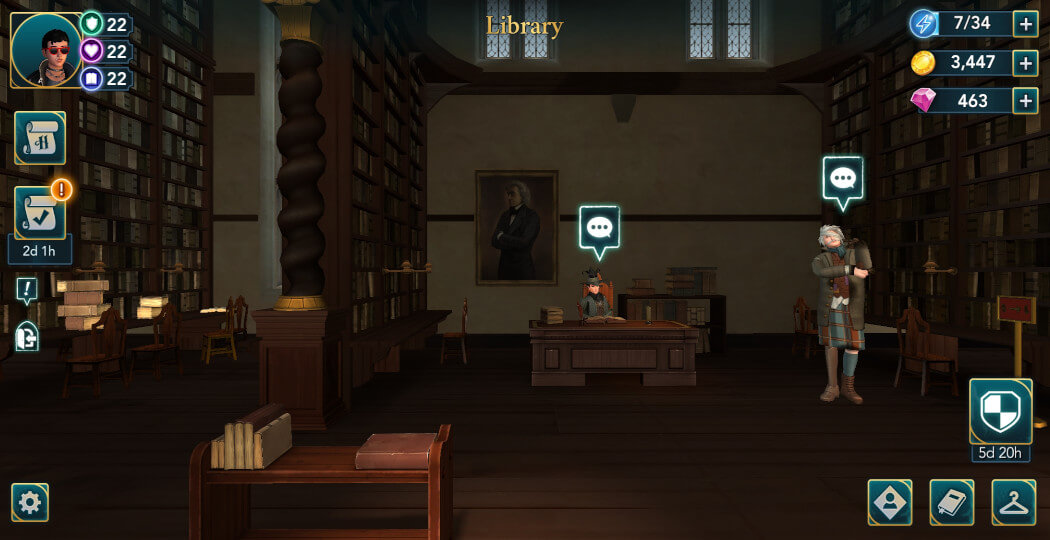 After talking to Rowan, you’ll find out that he isn’t really upset about you trying to become a Prefect. In fact, he’s actually glad about it. 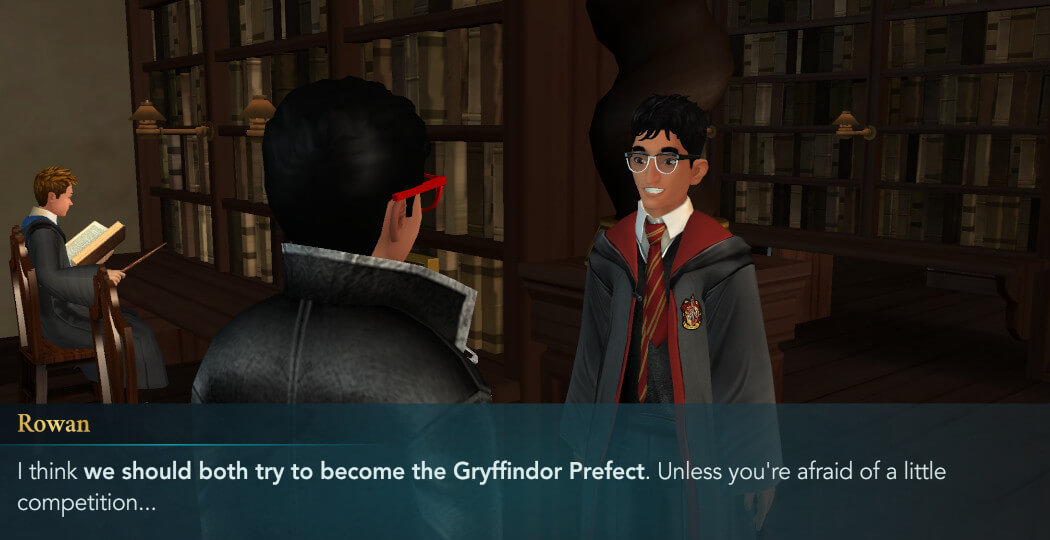 You’ll then get to study with him for your Potions Exam. This is an eight-hour task which requires you to earn five stars in order to pass. 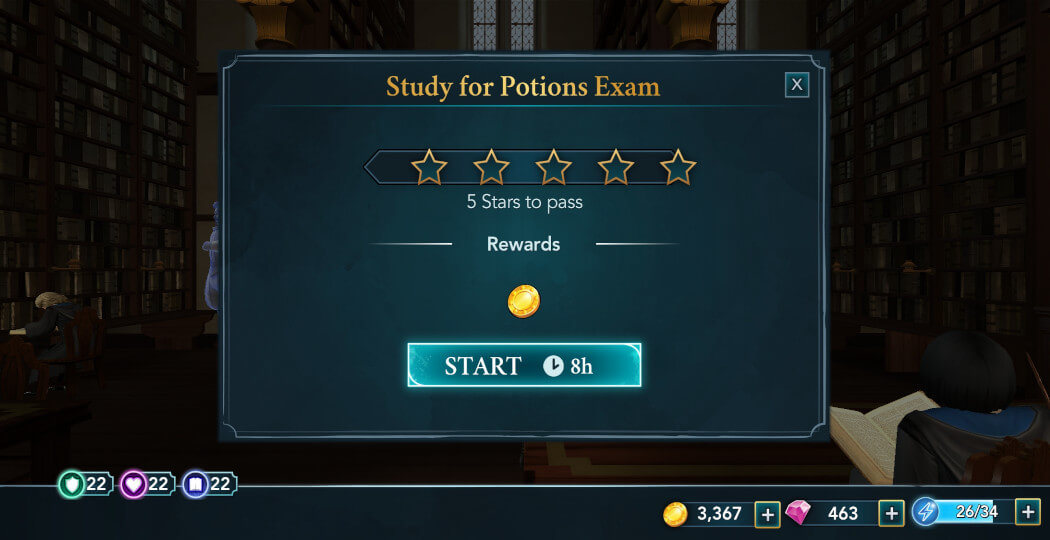 Do this just like any other story task and shouldn’t have much trouble. It’ll take you around one-hundred energy to complete this. 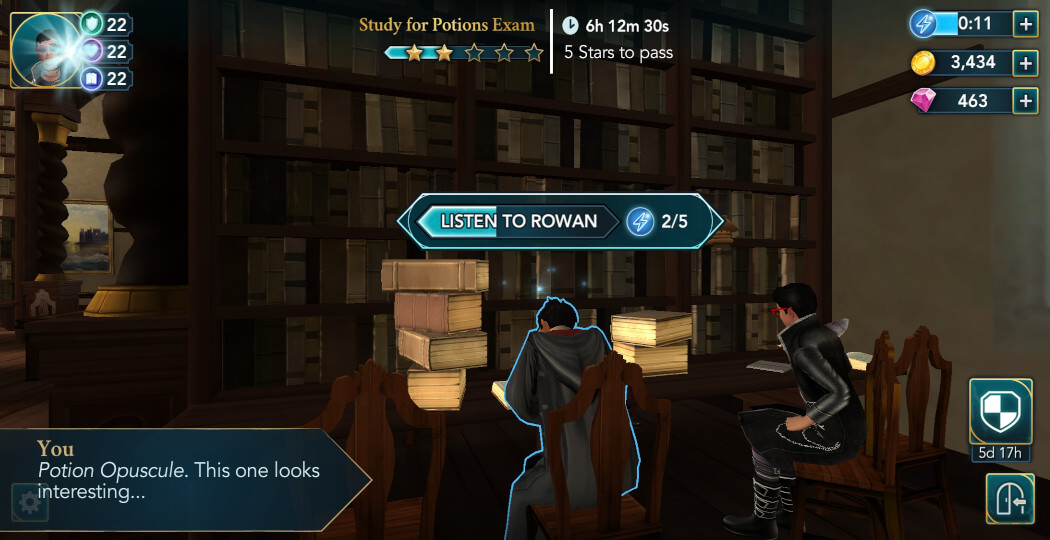 When you are done, Rowan will ask you what are eagerly awaiting to do once you become a Prefect. You have three options to respond with. Each of those is worth five attribute points. 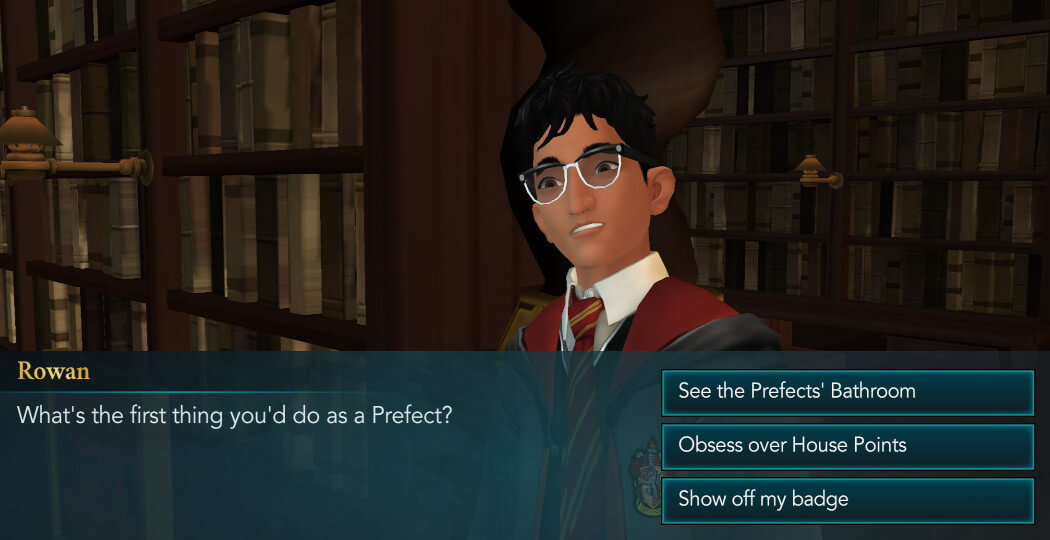 For your next task, proceed to the Potions Classroom. 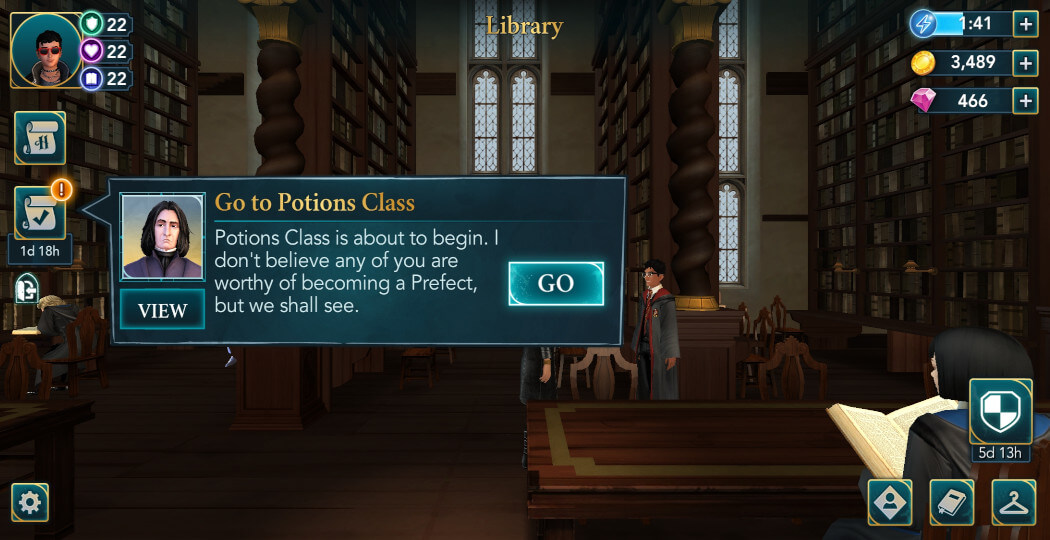 When you get there, you’ll notice that some of the students have speech bubbles above them. Simply tap on those if you want to find out what they have to say. 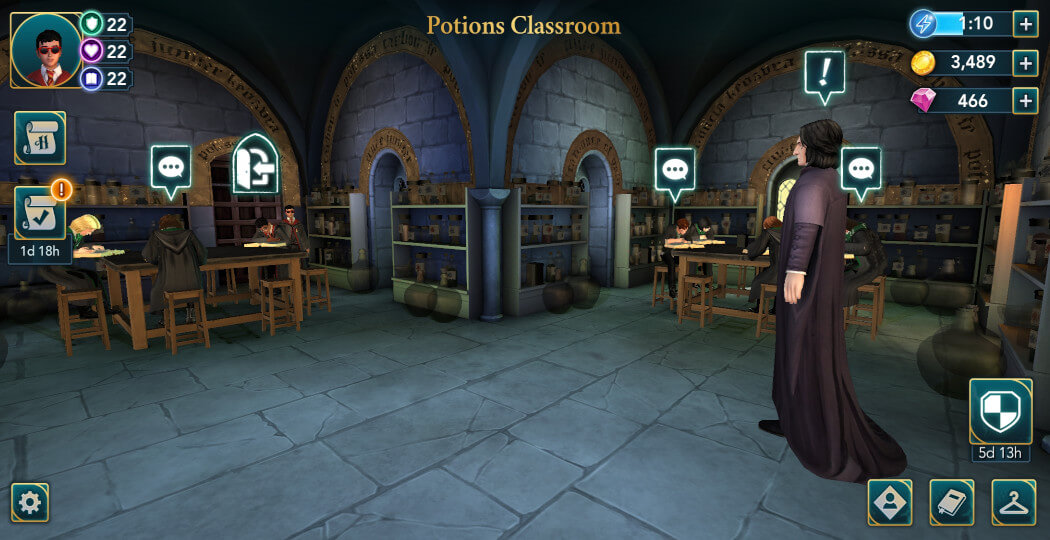 After that, Professor Snape will hold a short introductory speech before the class begins. To pass this one, you need to earn at least one out of five possible stars within three hours. 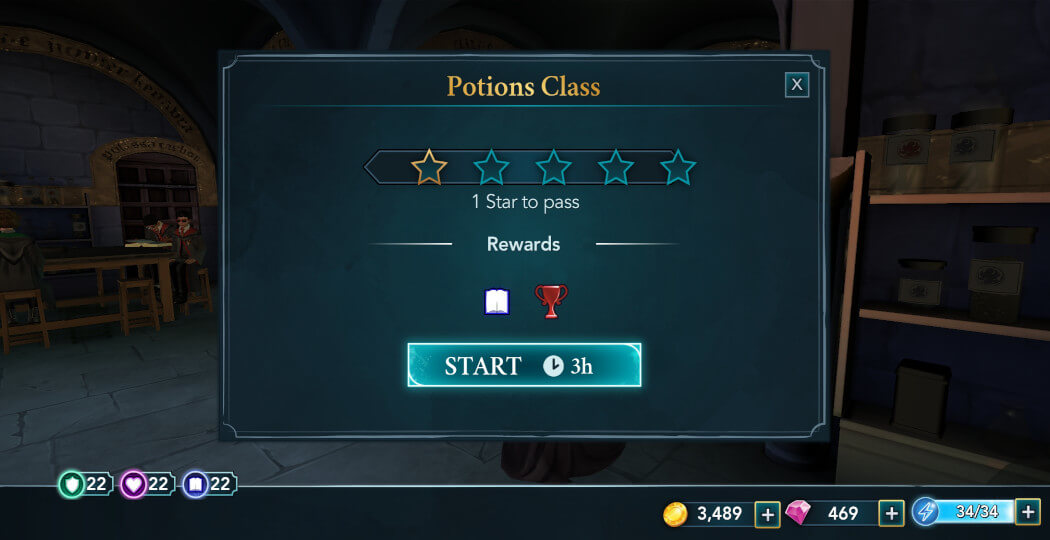 This task is fairly similar to any of the regular Potions Classes, so you can approach it in the same manner. 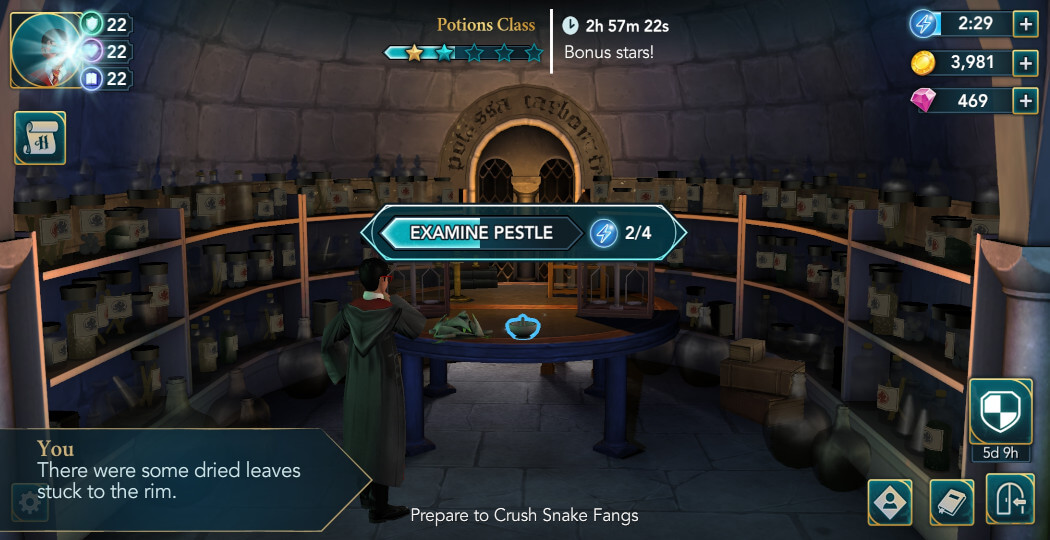 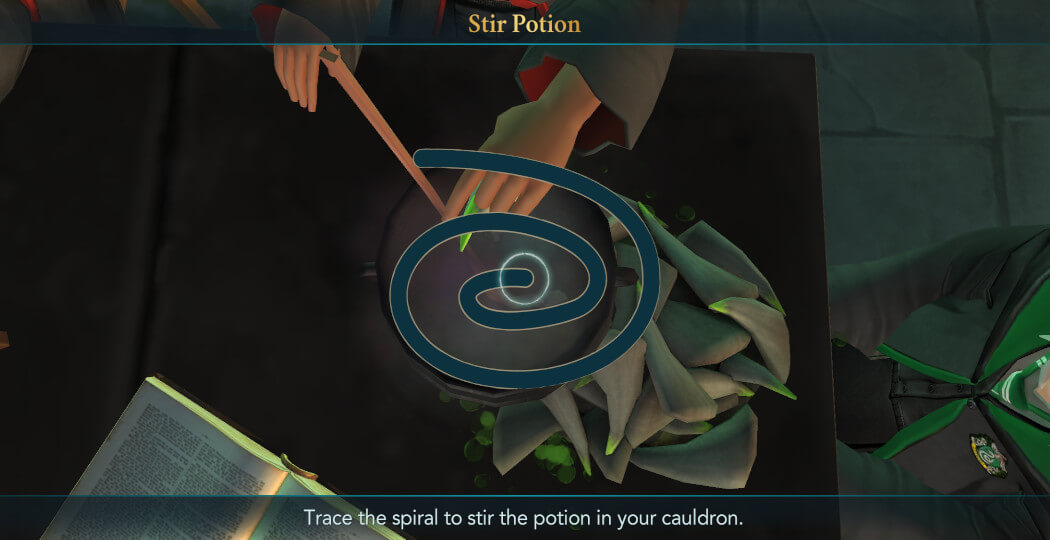 Once you’re done, you’ll have an interesting banter with Merula. She’ll even give you an extra motivation to become a Prefect. 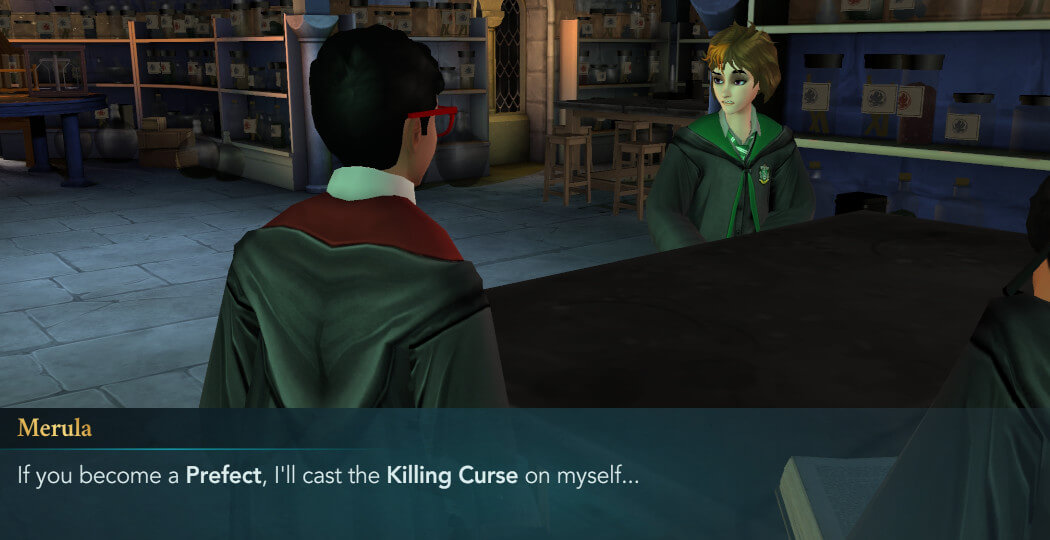 Shortly after, this part will conclude. Hit the Collect button to claim your reward. 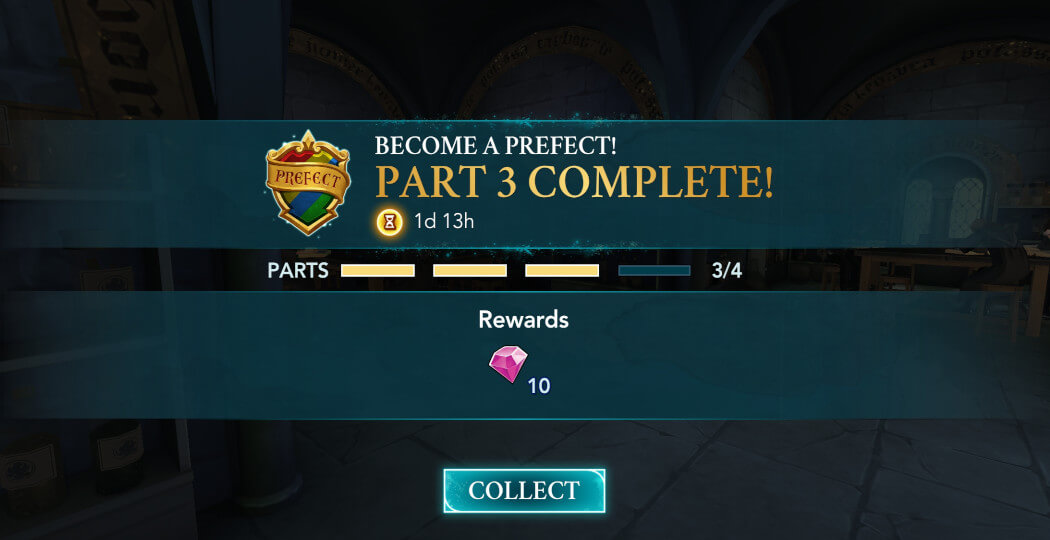 You’ve come a long way now. There are only a couple of obstacles left until you can reach your goal. But what other challenges await you? Will you be able to endure the remaining few tests and prove you’re worthy of the Prefect badge? Find out in the Fourth and final part of this adventure.
Thank you for reading.

You can check out our video playthrough of Part 3 HERE