Not too long after NetEase signed a collaboration deal with Marvel, their first title – Marvel Super War got announced and shortly after that, it entered the closed beta. We had the opportunity to try this game out, and we were pleasantly surprised by the content it had to offer. 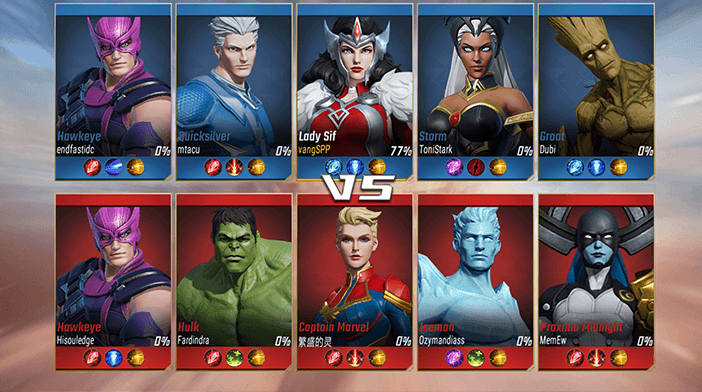 As the name suggests, Marvel Super Wars features some of the most popular characters from Marvel Comics. Players will be able to choose among many of the fan-favorite superheroes (or supervillains). Each of them has a passive hero trait, 2-3 active abilities, and an ultimate ability. These pretty much represent some of the iconic abilities tied to those heroes. For example, Hulk has the ability to literally “mop the floor” with his opponent, smashing him against the ground several times, while Rocket Raccoon possesses a heavy arsenal of deadly weaponry, similar to the ones he uses in the comics, and so on. You’ll feel like a superhero (or supervillain) while playing one of these iconic characters, so in that regard, NetEase managed to nail it completely. 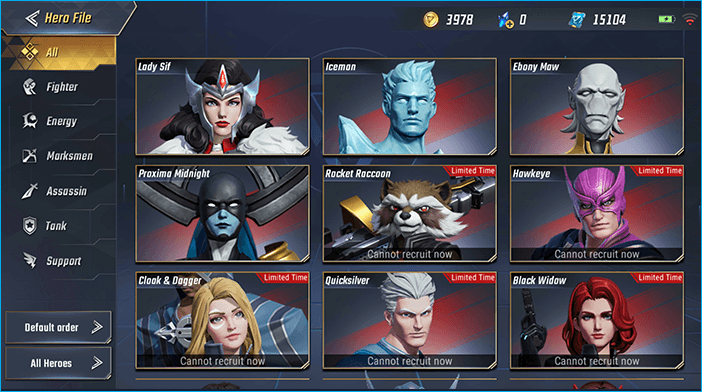 Aesthetically, the game looks amazing. The level of detail on all of the characters is simply astounding. The developers definitely did their homework, and they presented all of the characters with a comic-book accuracy, which undoubtedly, most of the fans will appreciate. The environment also looks very nice and polished, and it definitely looks a lot better than most of the other MOBAs on the mobile market. Also, the spell effects are very well done and they are marvelous to look at (no pun intended). 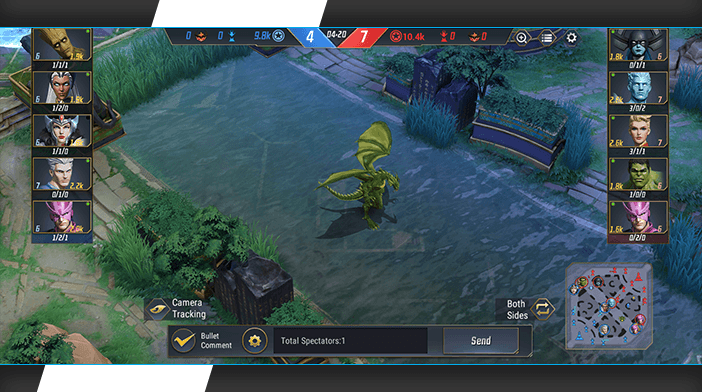 When it comes to gameplay, NetEase didn’t want to experiment too much. They pretty much took all the best things from other popular MOBAs on the market, added some flavor of their own and neatly assembled everything together to create their own game. Gameplay-wise, you will notice a lot of similarities to Tencent’s Arena of Valor. The controls are pretty much identical, the interface is almost the same, with maybe a few minor differences. However, there is no need to change something that functions very well, and apparently, NetEase took the winning formula and didn’t risk much when it comes to this aspect of the game. It’s also worth noting that the game feels very smooth. The characters’ animations feel very fluid, natural and well-polished. Ability targeting is intuitive and easy to learn, which makes the game fun and enjoyable. 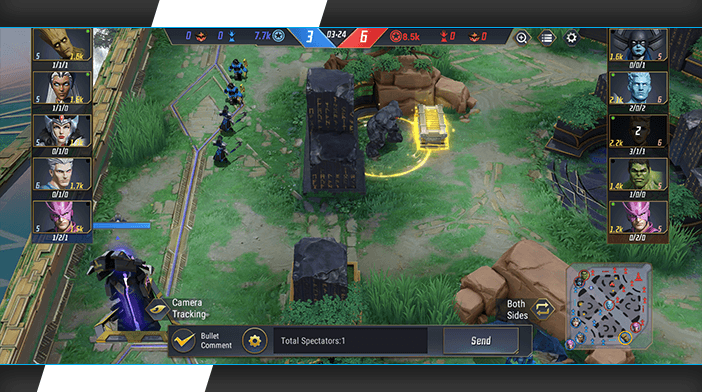 This is, perhaps, one of the strongest aspects of the game. While playing, you will feel like you’re one of the superheroes from the Marvel Universe. Music in the game is incorporated in such a way that it adds up to the atmosphere, but it won’t distract you from the gameplay. Also, all the sound effects are nicely done, and each ability has a distinct sound tied to it, which increases the game’s immersion. To top things off, the announcer is intensely following all the action and that further adds up to the overall atmosphere.

Still, nothing is perfect and like all other games, Marvel Super War also has its share of flaws. For one, the voice acting for certain characters could be better. Somehow, while playing, you won’t hear that same passion from characters that you would hear in some of the famous Marvel animated series. There’s definitely a room for improvement in that regard, and hopefully, by the time the game gets released, the voices of these iconic characters will sound more appropriate. The next major flaw is the characters imbalance. Some of the heroes feel completely overpowered when compared to most of the others and it can totally ruin the fun in certain situations. Thankfully, the game is still in its early stages, and there is no doubt that NetEase will do their best to neatly polish and balance out everything before the game’s official release. 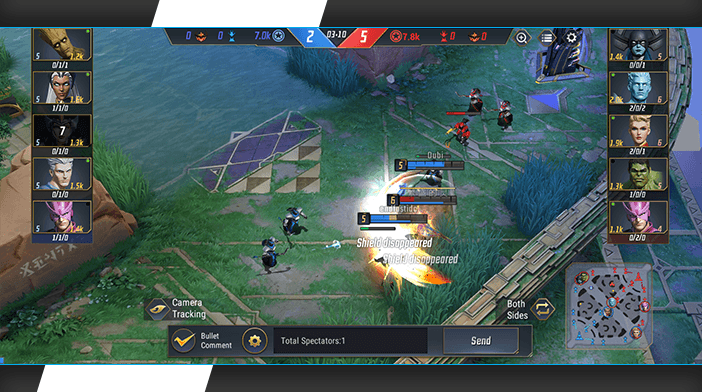 Overall, the game is incredibly fun and addictive and is a nice addition to the mobile MOBA scene. The potential for its success is enormous, and judging by everyone’s initial reaction, we might even have a new contender to the MOBA throne. BlueMoonGame is planning on fully featuring the game on our website, and you can already read about it on our Marvel Super War page.

Overall, the game is incredibly fun and addictive and is a nice addition to the mobile MOBA scene. The potential for its success is enormous, and judging by everyone’s initial reaction, we might even have a new contender to the MOBA throne. BlueMoonGame is planning on fully featuring the game on our website, and you can already read about it on our Marvel Super War page.