Marvel Super War Android and iOS release date is set for December, as NetEase Games is calling all heroes to join in their upcoming comic book heroes MOBA extravaganza. This will be the first time Marvel characters step into the ring of an online multiplayer battle arena, and everyone’s hopes are high, super-high! The game’s beta testing phase already bore sweet fruit and some early reviews, while the full scope of things to come awaits us in just two weeks!

Crazy good action is seen in the trailer and Marvel Super War beta-test gameplay footage so far, as all of our favorite heroes seem to be coming into the fold. Names like Deadpool, Black Widow, Magneto, the Hulk, Star-Lord, Captain Marvel, Ice Man, and others are just the tip of the iceberg, as this will probably be the first time the entire Marvel universe is included in a single title (since The old school Marvel Ultimate Alliance games that is). We’ve already covered the Beta test tier list, which will be updated once the game gets released.

As a MOBA, this title will bring all of the characters in a familiar environment which is to be a fast-paced PvP action in a standard 5v5 setup. Three lanes, minions, towers, and buildings, with unavoidable jungle action and many other features taken from proven recipes like League of Legends, DOTA, and similar games. The trick with the competitive online multiplayer set up is to make it as balanced as it can possibly be, with the initial hero roster pool, and then build up from there, which is why the game had a prolonged beta-test phase. And, the job is never considered done as the introduction of any new hero will unavoidably include further tweaks, not to mention player feedback.

The title also marks a collaboration between Marvel and NetEase. Now, NetEase is a Chinese veteran IT company with a wide experience in all things gaming. They often work with Blizzard and are directly responsible for bringing local versions of World of Warcraft, Warcraft III, Diablo III, Starcraft, Hearthstone, Overwatch and others. Their best-known titles include Fantasy Westward Journey franchise, Kung Fu Panda 3, Chrono Blade, Rules of Survival, as well as some other battle royale games. This title was first unveiled back in May 2019, when the closed beta-test began for both Android and iOS. 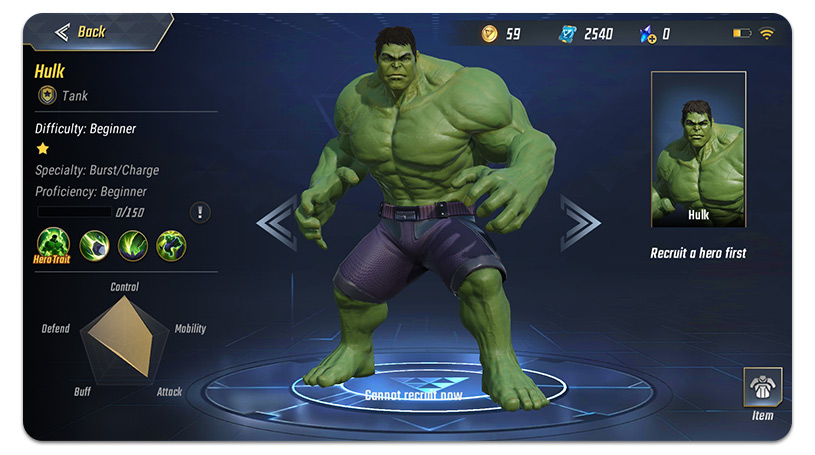 It is still unknown if both platforms will be getting the game on the same date, as Marvel Super War Android release date is definitely pinned for December 12, 2019. The game will include both heroes and villains of the Marvel Universe, all with their iconic abilities, skills, and appearance true to the source material. It will also be fun to see how NetEase chose to represent the abilities of the characters in an environment such as this. The game is expected to be fast-paced with short games, up to 15 minutes on average, as it is now traditional for mobile device MOBAs, but we shall see in two weeks time.

Until then, stay tuned on our official Marvel Super War featured page, with early guides, updated tier lists, and news. The pre-register period is still valid and it will yield some in-game rewards if you do it before Dec 12.