Might & Magic Heroes: Era of Chaos is close by, as the cult favorite, critically acclaimed turn-based strategy makes its transition to mobile devices, finally. Much to everyone’s delight, the game will come for both Android and iOS devices meaning you will be enjoying the old Heroes III experience on your Smartphone soon. Pre-registration process just begun, so the game can’t be too far ahead,and if you pre-register now, you will get some in-game prizes once it comes out.

Ubisoft Entertainment unveiled their upcoming game recently, as their last Mobile gaming entry, Might and Magic: Elemental Guardians, was released quite a while ago. The company is now bringing the original Heroes III (which is arguably the most popular title of the series) experience to mobile, with gameplay mechanics adaptations and a new storyline, of course.

The Might & Magic Heroes: Era of Chaos storyline centers on familiar characters like Queen Catherine Gryphonheart, Gelu, Sandro, and Solmyr and follows up on the campaign from Heroes of Might & Magic III. It takes place in the familiar land of Erathia, after King Roland Ironfist of Enroth disappears. Queen Catherine, his wife, is left to rule and wage wars alone, and even her father, King Gryphonheart of Erathia is assassinated. Dark forces immediately begin their advance on the kingdom and now it’s up to our heroes to join forces and stop the advance. 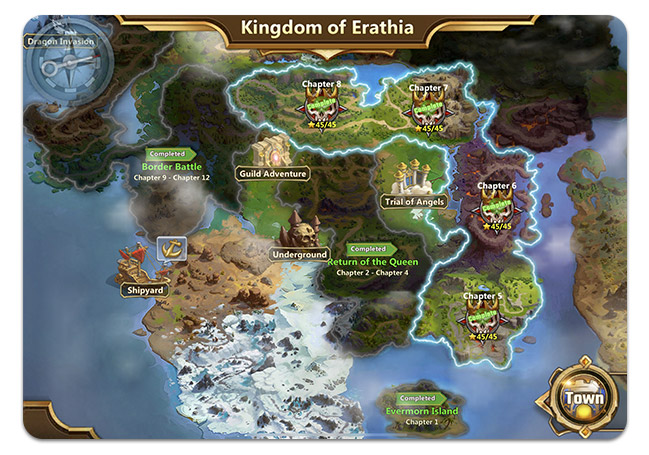 This campaign, however, is only one of nine new gameplay modes coming with the game. Single-player PvE modes include the mentioned campaign, special mode, underground levels, and more. There is also the multiplayer mode, which pretty much defined the H3 experience, and guild modes where guilds, comprised of players from all over the world, battle against each other.

Might & Magic Heroes: Era of Chaos pre-register is now open for both iOS and Android devices, while the game already found its way to Google Play store. The game will also include an in-game microtransaction system, which is expected since its coming to mobile, but the core gameplay is not to be touched, we all agree. The release date is, as of yet, unknown but Ubisoft promises we won’t wait long.