Welcome to Mobile Legends Adventure Home Page. On this page, you will find all important information about the game itself and upcoming fixes and updates regarding the MLA. 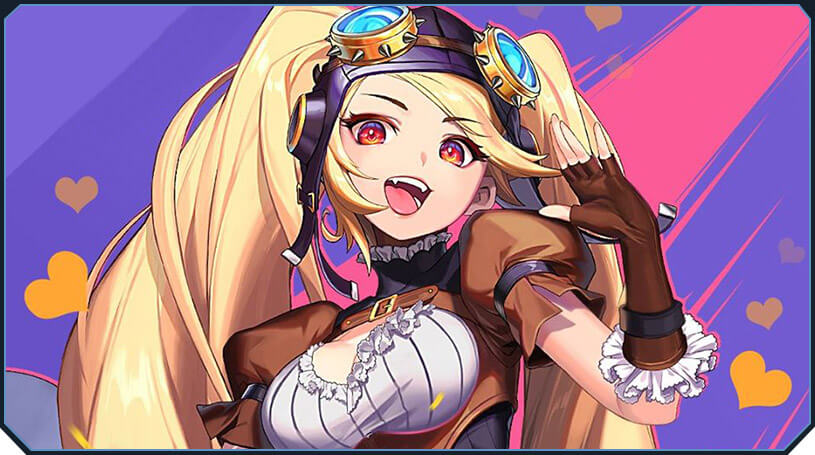 ML Adventure is an amazing game in almost every segment – gameplay is interesting and demanding, graphic and art reach the high standards currently set on mobile device game market, quality of sound is high and the game is updated almost on daily basis in order to provide the player the best possible gaming experience. All those facts help ML Adventure to grow up steadily and to increase player database every day. 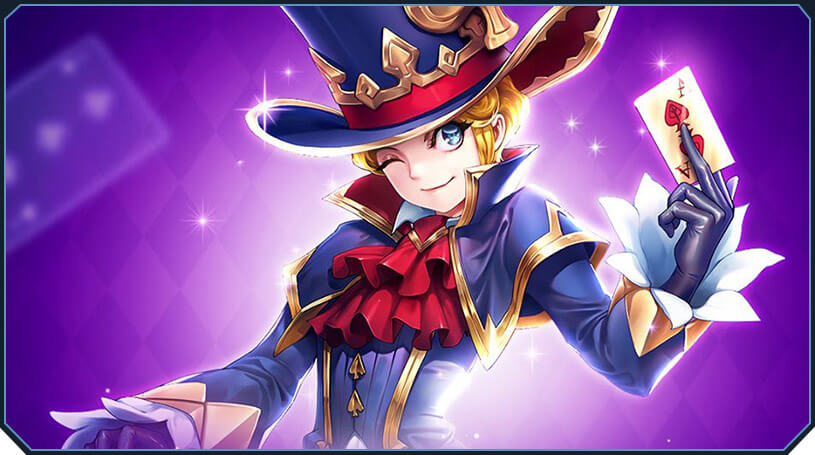 The story of the game takes you in the Land of Dawn where you will lead your Heroes through the new Era – Era of Rebirth – in a neverending struggle between Good and Evil or more precisely Light and Shadow. You start the game leading 2 well-known characters – Layla and Tigreal – who are members of the famous Imperial Knights, into a patrol south of Moniyan Empire. Everything seemed ok, the land was beautiful and peaceful, nothing suggested that our protagonists will start a great adventure when they went on that patrol. Nevertheless, soon they were ambushed by mad outsiders for no reason. After Layla and Tigreal prevailed in the battle they met Cyclops the mage and Rafaela the Angelic Healer who brought them grave news – Prophecy says that Lord of Light will be in danger because Shadow is lurking around and Doomsday is near. Prophecy also says that when sins and chaos intertwined, a horrifying being will tear twilight apart and lure Land of Dawn into unavoidable destruction.

Four Heroes decides that they will not stay idle while the end of the World is near and that they will do everything they can to uncover the truth behind this prophecy and to save Land of Dawn of imminent destruction. Soon they find out that creatures inhabiting the Land of Dawn are affected with something malicious which makes them grow to an unnatural size and go mad. Also, they confronted evil clones of Land of Dawn’s most famous Heroes who simply disappear when they are defeated. Without fear they continued their exploration and stumbled upon the notorious Ork Balmond for who they also thought is a clone. After a fierce battle, our Heroes realized that Balmond is not a clone and that he is also looking to fight against evil clones who destroyed his settlement and his tribe. That was a sign that they will have to use Lord of Light’s help and visit Wishing Shrine in order to summon more Heroes who will help them in their cause.

After reporting all the things to the empire, Tigreal received a letter from the Moon Elf King. The letter says that the Orcs and Blood Demons are invading the Enchanted Forest and that the Temple of the Moon is at the edge of being destroyed. As an ally of the Moon Elves, the empire sent Tigreal and the rest of his party to save the Temple of the Moon. When they reached the Enchanted Forest they learned that Balmond’s tribe works with Blood Deamons and that Leader of Blood Deamons, Alice, and Balmond are plotting something. They fought their way to the Temple of the Moon only to find out that the leader of Moon Elves, Estes, is also a clone who used Enchanted Forest’s creatures to fight against them. Worst of all, Tigreal most trusted student, Alucard was leading an assault against them but luckily he was also a clone. When they finally liberated the Moon Temple they learned that only a Dark Elf Karina is alive and there is no sign of Estes and the rest of Elves.

This was only the game’s introduction and the rest of the story you will have to uncover yourself. 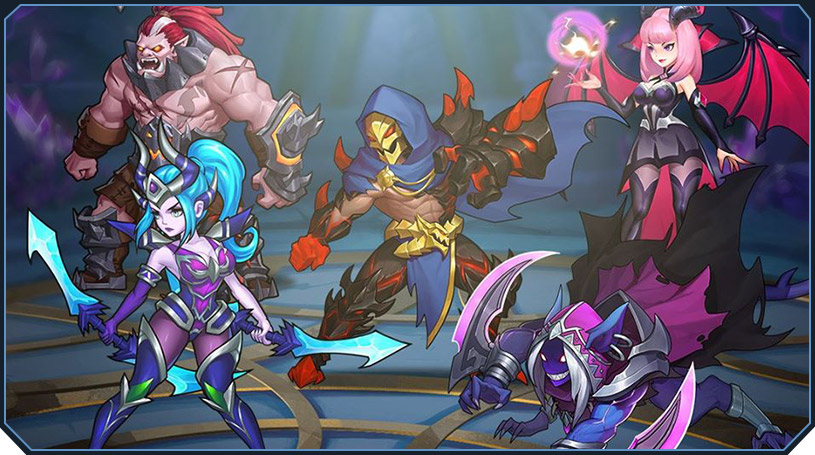 As you can see, the goal in Mobile Legends Adventure is to make a party of powerful characters who will fight their way through the game missions.  You have a wide variety of Heroes at your disposal and each of these heroes has unique skills, roles, and origins. The power of the Hero is represented by the number of stars they have. For acquiring more stars you will have to fuse two same characters or 2 or more heroes with the same origin. Origin or type of heroes is important because certain types are more effective against other types. There are 5 types of characters- Elemental, Tech, Martial, Light, and Dark.

If you assemble the party with Heroes of the same origin, you will be provided with bonuses but you can also combine Heroes with different origins for similar bonuses. In order to earn bonuses, your party will need to have 5 Heroes of the same type, 5 Heroes each with a different type or 2 Heroes with one type and 3 heroes with another type. Those bonuses are called ‘Resonance’ and there are 5 different bonuses depending on the Hero’s type selection:

When you decide that you want to change certain Hero from your squad with another Hero you can do it easily in Dismantle Shrine and all resources invested in Hero will be refunded and ready at your disposal for another Hero. Every Hero has 6 equipment slots. Depending on Hero’s role those slots vary from attacking slots to defensive slots and one boots slot. Hero’s equipment can be bought in the market or earned in Labyrinth. There are 4 equipment grades – basic, uncommon, epic and artifact. When you collect all 6 items of the same grade you will receive additional bonuses. 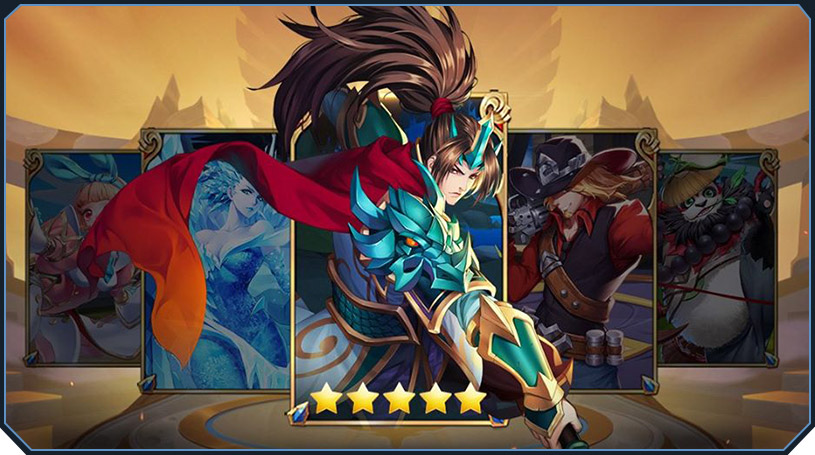 Obtaining Heroes is achieved through Wishing Shrine where you can use 3 types of summoning – Premium Summon, Miracle Summon and Friendship Summon. Premium summons cost Diamonds which are one of the resources in the game beside Gold. Diamonds are earned through Idle Rewards and these are available every day, by completing other in-game tasks or you can buy them for money. Premium Summon guarantees you a possibility to acquire up to 5 yellow stars Hero. This means that you will have to patiently collect Heroes day by day and then fuse them together in order to assemble a powerful team. Miracle Summon and Friendship Summon works identically as Premium summon, but for Miracle summon you will need Miracle Summon scrolls which are collected through Events and for Friendship Summon you will need Friendship Hearts collected by interacting with players from your Friend list.

Mobile Legends Adventure is an Idle RPG meaning that you will not have to actively participate in combats if you don’t want. You can manually use Hero’s ultimates but other than that, every other skill is executed automatically by each Hero. This may seem boring but trust me, the game is extremely interesting and it is ideal for killing time while you wait for something or someone or when you are at work or on a bus.

As you will see, assembling the desired team is very demanding and not an easy task. You will be drawn into the Land of Dawn and you will have to login every day just to see if you are able to clear the next mission or to summon the desired Hero. MLA is improving with each new day and there is no doubt that this game has a great future in front of itself.

BlueMoonGame will feature every Mobile Legends Adventure Update and introduce every new MLA Character right after MoonTon releases new content, so be sure to check our MLA pages regularly.

We hope that you liked our summary.

Mobile Legends: Adventures brings a unique blend of RPG, strategy, IDLE battle, and hero collector genres and ties it together in a visually impressive package.

Hidden Survivor is an interesting game that was released last December that you might have [...] 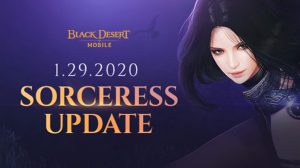 One of Black Desert Mobile’s deadliest character classes, the Sorceress, has finally made her way [...]