Great for gaming at a low price

Razer Phone 2 was the king of gaming Smartphones when it came out in the fall of 2018, and it was only dethroned by Asus ROG Phone 2 a year later. Now, this device can be bought for as low as $350, or maybe less and a lot of people are interested in it still holds up in terms of being a good gaming mobile phone. We’ve revisited the entire era, since its launch, up until today and one might think that pitting it up against the recently released flagship gaming Smartphones would make it look outmoded and weak, but that may not be the case… 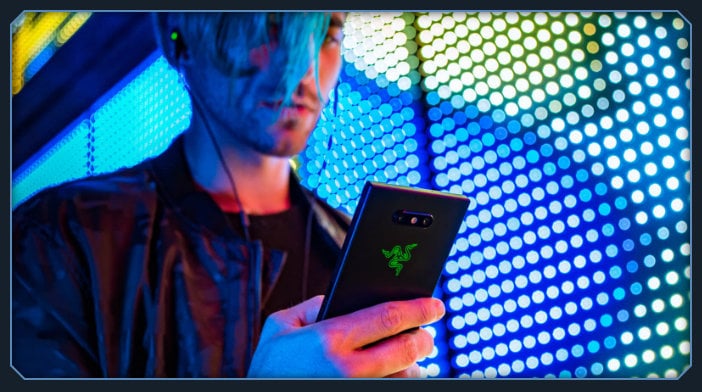 Razer Phone is developed by Razer Inc, which is a global manufacturer focused on gaming. They delve into esports and were founded in 2005, in California. Their first model, the Razer Phone, was released in November 2017, and it changed the mobile gaming scene forever. The device had very positive reviews and it was deemed as good for everyday use as it was for what it was meant for – mobile gaming. Its successor, the Razer Phone 2, was released a year later and it achieved even greater success.

Razer Phone 2 specifications at a glance:

A “boxy” design with sharp edges…

The Razer Phone 2 features a “boxy” design with sharp edges that allow maximum comfort for prolonged holding and it also enabled some of the functions and buttons to be fitted cleverly, like the fingerprint sensor that is located in the right-hand side edge. It is made of Gorilla Glass 5 front, and aluminum back and frame, but the backside also has a glass finish over the aluminum. The front side holds the 5.72-inch display screen, which is only 72% of the front, with the rest 28% left for the selfie cam and strong speakers.

The backside only holds the dual-camera setup and the recognizable RGB Illuminated Razer Chroma logo. The left-hand side edge holds the volume controls and the SIM card/microSD card storage slot, while the bottom side holds the charging Type-C port. The bottom 14% and the top 14% of the front side of the phone are entirely reserved for the strong speakers (minus the selfie sensors, which marks the first time a gaming phone has done this – turning the full force of the speakers towards the gamer.

The mentioned RGB Illuminated Razer Chroma logo, located at the back right under the main camera setup, is not just incredibly good looking. It also has a subtle LED light glow and it serves the purpose of notifying the user. It will glow with a different color for different types of notifications, which you can customize. By default, Blue glow is for a Facebook notification, RED for YouTube or Gmail, Yellow for Snapchat, and so on.

Fitting all those cool features onto a single Smartphone device took a tool on its weight though. Razer Phone 2 is 7.76 oz heavy (220g) and its dimensions are 6.24 x 3.11 x 0.33 in (158.5 x 79 x 8.5 mm). The body is quite strong and durable, with buttons that feel like they will last you a long time, and the design of the edges does make it well-suited for hand-held gaming. However, all this took a toll on the weight, as mentioned, and it may start feeling a bit heavy after holding it for some time.

The main attraction is its 120Hz frame rate… 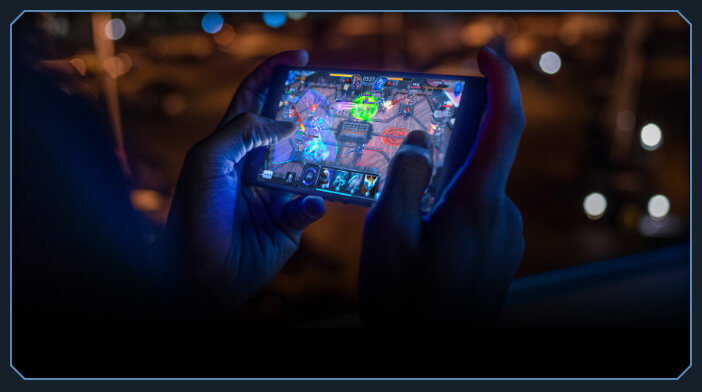 The mentioned Razer Phone 2 display is an IGZO IPS LCD capacitive touchscreen, with 16M colors, and it is 5.72 inches (90.2 cm²) large. It has the gamer-preferred 16:9 aspect ratio and provides up to 1440p resolution. The main attraction is its 120Hz frame rate, which was enormous in 2018, and it still is! Besides Asus ROG Phone 2 and a couple of others, this is still one of the rare gaming mobile phones that have this. It also provides 580 Nits of max brightness, which will make you feel and see the difference, even outside in bright sunlight, for it can match the brightness of an OLED panel.

This device was built to please…

When talking about recorded sound, this Razer Phone 2 unit has had reported problems when it came out, according to online sources. The manufacturer has since improved the software a bit in an attempt to try and repair this, and it got passable, but the quality is nothing to be showcased. However, when it comes to sound delivery, especially when playing video games, this device was built to please. The powerful stereo speakers are both turned towards the user and positioned in such a way that you do not cover them with your hands when you are gaming, which is something most Smartphones have a problem with, even today.

Overall quality does not hold up today… 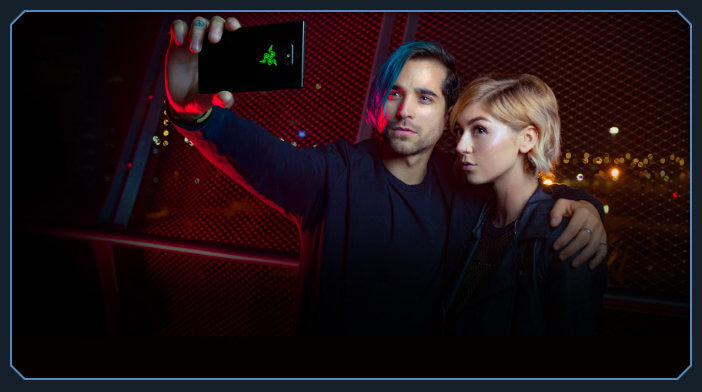 This unit uses the Sony sensors, which were brand new top of the line in 2018. Both wide and telephoto lenses are 12MP strong, which is kind of a letdown today when even some weaker Smartphones that are not flagship material have more. However, a phone’s camera is the least important feature in gaming, so this does not go against it. The front selfie cam uses an 8MP lens, and the quality of the photos from both the main and front cams is decent, compared to Smartphones from 2018 and even early 2019.

The camera software was also not that developed back then, but there are several modes, like beauty mode and panorama. The video quality was also quite advanced for that time, going up to 2016p quality for 30/60fps, and up to 1080p but with 120fps and stereo sound recording, which was right up there with Samsung Galaxy 9. However, there was no HDR mode and the overall quality of the photos does not hold up today.

Aced all the speed tests… 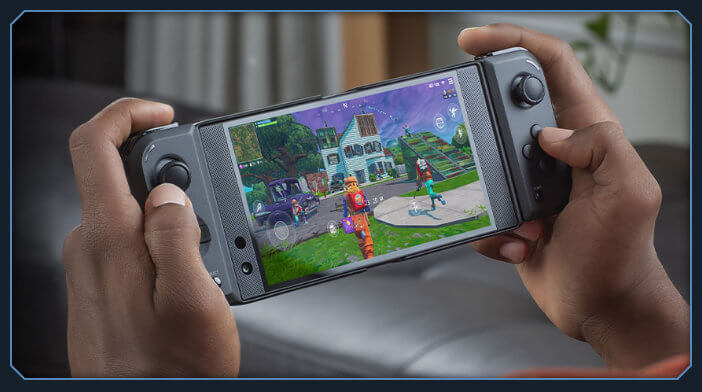 Compared to the vast majority of flagship Smartphones that came out in 2018, this model was far superior to many, especially for its speed. Razer Phone 2’s processor is the Snapdragon 845, which was the latest in CPU tech back then. Most flagships today use the 855 models, and this one is not too far behind at all. Comparing it to flagship phones from 2018, like iPhone Xs Max and Galaxy Note9, the Razer Phone 2 aced all the speed tests and has beaten the competition by a landslide.

This goes for everyday usage, browsing, things like YouTube, social networking, opening and using apps, and stuff like that. And, in the mobile gaming department, there was not a single Smartphone in 2018 that could compare to this model. However, the strong CPU inside this model would not have shined so if there weren’t for its 120Hz frame rate capability, which was well ahead of its time. 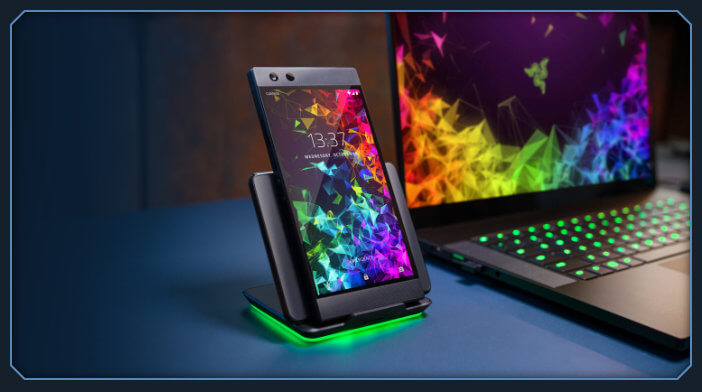 The battery size of 4000 mAh may not seem like much today, but it was a big deal two years ago. If you harbor any doubts about how advanced this model was when it was released in 2018, just realize that many smartphones released in 2019, did not get past that 4000 mAh battery size, like the OnePlus 7, Huawei P30, and even the mighty iPhone 11. Razer Phone 2 has a non-removable Li-Po battery and it charges it with an 18W quick charge 4+ (the cord option), but it also comes with a fast wireless 15W charging housing.

With that said, 4000 mAh is not enough to support powering this device at max resolution and 120Hz refresh rate. It was unfortunately limited by the technology of its time and if you max all of the settings out (full resolution, frame rate, gaming, and others) you will get an approximate maximum of 3 hours and 45 minutes of run time on this device. Fortunately, it provides a double charging method, with 18W and 15W, so it does not take too much to fill up, and 3h45m of gaming is not a short time frame, to be honest.

However, wireless charging caused some problems with users. Reportedly, the sensors for charging sometimes may not reach enough to get that signal, if you’ve placed the phone on your charging housing provided with the Smartphone. It may sometimes require you to move and adjust the way your device is seated in the housing for it to charge properly, which is not a big deal, but it is important to mention.

Well worth even for a higher price…

When it came out in the fall of 2018, Razer Phone 2 price was around $800 bucks, which was in the upper class but not the highest price out there. Its advanced features, like the capability of 120Hz screen refresh rate, and the fast Snapdragon 845 CPU, made it very appealing. Not to mention the focus on designing it specifically for gaming and it was a #1 choice for gamers everywhere. Also, it was quite a decent phone for everyday use.

The price, however, started falling quickly, as newer and improved flagships immediately started pouring in from the start of 2019. You can now get one of these for as low as $350, and the cost is dropping every day. However, this again gives this device some appeal, as its overall value in sheer power and features is something well worth even a higher price than it currently has. People who are not obsessed with always getting the latest Smartphone models are still interested in this piece.

However, Razer Phone 2 was seriously limited by the mobile technology of its time and its features were quickly surpassed by other flagship Smartphones from other competitive manufacturers. It had problems with the battery, not that great camera, and it quickly stepped off the throne. Just a couple of months later, flagship phones started carrying the Qualcomm’s successor Snapdragon 855, and crazy powerful cameras, which are always a good feature for popularity. And, when Asus ROG Phone 2 came out, it completely overshadowed it. However, it still held its high-value 8GB of RAM, 120Hz screen refresh rate, and crazy loud sound.

Enjoyable for gaming and its a low price… 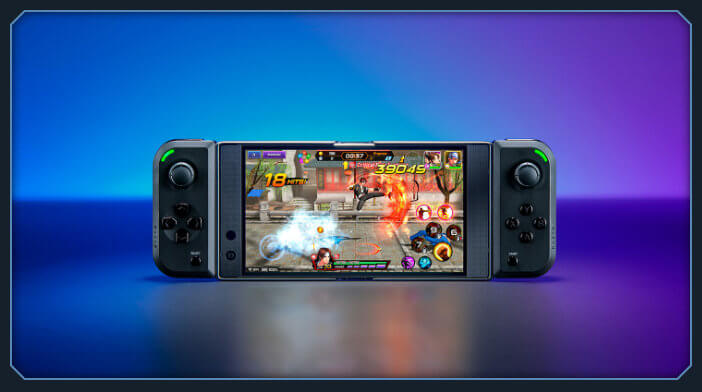 Razer Phone 2 is still an option for people who do not insist on having the latest Smartphone models. It is still quite enjoyable for gaming purposes and its low price makes it an appealing consideration. Also, its 120Hz screen refresh rate and 8GB of RAM are still competitive on the market. However, the low-end camera setup, the short battery, and the overall lack of numerous modern features, both software, and hardware, have pushed it out of the flagship waters for good. When you consider that you can purchase the Asus ROG Phone 2 for just $200 bucks more, it’s a tough sell.

Images used in this article are taken from the Razer Official Website.

By using an affiliate link in this article to purchase Razer Phone 2 or any other product within 24 hours of clicking on a link, you are helping the BMG team to continue doing what we do best. Thank you!

Enjoyable for gaming and its a low price...