The next generation of Galaxy has arrived.

When this device came out in early 2019, it set the bar for pretty much every category for a flagship Smartphone. And, it has stayed that way for most of 2019, as rarely any other model was so perfectly positioned compared to other Samsung models and other brands in general. It is one of the most complete flagship Smartphones in terms of features, specs, design, and even the price, while it almost has 0 downsides to it. Now, a year later, we take a look at this model that has pushed and set the bar in many aspects for the entire market. 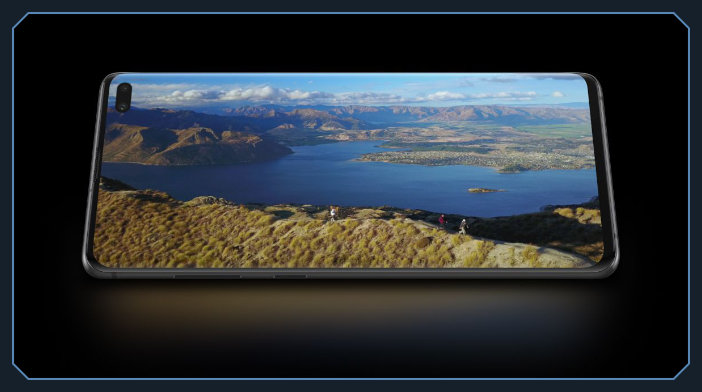 As mentioned, Samsung Galaxy S10+ was launched in March 2019, one year ago. That time of the year is, in and of itself, a perfect spot to launch a Smartphone that is so well accommodated to the needs of the users globally. It came together with S10 and compared to it, the S10+ had a slightly bigger screen, size, more RAM capability, and it was overall an advanced model. It was met by a very warm reception and it is perhaps one of the highest-rated Samsung models to this day. Now, a year later, it is even more alluring for its price has dropped more than 50%. 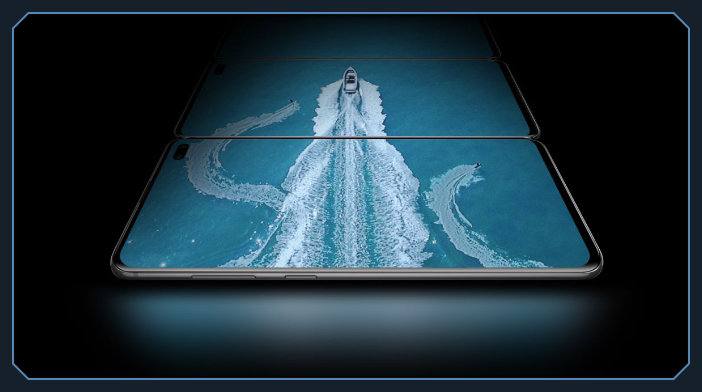 The front and the back are made of the Gorilla Glass 6, with an aluminum frame. The display takes up 88.9% of the front side. It has great colors and calibration, thin bezels and curved edges. The power button is on the right-hand side, but it is too high up to reach with your thumb while holding a phone normally, which is something every review about this Smartphone has complained about. The other side has volume control and the SIM tray. The bottom side holds the speaker, the charging port, and the 3.5mm jack. The backside holds the camera setup. This combination of glass and metal in build makes the Smartphone light, but it is quite sensitive to fingerprint stains and should be kept in a case of course.

As always Samsung displays are top-notch… 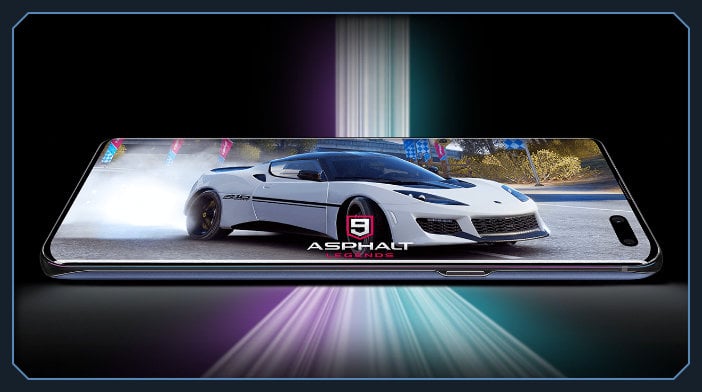 As mentioned, the display is 6.4-inches (103.8cm²) Dynamic AMOLED touchscreen with 16M colors. Its screen-to-body ratio is 88.9% approximately. The screen resolution is 1440 x 3040p, at 19:9 aspect ratio and with 522 PPI density. The main feature is, of course, the hole punch cut out, instead of the notch. This is, as always, a matter of taste and personal preference. Also, the fingerprint reader is positioned behind the display. This is nothing new, but some users had trouble using the fingerprint reader with some glass protection placed over the display. 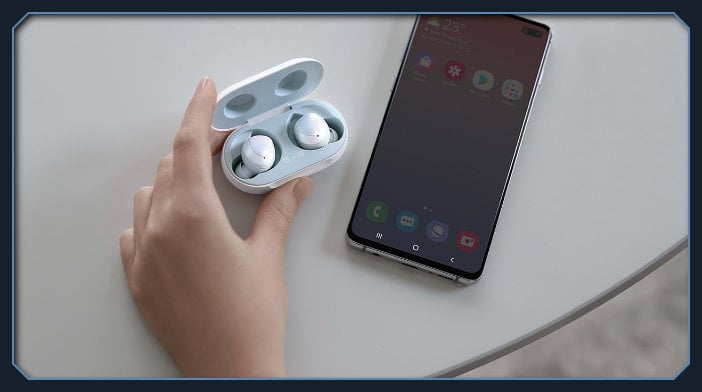 The bottom speaker is placed on the bottom side of the phone, as it is traditional in most Smartphones, while the top speaker is neatly tucked in at the very edge where the top side and the display meet, on the rounded thin bezel. It is completely unnoticeable but yet very powerful. The stereo sound this S10+ unit produces can reach -93.0dB in noise level, -94.3dB in cross-talk, 83dB in ringing, 74dB in voice, and 74dB in general noise. The speakers are also positioned nicely so they don’t get covered by hands when playing mobile games. Of course, Samsung did not leave out the 3.5mm headphone jack, which produces incredibly cool 32-bit/384kHz audio. Continuing the quality level set by S9, this model also records impeccable audio/video sound, possibly the best in the market.

With this kind of power, you can open up 10 gaming apps at the same time and switch in between, never turning any off… 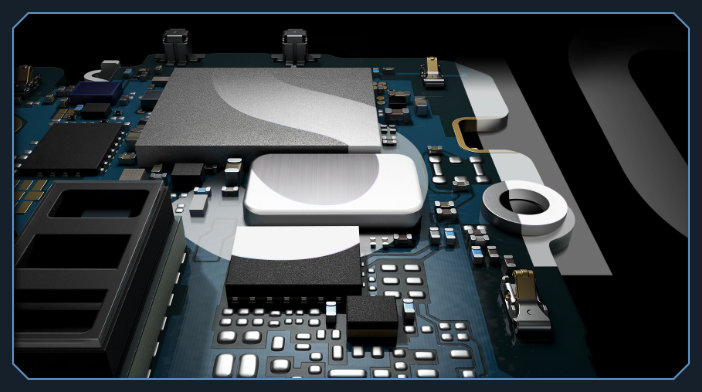 Now, we’ve come to really good stuff. This bad boy has every tech enthusiast’s wet dream at its core. It uses the Qualcomm SM8150 Snapdragon 855 chipset (7 nm), the USA/Chinese version, and its CPU is an Octa-core 1×2.84 GHz Kryo 485 & 3×2.42 GHz Kryo 485 & 4×1.78 GHz Kryo 485 goodness. The Adreno 650 GPU is also there to take care of any demanding video games any user might think of playing. There are versions with 8GB of RAM and 12GB of RAM, while its storage capacity goes from 128GB to an incredible 1TB of storage space. With this kind of power, you can open up 10 gaming apps at the same time and switch in between, never turning any off. It works great for people with multiple accounts in online competitive mobile gaming. 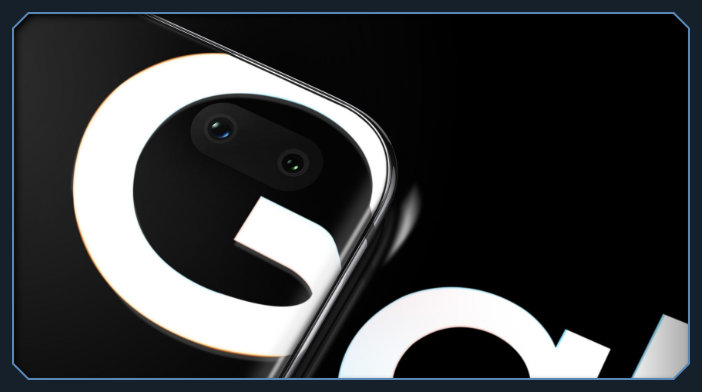 Adding to the S9’s two-cam setup, the Galaxy S10+ added a new third cam. So, now the setup is made of two 12MP cams, one wide and one telephoto lens, and a 16MP ultrawide lens. The cams record video in 2160p @60fps, which is incredible, while they also have all the traditional features. The selfie dual-cam setup is also advanced, with one 10MP wide and another 8MP wide lens, [email protected] video, and depth sensor, stuff like that. This kind of setup has made this Smartphone among the top 3 of 2019 when counting the camera capability.

The capacity is high, but with such a large screen, it does tend to drain away in approximately 5-6 hours of screen ON time… 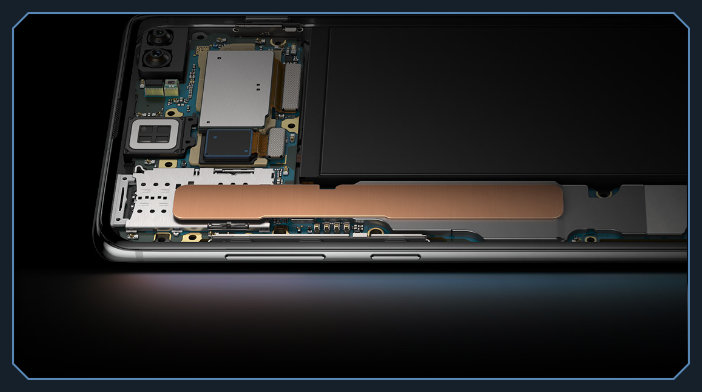 The Samsung Galaxy S10+ packs a strong 4100 mAh non-removable Li-Ion battery. Now, the capacity is high, no denying, but with such a large screen and high video and picture quality, it does tend to drain away in approximately 5-6 hours of screen ON time. This is pretty solid regarding how much its features spend power. Also, there’s the 15W fast charging, 15W wireless charging, and even the reverse wireless charging for charging some accessories perhaps, for it is rather slow at 9W.

The price is the best bit about this prestigious model… 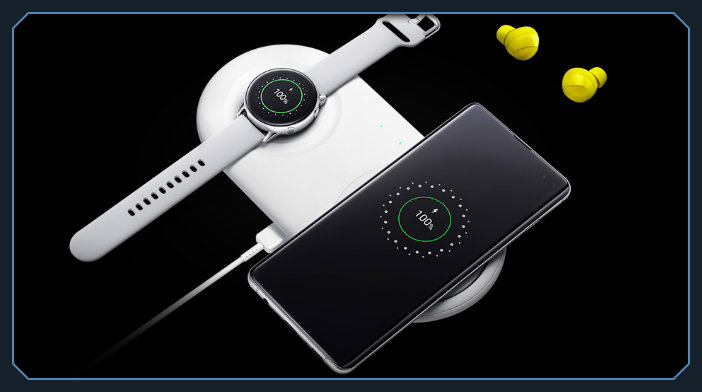 The price is the best bit about this prestigious model, as it still holds full flagship quality while it now sells below $500. It can be found for as low as $480, but many online retailers still hold the price as high as $700-800 bucks. This is because the S10+ model hasn’t lost almost any of its potency and it is still quite powerful a year later. And, the lowest price of $480 is for the most basic variation. The version with 1TB of storage and ceramic back is still around $1300$.

A year later, this device has lost none of its potency… 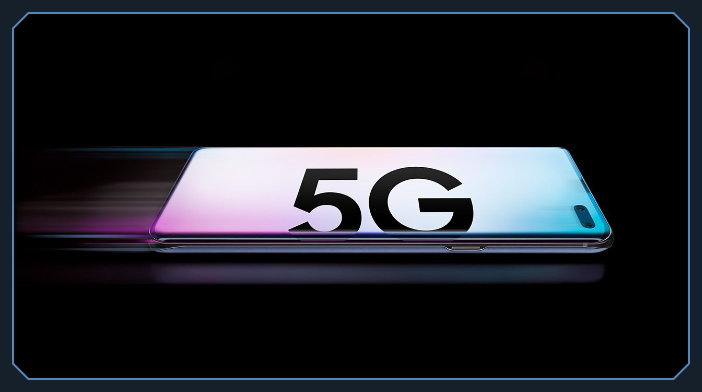 A year later, Samsung Galaxy S10+ has lost none of its potency. It is still a prestigious Smartphone that has set several bars many have yet to cross and it is still very much a wanted gadget. However, since its price has fallen more than a double (if you dig hard enough) it is suddenly one of the most wanted flagship-quality Smartphones today. The 8GB of RAM with Snapdragon 855, Adreno 640, and 2160p @60fps video quality for $480 bucks is one of the best-value deals of today. However, this low price is offered in some special deals and may be time-limited for the most part, while other online retailers are still selling the S10+ for around $700-800, which means the price might go up soon.

All images on this page are taken from official websites, linked at the start of the page. By using an affiliate link in this article to purchase this or any other product within 24 hours of clicking on a link, you are helping the BMG team to continue doing what we do best. Thank you!

A year later, Samsung Galaxy S10+ has lost none of its potency...