Undeniably, all those reports we’ve been getting since the last March when the approvals ban on new games had been put into effect, paint a pretty bleak picture about the state of the Chinese gaming industry. As those of you who have been carefully following this whole situation certainly know, the Chinese government had enforced a series of severe regulations, eventually completely banning the release of the new gaming titles, which apparently had laid a severe blow to the most influential Chinese IT companies such as NetEase and Tencent.

One logically might expect that the whole Chinese gaming industry had entered into starvation mode, with even the greatest and most renowned multi-billion companies being brought to their knees. However, in reality, things aren’t that simple, just as it’s shown by the example of NetEase and their extraordinary success in those less than favorable conditions. To put the long story short, NetEase had not only managed to make ends meet, but they’ve even succeeded in upping their revenues. When it’s all said and done, their overall gross proceeds for 2018 were ¥67.2 billion (or 9.8 billion US dollars). What’s even more impressive is the fact that of that total number, ¥40.2 billion ($5.8 billion) goes to their online games which show a marked growth of 11% in comparison to the previous year.

So what’s the catch and where lies the secret to their recent success? With all those restrictions and numerous titles that have been seemingly indefinitely put to hold, even the creators of global smash hits such as Westward Journey Online II, Crusaders of Light, Knives Out, Speedy Ninja and operators of StarCraft II and Overwatch in China (to mention just a few notable achievements from their extensive portfolio), would probably have some difficulties to stay afloat – if they’d been forced to rely exclusively on local Chinese market, that is.

Instead, just as some other big Chinese companies (such as their main competitor Tencent), the top brass from NetEase had realized the importance of focusing on the international market. To that end, NetEase had made a number of decisive moves to ensure their stable foothold overseas, the most important of which probably being the prolongation of their affiliation with Blizzard. If you remember, those two companies had started their partnership way back in 2008 when NetCent received exclusive rights from Blizzard to operate StarCraft II in China.

This collaboration should’ve ended this year, but they made an agreement to extend it to January 2023. In the words of NetEase’s CEO William Ding, “We’re pleased to continue our successful partnership with Blizzard after more than a decade of close cooperation. The scope of our collaboration is now deeper and broader than ever before. We’re confident that together we will continue to bring even more exciting game experiences to players worldwide.” 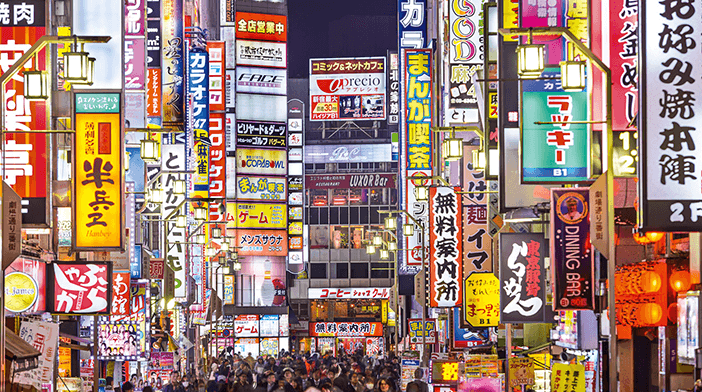 Worldwide is obviously the key word here and NetEase had decided to cement their global position with a number of successful projects such as co-development of (regrettably) controversial Diablo Immortal in collaboration with Blizzard, or perceptive focusing on the Japanese market where their title Knives Out received rave reviews by both gamers and critics.

As Ding noted, “Throughout the year we also made a number of advancements to better position us on the world’s stage, most notably in Japan. Our world-class R&D capabilities, particularly in the mobile arena, afford us an exciting opportunity to appeal to a global audience. We plan to continue to invest in global talent, IP and collaboration with other elite game developers worldwide to further this momentum.”

Unfortunately, all this noteworthy effort still might not prove to be quite enough, because NetEase’s net profits in 2018 were “just” ¥6.2 billion ($895 million) – a 42% less than what they’ve made in the previous year. If the assessment made by HIS Markit is to be trusted “Tencent and NetEase have begun to build a stronger international franchise for their games in response to the regulatory environment in their domestic market. However, even with this stronger focus, in the opening nine months of 2018, direct international revenues from mobile games represented only three percent of the companies’ total mobile games revenue. Both companies still have a mountain to climb to derive meaningful revenues from international markets to offset slowing growth in mainland China.”

That proves that NetEase hasn’t yet made it in one piece out of this “approvals freeze crisis”, especially since most of their titles still haven’t received the green light. Thankfully, with the continuation of this process and the official release of this ban, their shares had at least rose by 6.9%. Let’s just hope that this apparently quite slow procedure will continue and that soon all ten NetEase’s titles that are currently under the evaluation will soon see the light of day.