The new Com2uS baby has just had its worldwide release and we are very excited about it. Com2uS worked on another similar global hit, Summoners War. THeir new game is entitled Skylanders: Ring of Heroes. The web is already overflowing with player feedback and the scores are pretty good, so let’s see if this game is the next pretender to the throne of hero collector turn-based RPG mash-ups. And, for the record, the game probably contains even more genres but you get the point.

A well-known developer of video games, Com2uS comes from South Korea and it’s focused on online and mobile games mostly. They both develop and publish their content ever since they were founded, back in 1998. They are also mainly developing for Android and iOS nowadays, but they have made titles for other platforms as well in the past. Throughout these past two decades, they have evolved into a multi-national company, with seats in Japan, China, US, besides their home. 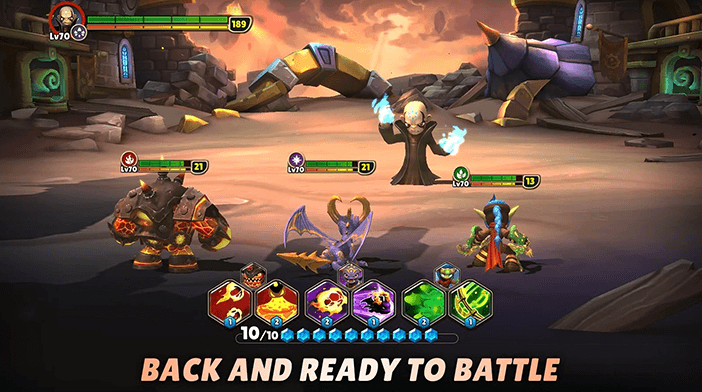 Most lovers of the turn-based RPG hero collector genre known the most successful title produced by Com2uS – Summoners War. Skylanders: Ring of Heroes is, in fact, the next generation of the same gameplay with upgraded features and obviously much better graphics and models.

Other popular titles from Com2uS are Kung Fu Pets, Soccer Spirits, Ace Fishing, Tiny Farm, Dancevil, MLB 9 Innings 18, and many more. Several of their titles are still exclusively set for South Korea and the Asian market, while Skylanders: Ring of Heroes got a worldwide release, so they must be dead serious about it.

A wondrous world of fantasy, Skylands, is filled with magic, adventure, and its land is floating on clouds, making it a living paradise. The whole world of Skylands rests on the Core of Light. It keeps the darkness away and helps the paradise flourish. Peace reigns as our Master Eon and the fellow Skylanders have fun all day long in the arena. However, no light is without its darkness and there are always those who wish to rule and to seize this paradise for themselves. One such entity is Kaos, a spiteful fellow. Usually harmless, but this time around he has gotten his hands on the Book of Dark Magic and the power he now wields is beyond even his dreams. He sought to overtake the portals, which are gateways to other dimensions, but the Book’s power was too much for him to control and the portals went out of control, creating a tear or a rift that collapses on all available dimensions. This rift pulled in other dimensions and brought them to the world of Skylands, which includes the Earth’s Portal Masters i.e. players.

As the darkness minions rise up, the Guardian Master of Skylands, Master Eon, is gathering the Portal Masters and The Skylanders to help retrieve the Book of Dark Magic and end this chaos – and end Kaos as well. 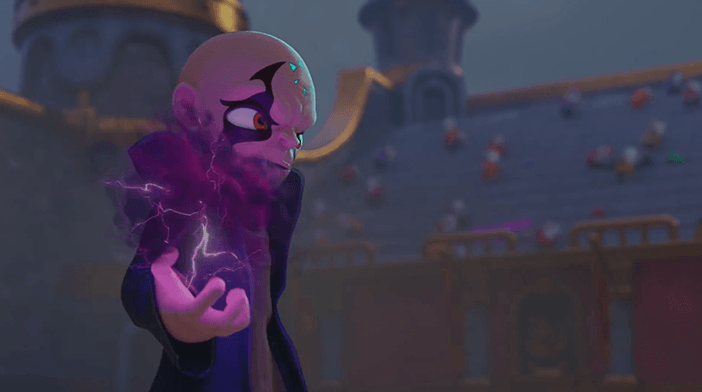 The gameplay style will be familiar to the fans of the Summoners War and similar games. You naturally get your own profile as you are the Portal Master, and you get your own peace of heaven i.e. Skylands island. You can customize the island by your design, same as in SUmmoners War. Furthermore, there are the same options for playing – questing through the campaign mode, daily quests, PVP battles, and more. 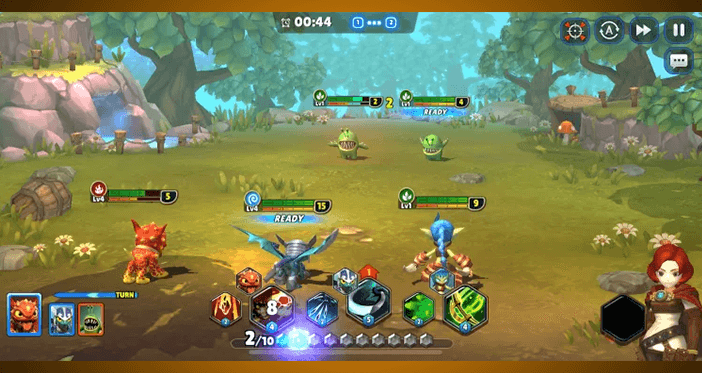 However, this is where this game took a rather big leap ahead in the genre. Most of these games feature the standard rock, paper, scissors mechanic. Some recent titles began adding in additional elements, but none dared to mess with the mechanic. If it works, why bother?

Well, Com2uS Skylanders will mess with your head as the game features ten elements, and everyone participates in the advantage game. The elements are:

The game has its own set characters you collect throughout the game, like the Stealth Elf, Eruptor, Spyro, Hex, and others featured in the trailer. However, the game reportedly has over 80 pre-generated heroes to unlock and collect. 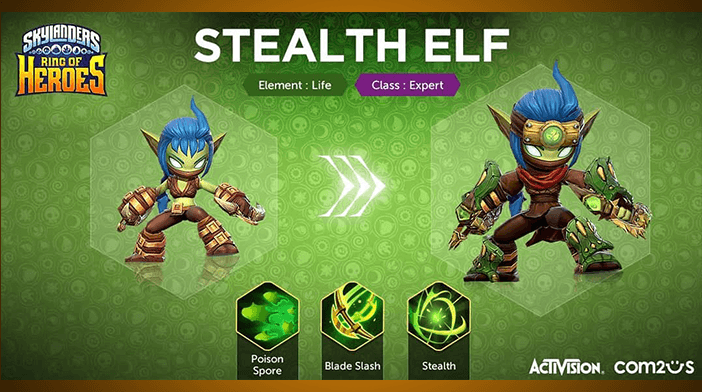 You assemble your squad, which is familiar enough, equip runes and then go through dungeons and battles. You can collect and lead Skylanders and Villains alike in this game, which is in and of itself interesting.

The battle mechanics need no special introduction. You use the elements to your advantage and use the skills available on your team. However, contrary to what other games featured, in Skylanders: Ring of Heroes all your abilities and team members are available to you at any one time. There are only your turn and the opponents. The only limitations you must abide by are the ability cooldowns and mana. That’s the new thing introduced this time.

Skylanders is the next big thing?

It remains to be seen if this next title by Com2uS will dethrone Summoners War, as many players already rushed to get a foothold and begin collecting heroes and experience as soon as the game was released. Skylanders: Ring of Heroes does show promise, as its visual style and the innovations introduced refreshed this genre mash-up just right. The visuals and the models are impressive, completely next-gen compared to any other turn-based hero collector. And, the environment and ability animation are uncanny.

It remains to be seen if this next title by Com2uS will dethrone Summoners War, as many players already rushed to get a foothold and begin collecting heroes and experience as soon as the game was released. Skylanders: Ring of Heroes does show promise, as its visual style and the innovations introduced refreshed this genre mash-up just right. The visuals and the models are impressive, completely next-gen compared to any other turn-based hero collector. And, the environment and ability animation are uncanny.