It’s been a year of fun and games, this 2019 …A year of big happenings, market-changing developments, and the innovative new cloud gaming.  As per tradition, we will choose our top picks and other mentions for the year 2019, and we will focus on mobile games, for that is our trade. The list goes irrespective of order of appearance for we feel it is unnecessary to choose between these top 10+ games, which managed to make a breakthrough in their respective genres, combine genres otherwise incompatible, and achieve critical success.

Black Desert Mobile release date was on December 11, and Pearl Abyss finally launched their hit game for the western market. The game’s original release was in 2018 and it came here to both Android and iOS. The game already surpassed four million registered users just two months after it was made available for registration. 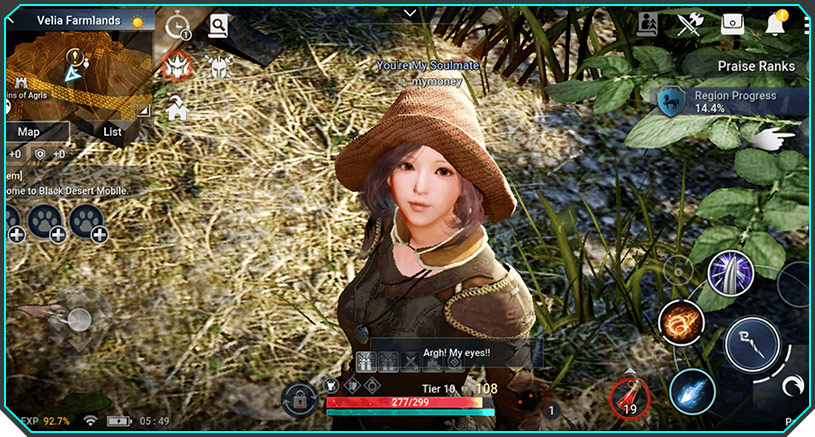 The game was developed, published, and ported to western markets by Pearl Abyss, a studio based in South Korea and this MMORPG title is its most prized and celebrated creation. The studio uses their own proprietary engine and is praised for its cutting-edge visual style and graphics, as well as an innovative take on the whole genre in terms of gameplay mechanics and everything else. It achieved acclaim for its in-depth open-world setting, high levels of customization both visual and in terms of playstyle, and it has broken all norms in virtually every other aspect.

EVE Echoes release date is still pinned for spring 2020, but the game is in its early access already since the beginning of December 2019. It is the next revolutionary step in mobile gaming, is dished out by Netease Games and it is everything they promised. It brings a deeply immersive Sci-fi sandbox massively multiplayer online gameplay through the world of EVE Online we all love and respect. It took quite a while for the critically acclaimed space-based MMORPG to get ported to mobiles, but it is finally here and it brings the untainted experience according to the community feedback so far. 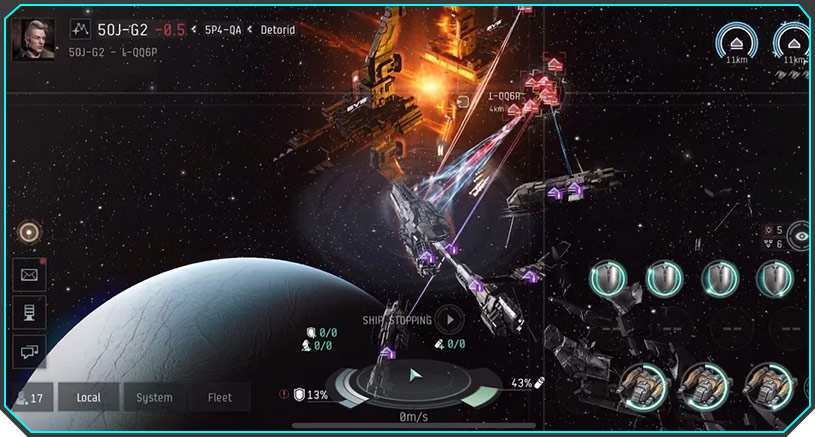 The game’s placed in a parallel New Eden. In this game, the open-world concept is replaced by open space, as the universe is the stage for interstellar combat, piracy, exploration, harvesting resources, industrial manufacture, trading, and many other multiplayer social activities. Even before its official release date, EVE Echoes looks ready to grow the community and include mobile gaming as well. The game brings the same experience as the original, with the same possibilities, and the social aspect of the game is still impressive 16 years later.

Might & Magic Heroes: Era of Chaos is a game made from the Might and Magic PC games series, H3 in particular. Ubisoft finally brought the franchise to mobile and their perseverance definitely paid off. There have been other attempts in the past with Might and Magic: Elemental Guardians, but this is the first title that features the original story, characters, units, skills, and gameplay elements from the acclaimed turn-based strategy games. 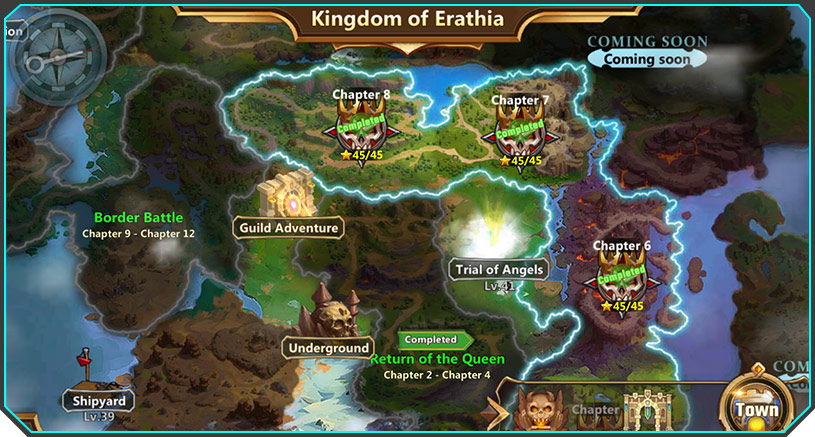 The game has received high praise and ratings on both iOS and Android, mostly going above 4.5 stars. The story brings back familiar characters like Queen Catherine Gryphonheart, Gelu, Sandro, and Solmyr and follows up on the campaign from Heroes of Might & Magic III. However, it is best regarded as a title in and of itself, which compliments the original story, characters, and uses some of the mechanics and units from the original games.

Ailment mobile game is developed by Beardy Bird Games Company. It is an action game in a rogue-like style and pixel-art appearance. The project was unsuccessfully funded via Kickstarter but the game is still available for Android and iOS with the hopes of the players helping with feedback. BeardyBird Games Company hails from the UK. It is an indie studio but it co-founded and CGI Generalist Ivan Panasenko has over a decade of experience in the CG industry. 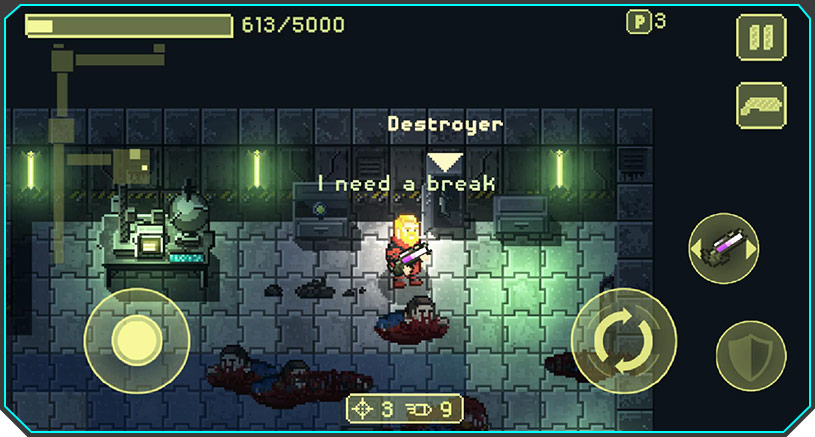 The game is packed with insane action. The overall story takes you to your character, Jonathan, who is just a regular crew member of the Frontier-16 space transporter. The year is 2326 A.C. He suddenly wakes up three days later, after they were about to help the ship with the SOS signal. What he finds is disturbing, to say the least. This title currently has 4.3 stars on Google Play and 4.7 stars on the iTunes App Store, and it is praised all around.

Call of Duty: Mobile release date was on October 1st, 2019. This title marks the transition of the critically acclaimed CoD franchise to mobile devices, and it was made possible by Tencent for both iOS and Android. The series is otherwise known for delivering engaging first-person shooter gameplay since 2003 when it started out with a game set in the time of WWII. However, through the years, the setting evolved to cover many other historical and fictional conflicts, and now it is time for a mobile multiplayer battle royale. 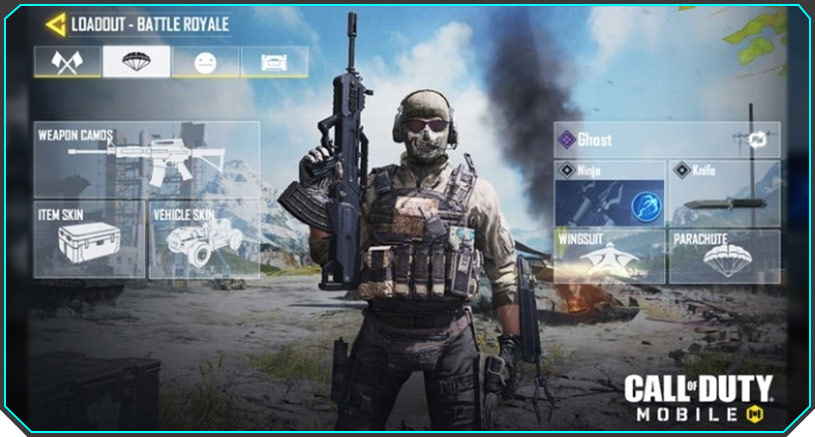 On Google Play, Call of Duty: Mobile Android has a 4.7-star rating out of several thousand votes right now, growing by the hour. On iTunes App Store, CoD iOS has 4.4 stars out of almost 10k votes, also growing quickly in number, and the game is already #3 in Action. Tencent aimed to oblige on everything we love about the multiplayer shooter genre, with providing improvements and solutions to problems most games have not yet managed to get past.

Journey was brought to us by Thatgamecompany, which is an indie studio, and it is an artistic video game that focuses on realistic graphics and visually impressive art style. It was released for other platforms since its original launch in 2012, but finally arrived to PC and Mobile in 2019. It puts a player in a mysterious, visually stunning setting, with an emphasis on exploration of old civilizations. 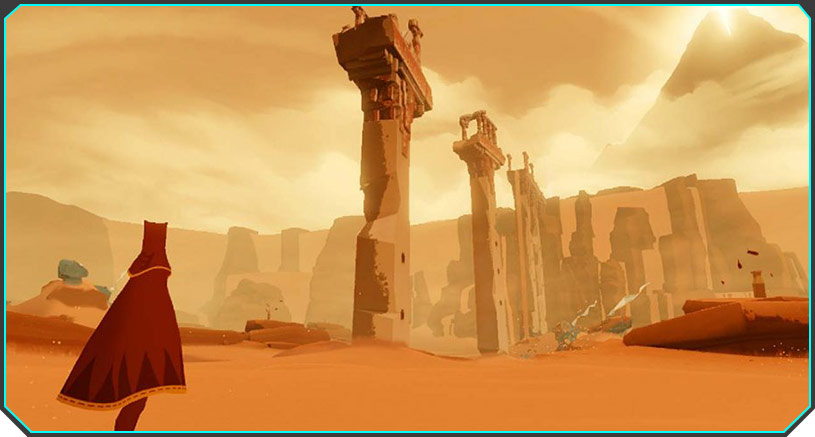 It immerses the player through a simple gameplay, with basic functions like running, jumping, and interacting, but it is its content and presentation that does the trick. On the iTunes App Store, Journey has a 4-star rating, and the game is exceptionally well-received all around. Its immersive experience is praised by the community, and the only catch is that it is a premium game, but well-worth the price of around $5 bucks for the mobile version.

Dragon Champions deserves its spot on this list simply for its critical acclaim it enjoys on both Android and iOS. On Google Play, the game has 4.5 stars out of over 9k votes, while in the iTunes App Store it current rating goes up to even 4.9 stars. It is a free-to-play fantasy mobile RPG, with the gacha flavor, impressive graphics, and an immersive storyline. Its tactical battles in both PVP and PVE have won quite an audience, while the entire experience is described to invoke the old-school MMORPG allure but with modern features and kicks. 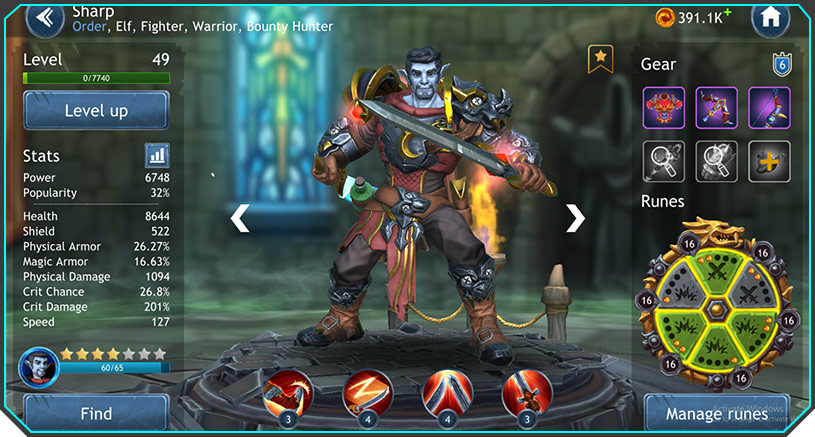 Dragons and demons clash in mysterious Reflections, and we take on a squad of our own champions, which is where the gacha comes in. As per usual, there are several races, including humans, elves, orcs, pandas, goblins, and more, and they are all divided into two main factions. The team assembled can be evolved, upgraded, armed, and tweaked to make the best strategy we can come up with, and the game’s replayability is what allowed it to reach such high acclaim.

Dota Underlords mobile game was long in its beta and early access, with patches and tweaks done by Valve as we go. The game features all of the original licensed heroes from Defense of the Ancients, as well as items, mechanics, hero talents, animations, and visuals. It is aiming to satisfy the need for the massive DOTA 2 online community for a mobile game to occupy them in their spare time, when not playing the game itself. 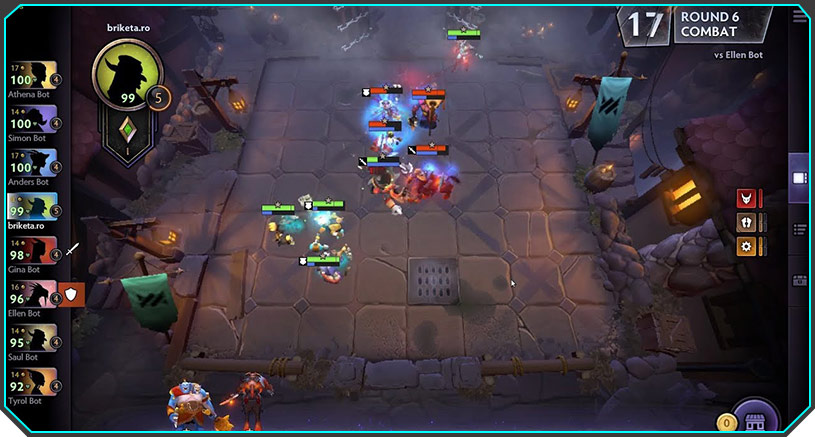 Being described as auto chess doesn’t do justice to this game, or perhaps it does but you need to understand what it’s all about first. This game is all about preparation and knowing its inner workings, just like the original. Heroes are divided into tiers from 1 to 5 and some cost less gold while others cost more. It has 3.9 stars on Google Play and 4.4 on the iTunes App Store, out of almost 100k votes per both. This game is every bit as exciting as the original when you win a round and it is even more devastating when you lose.

This is a long-awaited mobile version of the acclaimed Grimvalor game. The game managed to port to mobile devices, both iOS and Android and keep its original appeal and even winning the Game of the Year award in 2018. It is a fast-paced action platformer where we play as a warrior who investigates the Vallaris kingdom, in the midst of a plague that turns people into monsters. 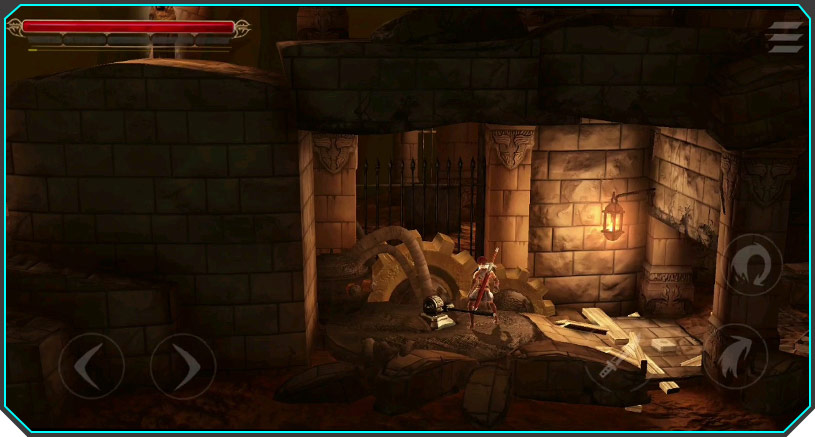 The game is compared to Metroidvania and Dark Souls, and it certainly does its best to impress with its action, visuals, and gameplay features. It is a premium purchase on the iTunes App Store, but enjoys a perfect 4.9-star rating there and is #63 in Adventure. On Google Play, Grimvalor Android is free-to-play and also enjoys a high 4.5-star score, with over 10k votes on both stores.

AFK Arena mobile represented the next and the first concrete step in Idle Games, in terms of the title at least. Idle games, or incremental/clicker games, are famous for catering to the need of the people to play a game without having to deal with it much. It currently enjoys 4.6 stars on Google Play and 4.7 on the iTunes App Store.

Naturally, AFK (Away From Keyboard) is an old school term that sprung up long before the mobile phone and mobile games. AFK Arena was developed by Lilith Games, who also brought us Rise of Kingdoms, Soul Hunters, Art of Conquest, Dank Tanks, and others. Besides allowing you to go AFK, the second part of the title suggests this is a battle arena, which means also hero collector. You build your team and go into battles – the usual stuff. 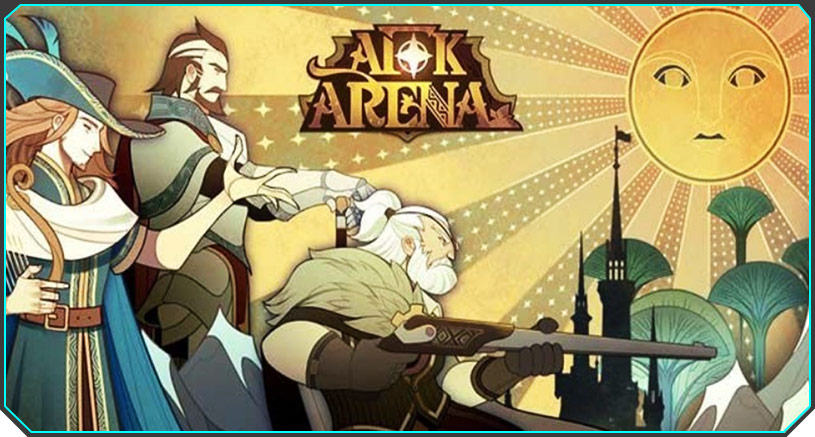 That is our list of top 10 mobile games for 2019. Honorable mentions include Mobile Legends Adventure, which is a game based on Mobile Legends: Bang Bang and it expands the franchise, and Football Manager 2020 Mobile, which is developed by the people who built the original Championship Manager from the ‘90s. We would also like to mention Stardew Valley, and old school fun pastime that grew insanely popular over the last three years. Raid Shadow Legends, a game that has spawned a cult following, and GRID Autosport, the latest installment of the fan-favorite TOCA series by Codemasters, often considered the best racing game franchise today.