Now all 5 of these shows are officially done and the real reasons are highly speculated, while they might just be plain and simple.

According to some reliable online sources, Marvel Cinematic Universe never really looked at these single-character shows as a means to directly make a profit. The whole point of the shows was to bring the audience closer to the whole Marvel comic book world and to fill in any gaps perhaps left by the movies. They did try the crossover Defenders show, but it also made no tangible profit, for neither Marvel nor Netflix, so from that standpoint, this was expected.

Marvel Has No Further Use From these TV Shows

These shows did their part – they brought more audience to the movies and to the MCU. It’s the same thing with these new animated movies and TV shows. They serve to acquaint more people with the characters and the whole Stan Lee vibe, which is a good thing. Especially from a financial standing point, that is.

But, after a season or two, these shows simply ran out of spark. While season 1 was pretty good, there was no real script for Punisher season 2. It was like the people in development just stopped trying. The actors were still doing their thing and tried to make the best of it, but it was apparent the interest was lost from up on high. The same goes for Jessica Jones, Iron Fist, and Luke Cage. As soon as it was apparent the shows weren’t immediate commercial hits, it was cancelation time.

Which Brings Us To Daredevil

The first one of the 5 and the only one which lasted until season 3 along with Jessica Jones. Daredevil is the one show which did MCU a huge favor and it has its brilliant script, and the joint efforts of Charlie Cox, Vincent D’Onofrio, and all of the cast to thank to. Season 1 took everyone by the throat and they just kept upping the stakes, with incredibly good choreography and long uninterrupted action takes.

Okay, both Daredevil and Jessica Jones arguably already had season 3 as a final and last chapter. Arguments can be made that the shows were going to end anyway. The decent viewership can attest to that. However, Disney has its hand on the button and right now it is set to OFF for all of these characters and shows.

Will These Characters Come Back?

So far, these Marvel TV shows, including the defenders, have had 151 episodes in 12 seasons, which is quite a lot of content. Some story arcs have been finalized, while some others may have been left unsaid. All in all, Netflix apparently does plan on keeping the content available for viewing for at least a few years, as they ended their statement with:

“Showrunner Steve Lightfoot, the terrific crew and exceptional cast including star Jon Bernthal, delivered an acclaimed and compelling series for fans, and we are proud to showcase their work on Netflix for years to come”

So, ‘for years to come’ means they at least promise The Punisher will be available. 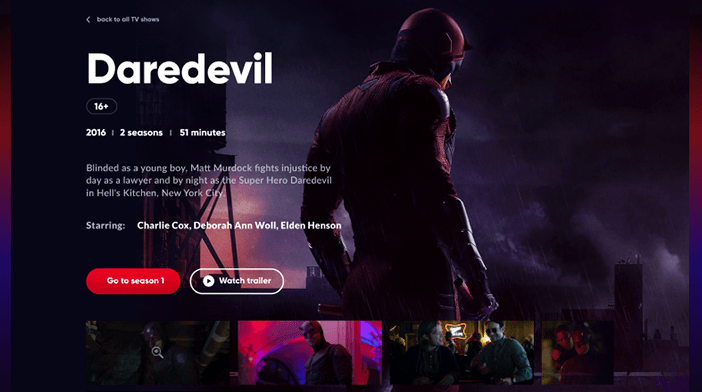 What Was The Problem?

Daredevil, The Punisher, and Jessica Jones all gathered an arguably large audience. The show’s initial seasons were well received and the ratings were high. Netflix undoubtedly made a profit and the entire MCU thrived. But, these shows were not just something to keep the fans busy until the next Marvel movie comes out. They were filled with brilliant efforts of the crew, both in front and behind the camera. It also spawned an iconic performance of Vincent D’Onofrio as King Pin.

Netflix canceling Jessica Jones ahead of season 3 even airing shows that the production simply doesn’t have any more juice left for the fans. They left us with this announcement without any promise of a reward, as they just move on to other projects. And, for the time being, it is what we must do.