Wolfenstein: Youngblood isn’t out yet but it has been the center of some rumors since last June. Specifically, the word was that this highly anticipated game will be coming to Nintendo Switch although it was originally planned to arrive on PlayStation 4, Xbox One and Microsoft Windows sometime in 2019. There haven’t been any official announcements yet from Bethesda nor Nintendo, but a GameStop employee disclosed this information. 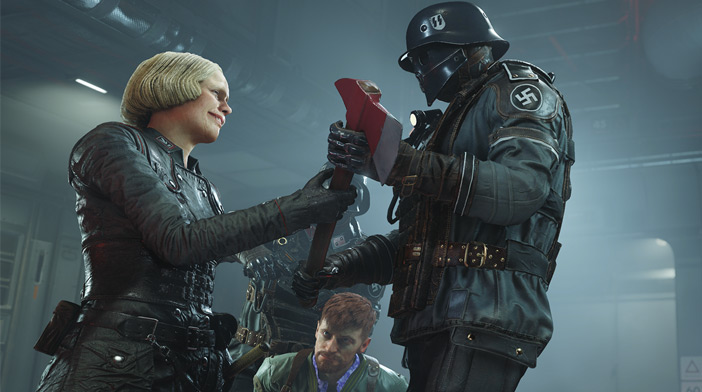 Marketing Executive of Bethesda Pete Hines teased in the fall last year that the next Wolfenstein game will be coming to Switch, but this not necessarily means Youngblood. Namely, another Wolfenstein game is also slated for 2019 release – Wolfenstein: Cyberpilot. However, this game is designed for VR so Youngblood may be a more likely guess.

As you probably already know from announcements, Wolfenstein: Youngblood takes place nineteen years after freeing the USA from Nazis. Two sisters are on their way to save their father BJ, a protagonist of the majority of Wolfenstein games, who has been captured in Europe. However, Nazis are still present in Europe and sisters will have to fight in order to save their father. The game is a spin-off from the original series and will feature both single player and multiplayer modes.

At the same time, Dragon Quest Heroes 1 & 2 by Square Enix is also on the list of future Switch titles. Both games were released in Japan for Nintendo Switch in 2017 and many hope that it will finally be localized and released in the West.

Dragon Quest Heroes is taking place in the Kingdom of Arba. After a peaceful cohabitation, monsters attacked humankind and darkness threatens the land. Both games sold in over million copies in Japan and the reviews were mostly positive.

“You go where the money is because that’s how you stay in business… What we have seen compels us to say, ‘[Switch] is a viable platform for the kind of things we do going forward,’” said Hines.

If this list of games to be released for Nintendo Switch is true, it seems that both titles will be released on December 31, 2019. However, without official confirmation, it’s too soon to feel excited about this but it’s never too late to keep your fingers crossed.