Fans of the original PC and console version will need no introduction to the game, having already enjoyed the sprawling open world, magnificent visuals, and fluid, fast-paced combat which helped make Black Desert one of the most popular MMOs in recent years. Now with Black Desert Mobile, Pearl Abyss aims to faithfully recreate the same experience for iOS and Android users. And if it gets anywhere close to doing so (and the latest trailer suggests it will), then we’re all in for something rather special.

Initial fan reaction and early previews during soft launch has been overwhelmingly positive, with players universally praising the character customization options as being the most in-depth ever seen in a mobile game. The scale and depth of its open world and empire building is also set to rival even the biggest MMOs currently on the market.

At launch, players will get to choose their characters from one of five classes. These include Warrior, Witch, Ranger, Giant, and Valkyrie, each of which possesses their own unique abilities such as increased range attacks, magical spells, and powerful melee attacks. 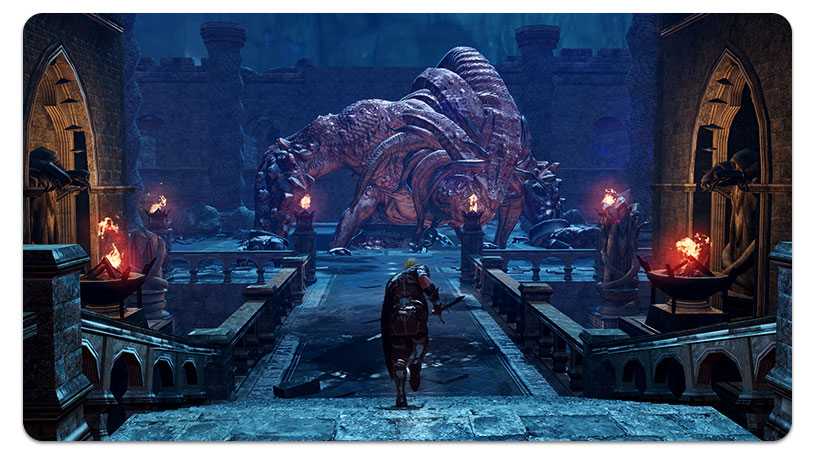 Progressing your character and earning rewards will result from completing quests as well as unique tasks to help improve your character’s skills. As revealed in the trailer, players will be presented with everyday resource gathering tasks to increase the wealth and dominance of their camps, including mining, fishing, foraging, and horse breeding, to name a few.

You can show your support by joining the 3 million plus players already pre-registered for Black Desert Mobile by signing up at the game’s official website and Google Play. Among the rewards pre-registrees will enjoy the pre-download and pre-character customization access (from 9th-11th December), as well as a key to either the PC or console version of Black Desert. This offer will be limited so be sure to act fast while stocks last.

Ajvan Grozny could have been a firefighter, pole-dancer or a wizard, but he has chosen a different path. He become a gamer and united all of those cool hobbies and jobs. He is currently working as a Chief Everything Officer at BlueMoonGame where he plans to stay until Jörmungandr devours this world.