It’s finally here! Black Desert Mobile has launched globally and everyone’s initial impressions are all over the place. Some people love and praise it, others are not as impressed, but one thing’s for sure – not a single MMORPG fan is indifferent about this title. After playing it for a while, I’ve finally got myself to write down this review and share my experience and impression about this newest MMO wonder everyone’s been so hyped about.

As most of you probably know already, this game is a mobile adaptation of Black Desert Online – one of the most popular MMORPGs of today. It’s been developed by South Korean video game development studio, Pearl Abyss. Ever since its release, Black Desert Online has been growing in popularity, and it didn’t take long until the devs announced the mobile adaptation of this acclaimed MMORPG back in August 2017. In 2018, Black Desert Mobile was released for select countries in Asia, and now, after more than 2 years of waiting, it has finally arrived at the western market, following the successful pre-registration campaign in which more than 4.5 million users signed up in a bit over 2 months’ time. 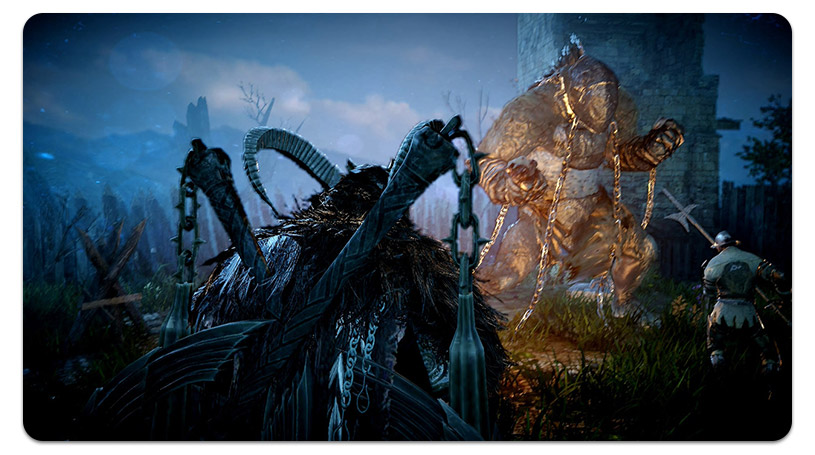 Since Black Desert Mobile was praised universally for its graphics, I’ve decided to cover this aspect of the game first. From the get-go, as soon as you get into character creation screen, you will notice that all the stories and praises about the game’s graphics were true. The amount of detail that was placed into character models is simply astounding. Without exaggerating, Black Desert Mobile is probably the best looking mobile game of today, and its graphics are on par with modern console/pc titles. 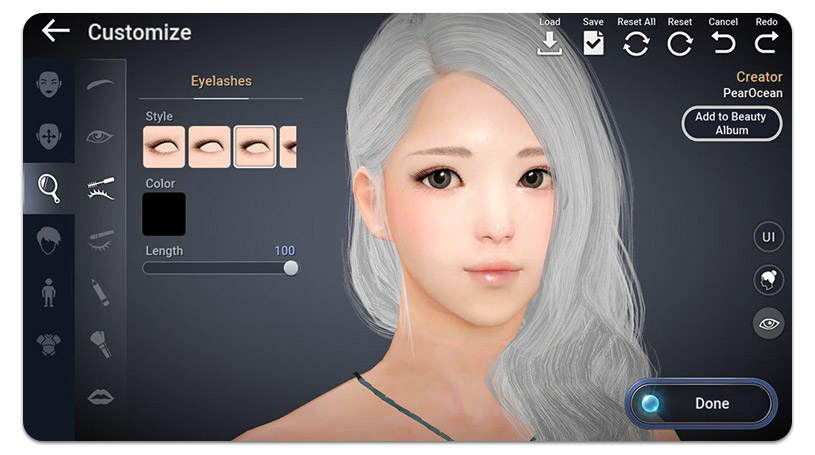 Also, all of the spells and abilities have flashy animations tied to them, and these look simply phenomenal. Each of the spell animations is unique and has a distinct look and feel. Other than that, the environment is very well done and will bring a nice feeling of immersion to the game as a whole.

Now the questions you’ve all probably been wondering about – “How taxing is this for my phone? Do I need a powerful smartphone to play this game?” To put it simply, you can play the game on most of today’s phones without needing to have a gaming smartphone. The reason for this is the game’s optimization. Black Desert Mobile possesses a wide array of graphic settings, and in case you don’t have the latest smartphone, you can still play it if you tone down the graphics. Of course, this comes at the price of significantly worse visuals, but at least it allows pretty much anyone to play the game. And if you are one of the lucky people to possess a powerhouse gaming smartphone, you can always crank the settings up to max, and feast your eyes upon the magnificent visuals the game has to offer. The only downside of it is that this will quickly drain your battery, but at least you’ll enjoy every moment of playing Black Desert Mobile while you’re at it. 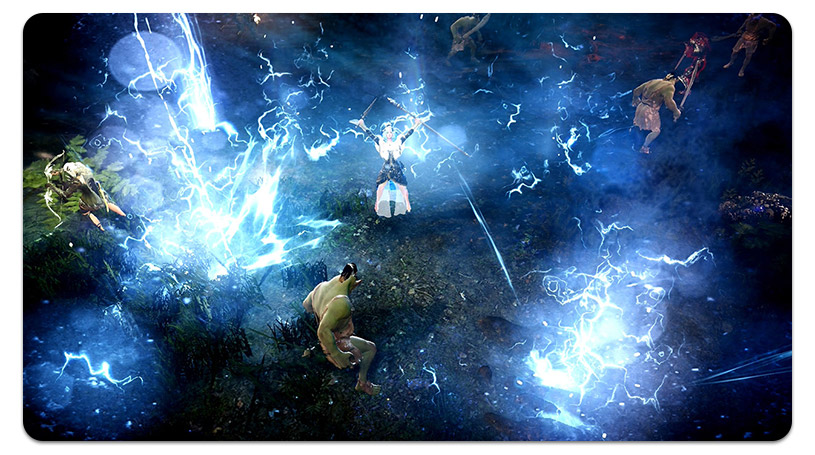 Now, this is where things get interesting. Once you start the game, you will get to choose the server you want to play on, and shortly after, you’ll get to character creation screen. There are five classes to pick from, and each has a very unique and distinct playstyle. You can choose to play as Warrior, Ranger, Witch, Giant, or Valkyrie. Each of these classes has several unique abilities, and each class excels at some aspects of the game.

After picking a class, you will be able to customize your character’s appearance. The developers really went above and beyond with this feature. In Black Desert Mobile, you can pretty much customize any aspect of your character’s looks. You can change hair, eyes, facial structure, height, width, and pretty much anything else that comes to mind. There is also a character customization feature that would pretty much put to shame most other MMORPGs on the market, including PC ones. Hats off to developers for allowing players to customize their characters in such great detail. 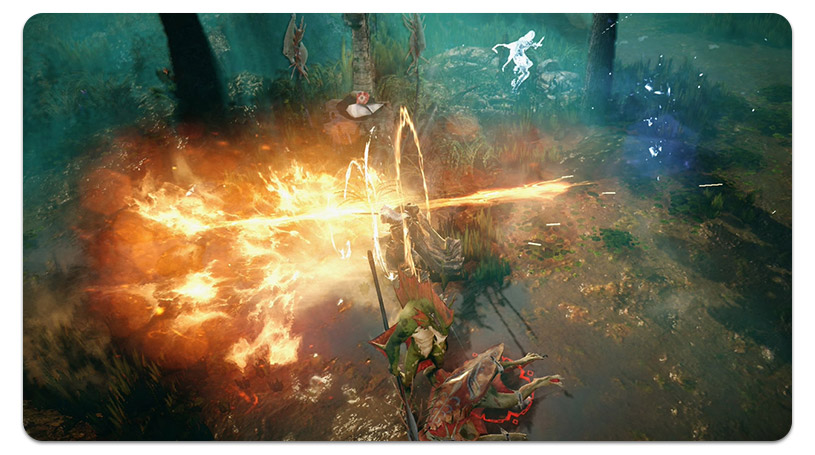 Shortly after you’re done creating your character, the game will start, and you’ll be thrown into the magnificent world of Black Desert Mobile. The tutorial segment is fairly well done, and it will introduce you to some basic mechanics, and will gradually teach you how to play a game. To be honest, even if you are not familiar with the MMORPG genre, you will easily be able to grasp core aspects of the gameplay, and frankly, the game does quite a good job at slowly introducing new mechanics as you level up, so you wouldn’t get overwhelmed at any point. Once you get accustomed to the basics of the game, you will get to learn some advanced stuff, like comboing abilities, improving your gear, and etc.

Black Desert Mobile also has some neat and interesting features. When you reach a certain point in the game, you will be able to build your own camp. This will act as your own personal haven, and you will get to recruit workers, build various buildings and upgrade them, or just chill around while you take a break from adventuring. 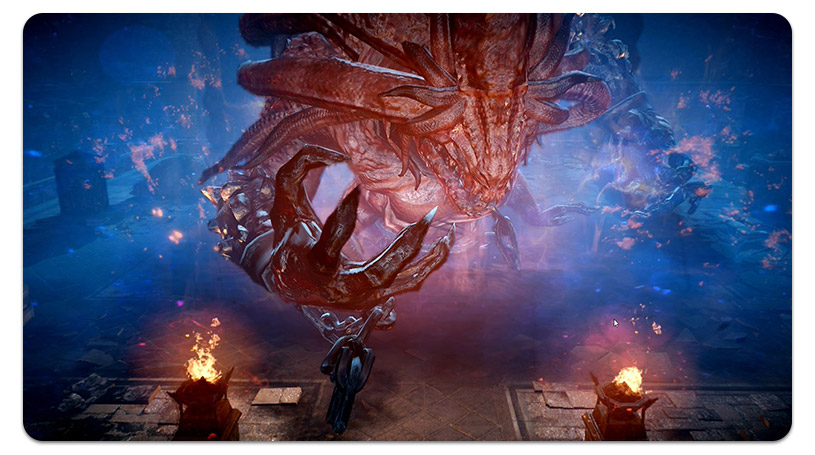 When you grow powerful enough, you will be able to fight World Bosses, which will put your skills and knowledge of the game to the test. These bosses yield some nice rewards, so once you’re able to best them, it will definitely feel amazing.

And also, there is a multiplayer aspect of the game too. As with most other MMORPGs, you will get to meet and interact with other players, play together, make some friends, and even form or join a guild. This is pretty standard for most modern MMORPGs, and Black Desert Mobile is not much different in that aspect.

This part of Black Desert Mobile is kind of subjective and heavily depends on the activity you are doing in the game. Certain features of the game, like boss fights, can really get your blood pumping, especially the first time you encounter them. Like with most MMORPG games, obtaining some rare items can feel pretty rewarding. Also, successfully performing skill combos and annihilating scores of enemies will bring you an immense feeling of satisfaction. Still, while you’ll enjoy many aspects of the game, you will also come to the realization that there are certain repeatable tasks within the game that can quickly start feeling like chores, and that can ruin the overall feel. Thankfully, there is a lot of content for players, so it will take quite a while to reach a point where you won’t have anything to do. 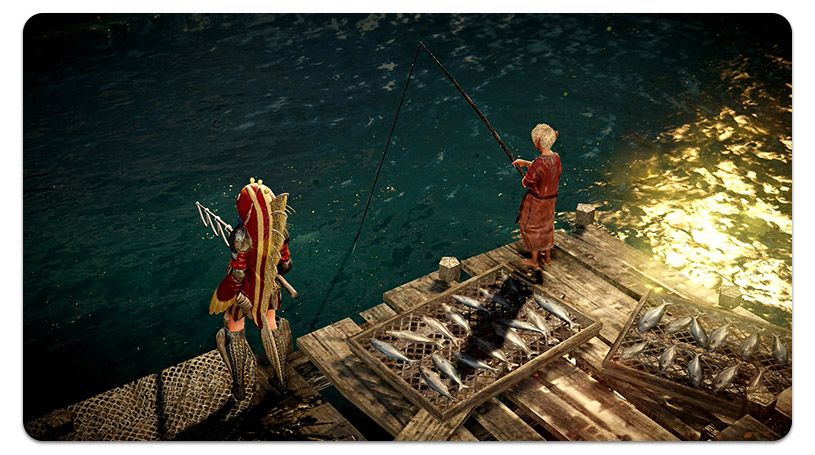 So, here’s the main question everyone’s been asking – Is Black Desert Mobile really worth playing? When you factor in all the content the game has to offer, you will quickly realize that it is richer than most other MMORPGs on the market. Also, the player base for this game is huge, which is one of the main things that determine whether or not an MMO will live long. All things considered, Pearl Abyss really went out of their way to create a memorable MMORPG that players can enjoy in years to come, so if you are a fan of this genre, you definitely want to give it a try.

Pearl Abyss really went out of their way to create a memorable MMORPG that players can enjoy in years to come, so if you are a fan of this genre, you definitely want to give Black Desert Mobile a try.