It was always a problem to make a real-time strategy work well on mobiles. Well, “was”, because Gear Games’ Art Of War 3 has passed the threshold. It is a fully-fledged real-time strategy video game for Smartphones, made by a Russian studio Gear Games in 2018, and the game has been going strong ever since. It has expanded its popularity and community if nothing, and it enjoys high praise on most sides, apart from the in-game monetization system which we will talk about down below. We will do a full in-depth review with guides for AoW3: GC in the second part. Oh, and by the way, Art of War 3: Global Conflict and Art of War 3: RTS Strategy Game is the same thing.

Going under these two names, this game has eluded us and flown kind of under the radar for the past couple of years… 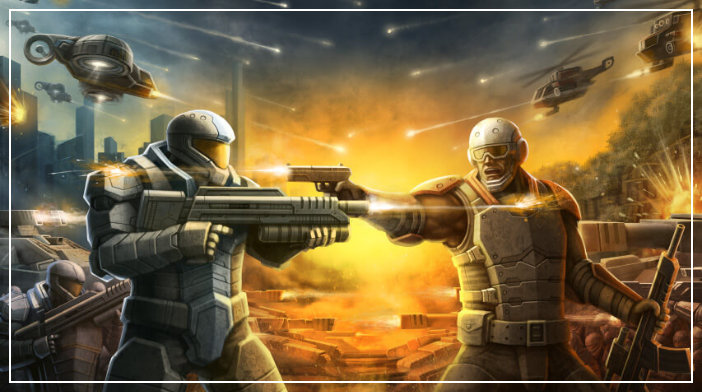 Going under these two names, this game has eluded us and flown kind of under the radar for the past couple of years. This is strange because a good and working real-time strategy game is so rare in the mobile market. As mentioned, It was dished out by Gear Games in 2018 for both Android and iOS. On Google Play, AoW3: GC has an overwhelmingly positive score of 4.5 stars out of almost 300 thousand votes. The situation is the same on the iTunes App Store, with 4.5 stars but from too few votes to make it reliable. But, nevertheless, the game is popular. It was downloaded and installed over 10 million times!

The stage for this war is set in the not so distant future, where two factions collide… 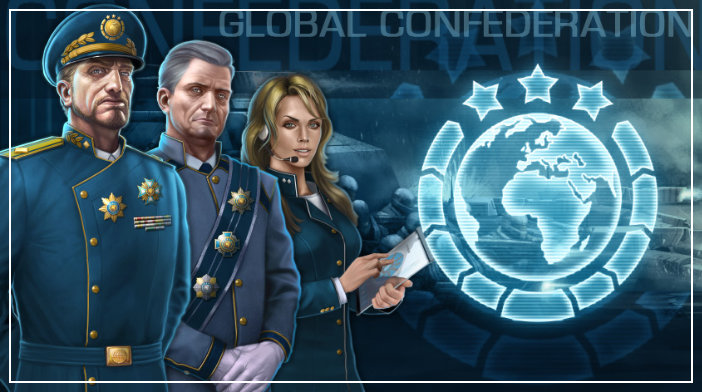 The stage for this war is set in the not so distant future, where two factions collide. On one side we have the Confederation, who are your resident globalists. They have aimed to build the “perfect world” where everyone is united under a single banner. They have all the money, the latest tech, and are equipped to the teeth. On the other side, we have the Resistance, and “Viva la resistance!” They are forced to work in the shadows, specialize in stealth, cheap but fast units, and more improvised tactics. In AoW 3: RTS, the player can play as either side.

Upon choosing your faction, the players go through a single-player story campaign, which also teaches them all relevant things about in-game mechanics, units, and stuff… 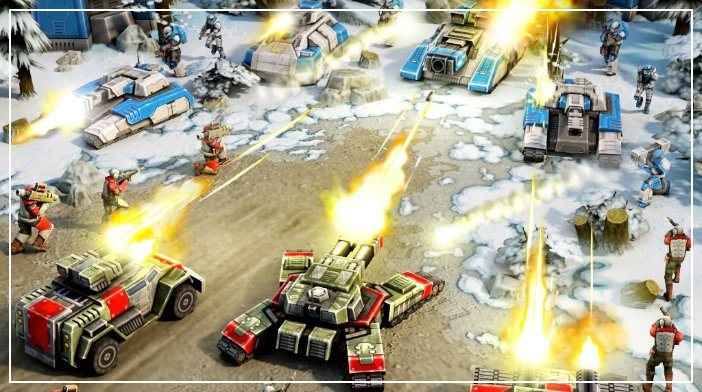 Upon choosing your faction, the players go through a single-player story campaign, which also teaches them all relevant things about in-game mechanics, units, and stuff. Of course, the metagame, as with all real-time strategies, is in PvP action, and later on, this is your bread and butter. The strongest point of AoW 3 is how the game handles combat, which is to say that I, personally, have never seen a better handled real-time strategy action war game on mobile devices. It is fully featured as PC games of the same genre. You can control every single unit individually or in groups, build your bases, harvest resources, train units, capture points of interest, develop tech, and use it all for your strategy.

All the hallmarks of the genre are accounted for, with various unit types normally spaning through ground units (infantry), aviation, the Navy, and other stuff. Each faction also has its own unique play style and even superweapons, like Nuclear Warheads. Naturally, combat lies upon the foundation of unit types, where each unit has an advantage over some other enemy unit, but a disadvantage compared to another, and so on. It is what gives these strategy games their dynamic and pace. The player can also play various modes, escort missions, capture the flag, and more. Each faction’s campaign features 10 episodes, which accounts for over 50 PvE missions, through which the player develops into a military leader and masters the given faction.

Since the AoW 3 came out in 2018, its graphics are sort of surpassed currently… 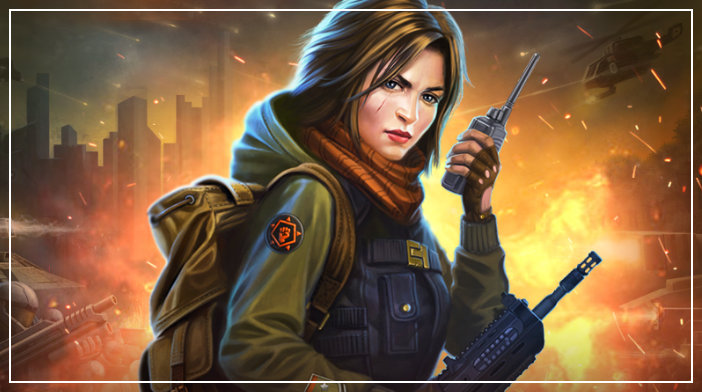 Since the AoW 3 came out in 2018, its graphics are sort of surpassed currently, but this is a good thing because real-time strategy gameplay can be demanding. When you have lots of units clashing on the screen, each with their own set of visuals and animations, things can get hectic, and this is why it is good to sacrifice a few fancy visuals for smooth and fast gameplay. But, this is not to say there is anything wrong with AoW3, as it still looks decent.

The game can run on a weaker setup, but with some sacrifice to the gameplay quality… 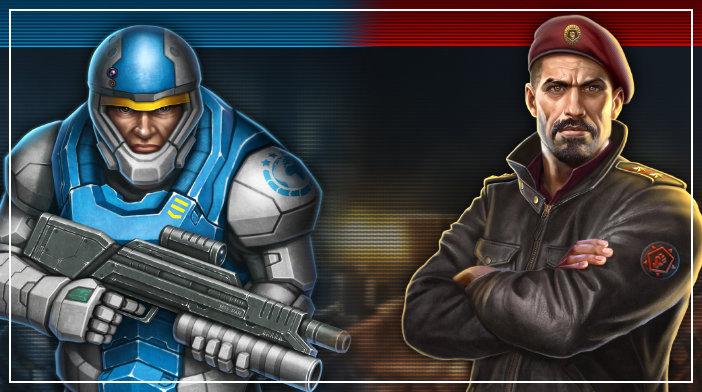 AoW3 will run smoothly on any smartphone with 2GB of RAM or higher, with a GPU around Adreno 505 or stronger. The game can run on a weaker setup, but with some sacrifice to the gameplay quality. Android users will need 4.1 or up, while iOS users will need 10.0 or up. As far as the Smartphone screen size goes, it is always nice to play real-time strategies on screens as large as you can manage, but since the UI is clean and not overburdened with details, it works fine on anything larger than 5 inches.

Now, here is where AoW 3 ran into its first problems and negative reviews... 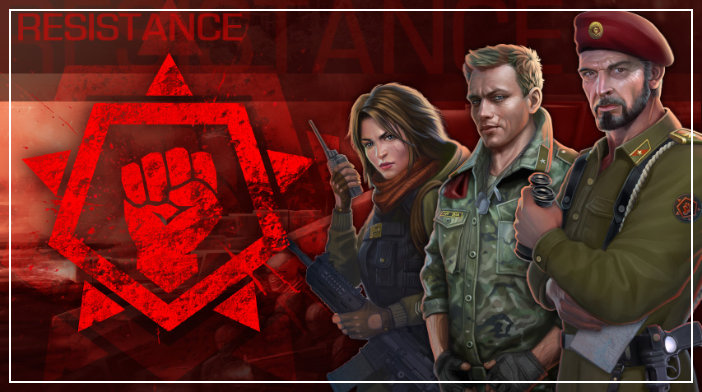 Now, here is where AoW 3 ran into its first problems and negative reviews. This game was even called “one of the most p2win games ever made” by a Fandom community source.

While this probably goes for the late game multiplayer experience, which is the main thing to look forward to, this may have seriously compromised user experience. The game offers microtransactions that range from around $4 bucks to well over $100, and it’s mostly for Golden Credits, the game’s premium currency. Cash is also valuable because any in-game currency can buy you boosts, which range from boosting your units’ training speed to stats, and, yes, they do apply to PvP combat as well, which is why some players do not like it. If you can’t follow the stakes, you cannot compete with the big sharks that will splash out cash for this game.

Besides AoW3’s monetization problems, we must applaud Gear Box on all other successful aspects of the game. So few developers out there managed to solve all those problems of porting real-time strategy games to mobile platforms, but they did it… 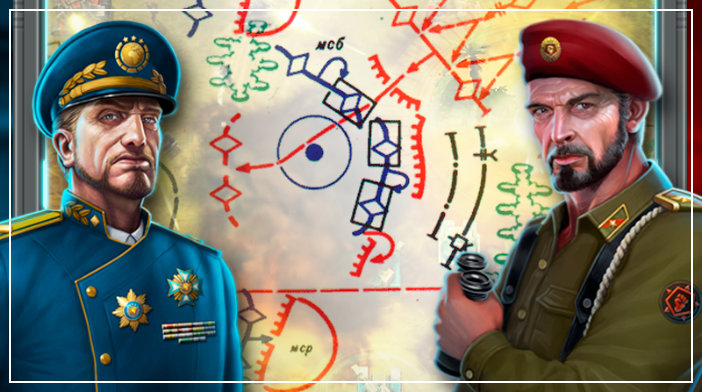 Besides AoW3’s monetization problems, we must applaud Gear Box on all other successful aspects of the game. So few developers out there managed to solve all those problems of porting real-time strategy games to mobile platforms, but they did it. This game functions beautifully, with full action and fast pace of combat on PC games of the genre, like Command & Conquer: Generals for instance. While monetization did ruin the late game for free-to-play players, as you can’t compete with people who play for packs, so does any other game that allows this. In truth, the 50+ PvE scenarios per faction are more than enough to enjoy this game without paying a dime!

Art of War 3 guides and TIPS 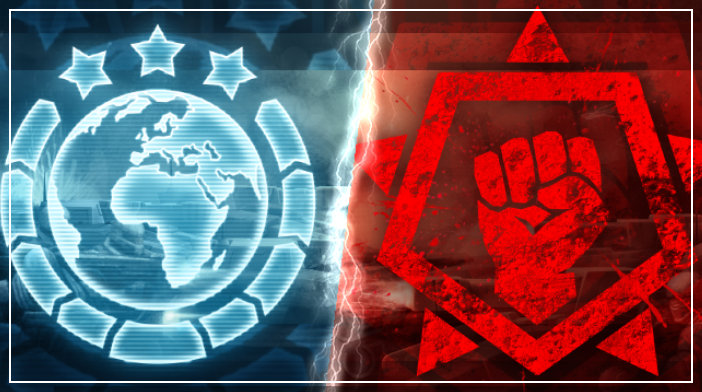 While we’ve covered the gameplay basics of the AoW 3: Global Conflict in the first part of this page, there are many questions frequently seen in the game’s community sources. We’ve tried to answer them to the best of our knowledge and the idea is to pull all the resources in a single place and make everything nice and convenient for players. Thus, we’ve gathered frequently asked questions about the game, and those are:

The best part of any real-time strategy game is its multiplayer gameplay mode and it is also the high point undoubtedly. Playing against real players tests one’s ability and skill, as opposed to playing against non-player controlled opponents i.e. NPCs. While playing the PvE campaign does reveal the entire story behind the game and enables us to appreciate all the units in a different light, playing against real live players cannot be beaten. Especially if you play against someone you know, your friends or co-workers, then it can be fun. Playing with friends, against or co-op, is done quite easily. Whether or not you have that specific person in your friends list is irrelevant. The only thing you need is to message each other or to otherwise see their name in-game. Just tap the name and “Call to battle” option will appear.

How to get command points?

Command points are used in training your troops. Anyone of your troops requires a certain number of command points (CP). Some cost less, some more. For instance, infantry units usually cost 1 CP, while the Hammer costs 2 CP, and so on. Cp is mainly produces at your Headquarters. Level 1 Headquarters building produces 20 command points, but upgrading it will increase this production number, which is what makes it so important to do so. Level 2 Headquarters yields 40 command points, Level 3 yields 60 CP, and Level 4 yields 80 CP. That’s not counting any other upgrades.

How to get stars?

Stars are awarded for completing missions and other various gameplay modes in AoW3: Global Conflict. Each mission has its specific requirement to get a specific number of stars. For instance, the first mission requires you to dial 40 scores to get 3 stars, while the second one already increases the number of score dials to 90. In simple terms, you need to do a good job and do all objectives to score more stars.

AoW3 features several gameplay modes, besides the usual real-time single-player or multiplayer combat. Among others there are Tournaments. To participate in Tournaments, you must attain rank 7 of Major Grade I. Some types of Tournaments include the “Behind the Wall” tournament, where the goal is to destroy the enemy base, but the map and the rules are a bit different than usual. There are also time-limited Tournaments Gear Games dish out occasionally, like the “Searching the Nautilus” or others. Tournaments feature their ranking system and are one of the most playable modes.

Defensive structures play a crucial role in AoW3 and are probably much more important than in any other strategy game. Towers are buildings with their firepower, but they take up space, require energy to operate, and cost resources to build. However, the good thing, besides the firepower, is that Defense Towers add to your CP (command points). Air Defense serves as a deterrence factor for enemy fighters and tactical bombers. They are highly effective when combined with “Air-raid warning” Boost. Air Defense Towers can also be upgraded with:

However, they are stationary, so it is always a gambit to build them or not, because you do spend resources and valuable time, and a cunning opponent can find numerous ways of going around your base defenses, rather than dealing with it. This is why it is important to place them strategically, to get the most out of them. One way is to find a superior position if the terrain on the map allows it. The other is to scatter your turrets around to support your units.

How to play offline?

One of the frequently asked questions in many AoW3 community sources is “Can Art of War 3 be played offline?” The sad news is – No. You can’t play any part of the game offline, not even the single-player campaign. You play through your Google Play and AoW3 registered account, so you need to log in every time you play.