Bleach: Brave Souls is an anime action RPG that has already got quite a mileage on mobile devices, for the game did come out a couple of years ago, but it has withstood the test of time and it is very much alive today. We’ve decided to dedicate this page to the game with an in-depth review in the first part and guides in the second part. We’ve scoured most of the community sources for Bleach: Brave Souls, Reddit, forums, and other sources, and have come up with guides, best characters, and tips that are most sought after. 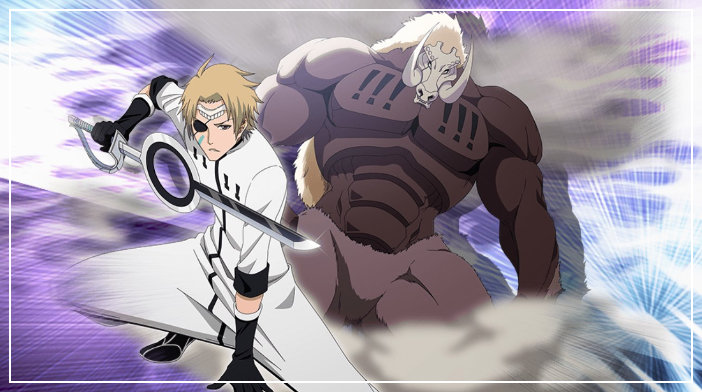 Bleach: Brave Souls initially targeted the audience of the critically acclaimed anime Bleach, the TV series that won over audiences worldwide in the early ‘00s. The original series ran from 2004 to 2012, with 366 episodes, and the storyline and the characters included in it are the same ones in this game. It was developed and published both by KLab Games in 2015 in Japan and 2015 worldwide, a few years after the TV show ended. However, the Bleach phenomenon was still very strong and the game drew on that to immediately reach worldwide success, both critically and commercially.

On Google Play, BBS – 3D Action Android has a stunning 4.4-star score out of over 200k votes, with over 5 million installs and an incredibly large player base. The situation is similar on the iTunes App Store. BBS – 3D Action iOS has 4.5 stars from around 10k ratings and it is an equally popular gaming choice for fans worldwide.

Drawing from the source material for the characters and storyline, Bleach: Brave Souls however had to make up its gameplay from scratch… 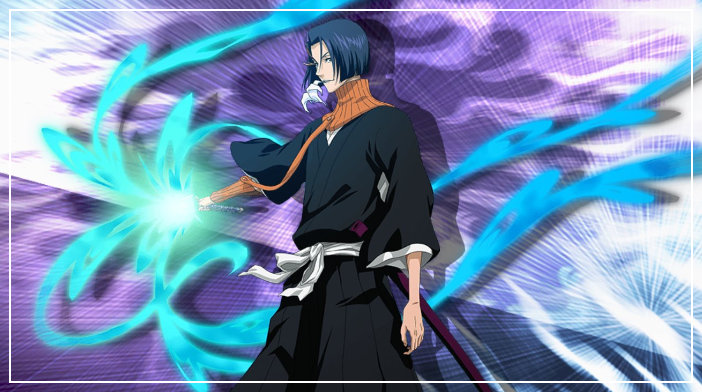 Drawing from the source material for the characters and storyline, Bleach: Brave Souls however had to make up its gameplay from scratch. This is why building this game as a 3D experience is so important and it is such a good choice in our opinion for nothing represents this Anime’s best characters better than 3D animation and 3D environments. It’s pretty basic though, for it was developed in 2015, but it is still quite impressive in the way it feels and how it transfers that anime world onto the players.

Pairing the brilliant storyline, lore, and humor from the Bleach anime with cool gameplay, this game throws the player right in the thick of it, spending as little time outside of the action as possible… 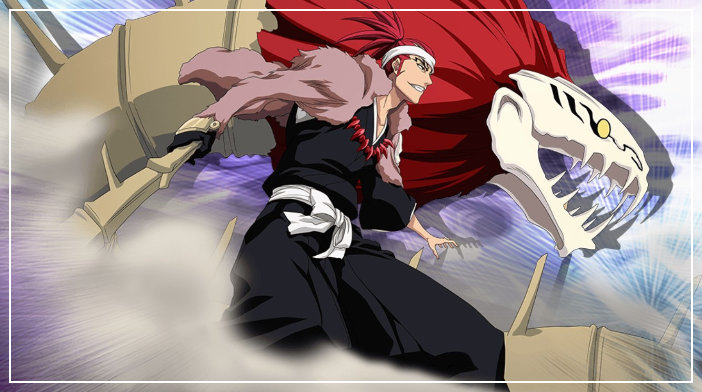 The game came out at a point in time when all these mobile gaming genres were only just forming and were not exactly defined as they are today. This is why it has plenty of different gameplay elements in it, despite that it is an anime action RPG in its base. Firstly, this game uses all the hero collector hallmarks, with popular characters from the anime being present here as well, like Ichigo Kurosaki, the title character, who is a substitute soul reaper and the protector of all.

Pairing the brilliant storyline, lore, and humor from the Bleach anime with cool gameplay, this game throws the player right in the thick of it, spending as little time outside of the action as possible. You control your character through various levels, fighting enemies and bosses, which include villains from the show and some new ones. The characters progress and develop abilities that mirror the source material nicely. Outside of combat, this game offers a basic hero collector RPG interface, with only a few features, like the Summoning shop, Co-Op, Battle, Story, and some other interface sections. And, like it is now a tradition in hero collectors, here you also summon or “pull” as it is now called, with 1x or 10x summons and all that stuff.

Animations and textures are pretty basic since this is so long ago, but it holds up today nicely… 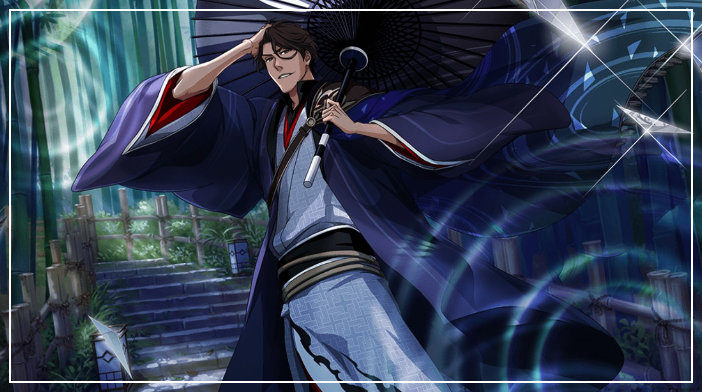 As mentioned, BBS is pretty advanced for its time, with its 3D characters, environment, and physics very much ahead. Animations and textures are pretty basic since this is so long ago, but it holds up today nicely, especially because it mirrors the anime show’s source material so nicely that it feels like a natural extension of it. Outside of the stages, the players are also presented with wonderful anime art character portraits and other cool stuff.

It can be played on virtually any mobile device today… 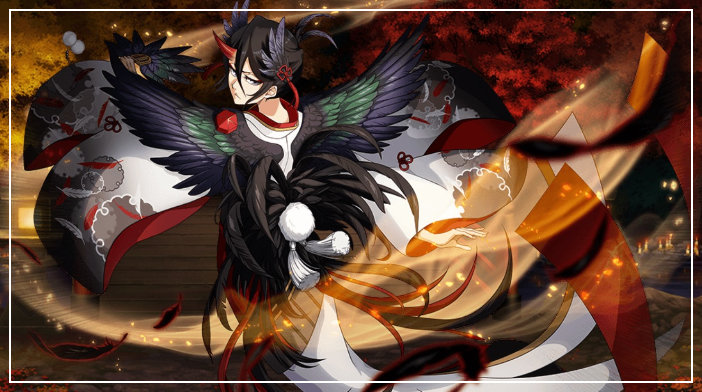 Despite this being a full 3D experience and very much ahead of its time, this is not a demanding game. Given the fact that it came out originally in 2015, it can be played on virtually any mobile device today, providing you have a compatible operating system. You will require Android 4.1 and up or iOS 9.0 and up. The game was also quite a hefty download back in the day, but it shouldn’t pose any difficulty today with most phones having ample storage space. 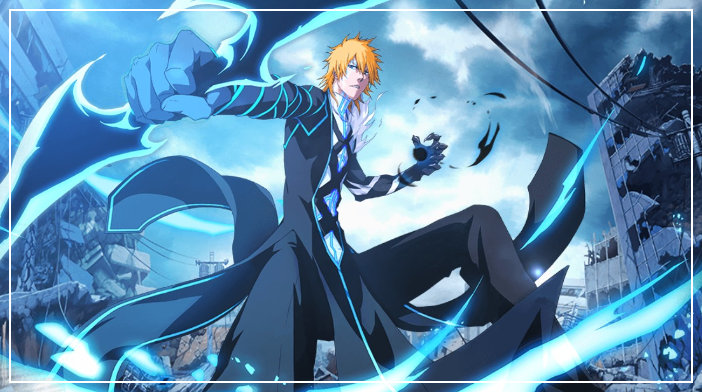 Being a kind of an oldie also gives certain advantages in terms of microtransactions. Sure, they were very much a thing in 2015, but not that much as they are today. With that said, this game has nothing even remotely close to a paywall. However, you may spend real money on it to purchase some in-game stuff, like Spirit Orbs or top-up packs. Prices range from $0.99 to $79.99, while the game is completely free to download and play on both Android and iOS.

KLab Inc. knew exactly what they were doing and they did it right. Undoubtedly still worth playing in 2020 and it will be for a long time… 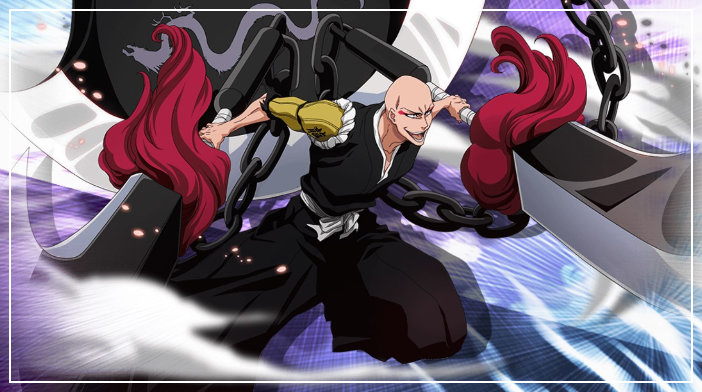 When Bleach anime ended in 2013, it was a very satisfactory ending of an era of what will forever define the ‘00s anime. However, many fans were now disappointed and were asking for more Bleach-related stuff. This is why BBS was received so positively, for it answered the needs of the fans and mirrored the source material in just the right way. KLab Inc. knew exactly what they were doing and they did it right. Undoubtedly still worth playing in 2020 and it will be for a long time! 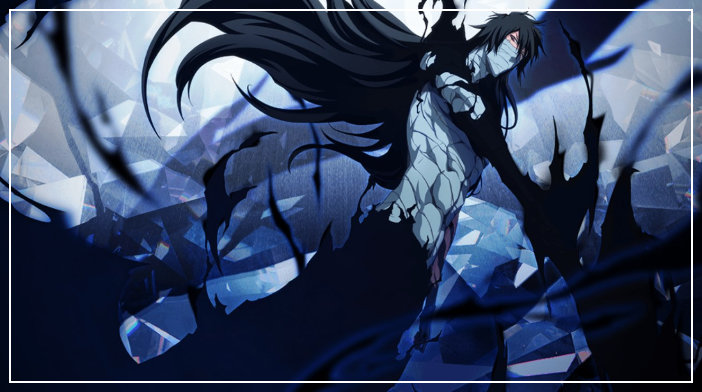 With each new anniversary, Bleach: Brave Souls keeps getting better and expanded, and the game’s community stands strong and healthy for almost half a decade. We’ve scoured the usual channels, like Reddit, to examine best characters lists, stats, attributes, recommendations, and to put the most important things all in one place. We’ve gathered frequently asked questions from the game and answered them to the best of our ability, and those are:

How to get Hogyoku’s will?

Hogyoku’s Will is necessary to get your character from 150 to 200. Stats and attributes boosted are insanely useful and good, although it is the same for all characters. Luckily, farming Hogyoku’s Will is not difficult at all. Firstly, they drop from raids in events, but they only drop from the boss with a reported 0.5% to 1% drop chance. We also learned from various Reddit sources that Hogyoku’s Will has a 2% drop chance from the Joule training ground, but the figures are not confirmed. However, most players agree that you can get most of them just from friends. Active friends will award friend points, so keep a regularly updated friend list with people who are active and you’re a winner.

How to get familiars?

Familiars are equipped from the inventory. Just tap the characters and then familiars tab. This is also where you go to upgrade them, while familiars in general drop from all kinds of sources. Upgrading them is the real challenge, for you’ll need to do epic raids. Some familiars are unlockable and you do need to improve the soul tree.

How to get special move sources?

How to get the Tenshintai accessory?

Tenshintai is one of the most sought-after accessories in the game. Accessories are very important for your characters and you should always match attributes of an accessory with the attributes on the character you are using it with, because this will double the bonuses. Tenshintai accessory gives you a bonus to special effects, but it doesn’t affect strong attacks. Higher-level accessories with higher rarity are gotten when you fuse more of the low-level ones. Fusing 4-star can yield Tenshintai with a random color, but red or green Tenshintai is only available as a 4 or 5-star.

How to get accessories?

As mentioned for Tenshintai, all accessories are crucial for your best characters. Basic accessories, with 1 to 3 stars, affect five main stats of that particular character and can come in all attribute colors and can be found from various sources in the game. Fusion accessories range from 2 to 4 stars and they can only be created by fusing more of the lower level accessories or through the gacha mechanic (pulling). To fuse you need to use two max level 2-star accessories to get one 3-star accessory. This can be a lengthy process and the accessory you get will have random color and type unless you utilize the immutable ball. These will make the process easier and allow you to fuse accessories and increase rarity but to keep their color and type. To get a 5-star accessory, you need to max out the level on your 4-star accessory and then spend 1 Book of Secrets and 10 Evolution Powder.

Like in so many other hero collectors, evolving characters requires you to max out on their current level to progress further. You need to max out a character’s Soul Tree, which is when all the numbers are green. Once you are there, just tap the character and you will need to pay 3 Hogyoku’s Will for most of them, except for Frenzy characters and Brave Metal who need 5 Hogyoku’s.

Ascending is getting characters to 6 stars. Characters that can ascend to 6 stars are limited, and, currently, they are Byakuya, Red Kenpachi, Bankai Ichigo, Sajin, and several more to a total of around 10 at this point in the game. For Ascending, like for previous evolution, you need 3 Hogyoku’s Will and to max out one of the characters that can Ascend. From then on, it is a simple process like evolution.

How to get medals?

You can do various things award for medals, like daily log in and Brave Battles. Also, ranking up high every week will award 100 or more. The Rare Medal shop provides a lot of cool stuff to buy, so your Rare Medals are highly sought after and are awarded for PvP match wins. You need to do a minimum of 5 PvP battles a day or more to stay relevant and earn some at the end of the week.

How to use transcendence points?

Transcendence is, simply put, just increasing a given character’s base stats. It is another way of evolving a character and it is crucial to building your play style. It helps differentiate characters further from each other and helps game diversity. Even though most of the guides found online on Reddit and YouTube advise a certain path to transcend certain characters, you should follow your plan and do what fits best with your best characters’ stats and attributes. When transcending, your characters’ special move level will affect the process. When you’ve unlocked all 5 special move levels in a particular character, you will then have access to the extra stat boost slot and there you use transcendence points. Just tap your character, tap Abilities, and if you have access to the Extra Stat Boost Lottery, tap it. There you can use Transcendence Points or the same character to roll to another stat.