I never learned bowling and I’ve never mustered the courage to try. Well, this game might actually make me do it because if real bowling is anywhere like this, it is fun. Bowling Crew is, in its essence, a 1vs1 fun and competitive simple game, which I imagine real bowling is like too.

Of course, some gameplay moments are added, with ball stats, calculating trajectory, and other features real bowling also includes, just in a different way. The thing I liked the most is how the game actually makes you shoot the ball in an artistic long straight swipe as if you were emulating the real move. But, more about that, and other game’s features, in this in-depth review, followed by a short guide section.

The game enjoys high praise and critical success already. It was downloaded over 5 million times off of Google Play and Android users rated it with 4.6 stars on average, from over 115 thousand votes at this time… 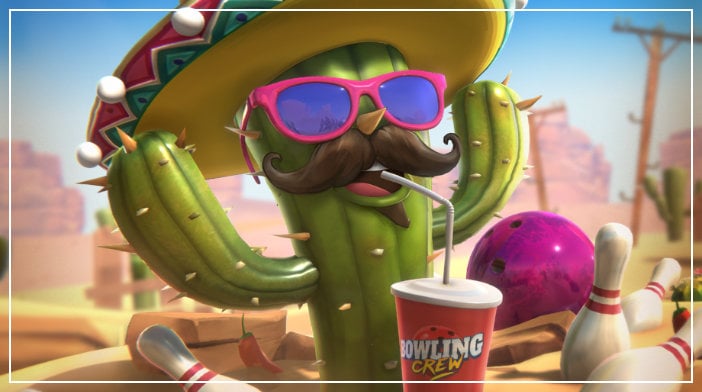 Bowling Crew is developed and published by a studio called Wargaming Group. Aptly named, some of the other titles they are offering on the stores are World of Tanks Blitz MMO, World of Warships Blitz: Gunship Action War Game, and World of Tanks Assistant. How bowling fits into their war game portfolio is beyond me. Unless, of course, they love making competitive games…

The game enjoys high praise and critical success already. It was downloaded over 5 million times off of Google Play and Android users rated it with 4.6 stars on average, from over 115 thousand votes at this time. On the iTunes App Store, the game has an even better 4.8-star score out of over 13k ratings, and it is praised as much. 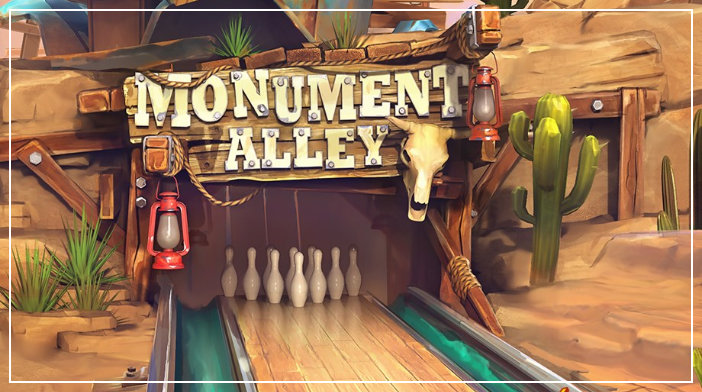 And, in Bowling Crew, it is all about the competition. This game brings 1VS1, sheer, pure, old school, simple fun, and excitement. It is, of course, played online and there is a matchmaking-ranking system. The competitive atmosphere is further enhanced by different bowling alleys and many more features, as players upgrade their best balls and clash with friends all over the world.

As one might imagine, bowling is at the heart of this game. And, there aren’t any other modes… 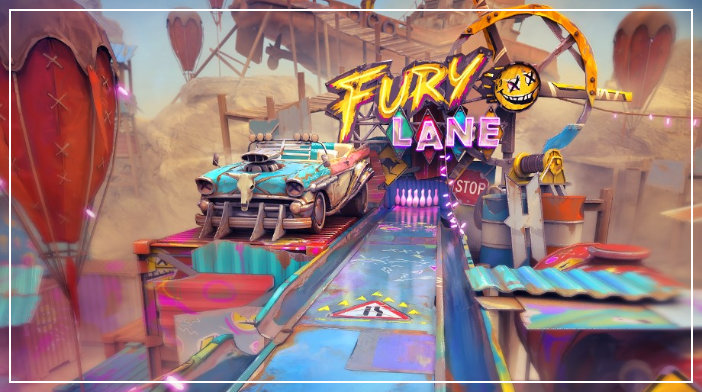 As one might imagine, bowling is at the heart of this game. And, there aren’t any other modes. However, as you progress, you do switch bowling alleys. Many are more challenging, set up pins in a different way, and more. The first bowling alley presented to the players is called Jack Rabbit Pins, which belongs to the Jack Rabbit restaurant chain that the fans of Quentin Tarantino’s work will recognize from his movie Pulp Fiction.

It has the classic vintage cars refurbished to serve as dining booths. The second alley takes us to a dock called Skipper’s Hook, the third to Hell’s Balls, and so on. Each has its own features and challenges, but the real prize are the balls.

Each player has its own Arsenal and you get 6 beginner balls at the start. As you progress, you unlock different balls, all with unique names (like Thor, Ahoy, Ace of Spades…) and all sorted into different roles. Ball roles are:

As you might already sense, power balls have the best braking power. Bounce balls bounce off of pins and also knock pins around, which is necessary for some tricky shots. And, precise balls are, well, really precise. But, besides that, balls also have stats, which you improve by leveling up balls, and those are:

Balls for different roles have some stats stronger and some weaker, but as mentioned, they do level up, which brings me to in-game rewards. As you progress, from chests and rewards, you will get bowling ball cards, of which you need to collect a certain number for a ball to be eligible to be upgraded. Then, you need to pay for the upgrade wit Chips, the basic in-game currency, and your stats will improve.

You earn or lose your ranks depending on your chips, which depend on your success in matches, but to play a match, both you and your opponent invest chips. The Jack Rabbit Pins requires 100 per player per game, Skipper’s Hook 400, and so on. The stakes increase but the reward and the challenge increase also.

When you are in the game, the rules are exactly the same as in normal bowling. Each player takes a turn, which lasts depending on your success. Knocking down all pins, splitting them, missing all, it is all counted as in real bowling. I particularly like the aiming and tossing mechanic, which actually emulates real throwing, sort of.

When it is your turn, you are presented with 3 balls from your arsenal (the order you set up yourself). Then you take aim, which depends on multiple factors. You tap and hold the ball and pull gently towards yourself to wind it up. But, a pointer also swivels left and right to indicate if you are going for a straight or a curved position. This is where the magic begins.

Depending on your ball’s stats, the power of your swing, and the positioning of your auto-moving curve indicator at the time you make the shot are all shaping it. Also, to make the best, straight shots in Bowling Crew, you need to swipe the finger holding the ball really straight, which I found is easiest if I just swipe up the whole screen as if I was throwing a real ball with my finger. I like this detail, very cool

It is a highly polished up game, with models and environments really good-looking… 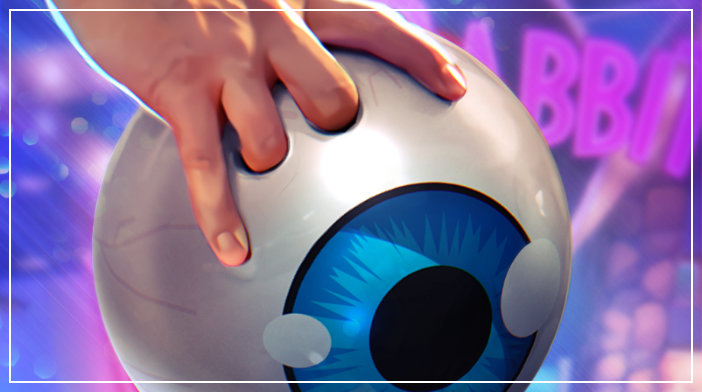 Bowling Crew looks and feels amazing. It is a highly polished up game, with models and environments really good-looking. Of course, the models are the balls, which look amazing. Each ball has its own stunning design, impressive coloring, and its own name as I mentioned. There is a bowling ball named Thor, which is blue and has white lightning all over it. There is a Dragon Ball, which has green dragon scales, and so on.

Despite its highly-advanced textures, graphics, lighting, and appearance in general, this is not a demanding game at all… 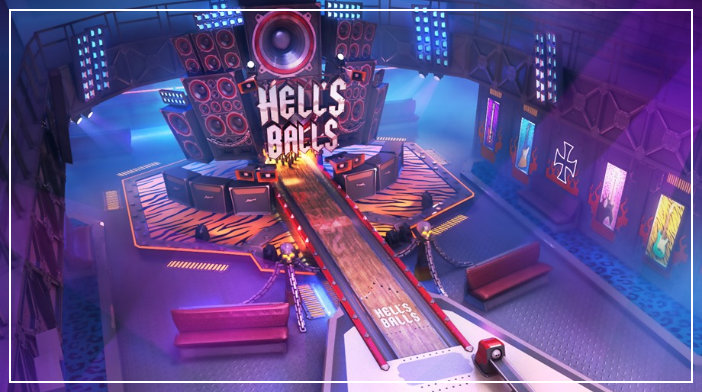 Despite its highly-advanced textures, graphics, lighting, and appearance in general, this is not a demanding game at all. I played it on a Smartphone with 3GB of RAM and an Adreno 505 GPU, which is well-below average today, and it runs perfectly and smoothly. The UI is also quite neat and tidy, without any ads or excess stuff, so any screen size is suited well enough.

This is a free to play game that has two basic in-game currencies but also has ball cards, golden bullets, and other special ones… 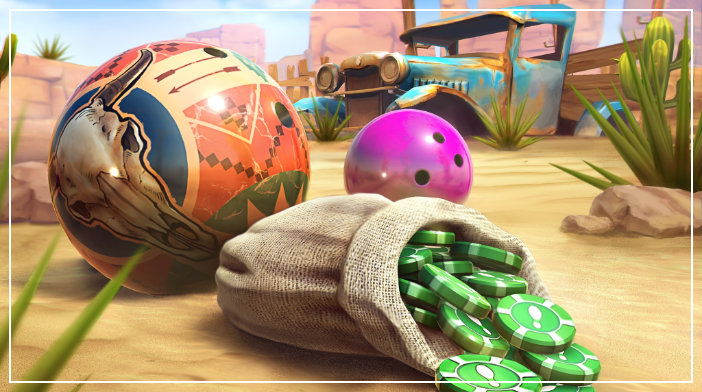 This is a free to play the game that has two basic in-game currencies but also has ball cards, golden bullets, and other special ones. One currency is Chips, which is really your bread and butter and the only thing you really need. However, you quickly reach long waiting times if you play for free. If you don’t mind this, it is fine.

But, each win awards you with a chest (with random rewards). To open the chest you need to either wait, and it lasts for 4 hours to open basic chests, or you can pay the premium in-game currency, Gold, to open it at once. The trouble is you only have 4 slots to store the chests waiting to be opened, so if you play and win more than that, your excess chests will go to waste.

Gold is earned slowly, as you might imagine, and microtransactions are mostly aimed at purchasing it. Top-ups and packs cost from $0.99 to $18.99, so it’s not that big of a deal.

The game is fun, competitive, but without being too stressful or unhealthy. It is just a plain old school duel game, made into a mobile game, and I highly recommend it… 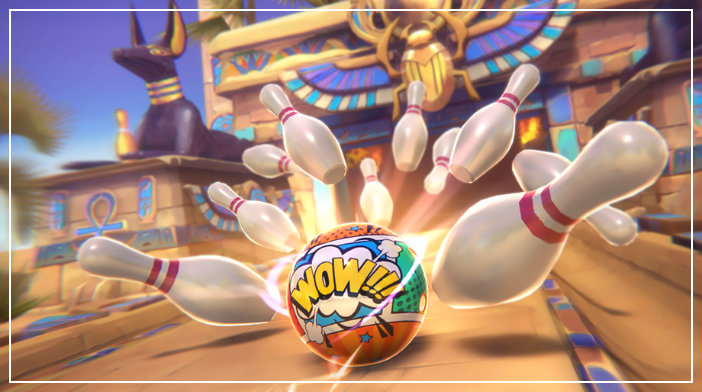 I must say, while playing I can’t help but remember the cult scene from The Big Lebowski movie, with John Torturo polishing his ball vigorously. That and the Pulp Fiction restaurant chain, Jack Rabbit Slim, really delighted me. It’s fun, competitive, but without being too stressful or unhealthy. It is just a plain old school duel game, made into a mobile game, and I highly recommend it!

The game is fun, competitive, but without being too stressful or unhealthy. It is just a plain old school duel game, made into a mobile game, and we highly recommend it... 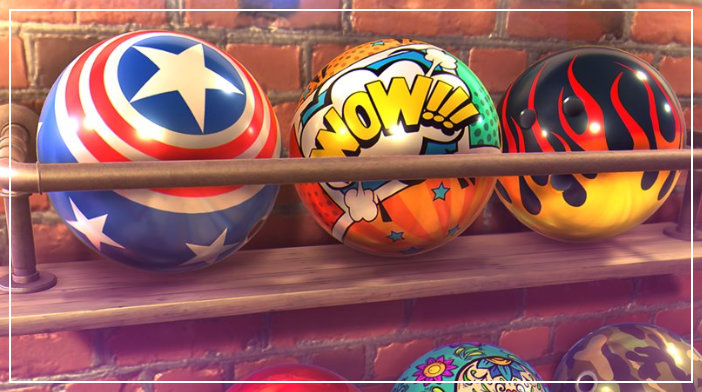 While I’ve described Bowling Crew as a simple, straight forward duel game with an old school vibe, it most certainly has a high skill cap. Especially when different, challenging, and unforeseen pin layouts come into play. Trust me your skill will be challenged and you will be hooked. While there is very little in the community about this game, no guides, and low on questions, I’ve only found one frequently asked question and I will be including it along with my guide to a perfect show for the right type of pins.

How to play with Friends?

Well, if you register your account by using your Facebook account, you will be given access to any and all friends from your Facebook, which play Bowling Crew. Just go to the League Tab and switch it to Friends. You will see your friends and a big Invite button you need to tap. Both you and your friend get a bonus case for playing a duel, so it’s lucrative and fun.

How to line up the perfect shot?

If your pins are lined up in the usual way, just a flat triangle formation with its top angle aimed at you, you will need some serious firepower to break through it. For this, you should use the most powerful balls you have and aim them at the pin which is the closest to you. You can also experiment with some angles, depending on the weight of your ball, but the closest pin is the one that needs to be the first one to get hit.

If the pins are lined up on the side, where a side angle from the triangle formation is pointed at you, this can be tricky to break. Pins are heavy and they do absorb and redirect force, which you can use to your advantage or it can entirely ruin your shot. With this pin layout, you can try to hit the second line of pins, not the closest one to you, but the one directly behind it that you can see. But, also try to at least touch the first one and you try to make a curved shot towards the center of the triangle.

Use your best balls for these and any other tricky shots and pin lineups. Bounce is good, but only if you need to try and do a cluster shot, which means you are going for some bouncing off the wall or split pin shots. They can’t break through the usual triangle formation at all.

The game is fun, competitive, but without being too stressful or unhealthy. It is just a plain old school duel game, made into a mobile game, and we highly recommend it...