Finally, our beloved comic book characters have arrived in a Marvel MOBA video game. Marvel Super War is the first title that features such a wide roster of the popular characters from the brand. Initially, of course, the pallet dominated by the more popular characters that also transitioned to movies, but as time goes by there are more of them and MSW is starting to look like what it was meant to be – the ultimate tribute to the Marvel comic book world. And, the game is also praised for being truthful to the source material, which is a recipe for success. 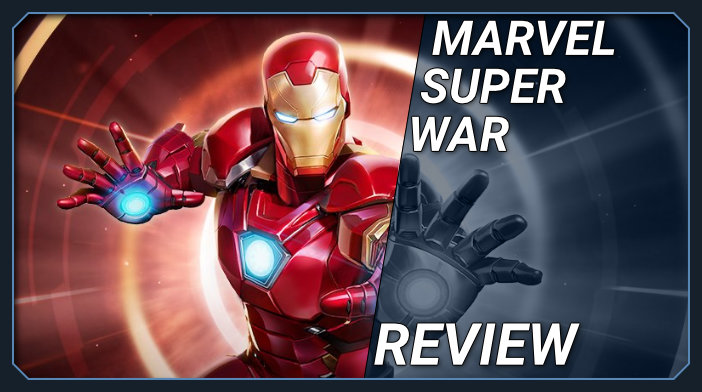 Marvel Super War was both developed and published by NetEase, the acclaimed Chinese company that delves into many IT branches. The company has brought us such games as the Westward Journey series, and Rules of Survival, while they are also partnered with Blizzard, working on some of their more popular titles like WoW, Hearthstone, and more.

They dished out Marvel Super War as a strictly mobile game, for both Android and iOS devices of course, and the game was released on December 19, 2019. It has held several beta testing phases before that and by incorporating player feedback, the result was very positive. On Google Play, MSW has a 4.1-star score out of over 130k votes, while on the iTunes App Store, the iOS version has 4.0 stars out of several thousand ratings, and it is #6 in strategy, although that is not perhaps the most precise genre description. 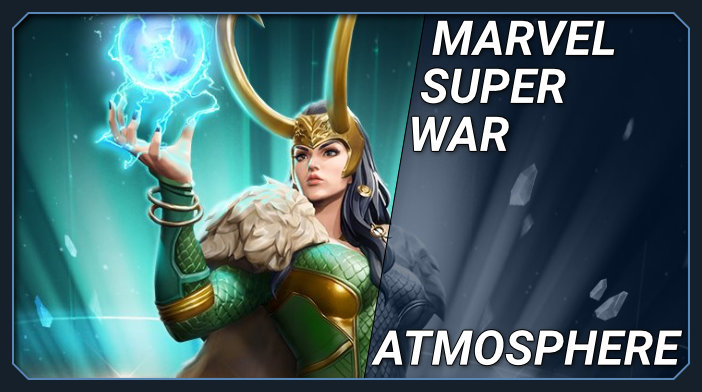 The main atmospheric element in MOBA games is, of course, the competitive nature of multiplayer online play. The genre itself is called Multiplayer Online Battle Arena, and this Marvel MOBA is no diferent. There is something incredibly engaging about 10 players being thrust on a single map, big or small, two teams of 5, and the way the battle unravels. The genre rose to fame with DOTA map made for Warcraft 3, made in the early ‘00s, and it’s been around ever since. In this game, things are of course improved by adding our favorite comic book characters in, which is a recipe for success.

Marvel characters are designed according to their respective comic book versions, with their powers and looks to match… 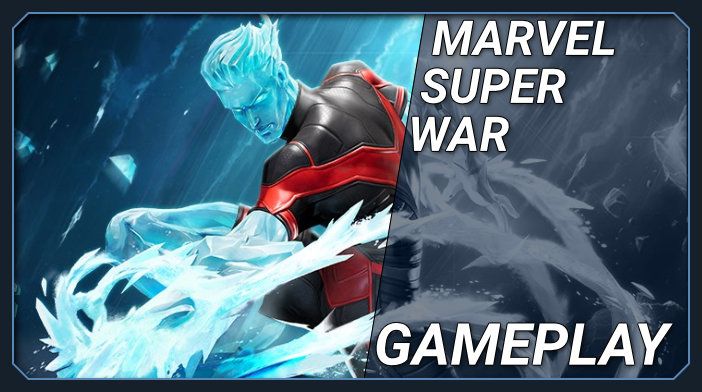 All the hallmarks of the MOBA gameplay design are present, with some small variations on the subject. As mentioned, the base game mode sees 10 players face off in 5v5 setup, with each having a Marvel comic book hero to control. In this Marvel MOBA, there are three lanes, minions, towers, and buildings, with unavoidable jungle action and many other features taken from proven recipes like League of Legends, DOTA, and similar games. This competitive online multiplayer set up allows players to not only compete in their skills but also to make their team as balanced and well-composed as it can be.

Names like Deadpool, Black Widow, Magneto, the Hulk, Star-Lord, Captain Marvel, Ice Man, and others are just the tip of the iceberg, as this is probably the first time the entire Marvel universe is included in a single title (since The old school Marvel Ultimate Alliance games that is). As with all MOBAs, some heroes will be open for everyone, some will have to be unlocked (or bought). The game follows the fast-paced setting of mobile gaming platforms, meaning the matches will be short, around 15 minutes on average or less.

The best part about it is that Marvel characters are designed according to their respective comic book versions, with their powers and looks to match. The game utilizes microtransactions mostly for cosmetics, which naturally follow original costumes for both heroes and villains, but also some new ones. However, some heroes also need to be unlocked to play them. 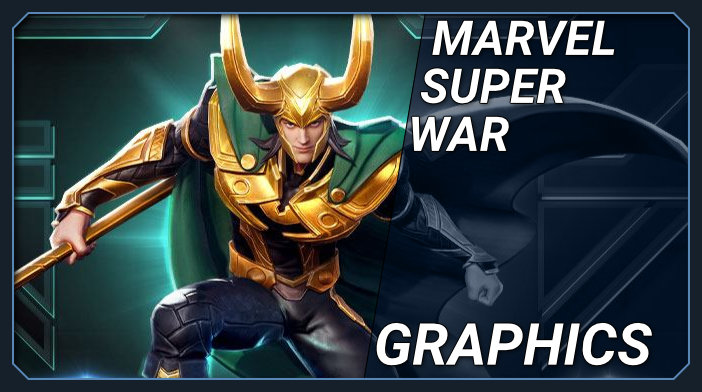 At first glance, Marvel Super War looks very fresh in terms of graphics, textures, and visual capability. The game is recent and it is natural it will look better than some other from the genre, but competitive 5v5 arena games also need to go somewhat modest on graphics and modeling to make the gameplay smooth. MOBA games are often made with constrained visuals because the priority is performance, smooth run, and precise response times. With that said, MSW is right at the border between a good looking game and a functional one.

MSW is playable on much older phones than 2019… 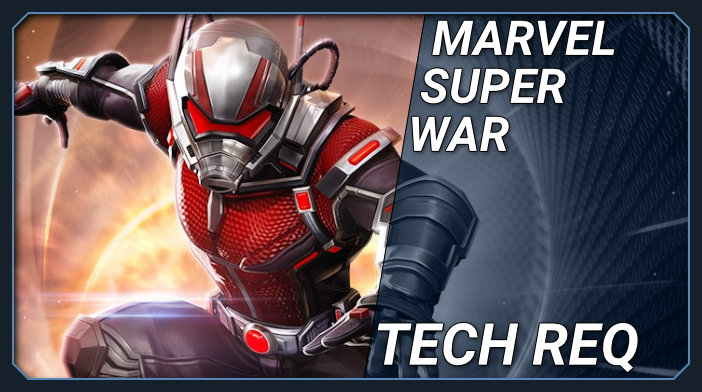 These mentioned visual constraints also enable the game to be played on a wider scope of devices, and this mobile game is thus playable on much older phones than 2019. It is more a question of display size and battery life than the need to have a better CPU and GPU. Since both your thumbs need to be on the screen all the time presumably, if you do not use controllers, then you should play it on a display touchscreen of 6 inches or more. Also, this hand position often covers the speaker on some devices, so for the full effect, you might need a gaming Smartphone, designed just for this sort of stuff, like the Asus ROG phone 2 for instance. 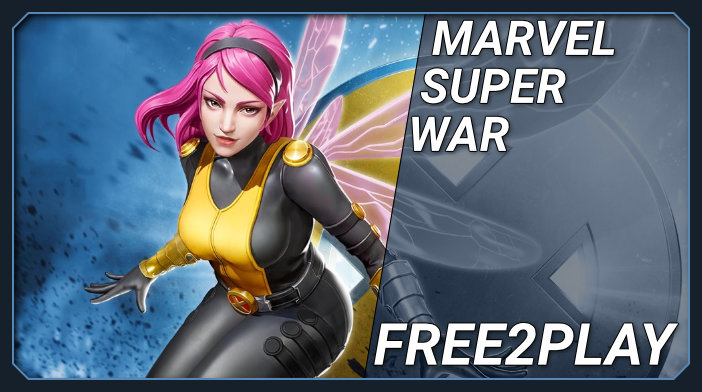 It features several dozen characters and the roster is growing constantly. Most of the comic book heroes are free and unlocked by default, but some require unlocking. Thus this game features currencies you need to accumulate to do so. To purchase a character, you can either pay with Coins, which is the base in-game currency so they will cost a lot of it, or you can do so with the premium currency which is bought for real money. Some characters, like Thanos, might require a lot of farming and accumulating resources, so it can sometimes be a drag.

The game has the addictive competitive extravaganza of MOBA play. 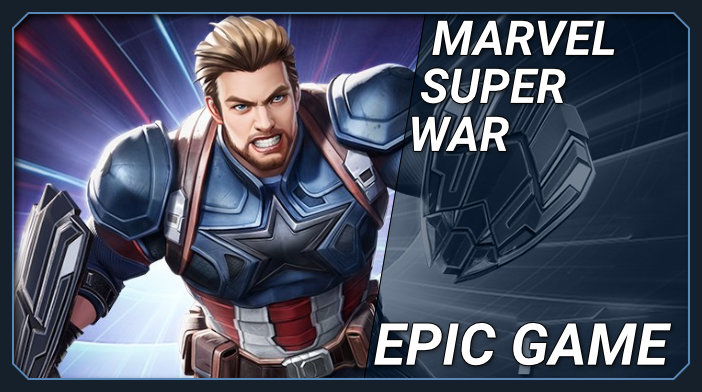 The game is an instant hit, hitting all the celebrated MOBA high points and adding a faithful representation of Marvel comic book characters into the mix. Featuring an ever-expanding roster of heroes and villains, the game has certainly become a fan-favorite and it intends of staying that way. This game is cleverly designed, well-made, adapted to a wide array of mobile devices, and has the addictive competitive extravaganza of MOBA play. In short, it is already an acclaimed title, and the only thing the fans might find wrong with it is the monetization constraints. 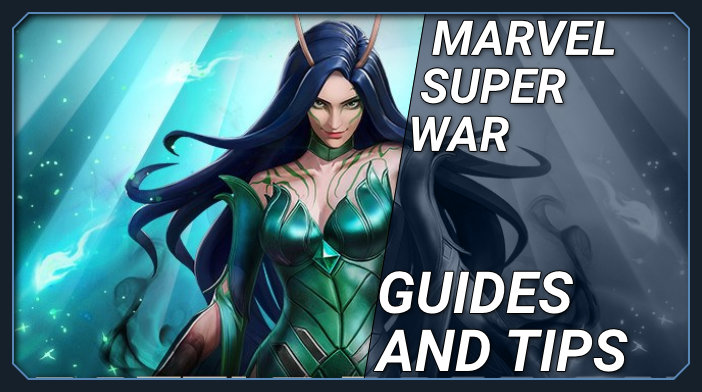 The second part of our page is dedicated to guides and tips. We’ve comprised guides for most of the commonly asked questions we found on the web, mostly among the Reddit community. And, we also produce our tier lists updated regularly to keep up with the patches and new heroes. The most commonly asked questions revolve around how to get Thanos, how to get coins and other in-game resources, and how to change the server? We’ve also gone over some other in-game stuff and explained several control schemes players can utilize to improve their mobile MOBA skills.

How to get Thanos?

Thanos is a rare hero and quite powerful at that. According to online sources, he is currently amongst the most sought after heroes in MSW. Thanos is unlocked in the Museum, which is located in the shop menu. You will need Dark Shards (x40) to unlock Thanos, and if you are new to this, just follow the instructions below:

Thanos is a fighter hero with an estimated difficulty set to Extreme. This means his skill cap is quite high, but he also awards high yield if he is played properly, which is why he is so popular right from the start. His abilities mirror those from the source material, comics, and movies, and revolve around his own Titan power, as well as the power the Infinity Gauntlet gives him.

How to get coins and other in-game resources?

Unlocking heroes is an important feature but so is their appearance for many of the fans. Obtaining cosmetic items can be done in a number of ways. In fact, there is a level difference in various skins and high-level skins will require Bright Crystal resources. Currently, there are several ways in which you can earn in-game currencies that you can spend on various interesting things and use to purchase heroes…

How to get Storm?

Following and completing events as much as you can is very important, as it is one of the key things to build up your Hero collection. Event quests reward precious currencies needed for more rare heroes, but the events themselves are often a part of a bigger picture. Thus, Storm is awarded to the player who completes all the quests under the event called Gauntlet, which is for beginners and is pretty easy to go through.

How to change characters?

Changing the displayed character on the home screen is a question people often ask. And, unfortunately, so far it is not possible to do so. Some people are speculating this will change after the game’s full release, but it is as of yet unknown. However, since this is only a cosmetic thing and not really affecting any aspect of the gameplay, one might get around this.

Tap the Star Credit currency in the top right corner