You’ve probably noticed cute and colorful Ironhide Games Studio’s Kingdom Rush series – a fantasy tower-defense game first released in 2011. The series is highly popular and had over 70 million players and three more sequels. Kingdom Rush: Frontiers was out in 2013 and Kingdom Rush: Origins in 2014. The latest Kingdom Rush: Vengeance was released in November last year for iOS and Android devices and now it is time for the Subaquatic Menace update.

Unlike other Kingdom Rush games, Vengeance gives you an opportunity to play the villain Vez’nan who is a very powerful wizard on his way to conquer the land with his dark army. All the favorite horror and fantasy creatures are here like zombies, orcs, and goblins and you can use various of their special powers to defeat your opponents.

With Subaquatic Menace update, Kingdom Rush: Vengeance is getting new enemies and another war. The story continues after Vez’nan conquered Linirea and now the Big King Polyx refloated his subaquatic city so he can perform a ritual that will bring darkness upon the world. Of course, Vez’nan sees as a new opportunity to become stronger and so, another war is before us. 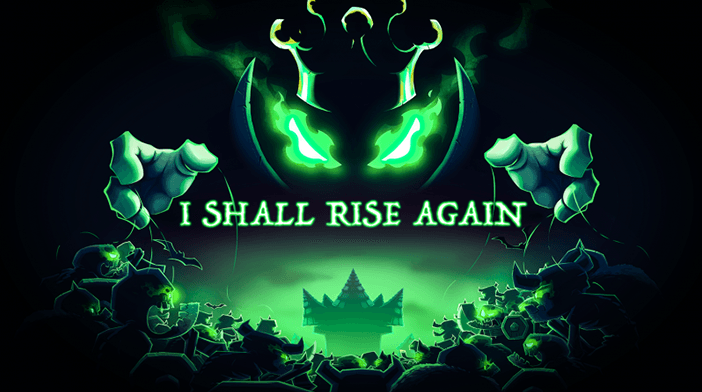 This game may not be original even though a villain of the series turned into the protagonist. However, it’s always interesting to play as a bad guy since while you fight against him, you always admire his weapons, forces, and skills. If you haven’t played Kingdom Rush before, you can give it a shot by downloading the first game which is currently free. Kingdom Rush: Frontiers and Kingdom Rush: Origins will cost you $1.99 and $2.99 respectively, while Kingdom Rush: Vengeance is a bit more and you will get it for $4.99.

Subaquatic Menace update will be released on February 28 for both iOS and Android where Kingdom Rush: Vengeance is already available. So, hurry along to get your copy before the update and enjoy in mischiefs of Dark Lord Vez’nan and his forces of darkness.