Sooner than we expected, FoxNext released a new update that will completely change the existing game balance. List of changes is big:

As you can see there is a lot of interesting new stuff but obviously the most important news is the introduction of new Heroes who will definitely have a great impact on the game itself. 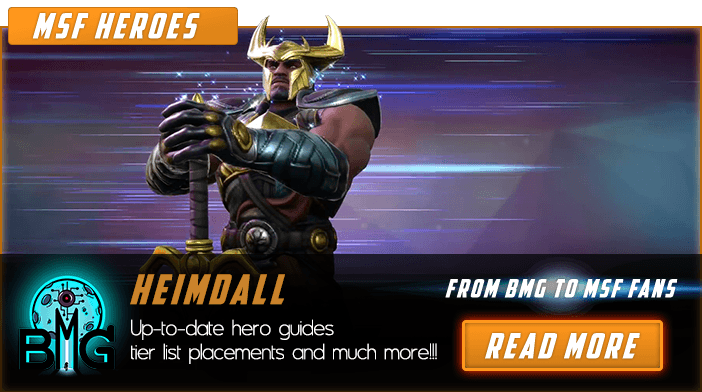 Sif is an Asgardian Protector who relies on a high Armor, Block Chance and Block Amount. She starts the battle with Deflect And Defense Up, and when she Taunts she receives up to 3 Counters. It seems that she will be very tough considering that she will basically block the first several attacks while under the effect of Defense Up but her HP Bar is not very huge and she does not have any protection against debuffs. On the other hand, her damage output is decent and constant which will be very helpful against already injured enemies who will be forced to attack her while she has Counters on herself. 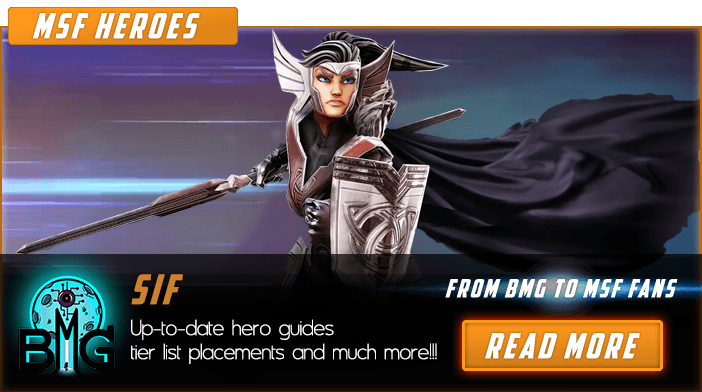 Black Bolt is an Inhuman Blaster whose only purpose is to counter Ultron skills. Obviously he is more than that, but his skill-set is made with just one idea – to end the rule of Ultron. His damage basic output is incredible, second only to Dark Phoenix and the enemies killed by him cannot be revived which is especially effective against Minn-Erva, Ultron and Scientist Supreme. At the top of that, he automatically applies Disrupt and clear up to 3 positive effects from a target who summoned minions. This practically means that Ultron will not receive buffs from his summons, therefore he will not get ability energy and he will not be able to use his special skill and ultimate whenever he wants (CD for Ultron special is 7 turns and CD for ultimate is 8 turns). Besides that, Black Bolt will automatically attack any target whose Health drops below 25% causing  200% Damage. Black Bolt is a Legendary character who will need 5 Asgardians at 5 stars (this information is not yet officially confirmed) for his Legendary event. 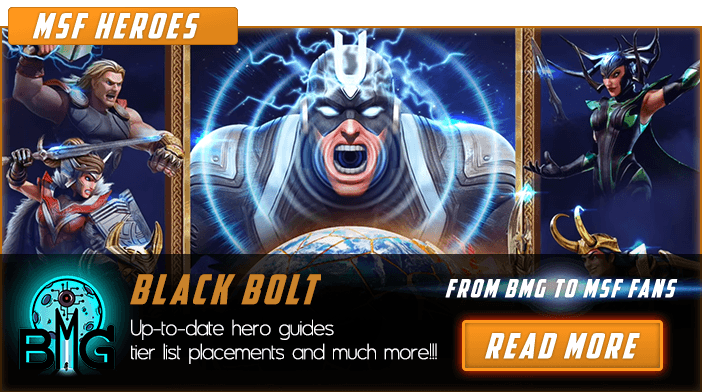 Yo-Yo is a powerful Inhuman Protector whose presence on the battlefield will be terrifying for anyone who opposes her. Unlike other Protectors, her Health Bar is mediocre at best, she does not have impenetrable Armor or high Block chance, she can not Taunt but she is very fast (140 Speed). She can dodge like Spider-Man or Vision and everyone who attacks her and her allies will be under the effect of Offense Down during the whole battle. Also, Yo-Yo applies Defense Up on all inhuman allies and non-minion S.H.I.E.L.D. allies at the start of combat and when their HP drops below 50% and she has a chance to apply Evade at the same time. I am still not sure if I understood the description of her passive skill correctly but the descriptions say that Yo-Yo will apply Offense Down and every enemy turn as long as there are no other Protectors in her team. I must say that this ability is one of the most powerful abilities in the game since it indicates that the whole enemy team will have their damage halved during the entire battle. Amazing, isn’t it! 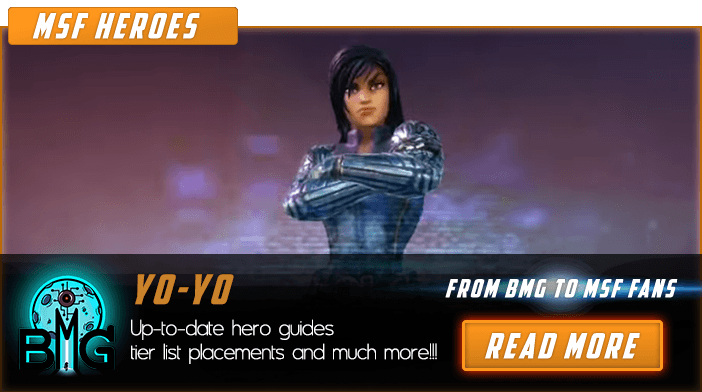 In my opinion, Asgardians will not be able to deal with any other premade team in the game unless in Alliance War Defense where they will be buffed. Even there they will be strong only against the Brotherhood of Mutants because of Heimdall’s passive but I am not sure if that will be enough for someone to decide to invest in them. However, if rumors are true and if they are needed for Black Bolt, everyone will have them strong enough and you will have to spend resources even if you don’t want to.

On the other hand, Black Bolt and Yo-Yo are insanely powerful and everyone will want to have them at MAX. However, it is still unclear which team will be built around them because at the moment they have synergy only with Nick Fury, Agent Coulson, Quake, Black Widow and Hawkeye. I think that both Yo-yo and Black Bolt will be part of the new Arena Meta team but I can’t predict who will be other members of that team since I am unable to use them yet.

All in all, FoxNext gave us a lot to think about and I am very glad they did.