Capture the wonder of your creativity

When it came out in July 2019, Honor 20 Pro was the most premium Honor Smartphone which has set the bar in several categories, mainly camera and design. Not that this model is lacking in any other department as it has incredibly strong Flagship-quality features all around and it is still premium quality in 2020. Of course, after we factor in that its price has dropped significantly, as is the perk of having such a strong competitive Smartphone market, this particular model becomes again a target of interest for many who want to own a premium Flagship of 2019 for what it currently sells for. And, currently, it goes for as low as around $330 bucks, which is the best part!

Unbeknownst to many, Honor is owned by Huawei Technologies… 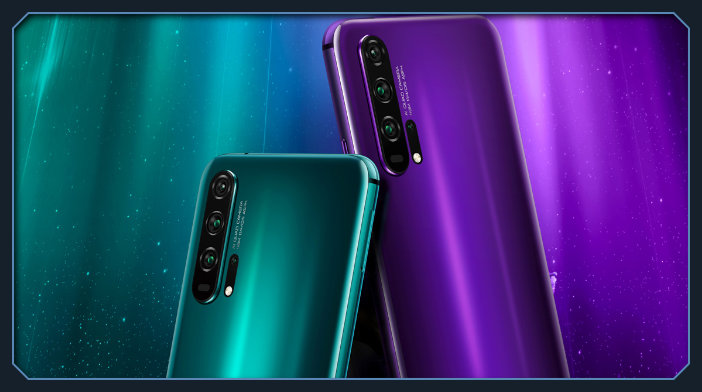 Unbeknownst to many, Honor is owned by Huawei Technologies, the renowned Chinese telecom company. Honor is specifically focused on e-technology and mobile devices and it is founded in 2013, with its headquarters also in China. The company has produced a couple of dozen Smartphones so far and they’ve gained a reputation for breaking the boundaries and setting the bar in categories. Their flagship phones usually have one if not more features that are above all other in the market, at the time of release, like RAM or camera capability. And, that was the case with Honor 20 Pro when it came out in July 2019. 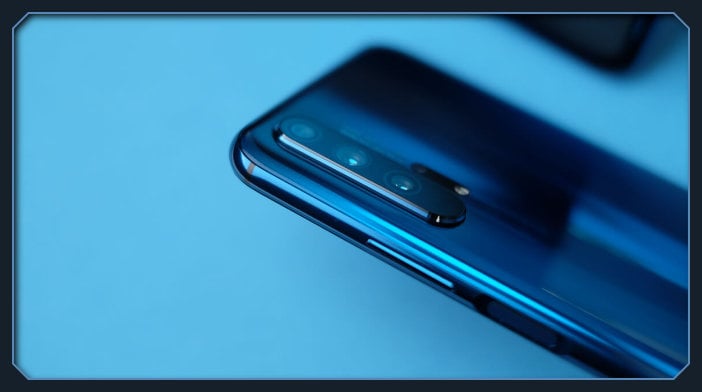 This is a beautiful looking device, slightly resembling Huawei Y models. The full dimensions of the Smartphone are 6.09 x 2.91 x 0.33 inches or 154.6 x 74 x 8.4 mm, while it weighs 6.42 oz or 182 g. This is pretty light regarding its size, but the entire device is just right, having a large screen, but not being too large for an average hand. It has a glass front and back, with an aluminum frame. The power button with an integrated fingerprint sensor and volume controls are on the standard right-hand side, while the backside holds the premium quad camera setup. The backside is made off of a 3-layer dynamic holographic glass which never looks the same every time you look at it. SIM tray is located at the left-hand side, and the bottom side holds the USB 2.0 Type-C port, microphone, and speaker. The top side holds the second microphone and the other speaker just on the edge. With its round edges and smooth glass design, this is one of the most slippery Smartphones in the market and it needs to have a casing for mobile gaming.

This Smartphone has a hole-punch design… 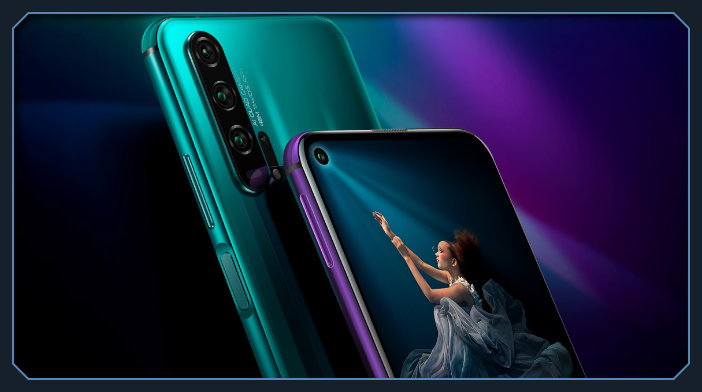 The front side of the device is approximately 84.1% covered in its 6.26-inch (96.2cm²) IPS LCD touchscreen. It has 1080 x 2340 pixels at an approximate 412 PPI density, and the standard 19.5:9 aspect ratio. Instead of the standard monolith block at the header of the screen, this Smartphone has the hole-punch design, in the top-left corner, and it comes with many background artworks that use it and enhance it in beautiful and genius ways.

This phone has the HiSilicon Kirin 980 (7nm), which is the world’s first 7nm Mobile AI Chipset ever… 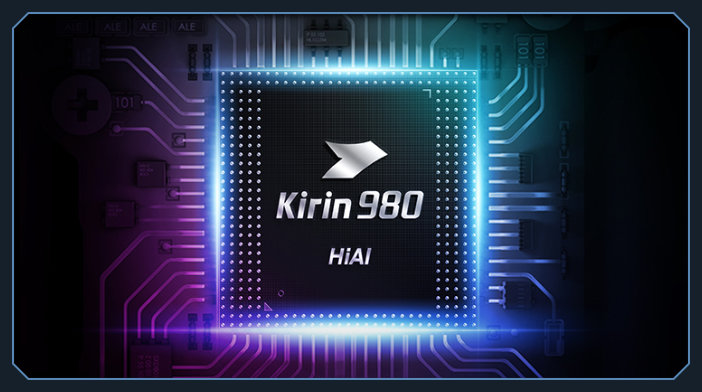 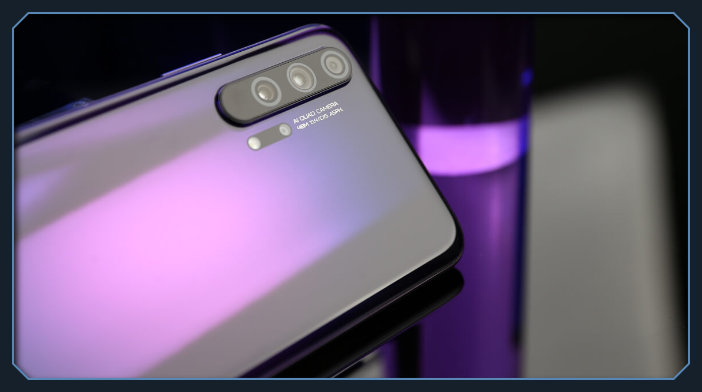 This is where this model proves it was aimed as the “flagship killer” for 2019, as Huawei 20 Pro brings the incredible quad main camera setup, still setting the bar high today. The main cams are made of four lenses, including a 48MP wide, 8MP telephoto, 16MP ultrawide lens, and a forth 2MP macro lens for extreme close-ups. The setup is completed by an LED flash and a laser auto-focus system, which works for up to 2m. The main 28mm lens has a high f/1.4 and provides ultra clarity. It can record in 4K at 30fps, along with picture stabilization, HDR, and other goodies. The full extent of this quad-cam combo is seen at night with Night mode on, which captures high detail, focuses adequately, and gives very true colors. The 32MP selfie cam has a 26mm f/2.0 wide lens. 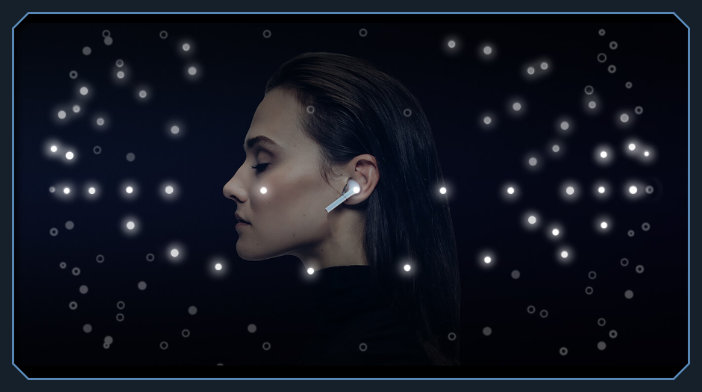 As far as this device’s sound output goes, the biggest drawback for all old school users is – no 3.5mm headphone jack. That’s right, Huawei decided not to include it on Honor 20 Pro mobile phone, while Honor 10 had it. However, the Smartphone comes with its USB 2.0 type-C port and adapter for 3.5mm on one side and USB-C on others, included in the package. The top speaker is tucked in on the very edge between the display and the top side, and it is turned towards the user, while the bottom speaker is facing downwards, which might prove inconvenient when playing games on your mobile, as with most of the Smartphones today.

Kirin 980 chipset is known to be one of the least power spenders, even during gaming… 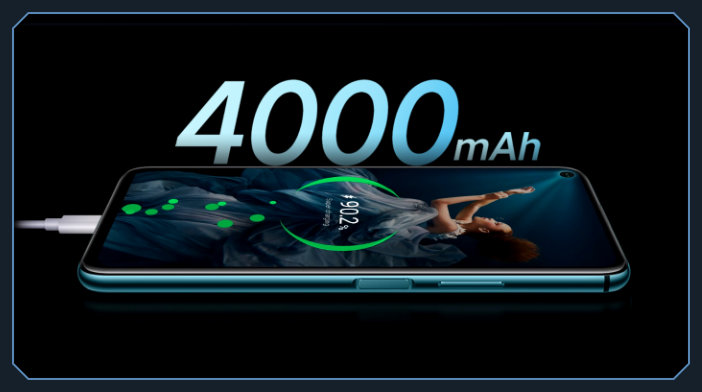 This Smartphone packs a solid 4000 mAh non-removable Li-Po battery which has a 104h endurance rating according to the manufacturer. The battery life is greatly prolonged by the fact that Kirin 980 chipset is known to be one of the least power spenders, even during gaming. The situation is further improved by the 22.5W fast charging capability that, as it is advertised, charges 50% in about 30 minutes. 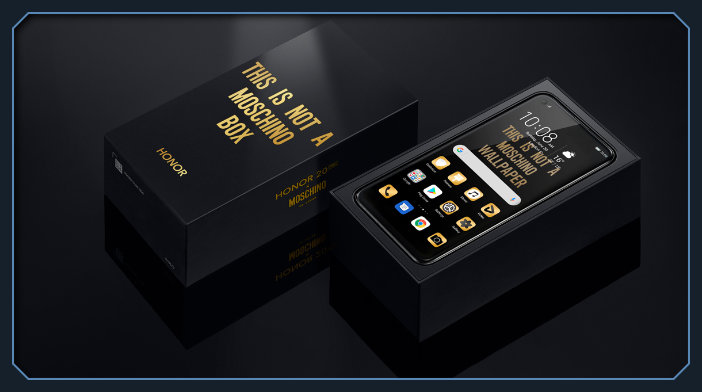 At its launch, Honor 20 Pro was around $670, which is well below the flagship price, which usually goes between $800 and $1000, or even higher. For such a prestigious camera setup, fast chipset, and overall excellent performance, this phone was a bargain and it was the “flagship killer” of its time. However, this price and this Smartphone’s quality did place it in mid to high class on the market. However, now, almost 10 months later, the price has dropped significantly and thus you can find a new model for as low as $330 bucks, half the price! Considering that this mobile phone still commands respect in some features and categories, it is worth considering.

No matter what new tech comes around, this Smartphone won’t be outmoded for at least a few more years… 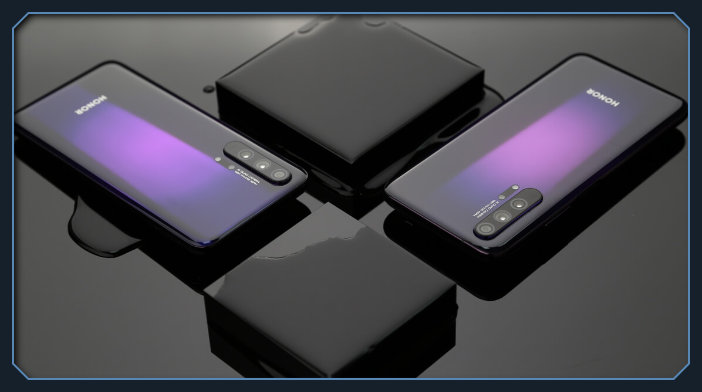 Honor 20 Pro was Flagship killer in a beautifully sleek and stylish package. The Smartphone does possess some outdated tech, like its Kirin 980 chipset, but it’s been 10 months and in the mobile phone world, that’s a lot. However, many flagship Smartphones that launch in 2020 still can’t beat its quad-cam setup or some of its other qualities. Considering this mobile phone currently costs around $330, there will always be users interested in it. No matter what new tech comes around, this Smartphone won’t be outmoded for at least a few more years.

All images on this page are taken from official websites, linked at the start of the page. By using an affiliate link in this article to purchase ROG Phone 2 or any other product within 24 hours of clicking on a link, you are helping the BMG team to continue doing what we do best. Thank you!

No matter what new tech comes around, this Smartphone won’t be outmoded for at least a few more years...