Rewrite The Rules of Photography

So, you think this Smartphone has the best looking back color? We do too, and Huawei knows they’ve struck gold with Huawei P30 Pro, as they’ve been incorporating the color shading ever since on later models. This particular model turns 1 this March, and one year after its release, it is still the bomb… However, its price has not fallen as it does with some other flagships. While many others seem to sink quickly, P30 Pro seems to still be sailing the flagship waters with its sails wide open, and it is no wonder when we look at it closer.

Phone does have the Google Play Store, Gmail, Chrome, and other Google Services… 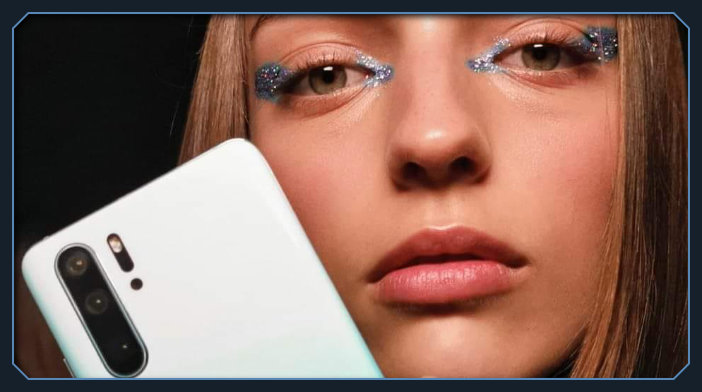 Some of you might be familiar with the “Phone Wars” as we called them, but for those who are not, Huawei’s P30 series presents a turning point in development. It is mainly because of something called “The Trump Ban”, which, in short, bans Huawei Smartphones from being sold on US soil. Being that the Chinese manufacturer and the USA were long-standing collaborators on their telecom infrastructure, certain models were let go and some leniency was shown. However, many American companies had to cut their ties with Huawei as well, including Apple and Google.

This means that, since the P30 series, these Smartphones will not have access to Google services. However, thanks to some runarounds and leniency deals between the two superpowers, this is the last model that has access. So, Huawei P30 Pro does have the Google Play Store, Gmail, Chrome, and other Google Services. However, the phone was not sold in the US, but there are ways to get it anyway.

The design is, in its basics, an upgrade of the P20 Pro…

Right off the bat, the shaded coloring on the back of the device is the hottest thing Huawei ever thought of. The triple color gradient look on the backside comes in variations of red, white, and green/blue. The design of Huawei P30 Pro is, in its basics, an upgrade of the P20 Pro and with the best features from the Mate 20 Pro. The backside holds the camera setup, which is the largest we’ve seen in a long while and, while this model’s cam is impressive, the size of it does make the Smartphone wobble a bit when placed on its back on a flat surface, without a case.

The SIM card tray, the charging port, and the speaker are all on the bottom side. The top speaker is behind the display, in the top portion. The right-hand side holds the power button and the volume control, while the left is blank. The shortcuts Huawei included in this P30 Pro model are as follows:

The top speaker, behind the Glass, is an earpiece speaker and does not count as a front speaker. It indicates where to put up your ear. The fingerprint reader is also behind the display glass, on the bottom portion, and it is the standard optical reader, which also indicates where to put the finger. The full dimensions of this Smartphone are: 6.22 x 2.89 x 0.33 in or 158 x 73.4 x 8.4 mm, and it weighs 6.77 oz or 192 g.

OLED lighting makes this screen pop. It is not the brightest in the market, but it looks fantastic regardless… 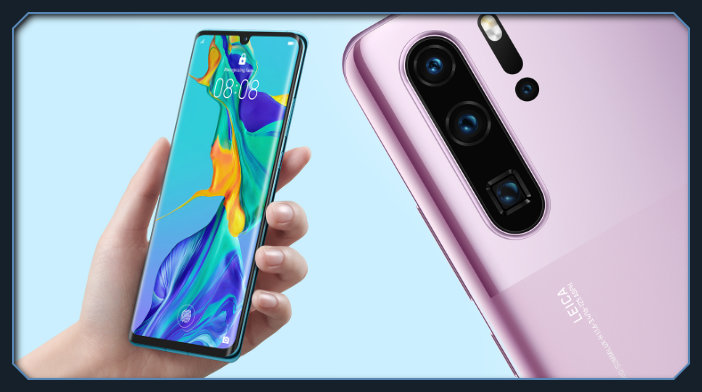 With the speaker and the fingerprint reader set behind the glass, this model has an 88.6% approximate screen-to-body ratio. Its display is a 6.47-inch or 102.8cm² OLED touchscreen with 16M colors, 19.5:9 ratio (398 PPI approximate density), and the selfie cam is located in a very small rounded notch on the top, quite discreet and inconspicuous. The rounded edges give a kind of a light fall-off effect, and the light coming from the sides is noticeable on the edges of the screen. However, OLED lighting makes this screen pop. It is not the brightest in the market, but it looks fantastic regardless. 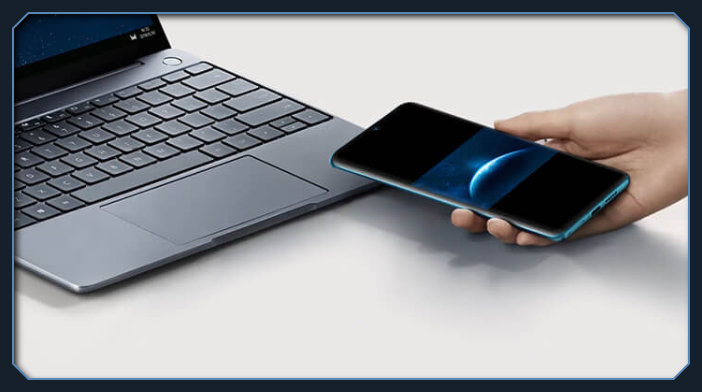 Huawei P30 Pro is powered by a strong core which, even after this phone is becoming outdated, is still strong. At the center of it is the HiSilicon Kirin 980 (7nm), a fantastic Chipset and the first one of its kind. The CPU is made of an eight-core 2×2.6 GHz Cortex-A76 & 2×1.92 GHz Cortex-A76 & 4×1.8 GHz Cortex-A55, whatever that means. And, last but not least, the GPU is the Mali-G76 MP10, traditional Huawei’s graphics processor for most of the newer flagship models. This Smartphone comes with Android 9.0 but you can upgrade to 10.0 and it uses the EMUI10. Games, multitasking, and all other things you want to do with this phone will feel smooth and fast.

The zoom range on this model is so ridiculously strong, that it is in between a fun gimmick and a creepy tool… 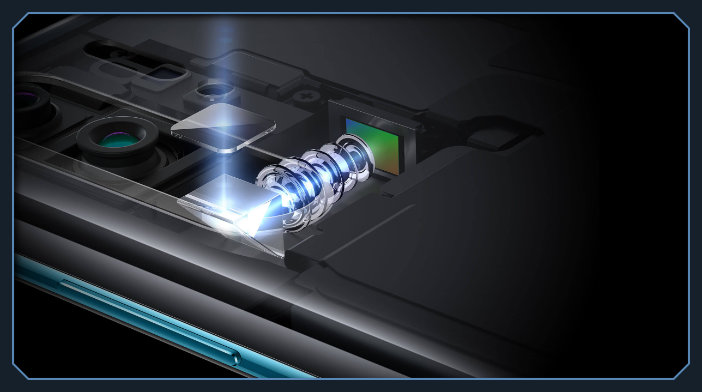 This Smartphone has a quad-camera setup and, at the time of its release, it was a serious contender to the throne of the best camera Smartphone. There are four sensors but three cameras on the back, and that is the 40MP main sensor, the 20Mp ultrawide, the 8MP periscope zoom, and the fourth lens is the TOF (time of flight) 3D depth sensor. And, Huawei P30 Pro’s camera has won the 2019’s market in two categories, the Zoom Range and the Low Light performance.

The zoom range on this model is so ridiculously strong, that it is in between a fun gimmick and a creepy tool. The periscope zoom goes to an astounding 50x zoom, which means you can zoom in on a pencil that is placed on a desk 60 feet away from you. However, after 20x zooming, the photo quality does begin to decline. The ultrawide lens also performs admirably, while the Night Mode is the game-changer for this model. It snaps photos in pitch dark like you have daylight there, it’s insane!

As with most Huawei models, the sound is not exactly their focus… 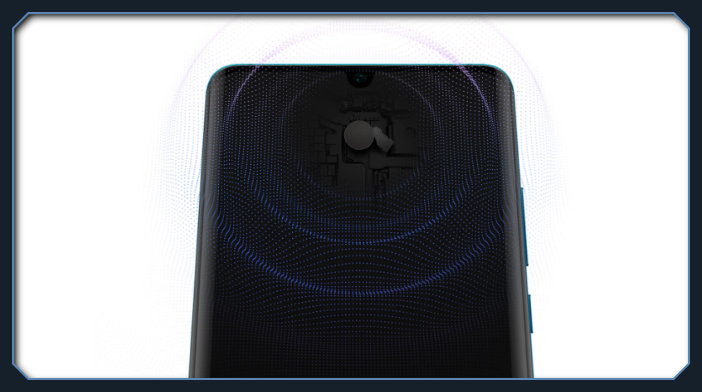 As with most Huawei models, the sound is not exactly their focus and it is the same with Huawei P30 Pro. The bottom speaker is placed on the bottom side of the device, which is traditional for many Flagship Smartphones today. The top speaker is behind the display, as mentioned, serving just for calls and it is muted if your device is not close to your head. Despite this, that bottom speaker is loud and it can serve a purpose, just not for any meaningful use. Also, there is no 3.5mm headphone jack, meaning you need to purchase an adapted cord if you have headphones with that port.

With standard use, calls, snaps, and chat, it can hold up to two days no fuss… 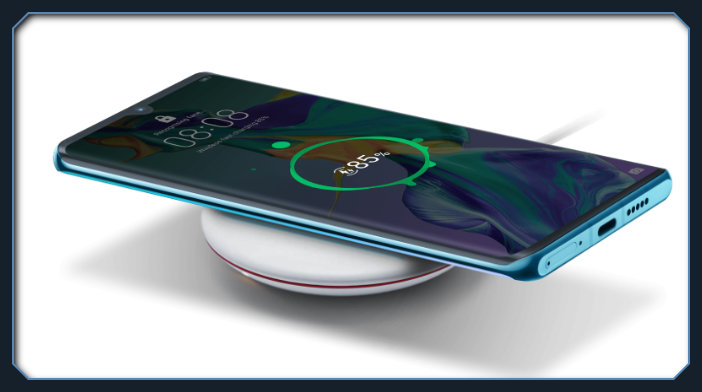 Huawei P30 Pro is powered by a 4200 mAh Li-Po non-removable battery that performs fantastic. With standard use, calls, snaps, and chat, it can hold up to two days no fuss. The best of all, it has a 40W fast charging capability and it charges up to 70% for around 30 minutes, as advertised by the manufacturer. It also has 15W fast wireless charging and supports reverse wireless charging, meaning it can work as a power bank.

Because of its high-end features, also its camera, the price did not go down that much after 1 year… 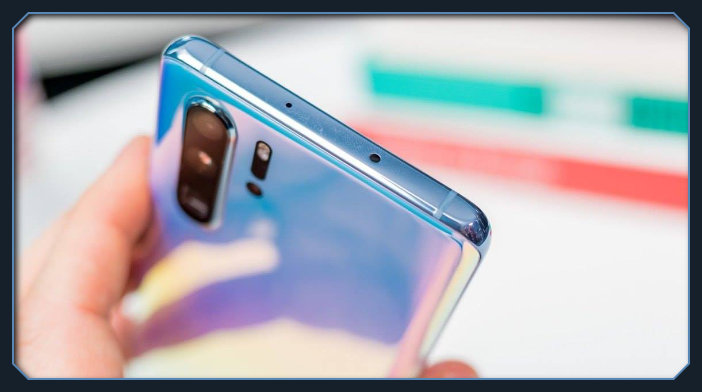 At the time of its release, the Huawei P30 Pro pre-order price was $899. This is not the biggest price and it is certainly in the lower portion of the standard Flagship range ($800-$1000). Given its features and the fact that it was (and still is) the best night time camera Smartphone on the market, that was not a lot to pay. However, because of its high-end features, also its camera, the price did not go down that much after 1 year. Now, this model can be found at around $600-650 bucks. It is still over $150 less than it was in March 2019, but it’s not cheap either.

It is a high-class device still and it is still quite popular, enduring the test of time for 1 year… 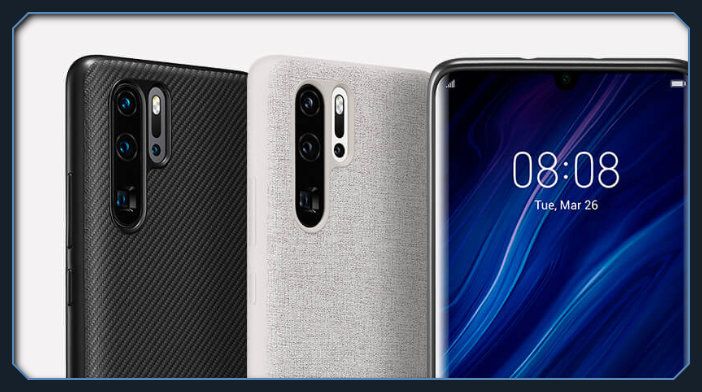 At a relatively high price of around $620 bucks, Huawei P30 Pro is still pricey for a 1-year-old Smartphone. Many other flagships go down more than half the price during that time, which goes to show its quality remained and endured. It is a high-class device still and it is still quite popular, enduring the test of time for 1 year. It still leads the market in night mode photos and zoom, the camera is great otherwise, the features are good, and it is powerful for mobile gaming. Taking into consideration that it is still flagship-quality and that it costs a bit less than a new flagship would, it is a decent contender on the market and Huawei needs to do much to outdo themselves on this model.

All images on this page are taken from official websites, linked at the start of the page. By using an affiliate link in this article to purchase this or any other product within 24 hours of clicking on a link, you are helping the BMG team to continue doing what we do best. Thank you!

A high-class device and still quite popular, enduring the test of time...