Mobile MMO RPG’s keep getting better and better, especially in their appearance, and Perfect World Mobile is currently at the pinnacle of that development trend. Of course, the MMORPG genre is sacred and it is not to be touched; all developers understand that of course. These types of games thus either attract you or they do not, and if they do then this title is probably the most advanced game of its kind on mobile devices you can play right now. 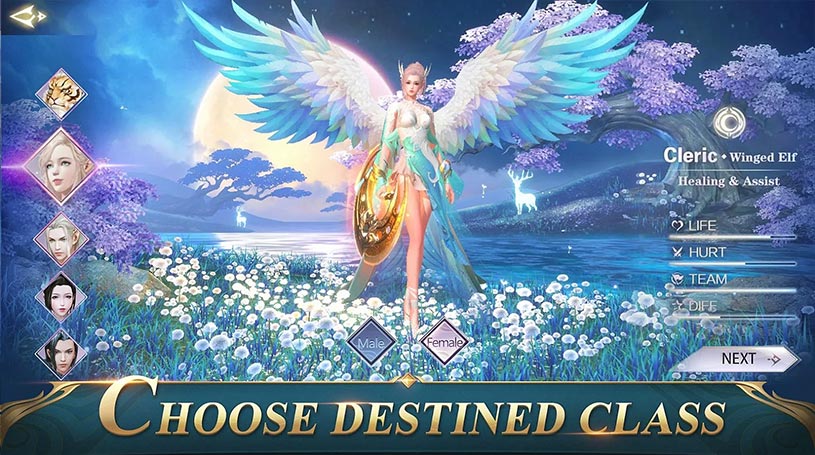 This mobile game is actually a mobile version of Perfect World PC game, made by Beijing Perfect World. It was ported by Perfect World Games, their own house branch, and published as well by their media branch. The original PC game was released back in 2005 in China only and it spread from there over the past decade and a half. It was particularly praised by its heavy featured Chinese mythology content.

All these mentioned features are brought into this new mobile version of the game. It comes with incredible 3D graphics and appearance with a familiar game setting. It was released on September 9 and it already has some impressive scores. On Google Play, Perfect World Mobile scored 4.2 from over 14K votes. On iTunes App Store, it has an even higher 4.5-star rating and is #120 in Role-Playing so far. Other notable works by this developer include Torchlight I & II, Neverwinter Online, and similar titles. 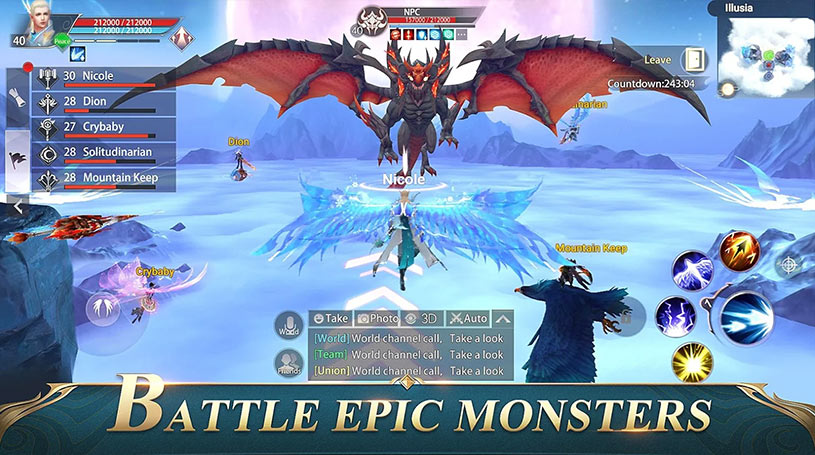 As the publisher’s own description of the game states, this title is a grand return of the original series, and it brought back the original beautiful setting and scenery. Although it is the same mythical world of Pangu, the story plot of the game is new, completely different from the PC counterpart, but you do move through the same towns, ports, and even encounter the same NPCs. In Chinese mythology, Pangy is, in some versions, the first living who created the whole (or some) of the mythology there. The game is set in such a time where the mythology is very alive, with all the various races which can fly, use magic, and do awesome stunts. 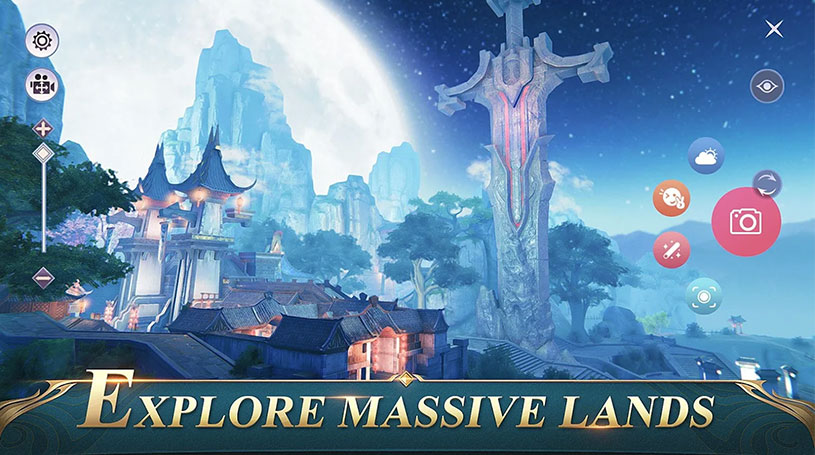 As any MMORPG, this title will feel quite familiar for the developer’s haven’t messed with the genre’s highpoint much. However, the skills and abilities the characters possess are quite innovative in terms of the genre and gaming in general. For instance, a winged elf cleric has wings and can fly, other classes have jump, double jump, and can even combine it with other abilities to practically fly for a prolonged time. Out of combat, there are mounts and flying mounts. 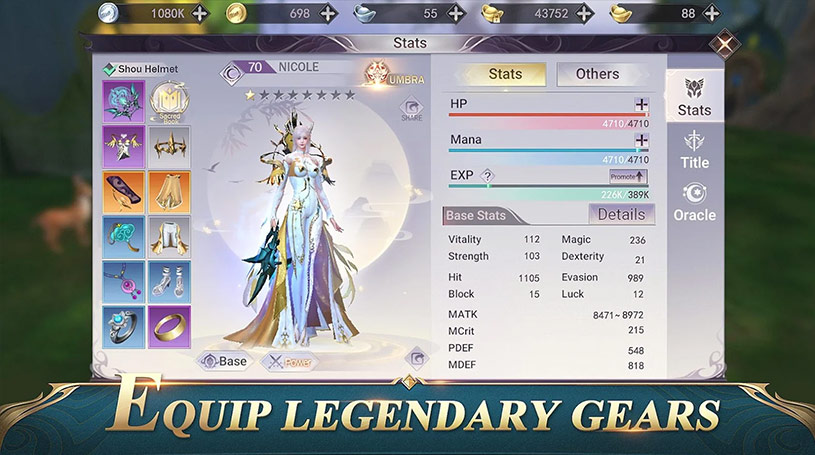 One feature Perfect World Mobile possesses that has pushed the boundaries of the genre for mobile games and it does not concern appearance, is the character ability ‘wheel’. Namely, like all MMORPG games, the abilities for your character are organized in a circle, with 6 main ability buttons grouped. However, you can also swipe the ability ‘wheel’ up or down and get to four more ability slots. And, on top of that, there is a bonus ability bar above the ability wheel, with some utility abilities…so, that’s a lot of abilities.

As mentioned, this game is currently undoubtedly at the very top of mobile video games regarding appearance. It features 3D graphics with incredibly precisely detailed models. Everything is crystal clear and animations work flawless, provided you have a Smartphone strong enough to run it. The environment and the scenery is so advanced that it looks identical to a high-end PC game. 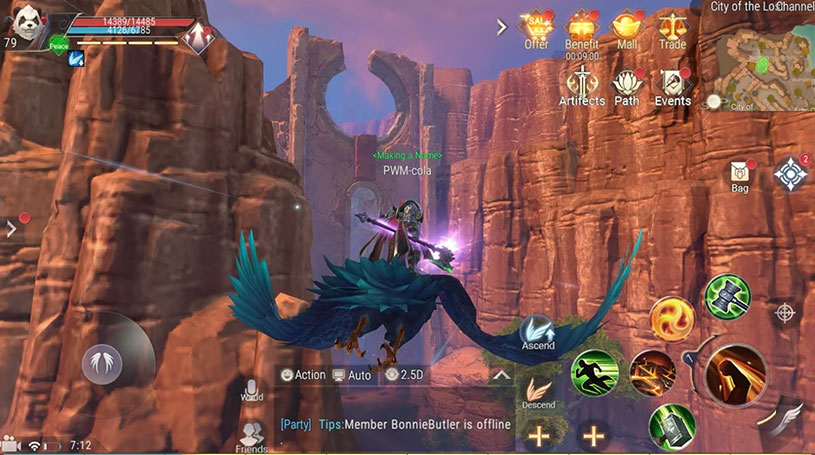 Perfect World Mobile is the perfect way to bring back an old school cult favorite MMO game. Back in the day, this game competed with the World of Warcraft, which was at the height of its fame, and thus it only gathered a moderate amount of players. But, what fans it gathered remained loyal and people are now happy to see this game return in such high-class style. If you have a decent Smartphone which can run it with Max settings, you will have one hell of a time.

Perfect World Mobile is the perfect way to bring back an old school cult favorite MMO game. If you have a decent Smartphone which can run it with Max settings, you will have one hell of a time.