Steins Gate is a quite peculiar anime show which mixes hard science fiction with a ridiculous amount of fanservice, creating quite popular but also a quite messy result. Another curiosity concerning this animation is that it is not based on a manga, but it is rather an adaptation of a video game. The video game itself is made in a typical visual novel format, however, it came out average at best, mostly because of the character of the protagonist, which was insufferable. 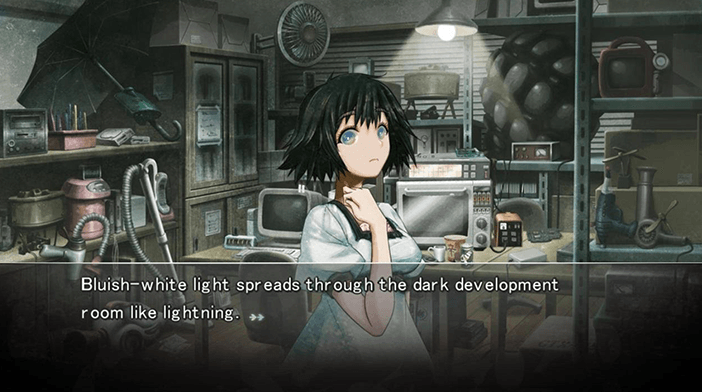 The first impression about Steins Gate Elite is that the protagonist is left unchanged, in all his scumbag glory. Depending on your choices, he may turn out more or less horrible human being, and the worst ending of all makes you regret you have ever played as this person. Ironically, the worst ending is also the one that makes the most sense.

Apparently, the writing is the same, for better or worse. The thing that is different is the artwork, which was completely taken from the anime adaptation of the first game. The first Steins Gate game had static 2D images, which is bread and butter of visual novels, while Elite uses the footage from the anime to fit in the dialogue from the game. There are a lot of repetition and still images, but it is at least better from the original. Some people might feel put off by this solution, thinking that the anime stylisation can’t really capture the weird and grim look from the first game. 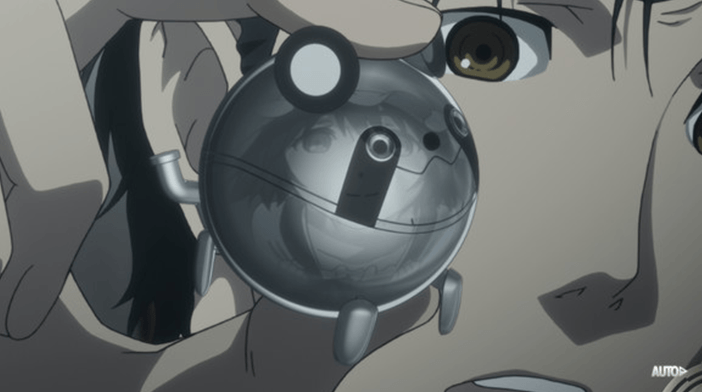 The visual stories told by selected video clips which take a pause on a frame whenever you have to set the story moving. This approach makes you notice all the malingering the developers did in order to save time and money, but this kind of visual presentation is arguably better and more appealing than the original.

On the other hand, the improvement of the gameplay is noticeable, and one of the most prominent things is that now you have to open every single text that comes through, and that the game stops at major decision points, meaning that you cannot accidentally get the bad ending because you failed to react in time.

Forums are also much better, with improved clarity and bigger fonts. Additionally, now you can fast forward dialogue from the beginning, so you can skip all the time travel related content, which occasionally tends to clog the narrative flow of the game.

Steins Gate Elite is quite a polarizing game. As much as there is a lot to like about it, there is a lot to dislike too US army list. The script is zany, over the top with drama and very not politically correct. Sometimes our protagonist sexually harasses various women without your approval, and some of the jokes are relying on homophobia and transphobia (one of the characters is a transgender girl).

Steins Gate Elite also has an elite price tag. It’s plain ridiculous to put $60 price for a 4 years old game. If you have a PS Vita alive somewhere, or you don’t mind playing on mobile, then it might be better to try the original game. Or you can watch the entire anime on Netflix or better Crunchyroll, they have a Zero season too.

Steins Gate Elite also has an elite price tag. It's plain ridiculous to put $60 price for a 4 years old game. If you have a PS Vita alive somewhere, or you don't mind playing on mobile, then it might be better to try the original game. Or you can watch the entire anime on Netflix or better Crunchyroll, they have a Zero season too.