Hello everyone, welcome to our Quidditch section for Harry Potter Hogwarts Mystery. Quidditch is a huge part of Wizarding World, and you have the chance to experience it in Hogwarts Mystery. Quidditch is unlocked once you complete Year 2 Chapter 6, and it is accessible from the Side Quest window. In Hogwarts Mystery, Quidditch is split into Seasons and each Season contains a number of chapters. While Quidditch story is not related to the main story, it will reference some parts of it. However, the Quidditch content is entirely optional, so if for some reason you dislike it, or don’t want to take part in it, you should still be fine as it won’t affect the main story in any significant way. Also, while playing Quidditch content, you will get to unlock additional friends, which in itself is a nice incentive to play it.

Below are the links and short descriptions for each of the Quidditch Seasons. This content will get updated on a regular basis. Simply click on the picture of the Season you want to check out and you’ll be taken to that section. 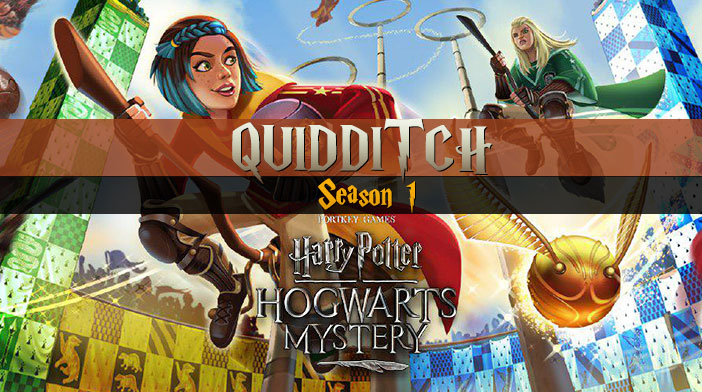 This section contains the detailed Walkthrough for Season 1 of Quidditch. This is pretty much when you’ll get introduced to it, learn its rules, and so on. You will also get an opportunity to join your House team. Other than that, you will make some new friends, and most importantly, you will get to play Quidditch as an entirely new game mode. 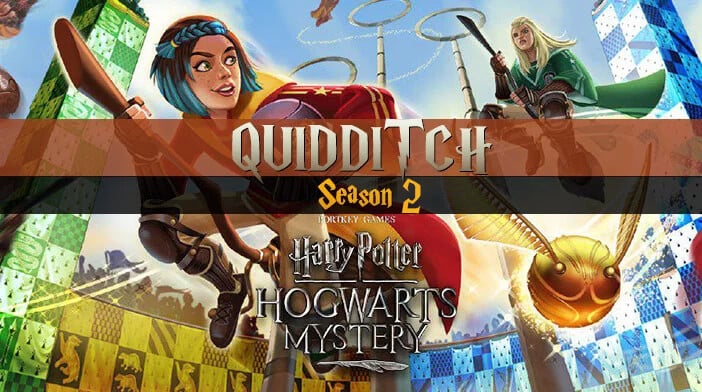 Here you will find the extensive Walkthrough for Season 2 of Quidditch. After becoming a Chaser for your house team, you will be presented with new challenges, opportunities, and story filled with excitement. This time, you will get the chance to play Beater, an entirely different position from the one you played during the previous Season. 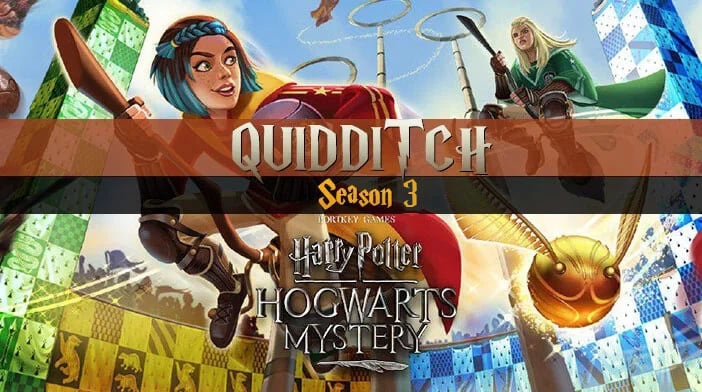 This section contains the detailed Walkthrough for Season 3 of Quidditch. During this season, you will get the chance to play Keeper for your house team, which is vastly different from playing Beater or Chaser. Will you be able to help your team win the Quidditch Cup as a Keeper? Dive right in and find out. 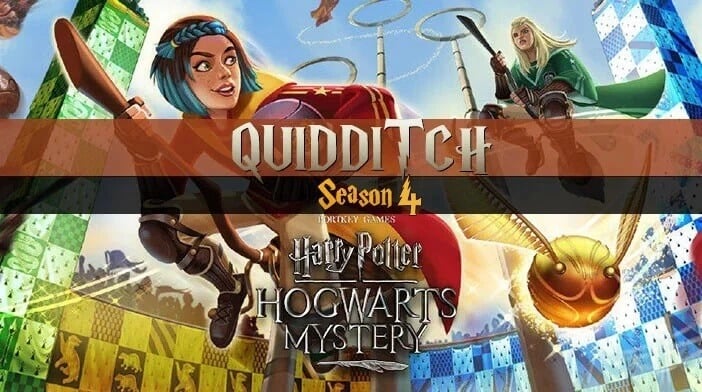 Here you can find the extensive Walkthrough for Season 4 of Quidditch. During this season, you’ll get the opportunity to play Seeker for your house team. On top of that, you’ll be the one to lead the team during the season, so there will be a lot of responsibility on your shoulders. Will you be able to handle it and help your team win the Quidditch Cup? Only one way to find out. 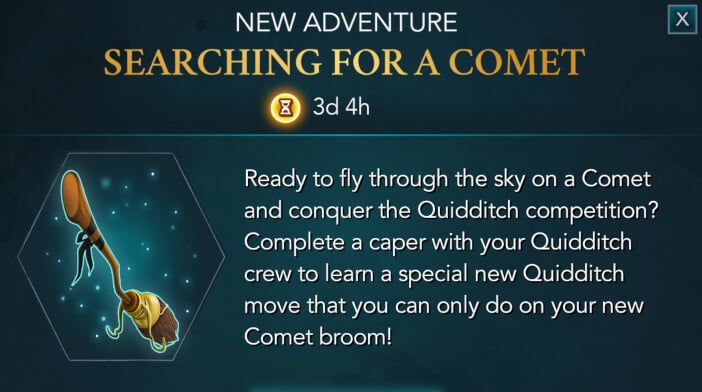 Searching for a Comet Adventure

Here you can find the extensive Walkthrough for Searching for a Comet Adventure. This adventure becomes available after completing Season 1 Chapter 8 of Quidditch. During it, you will get an opportunity to earn a Comet broom as well as a special Quidditch move associated with it. 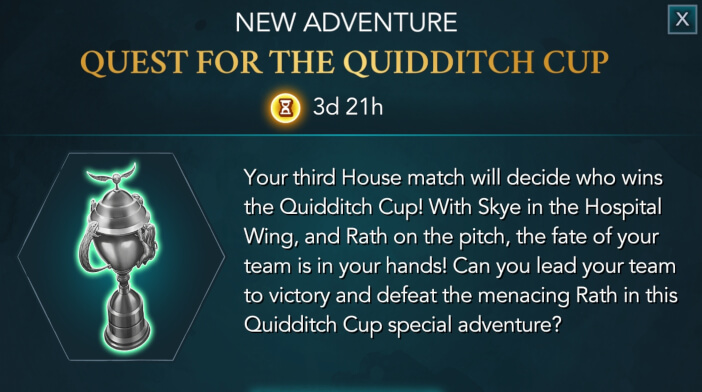 Quest for the Quidditch Cup Adventure

This section contains the detailed Walkthrough for Quest for the Quidditch Cup Adventure. This adventure is available for students who completed Season 1 Chapter 11 of Quidditch. During it, you will get to play the final House match against Erika Rath’s team. If you manage to win, your House will claim the Quidditch Cup! 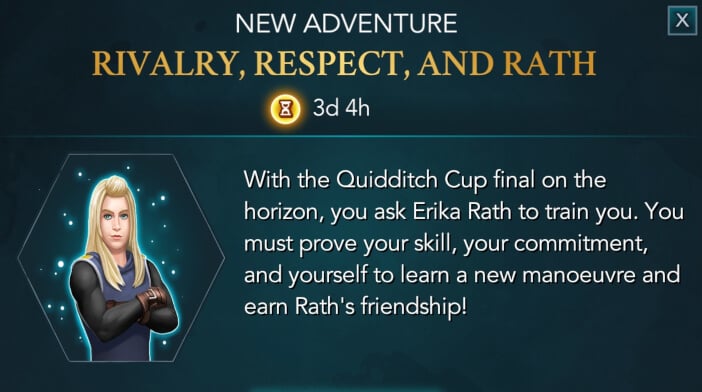 Here you can find the detailed Walkthrough for Rivalry, Respect, and Rath Adventure. This adventure will unlock for students who completed Season 2 Chapter 8 of Quidditch. During it, you will get the opportunity to convince Erika Rath to help you train for the upcoming Quidditch Cup final. But that’s not all, if you complete this adventure in time, you will also get to become friends with Rath. 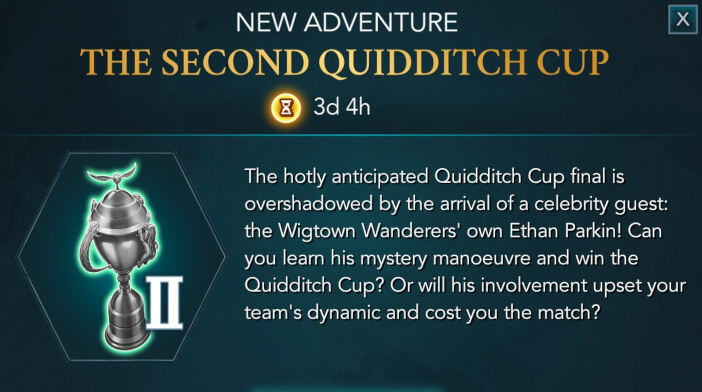 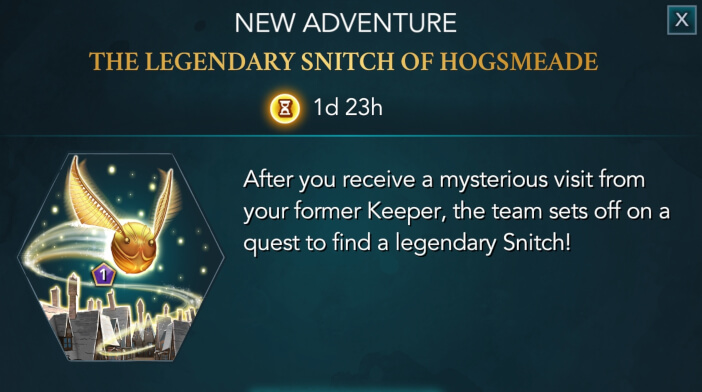 The Legendary Snitch of Hogsmeade Adventure

Here you can find the detailed Walkthrough for the Legendary Snitch of Hogsmeade Adventure. This adventure should become available after completing Season 3 Chapter 8 of Quidditch. During it, your former Keeper will visit the team and tell you about the Legendary Golden Snitch of Hogsmeade. According to the legend, the team that finds it will win the Quidditch Cup. Do you have what it takes to catch this legendary Snitch? Dive right in and find out! 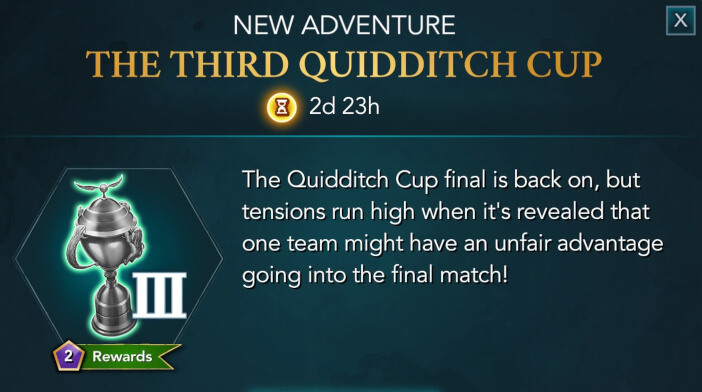 This section contains the extensive Walkthrough for the Third Quidditch Cup Adventure. This adventure will become available after completing Chapter 11 of Season 3. During it, you and your teammates will be able to compete in the Quidditch Cup final. However, winning this match won’t be an easy task. 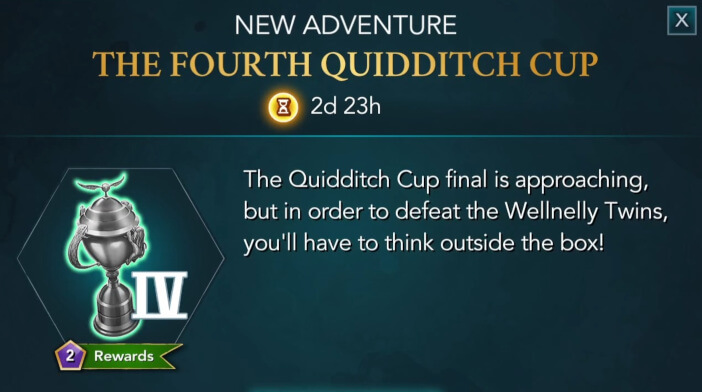 Here you can find the detailed Walkthrough for the Fourth Quidditch Cup Adventure. This adventure unlocks after completing Chapter 11 of Season 4. During it, you and your teammates will finally get to compete against the Wellnelly twins in the final match of the season.

The most exciting feature the Quidditch brings to Hogwarts Mystery is allowing the players to finally experience this wizarding sport firsthand. As most of you are well aware, Quidditch is the most popular wizarding sport, and it is just as popular among wizarding folk as the football is among muggles. The Quidditch got its name from Queerditch Marsh, the place where the first recorded game was held. Ever since then, Quidditch has evolved and the details about its history, rules, and evolution can be found in a book called Quidditch Through the Ages, written by Kennilworthy Whisp.

Not too long after starting the Quidditch, you will get to watch your first Quidditch friendly with Penny. You will learn that your Hufflepuff friend is a huge fan of this wizarding sport, but that’s not all. You will also learn that she is rooting for your House team, even if you are not Hufflepuff. The reason for this is Skye Parkin, a Chaser of your House team. After watching that Quidditch game, things will drastically change for you. You will inevitably be pulled into the world of Quidditch, and not long after that, you will discover that you have an innate talent for this wizarding sport.

Penny will be the one to convince you to tryout for your House team, and you will find yourself preparing for that. However, the road to becoming a Quidditch player for your House team will be a bumpy one. You will have to learn a lot about the history of this sport, its rules, and that’s just one part of it. You’ll also need to demonstrate great skill with a broom, as well as quick thinking and reflexes. And to top things off, you will need to understand a lot about strategy, teamwork and coordination as well. While all of this may sound intimidating at start, with some hard work and dedication, you might be able to pull it off and become the newest member of your House team.

While playing Quidditch chapters, you will be able to meet, get to know, and ultimately befriend some new and interesting characters. One of those is Skye Parkin, a Chaser of your House team. Skye is a member of the Parkin family, a family which founded Wigtown Wanderers back in 1422. Her father is Ethan Parkin, a famous Quidditch player. You will be able to learn a lot about her goals and aspirations, and eventually become friends with her. During the Quidditch chapters, Skye will train you in order to help you succeed at your tryouts for the team. She will see a lot of potential in you, and since one of her goals is winning the Quidditch House Cup, she will want you to become one of her teammates in order to achieve that goal. However, Skye’s training is very strict, and you will soon discover that it is nothing like a usual Flying Practice you experience during regular Flying classes. This time, you will have to learn to react fast to your surroundings, and you will need to be able to keep your composure under severe conditions. For example, you will need to be able to mount a hexed broom, demonstrate quick thinking, fast reflexes, and much more if you want to become a member of your House team.

Other than Skye, you will also meet Murphy McNully, a student from your House who is an avid fan of Quidditch. More importantly, he is a Quidditch Commentator, aspiring to become a professional one day. He is perhaps, one of the biggest Quidditch fanatics you’ll meet. He even commentates on friendlies and practice matches, and he does so with immense passion and dedication. Once you get to know him, you will learn that he is really good when it comes to statistics and numbers. While most students might find this slightly annoying, Murphy doesn’t mind it. In fact, he is very cheerful and lighthearted person, and he won’t hesitate to help you become a newest member of your House team. Given how knowledgeable he is when it comes to Quidditch, he will aid you by teaching you some important strategies that could help you tremendously. Other than Quidditch, Murphy enjoys playing wizard chess, and you will even get an opportunity to play it with him.

Another interesting person you will meet is Orion Amari, Captain of your House team. Once you meet him, you will realize he’s nothing like an ordinary Quidditch player, or even Captain. He may seem very weird and awkward at start since he is quite an unusual person. Not just that, but he often employs strange and unorthodox strategies, which could make you question his methods. However, you will eventually get to know him, and realize there’s more to him. Also, Orion and Skye are not really on the best of terms, which might make things a bit difficult.

In any case, Quidditch brings a lot of new things to Hogwarts Mystery, and without a doubt is something that the playerbase was asking for ever since the game got released. Now, it is finally possible to not just play Quidditch, but also experience a whole new story, filled with interesting characters, engaging storyline, and many hours of fun and entertainment.

Slughorn Vs McGonnagal – Who supports their House better?