Hello everyone, it’s been quite a while since Year 6 of our Hogwarts journey started. After everything that happened near the end of Year 5, we were left with a lot of questions, some of which are yet to be answered. The developers surprised us quite well with that shocking betrayal by Madam Rakepick. While some players did see it coming since there were clues and foreshadowing of her betrayal all over the place, for some of us, it was way too obvious. Still, one can’t help but wonder, what were Rakepick’s motivations to betray us? Why is she working with ‘R’? Was Mad-Eye Moody right when he called her ‘a minor player’? And if she is, who could be pulling the strings? All of those, and many other questions are yet to be answered, and without a doubt, we will find more about this soon enough.

According to some of the datamined info, Mad-Eye Moody will return very soon, and he will tell us some crucial information. First of all, ‘R’ has some of the former Death Eaters within its ranks. And that’s not all. There is a high possibility that the assassin ‘R’ sent after you is an escapee from Azkaban. With this new information in mind, the whole situation might be a lot more serious than it initially seemed. An Azkaban escapee and the former Death Eaters… that is definitely a lot to take in, and time will tell if and how we’ll be able to deal with those threats.

On a positive note, it looks like the next adventure will most likely be released tomorrow. This one will involve Chiara as one of the key characters. We will also be given an opportunity to meet Remus Lupin, one of the members of the Marauders, and we’ll get to know more about him. In the end, if we manage to complete this adventure in time, we will get to befriend Chiara and add her to our list of friends. This will open a lot of new and interesting ways to get to know her better, which is what the fans of Hogwarts Mystery were asking for, ever since she was introduced into the game a year ago. As a reminder, last year, The Halloween Feast adventure was released a week before Halloween, so it is safe to assume that this adventure will more than likely follow the same pattern, meaning it will probably be released tomorrow. 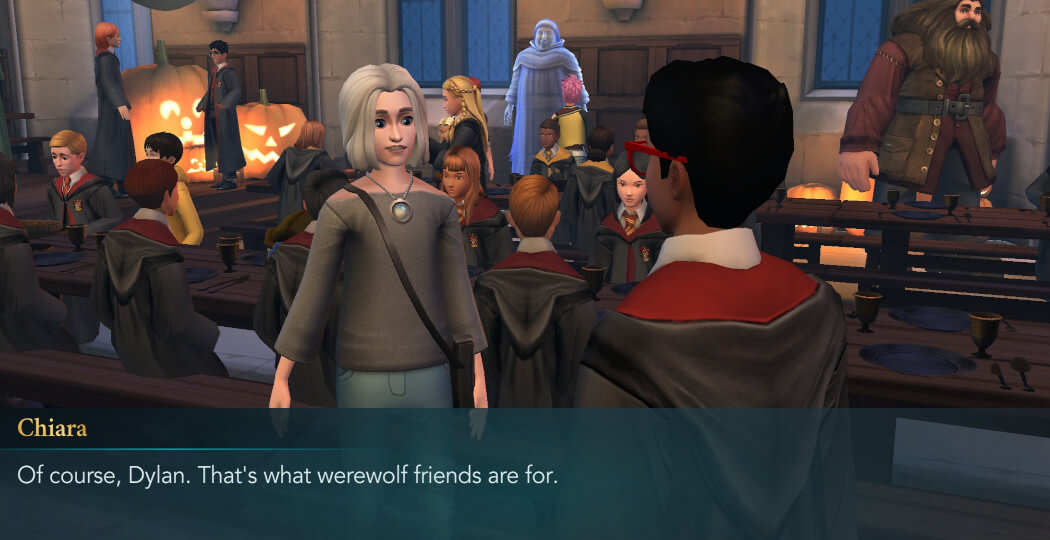 We are also getting our first Quidditch adventure fairly soon. According to the datamined info, this one will feature us getting a brand new Comet broom. Like most of the other ones, this adventure will be time-limited, and it will be approximately the same length as most of the regular adventures.

As for the side-quests, we will soon get the side quest involving the crup pup. In order to complete it, we will have to obtain a crup pup as a pet. As for Hagrid’s friendship quests, the next part of the questline will involve the Welsh Green dragon. Since both the cruppy and the Welsh Green cost a considerable number of notebooks (120 brown for cruppy and 60 red and 30 blue for Welsh Green), now might be a good time to start saving those.

As for the other stuff that wasn’t datamined yet, it is quite safe to assume that we will more than likely get another Christmas Holiday adventure. The first one was very well received by the community, and it would be a shame not to release another one. Also, it’s just a matter of time before the developers continue the romantic adventures of our characters by introducing the Second Date adventure. This is quite a safe assumption since the First Date adventure was by far the most popular adventure in Hogwarts Mystery.

All things considered, the future is looking very bright for Hogwarts Mystery, and hopefully, the developers will keep listening to the community’s feedback, which should make the game more fun and enjoyable for everyone.